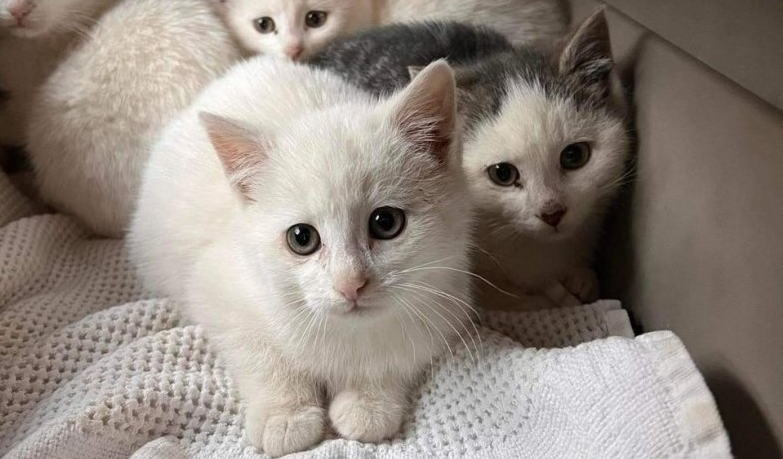 A homeless cat mother took care of five kittens, although she herself was weak and in need of care. They were noticed by kind people who informed the volunteers about the cat family. 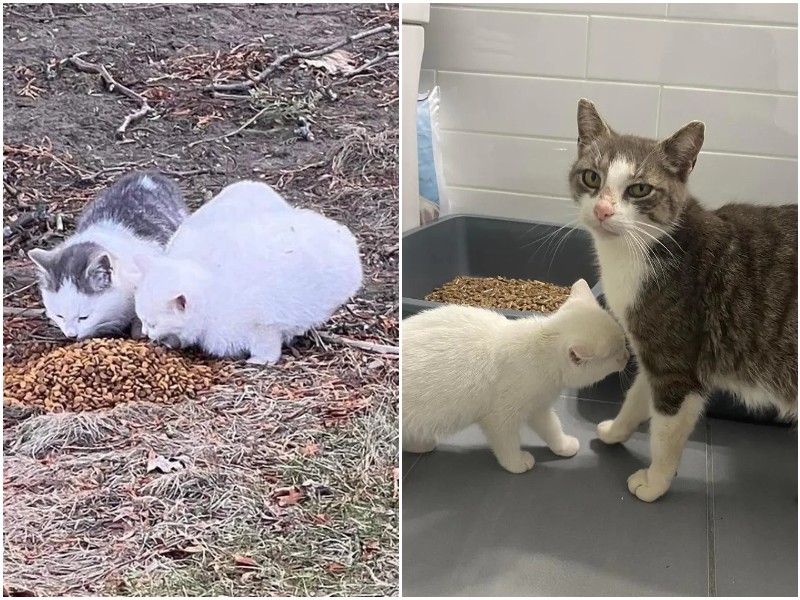 Residents of the Canadian city of Ontario noticed a feline family on a back street – a mother cat and five kittens. They immediately decided to help and contacted Dorset Rescue Kittens. When the rescuers arrived at the place and poured food for the cats, the whole family immediately ran to eat. The poor animals were hungry. 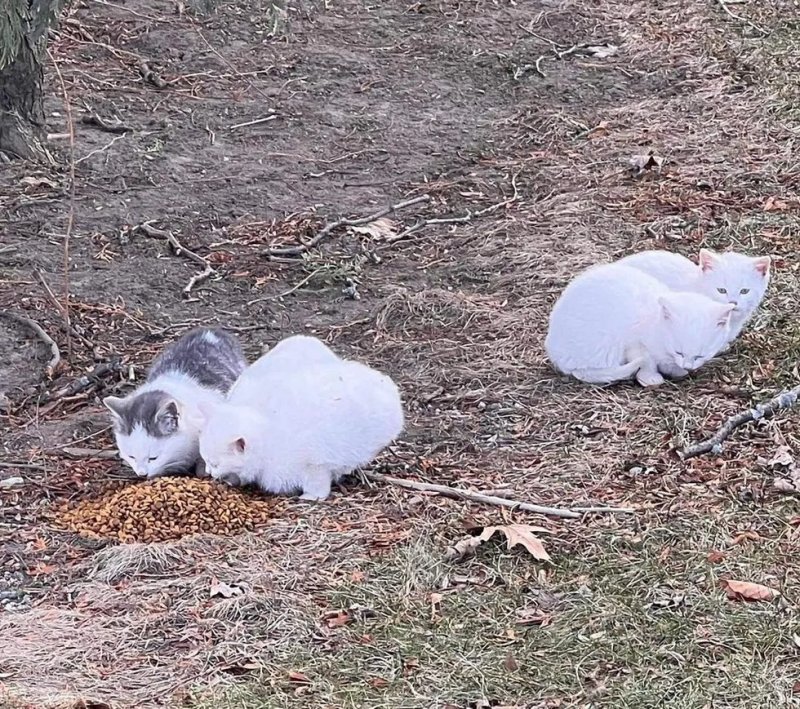 Later, the rescuers took all the kittens and the mother to their shelter. They named the mother cat Coco and determined that she was about five years old. She supposedly lived all her life on the street – but despite this, she was calm in the presence of people. 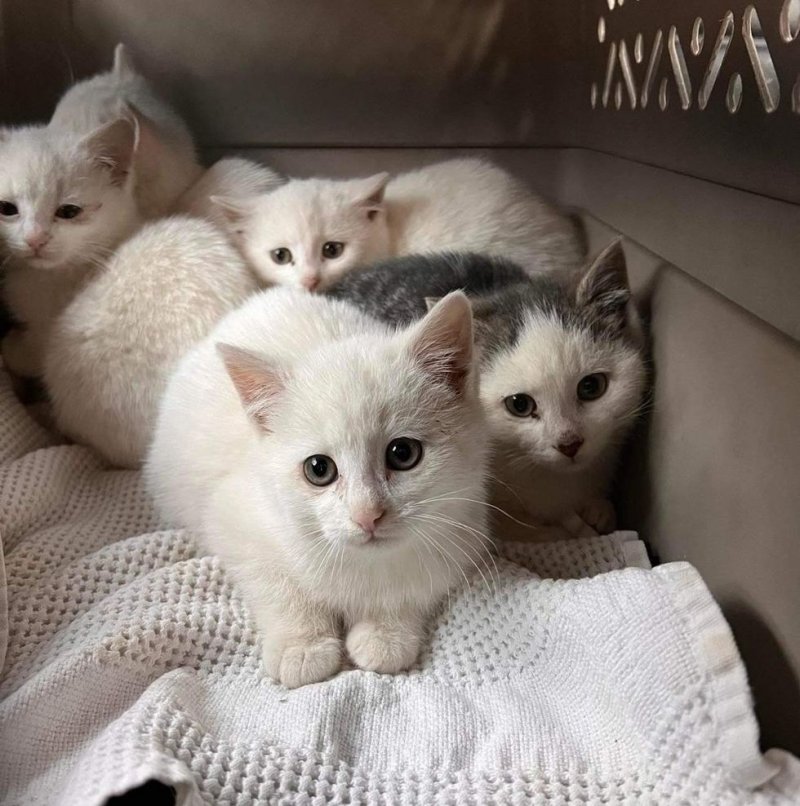 At first, the kittens were afraid of the new environment, but over time and thanks to the calmness of their mother, they learned to trust. One of the babies was very attached to her mother. The baby, named Chanel, was a little smaller than her relatives, and always lay next to her mother. 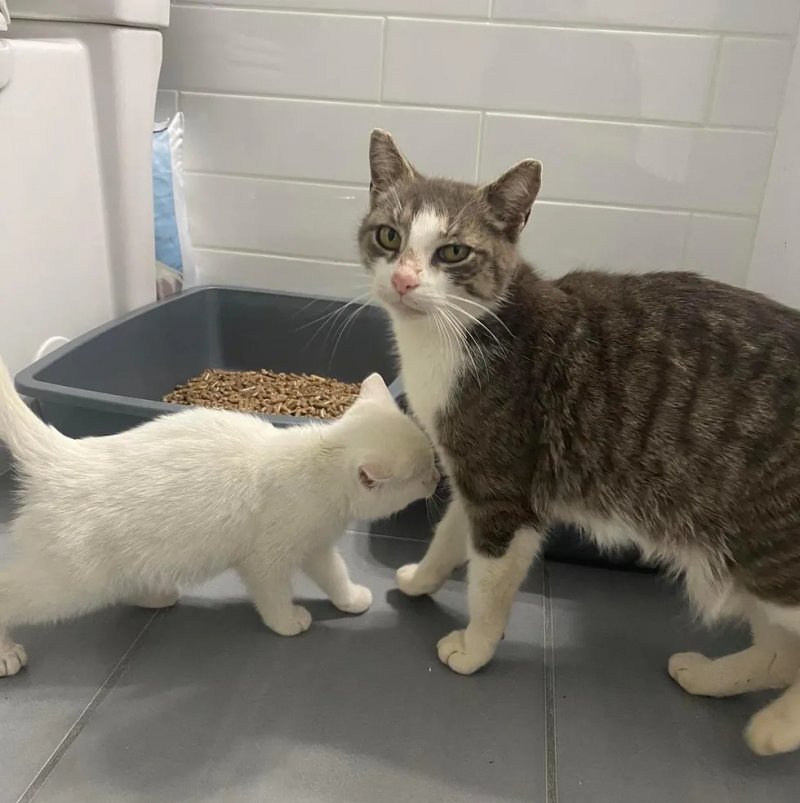 It was clear that Chanel really needed the support and warmth of her mother. She spent all her time next to her, and the mother cat was only glad of this. While the other kittens played together, Chanel always came to her mother and hugged her. 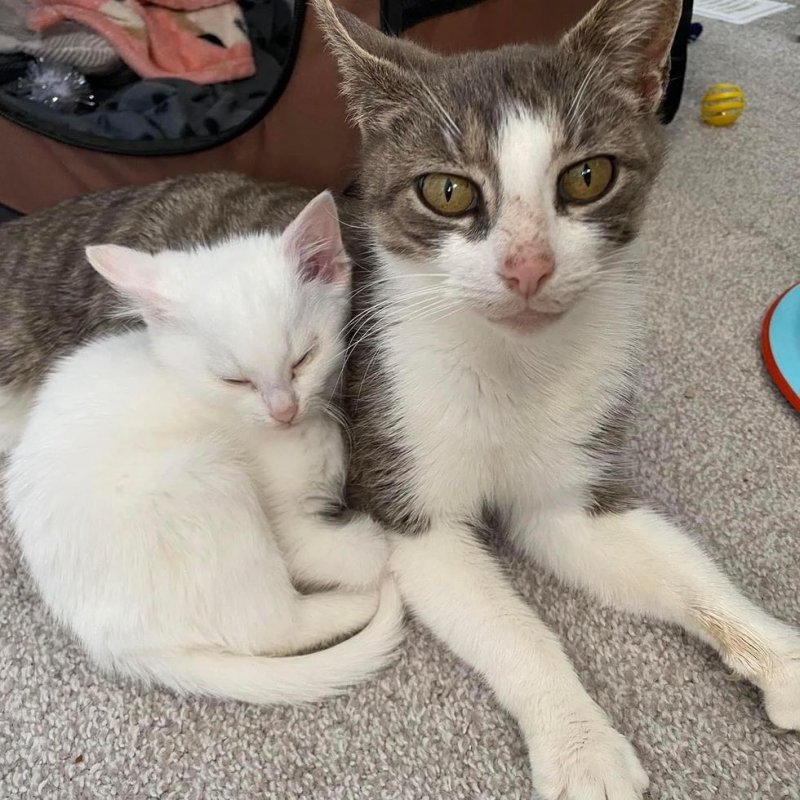 Now they are looking for owners for the whole cat family. And mother and daughter Chanel are going to give only together – they are very attached to each other. We wish all furries to find a home soon! 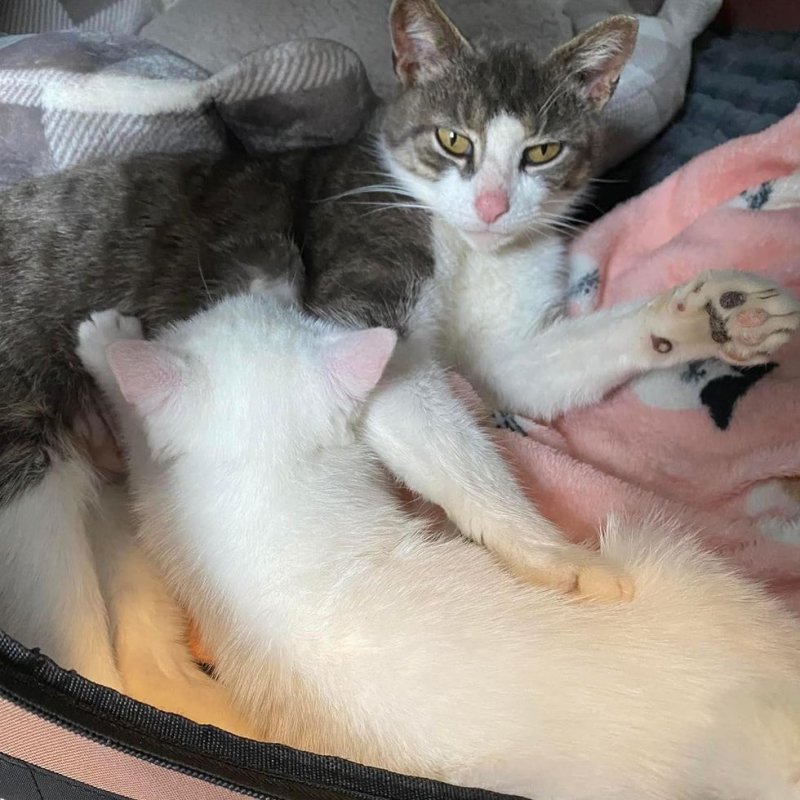 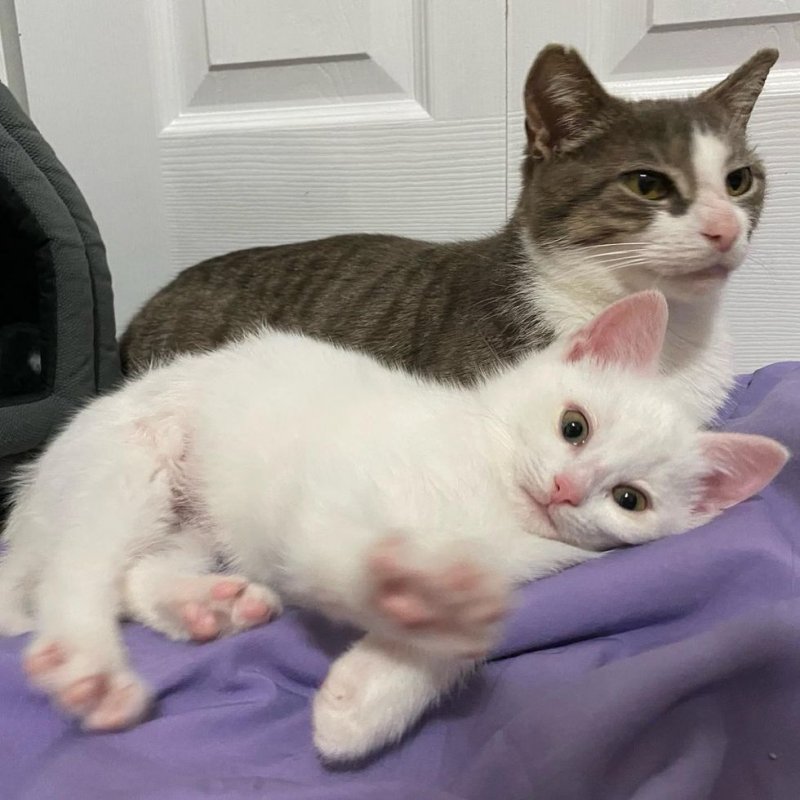 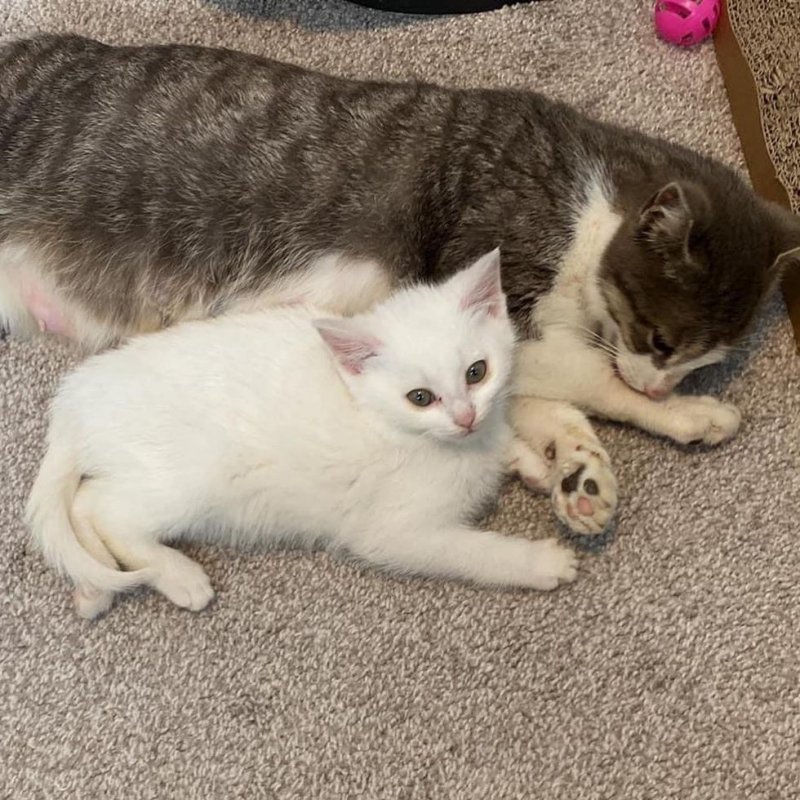 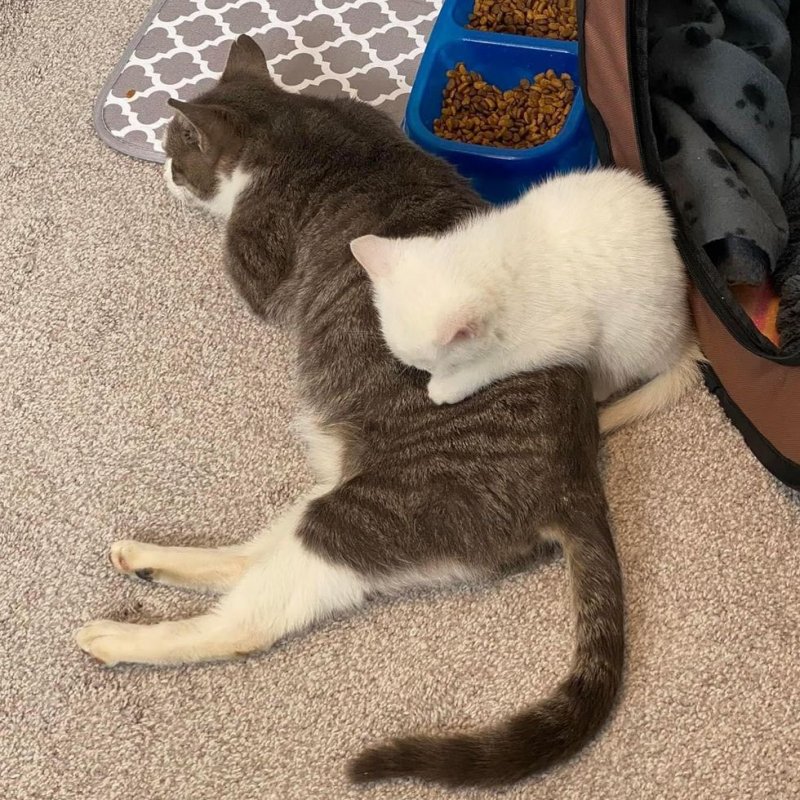 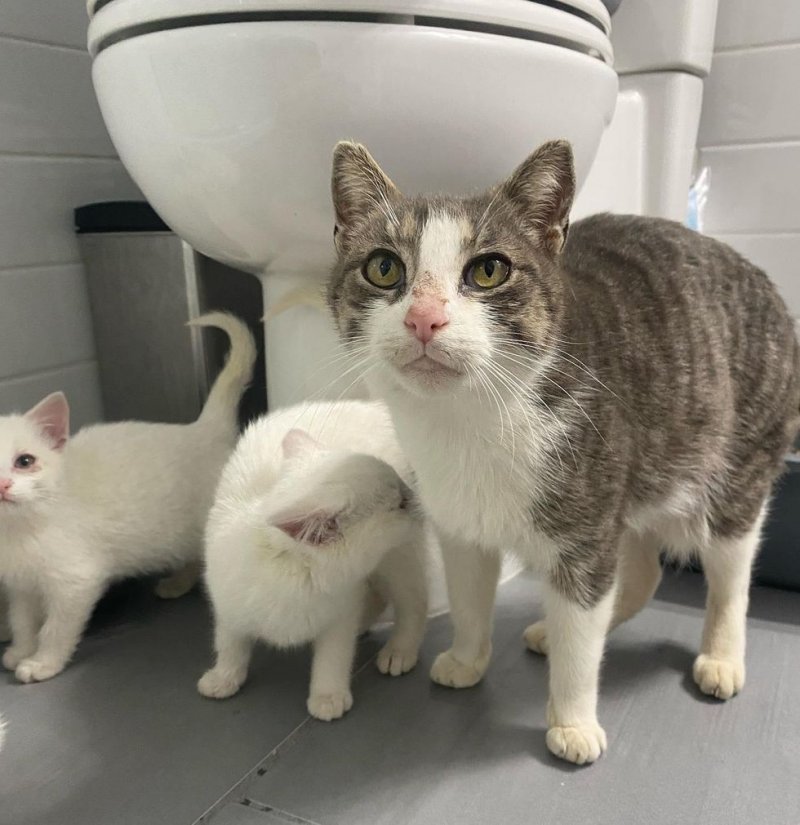