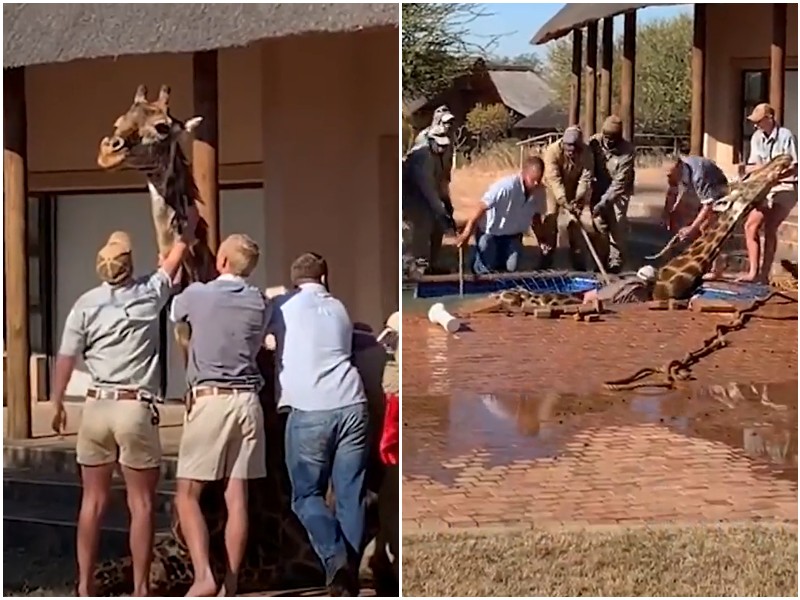 This giraffe, which fell into the pool, was seen on the territory in the city of Bela-Bela, South Africa. It could not get out, and the locals decided to help it along with rescuers.

This giraffe was seen on the territory in the city of Bela-Bela, South Africa. The poor animal fell into the pool and couldn’t get out on its own. Local residents and animal rescuers, who prepared special equipment, decided to come to its aid. 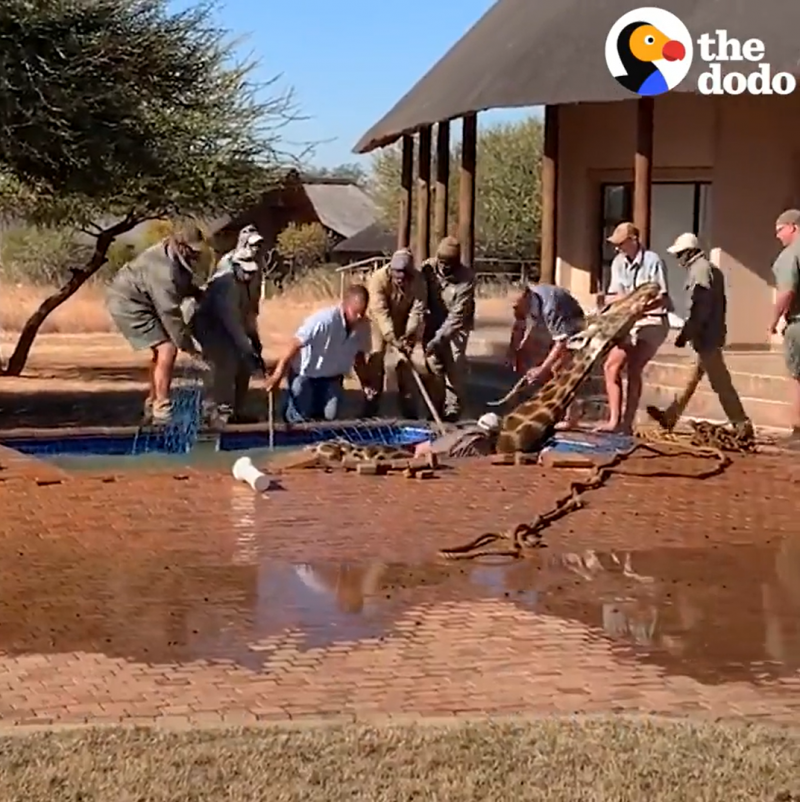 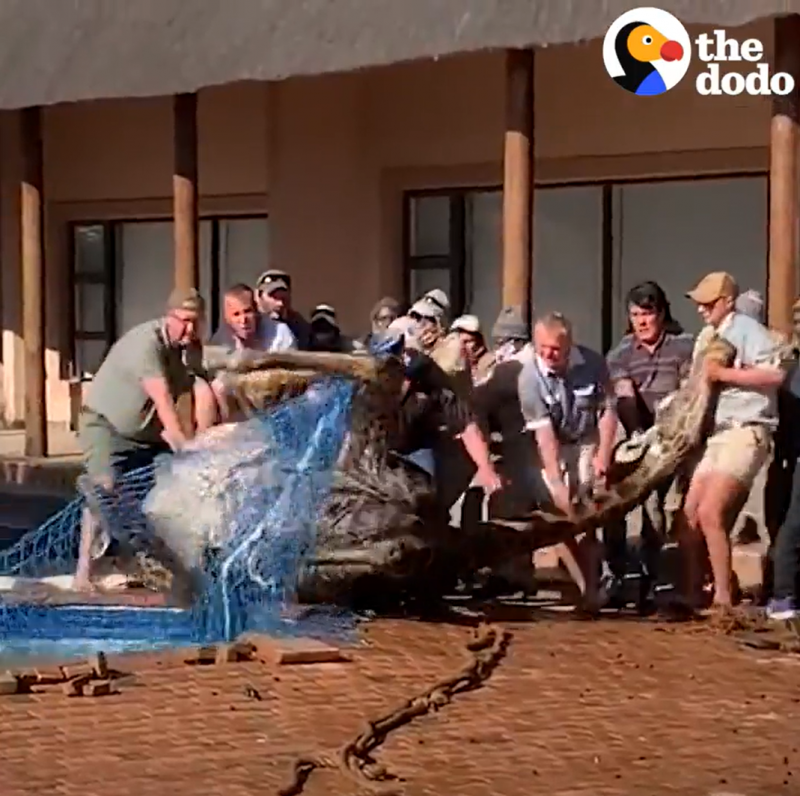 The process turned out to be very difficult. After a long time of trying, they still managed to do it – the giraffe was pulled out of the pool! Before releasing it back, rescuers checked its condition. There were no injuries, so the animal was released into the wild. Thank goodness for saving it! 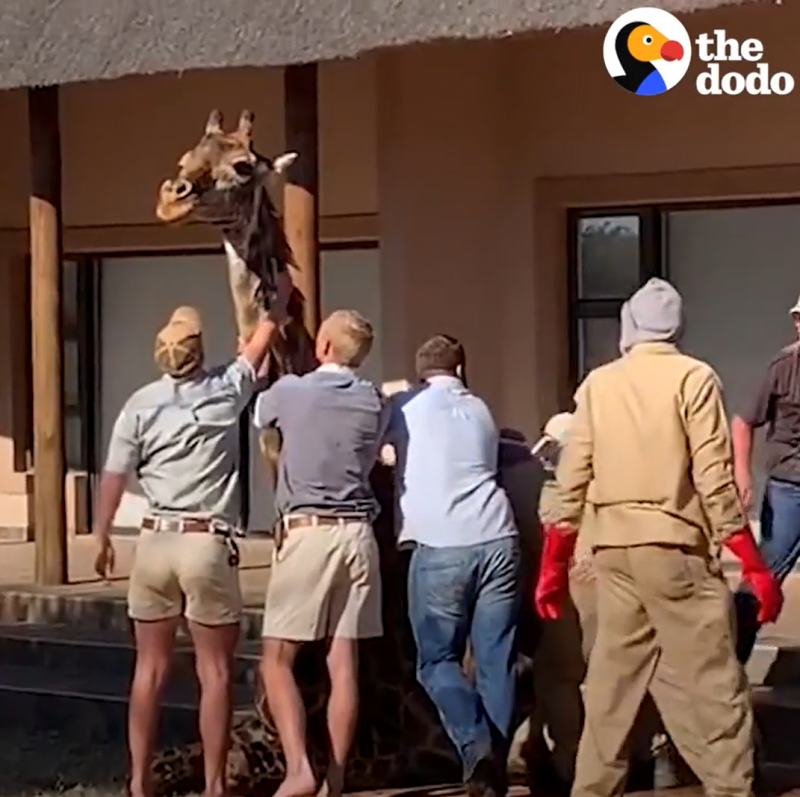 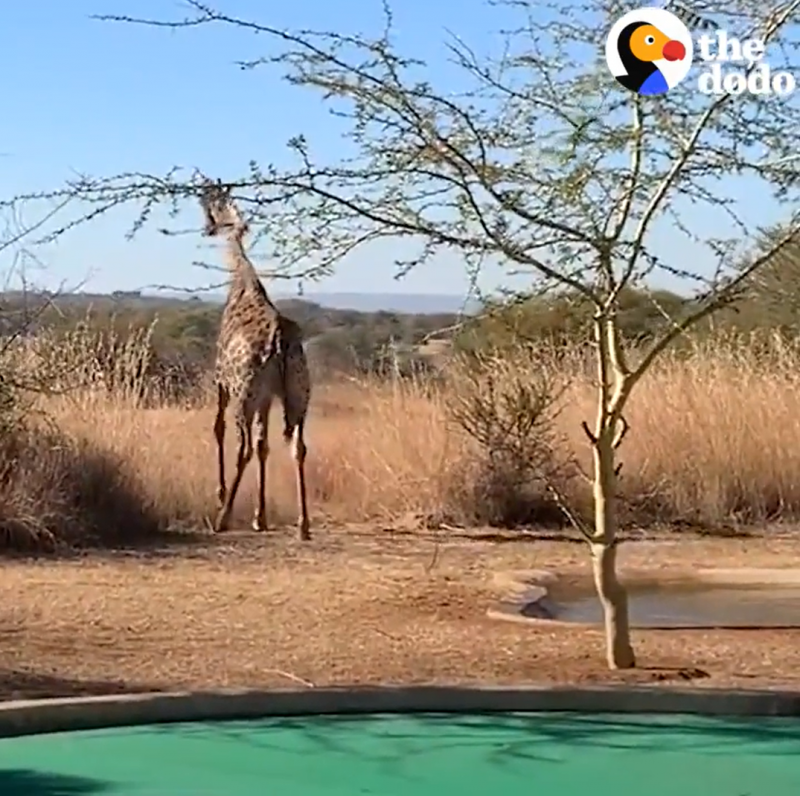