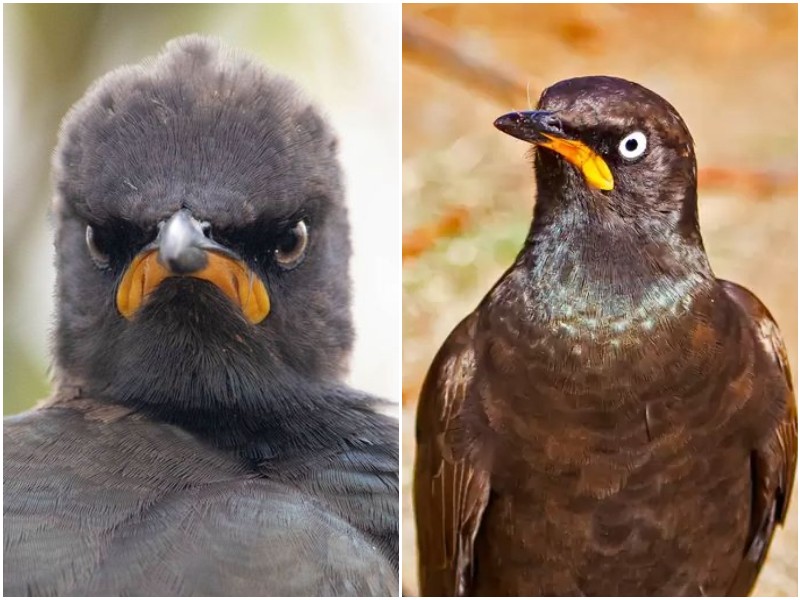 There are many animals in nature that have extremely expressive expressions on their muzzles. This funny bird is one of those because it always looks wary and dissatisfied with something. Let’s get to know it better. 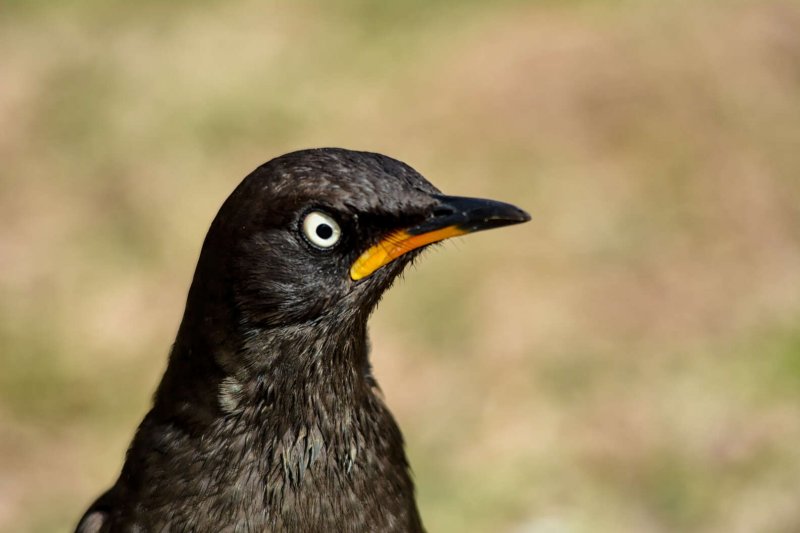 The two-colored spray is a songbird from the starling family. They have an interesting feature – part of the beak of these birds is yellow, and the tips are directed downwards, which makes it seem that the bird is dissatisfied with something. It looks cute and funny. 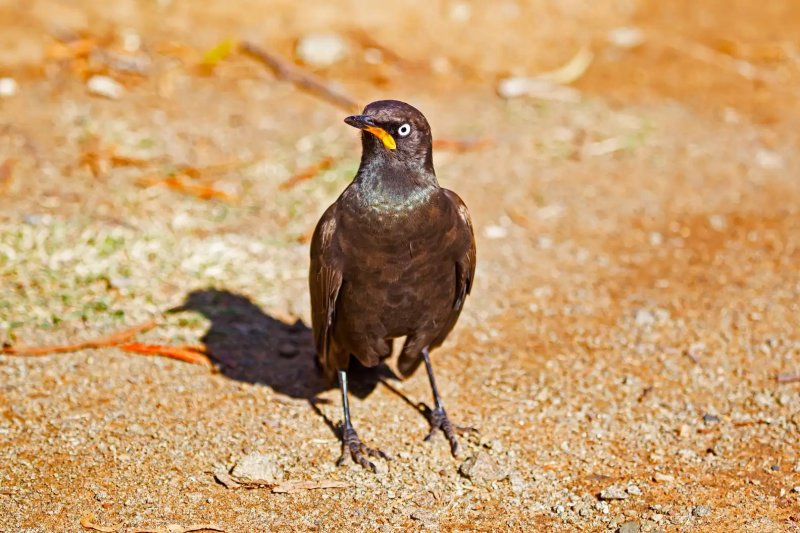 In addition, these birds have a white iris, which adds uniqueness and expressiveness to their appearance. By the way, two-color sprays are found in some areas of South Africa (most often in the kingdoms of Lesotho and Swaziland) and like to live in open grassy areas. These birds are also often found on farms, where they sit on the backs of farm animals and help them by removing bugs and flies. Two-colored sprays live and move in groups of several individuals. 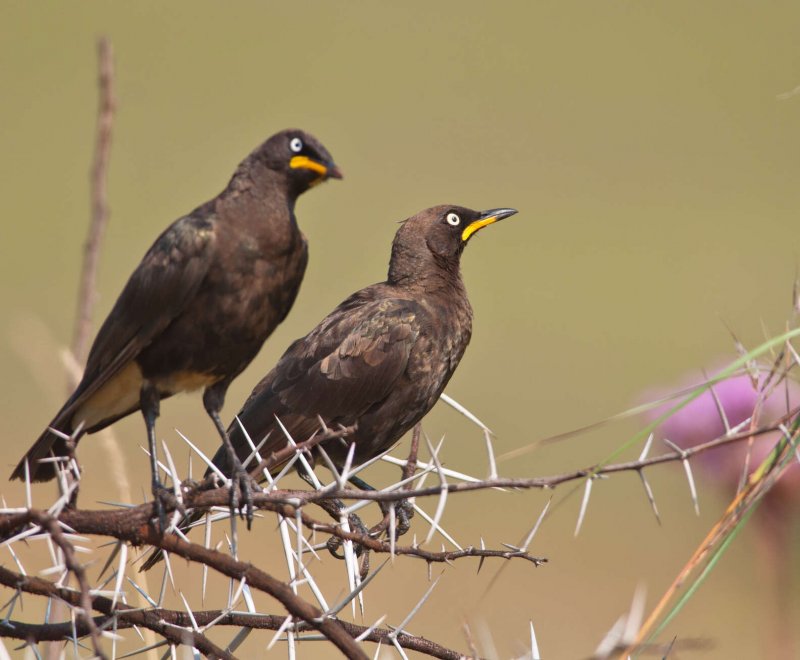 These birds are small – they grow up to 27-28 cm in length, and reach a weight of 93-113 grams. They are omnivorous and feed mainly on a variety of insects, invertebrates, as well as berries and seeds. 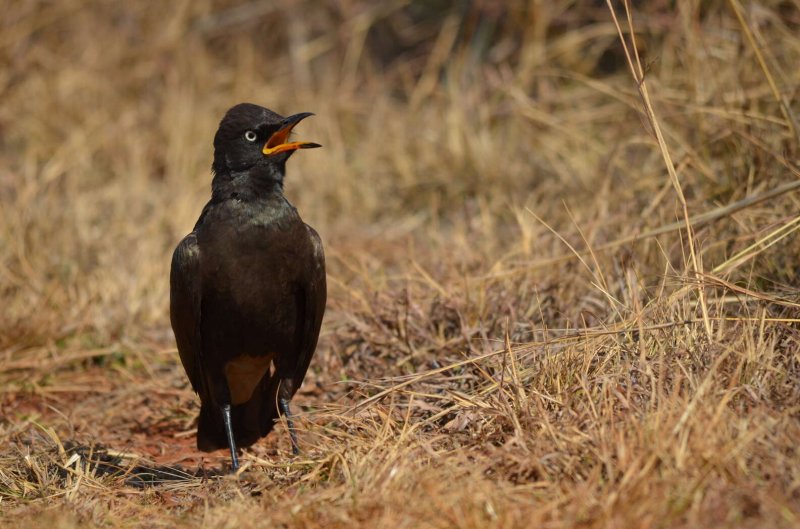