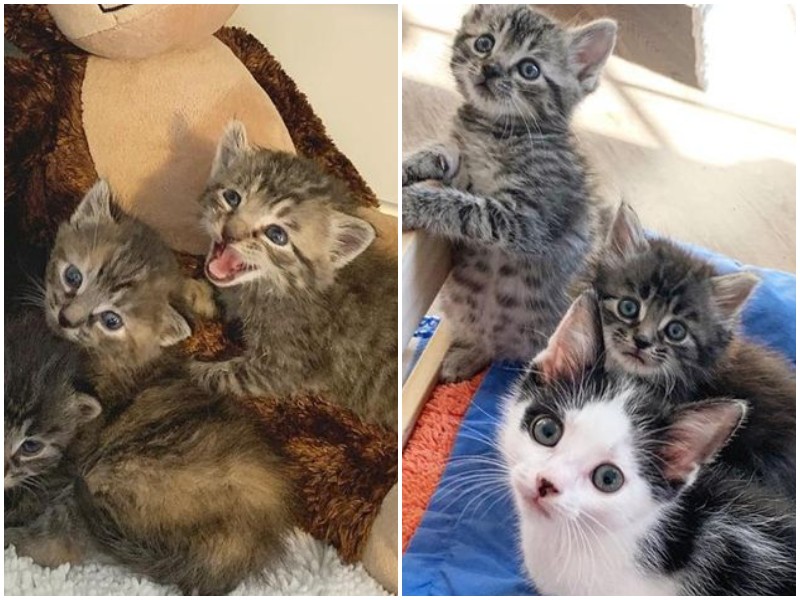 While temperatures were freezing in several US states, a woman spotted stray kittens in her yard. They were shivering from the cold and were in great need of warmth and help from kind people…

Four small stray kittens were spotted in her yard by a resident of North Carolina, USA. Recently the temperatures in some states had dropped to record lows and it was very cold outside. The woman couldn’t bear to look at the freezing babies and took them in to warm them up. 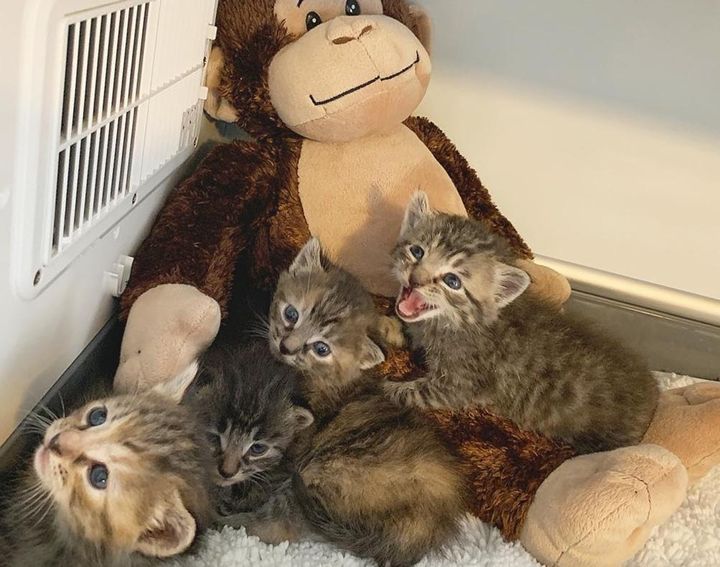 In the meantime, she contacted Sparkle Cat Rescue because she couldn’t leave the kittens behind. Also, the babies were in bad condition and needed help. Later, the babies were taken to a shelter and a volunteer named Sarah took them into her care. 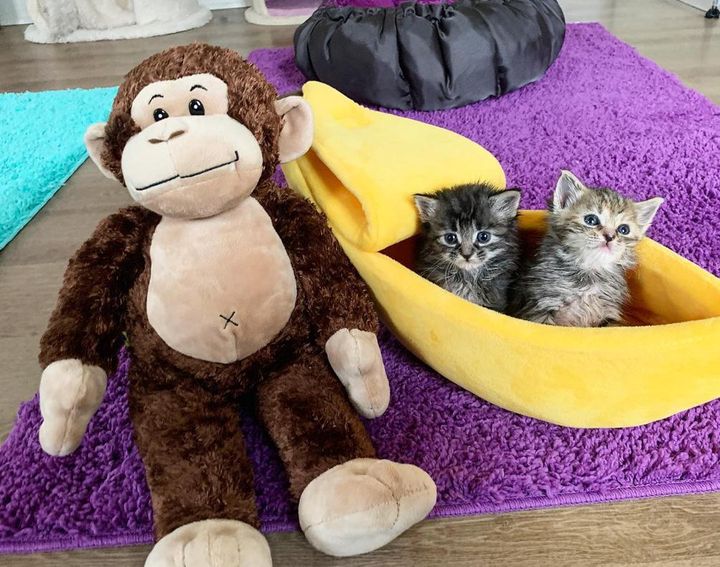 The babies were found to have some health problems. Among other things, they were very weak. The guardian tried her best to save their lives, but unfortunately, one kitten lost the battle. The other three little ones fought desperately for life. 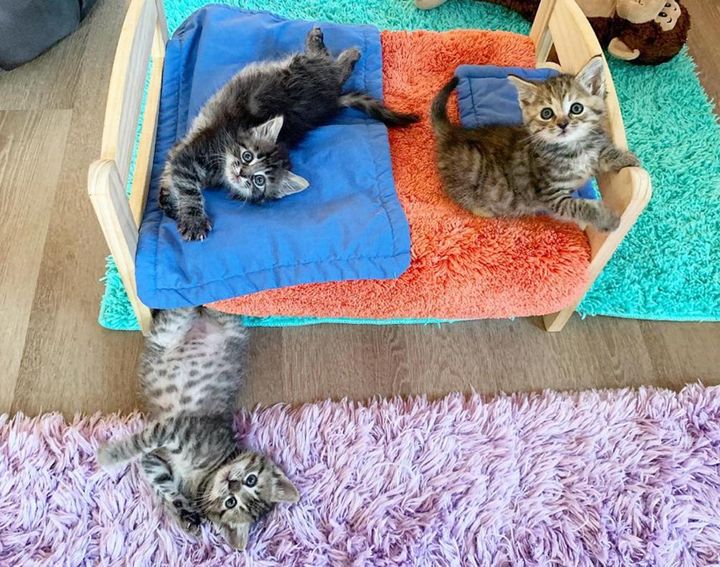 Fortunately, they got out and began to recover. The kittens played more and more, explored the house of the caretaker, asked her for affection. Each of them showed a unique character. A couple of weeks before, Sarah took in another tiny kitten, which was brought from the street. 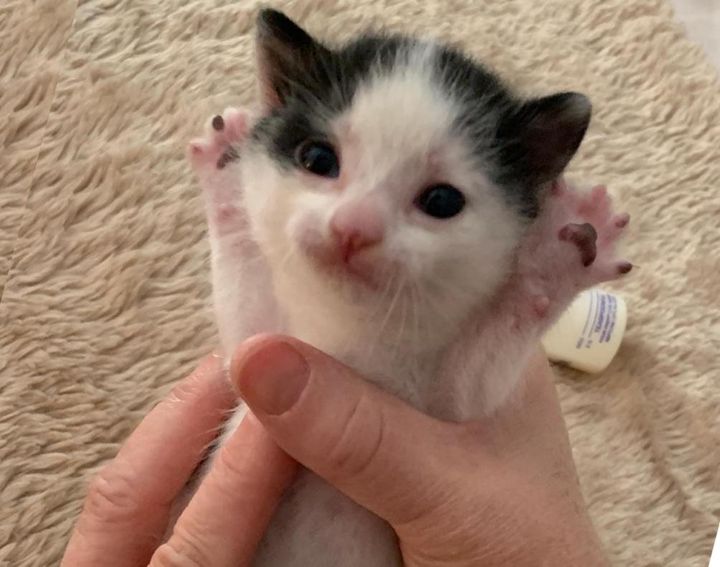 A baby called Bo was also surviving the cold streets without its mother, and Sarah did her best to put it on its paws and save its life. And she did – the sleepless nights were not in vain. Bo was a little younger than the feline trio, but the guardian decided to introduce them to each other… 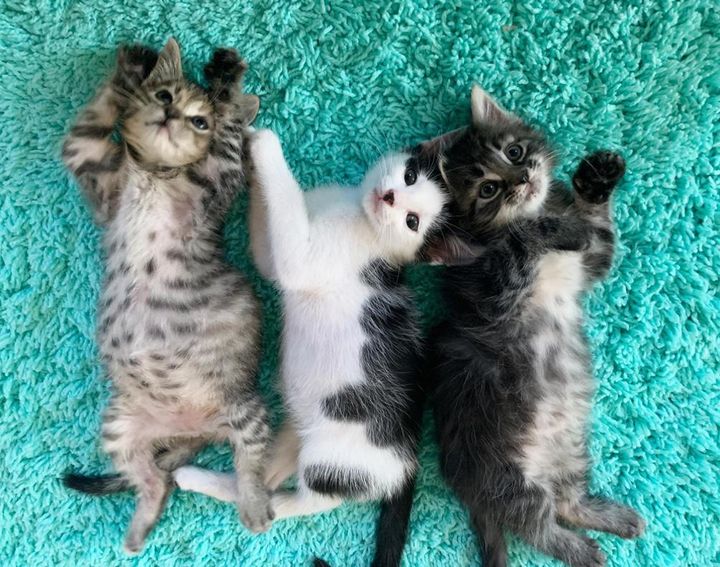 She was worried about how they would react, but in vain. The kids immediately found common ground and started playing together like brothers. Soon they were quite inseparable, and all did together – ate, slept, explored the house, played. Thanks to the “brothers,” Bo became more confident and much stronger. 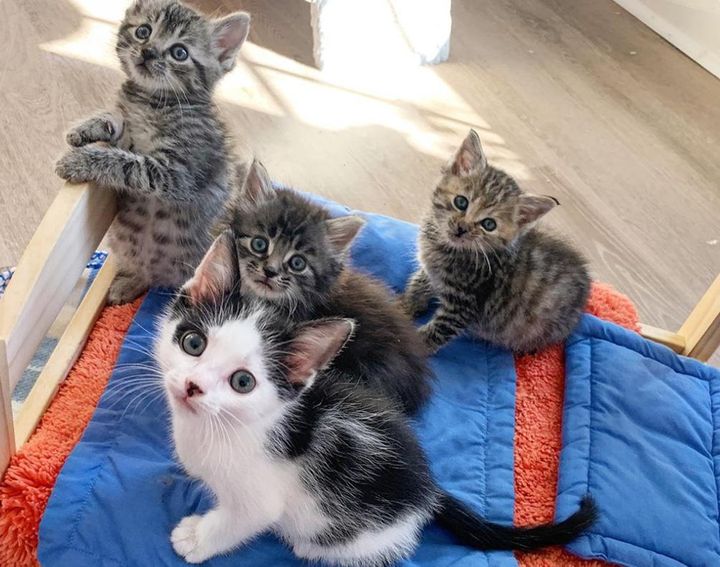 When the kittens were old enough, the volunteers started looking for permanent homes for them. Luckily, they quickly found families – two kittens were taken into one family, while Bo and one other kitten went to different owners. 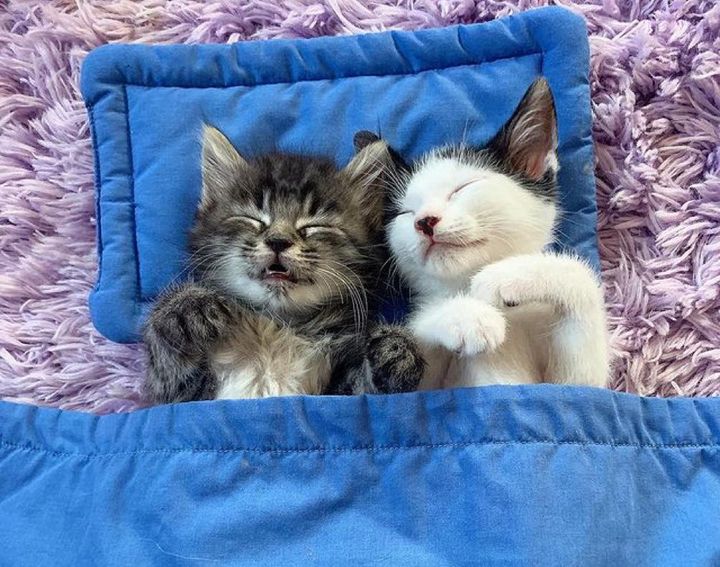 Many thanks to the kind people who gave these babies a new life! 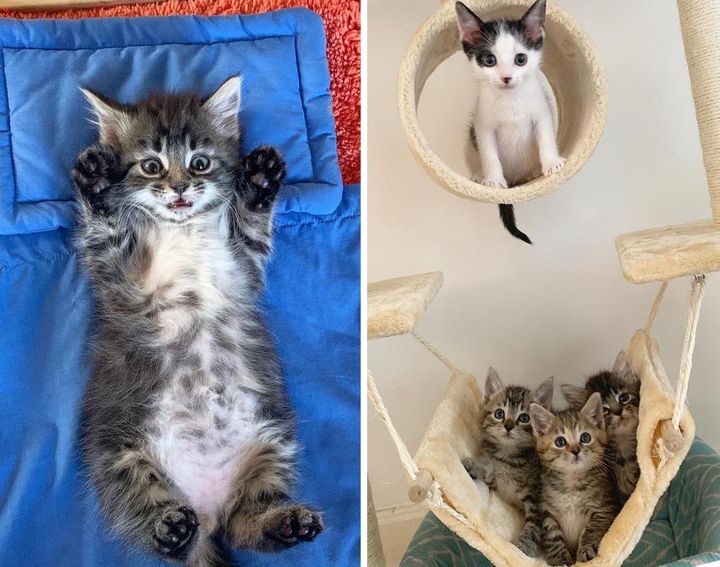