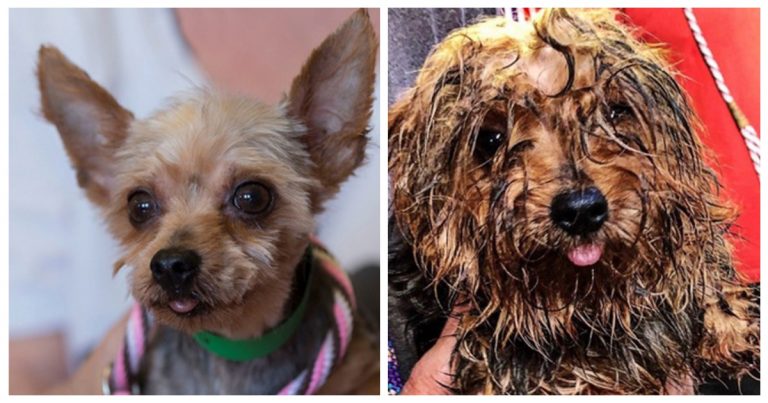 If you have ever seen dogs that ended up in a pound for abandoned animals, or looked at photographs of stray dogs, you probably noticed that under the dirty and unkempt hair it is difficult to see how the dog really looks.

Volunteers who bathe, cut and comb a dog that came to them from the street have decided to fight this problem.

You won’t believe how much the dog transforms after the professional grooming done by caring hands!

Appearance as a reflection of a difficult fate

One organization dedicated to dog grooming is Wahl and GreaterGood.org. They regularly transfer money so that pounds and animal rescue centers can afford the purchase of all materials necessary for the pet. Thanks to their caring attitude, more than 20,000 dogs receive help every year, and then, clean and well-groomed, they find their loving owners!

The representatives of the company believe that the first impression is very important. They want to inspire other people who can help each pet wash away the traces of a homeless and miserable existence and start a happy life in a home with their owners. 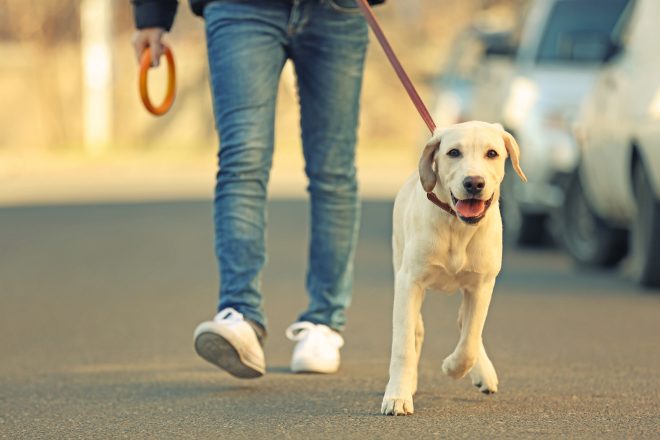 Amazing and incredible transformations
Inspired by the ideas of Wahl and GreaterGood.org, the editors of Moore TV selected a few photos of dogs that were once street dogs, but thanks to the help of caring people, they have changed dramatically!

Buffalo Bill
The little Shih Tzu was so small and weak that he could hardly move.

The pound workers had to make a lot of efforts to take care of the baby , and even carry out several procedures to improve his appearance.The result was evident. The charming dog was immediately taken into a family.

When the spaniel was found on a desert road, it was impossible to tell what gender it was.

The tangled, dirty wool prevented the animal from moving, and the ears, like dreadlocks, hung down to the very ground. The dog probably once lived with the owners, but ended up on the street.

After being treated by a veterinarian and given a thorough grooming by the volunteers, she turned into a charming Dorothy.

Now the happy dog lives with new owners who adore her!

Baby
The harsh life affected this dog in full, so when she got to the rehabilitation center, she looked deplorable: skinned hair, a lot of fleas and a number of diseases. Due to volunteers Baby turned into a beautiful dog . And what a gorgeous tail she has! 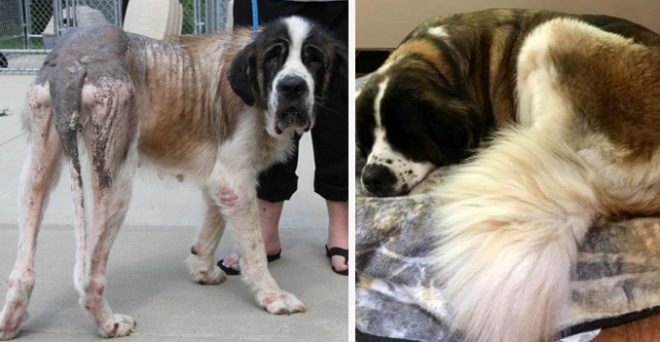 Uno
When this dirty ball of wool ended up in a pound, it was simply impossible to understand what breed he was.
The pound workers took the pet away from indifferent owners and after bathing and grooming, it turned out that Uno is a purebred poodle with a cute face and soft hair. 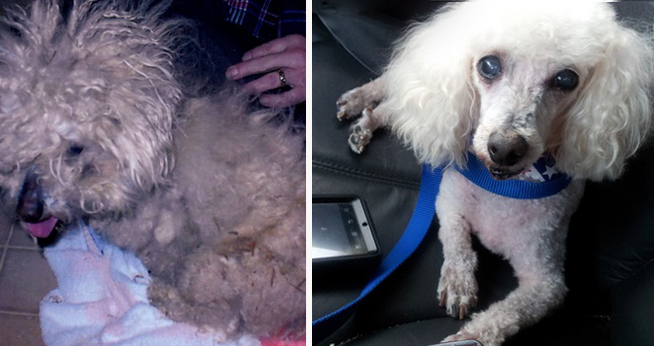 Samson
This red-haired cutie was found in one of the shelters, where he was simply not cared for. The dog’s coat was matted and had an unpleasant odor.

The shaggy pet was immediately put in order, and it turned out that with short hair it looks much better. Happy Samson now lives in a loving family. 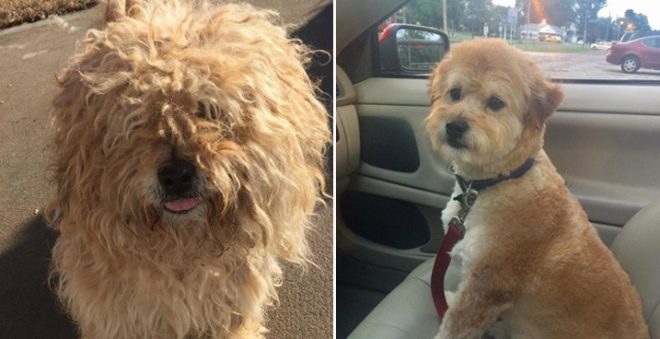 Apollo
Life was unfair to this  little sharp-eared dog : for seven years he lived in a pound where no one cared for him. The kid often suffered from heat and malnutrition, and his appearance caused tears.
But one day everything changed for him: the National Mill Dog Rescue Center took Apollo along with other dogs from the hell they were in. After a haircut and bathing, the shaggy pet turned out to be a charming dog with the cutest face. As soon as he was transformed, he was taken to his new owners.