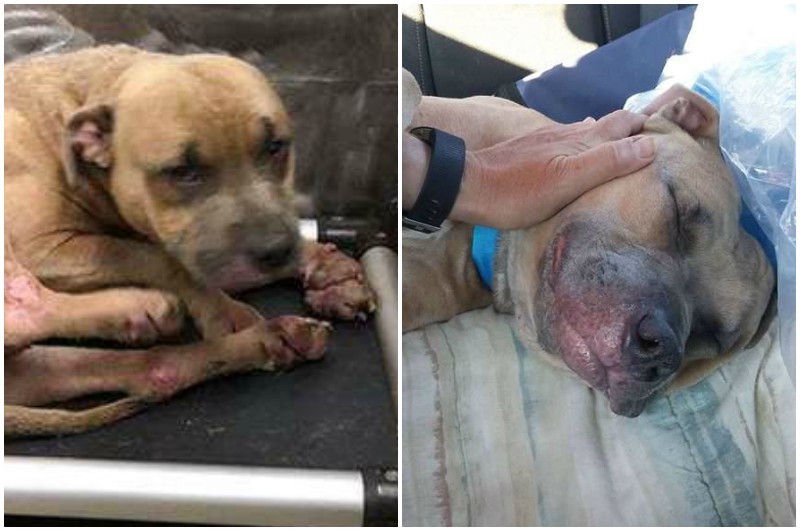 When Phoenix was found, looking at it without tears was hard. The poor dog, covered in burns and blisters, had been tied up and left in the woods – someone who had brought the animal to such a state could not be called Human. But there are those who do care. Phoenix was lucky to meet such people, and now – this dog is simply unrecognizable. 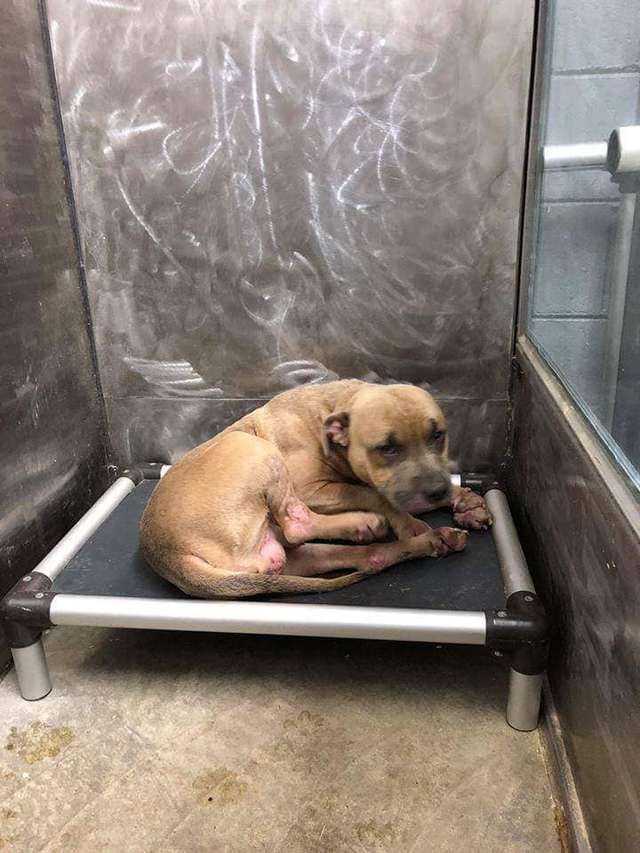 In July this year, concerned passers-by reported finding a dog tied up in the woods of Quebec City, Canada. The dog, covered with burns and terrible blisters, was painful to look at – it seemed it no longer had any hope of being rescued.
When Phoenix was brought to the shelter, its terrifying condition meant that its only option was to be put to sleep – it had been put on a euthanasia list. 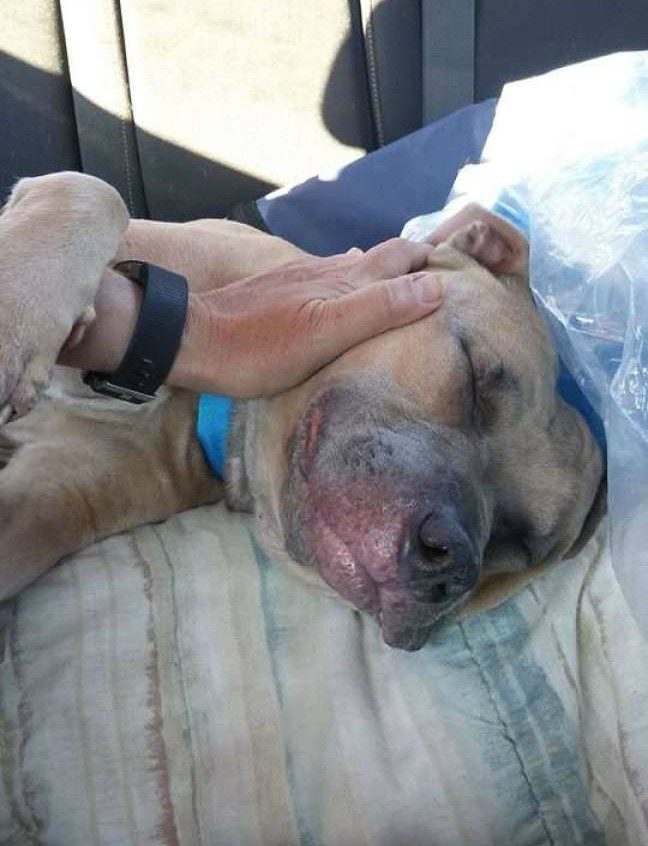 But Phoenix was lucky – it was rescued from the shelter in time by volunteers from the local organisation Litters ‘n Critters, who were convinced that the dog could still be saved. And so it turned out.
Phoenix needed careful care, medication, and affection and care, which the rescue centre provided. 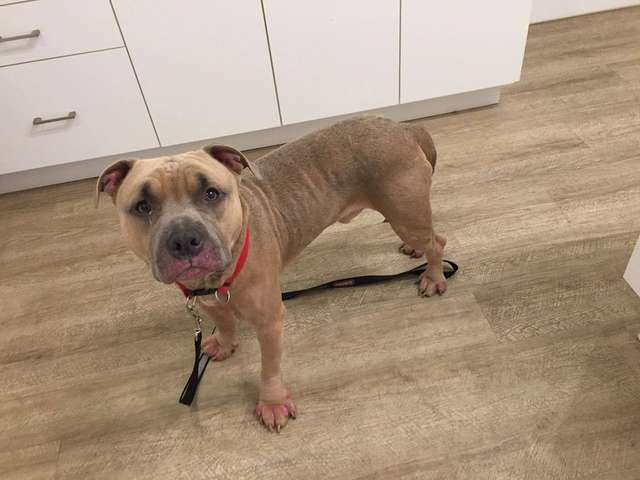 When Phoenix had more or less recovered from its treatment, it was sent to a foster home, taken in by a woman called Laurie Teal, who had taken in dogs from the centre more than once.
The first thing Phoenix’s ‘adoptive parents’ noticed was that it was very afraid of everything around it. 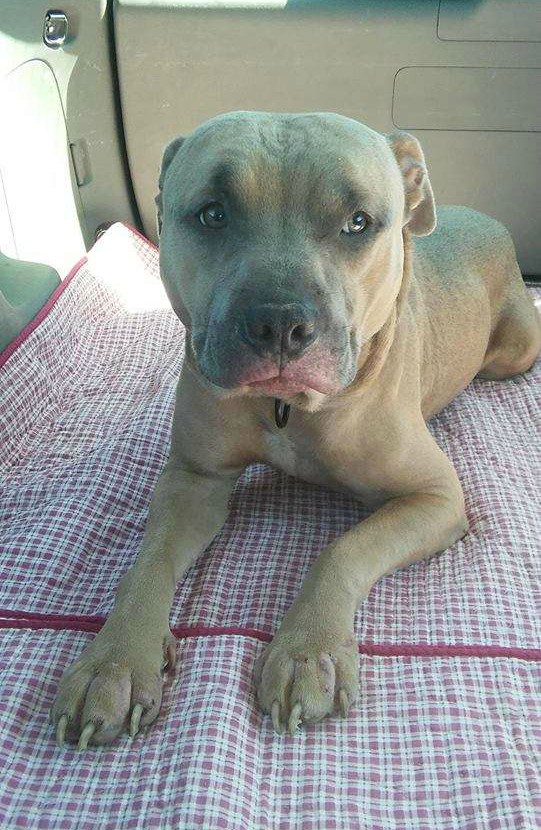 After all the horror it had been through, Phoenix was still stressed and had difficulty getting used to people, sounds and new surroundings. Once upon a time, humans had caused this dog a great deal of pain.

“He was terrified of everything,” Laurie said. – He trembled at loud noises, and was scared of even the smallest things like moving curtains and a cat passing by. Phoenix was afraid of sudden movements if hands were raised near him, or even if the voice was raised slightly. He would immediately put his head down and lie on the floor.” 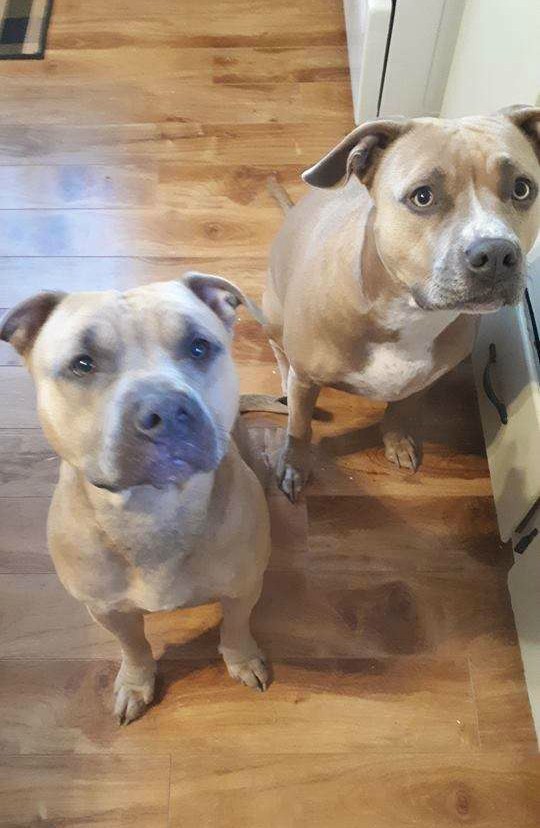 The timid pit bull was only unafraid of Echo, the family’s pet dog. After Laurie and her husband saw the amazing bond that developed between the two, they decided to keep Phoenix!

The attentive Echo helped its new friend recover and gain confidence, and taught it to enjoy life. And for that, Phoenix responded with double gratitude! The dogs have become inseparable, and love playing together.
Now Phoenix is unrecognizable – it is cheerful, full of energy and love, who loves its owners and adores to spend time with them, not hiding its endless gratitude. 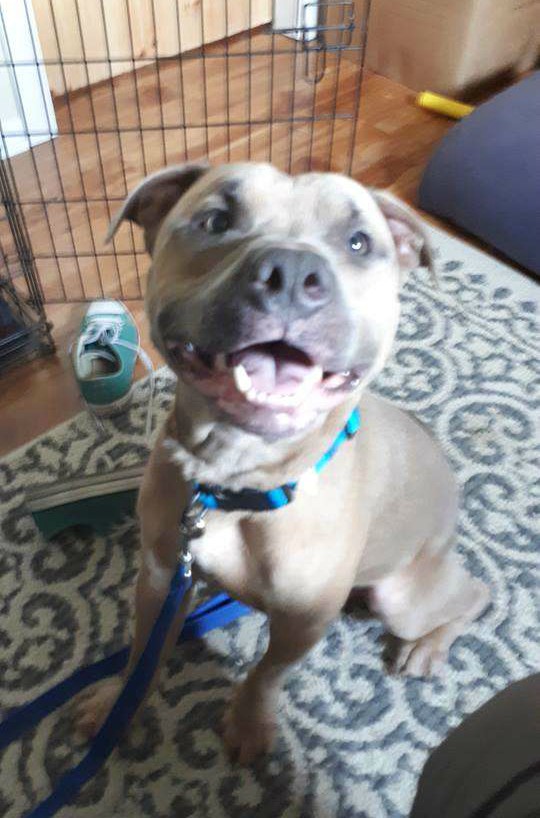 “I can’t imagine life without him. Phoenix has become that missing piece in our family and has brought a lot of joy into our lives,” says the owner. 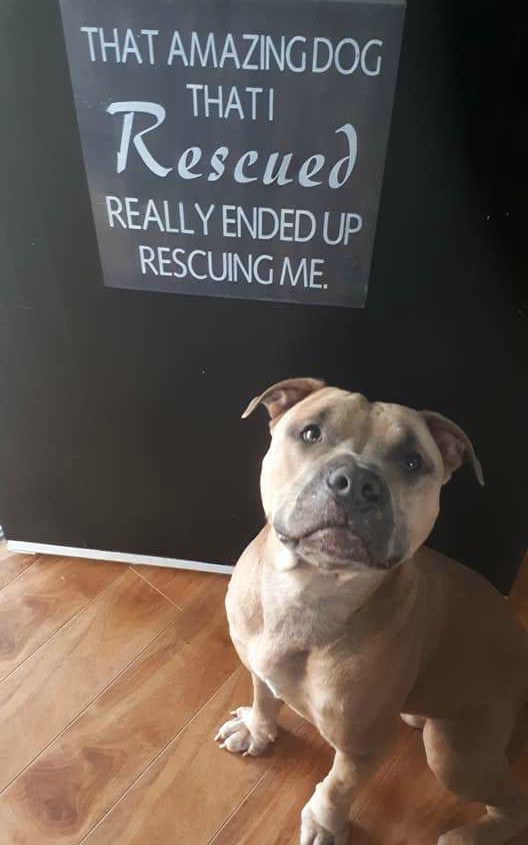 I can’t even believe it’s the same dog. After all Phoenix has been through, it is finally happy – and truly deserves it! 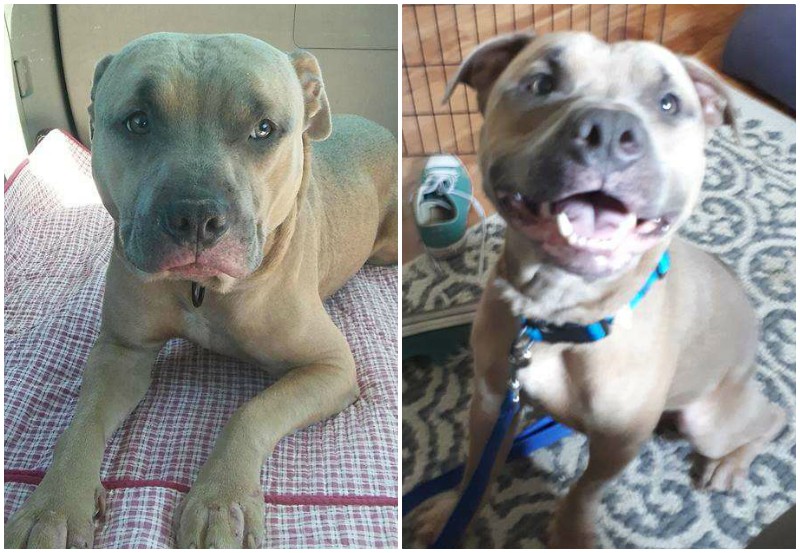