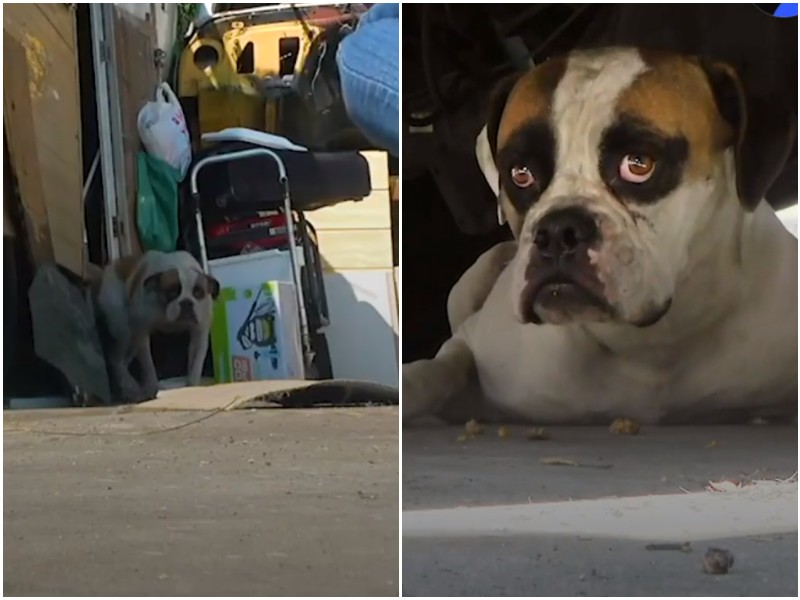 People noticed this dog who was living under the van and had just recently been feeding puppies. It is not known what happened to this poor creature, but it was very afraid of people. 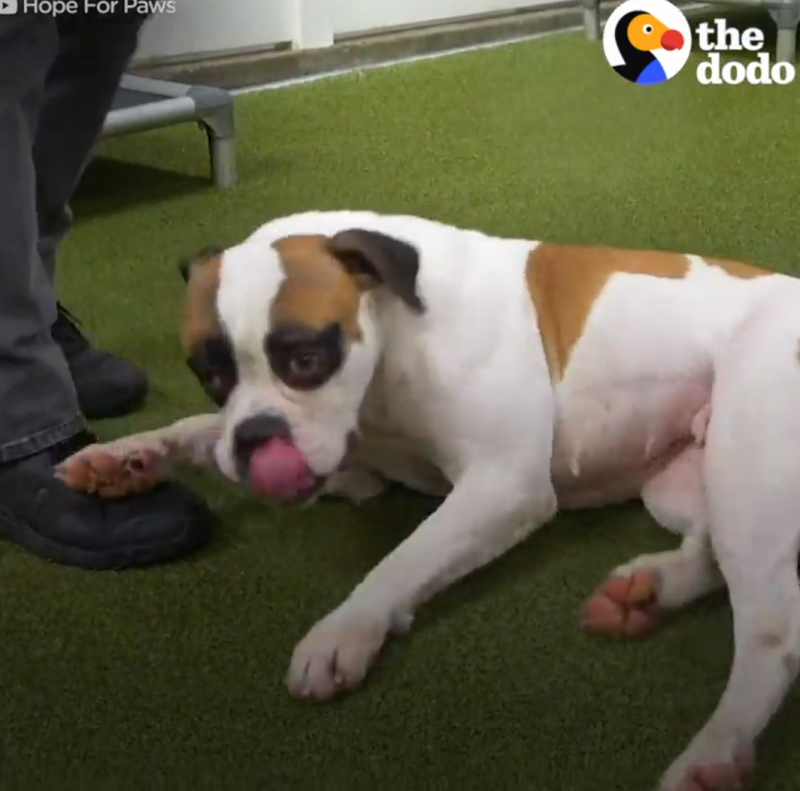 This frightened, homeless dog was found under an abandoned van in the US. People reported it to the rescue organisation Hope For Paws and they rushed to rescue the animal. It turned out the dog had recently been feeding babies. 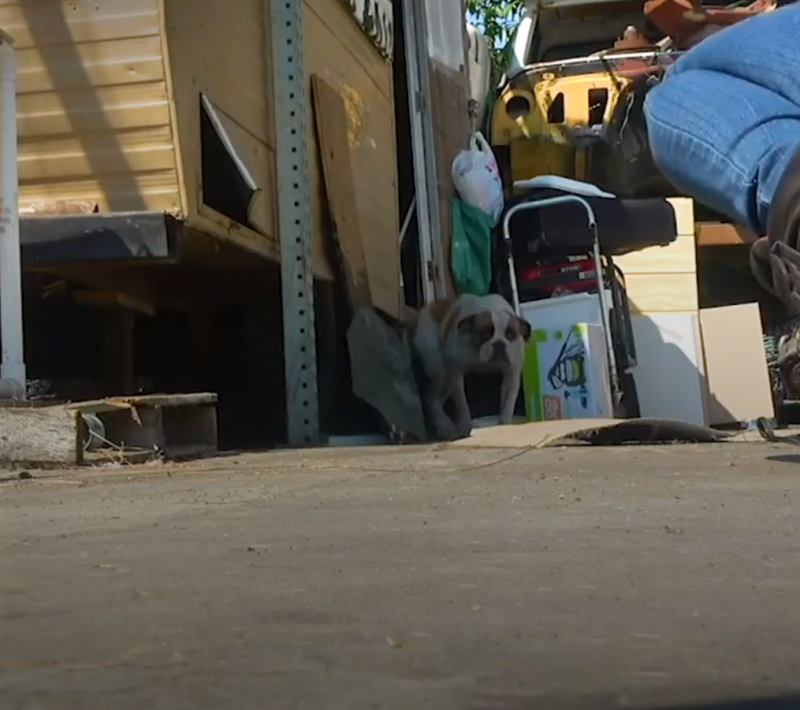 At first the staff tried to lure the dog out from under the van with food – at first it came out and ate, but then ran back in fear. After a couple of hours, the employees were able to retrieve the dog with a special humane trap and take it to the shelter. 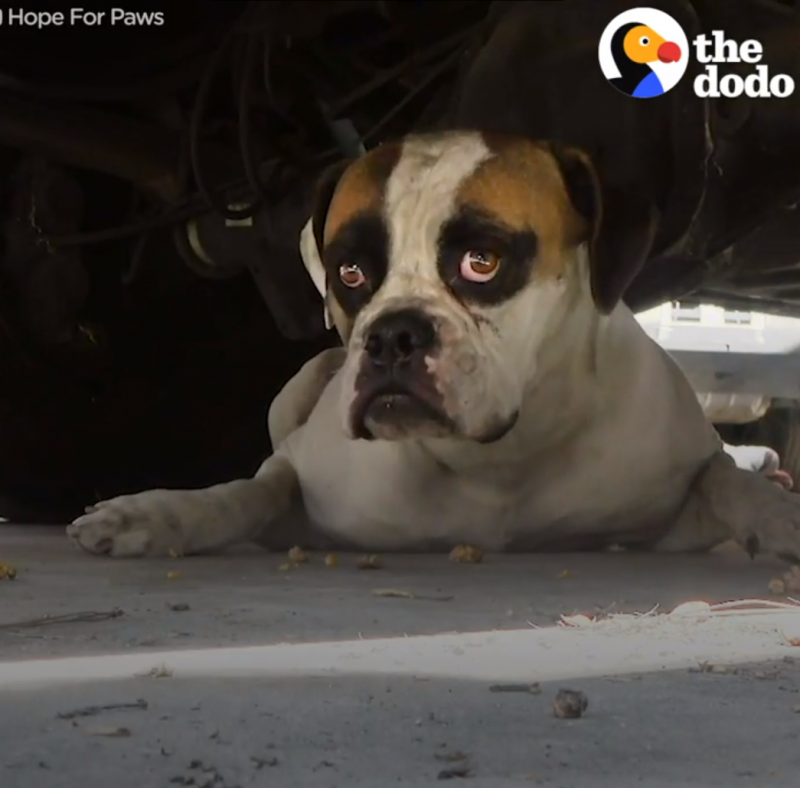 At the shelter, the staff found that the doggie was all covered in black machine grease. The poor thing still continued to shiver at the sight of people, but after eating and bathing it softened. It realised that these people could be trusted. 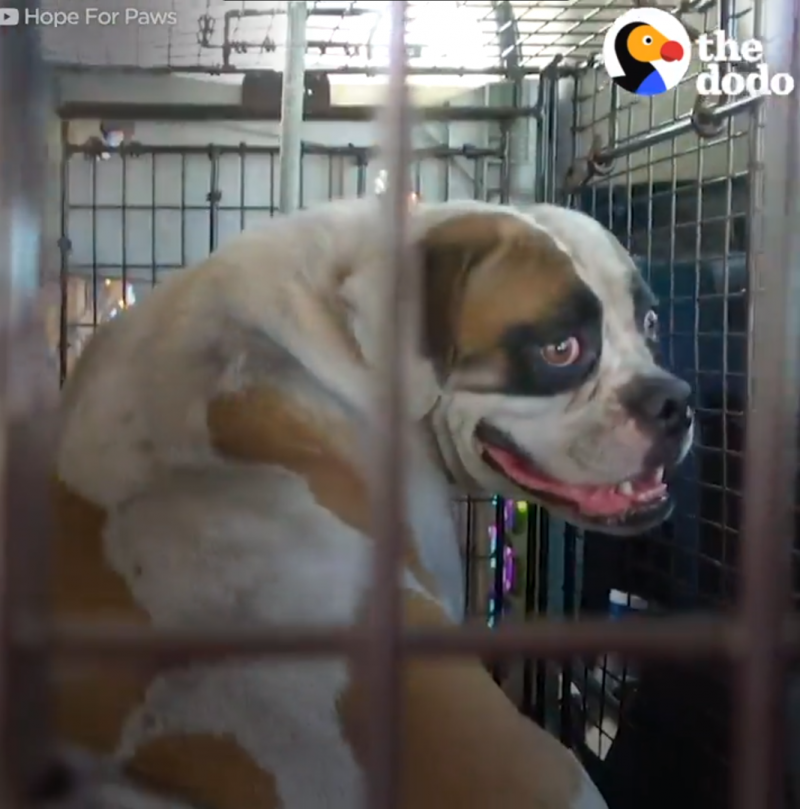 The dog was given the name Blue and began to learn to trust people again. Thanks to the sensitive care of the shelter staff, Blue quickly blossomed and became much more sociable. Blue turned out to have a wonderful personality and no one understood how such an adorable creature could be abandoned. 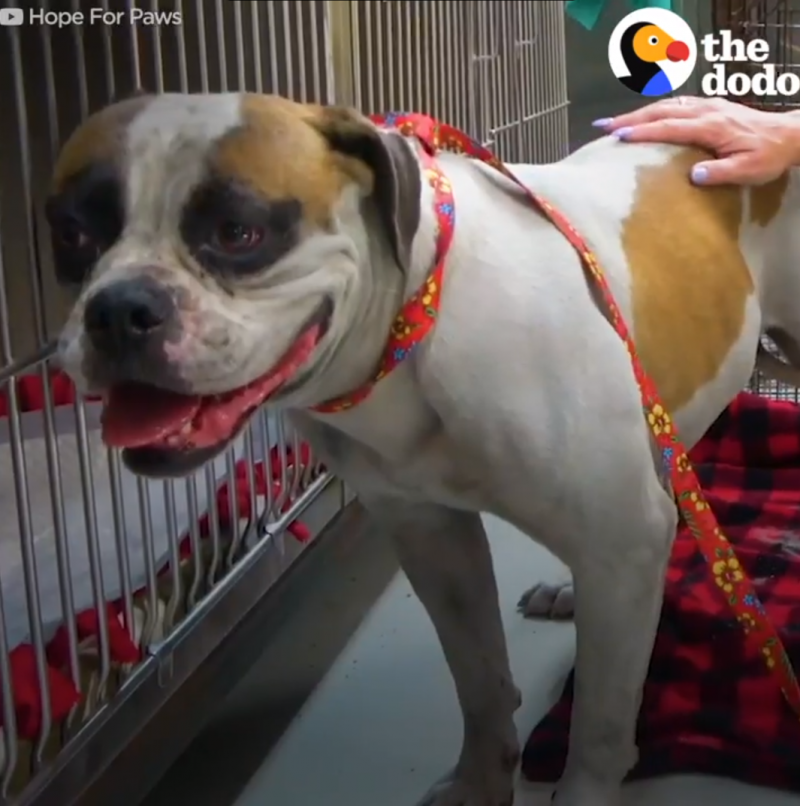 Blue is happy now – it is full of life, loves to play and frolic, and is very grateful to the rescuers. They are already looking for a permanent home for Blue. Let’s wish this miracle finds better owners soon! 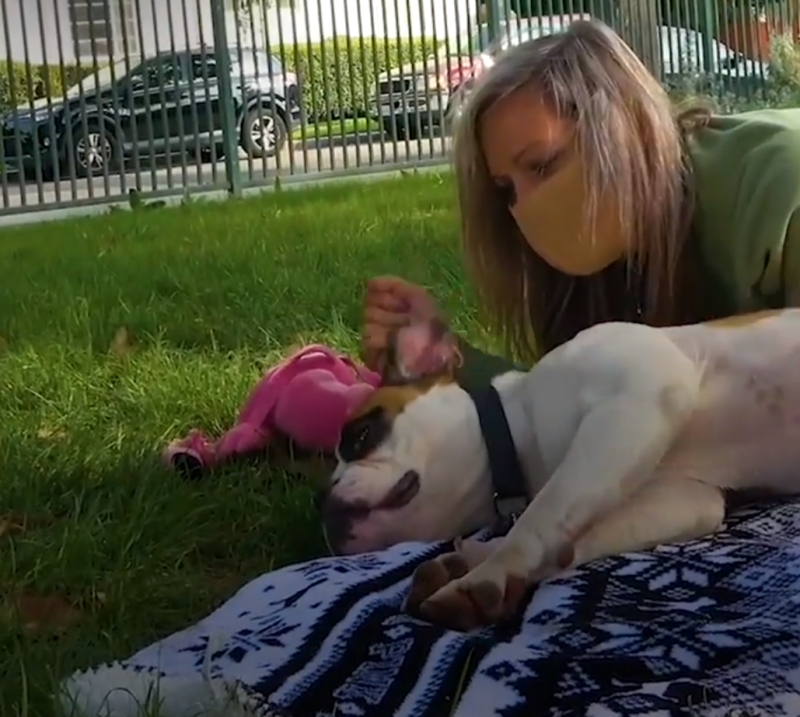