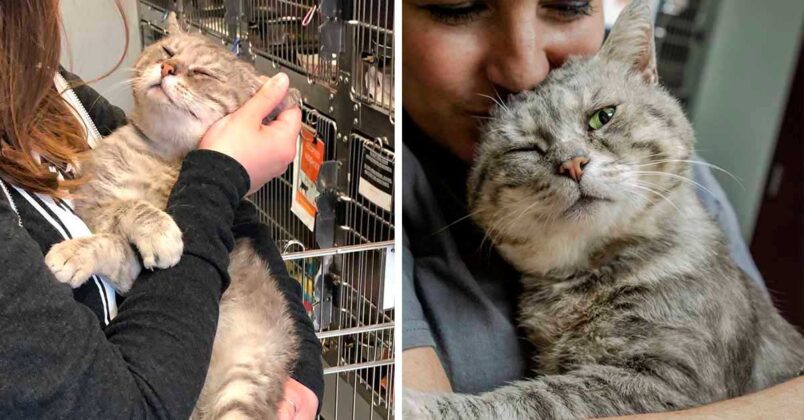 McChicks is an adorable two-year-old kitten who was rescued off the street by the Los Angeles Animal Best Friends Society. This little cat, named after her cheeks, won the hearts of everyone with her sweet personality.

McCheeks joined the organization, and one of the members named Diana Barber met him and immediately informed another member, Samantha Bell, who is very fond of stray cats, of his arrival.

Samantha told us, ”When I entered his cage, he meowed softly and rubbed against the bars.” 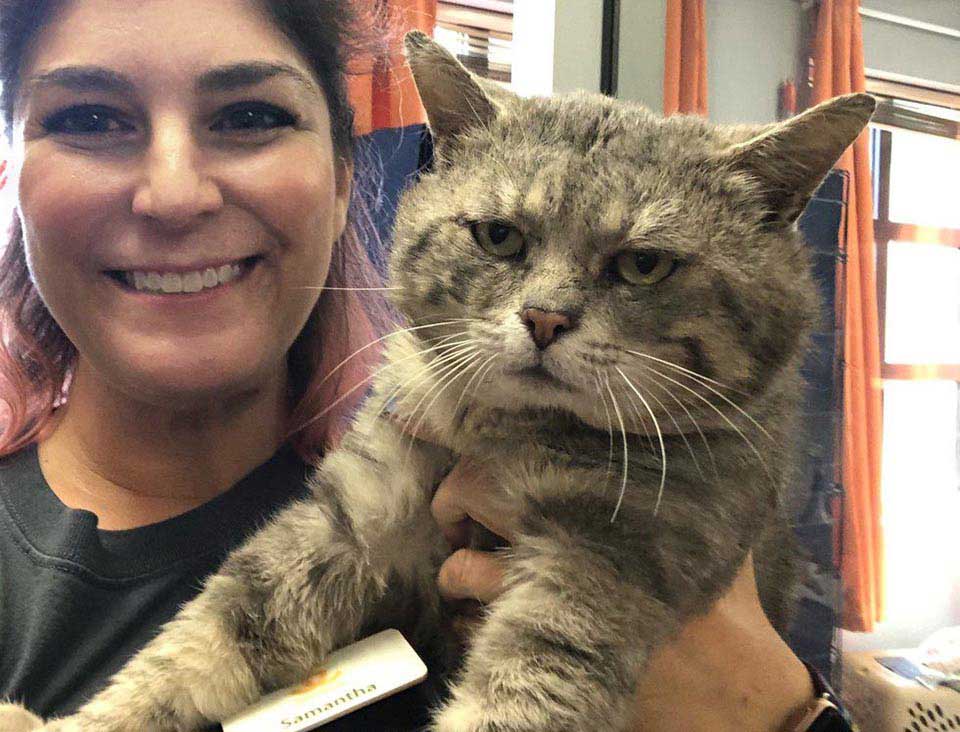 When Samantha opened the cage, McCheeks immediately pressed himself against her face and began to purr softly. 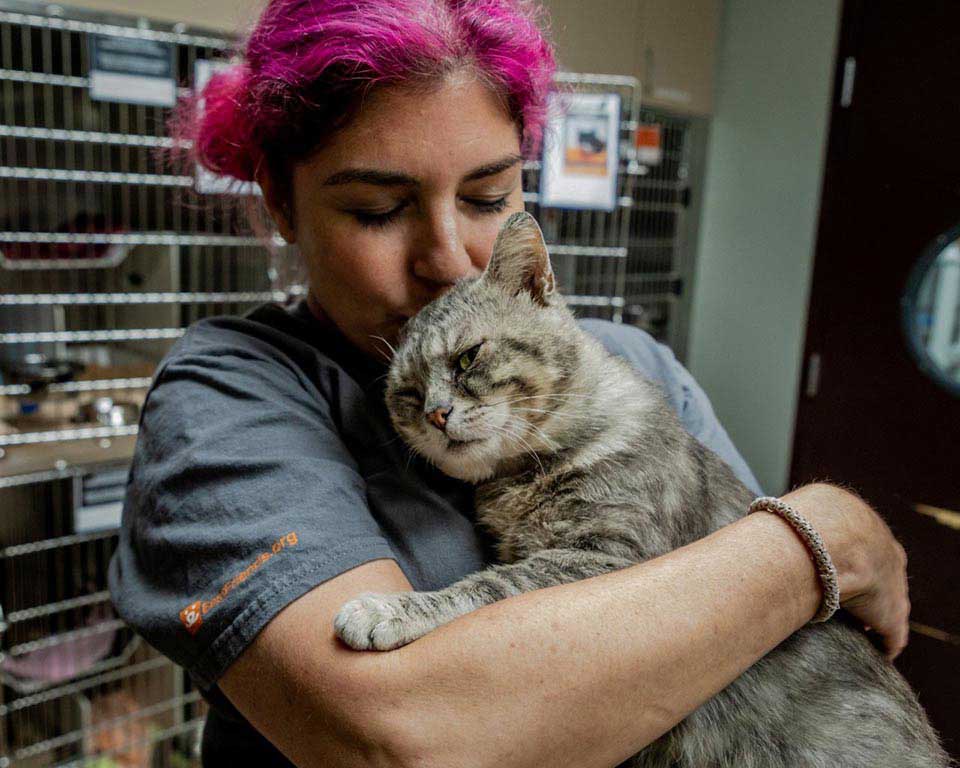 Samantha said, ”It wasn’t just a pretty face; he was also very loving.”

The look of the adorable kitten radiated a lot of happiness, he is very friendly, confident, carefree and, above all, cute. 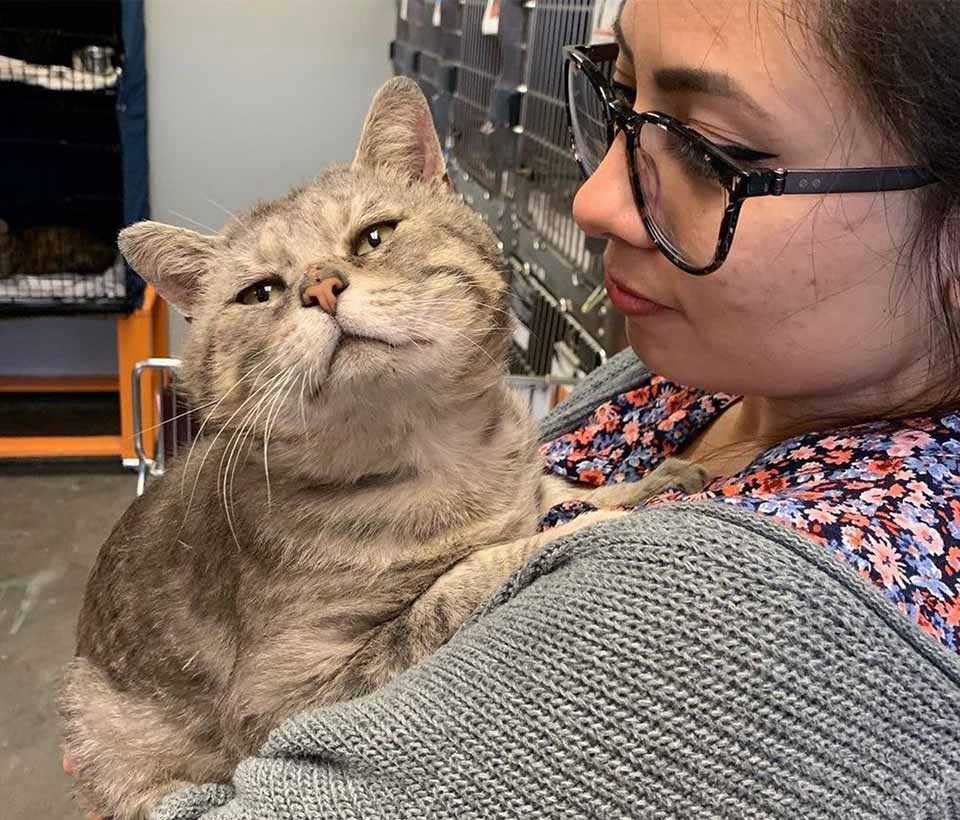 Samantha said, ”When you take him in your arms, he melts into your arms and kisses you back.” 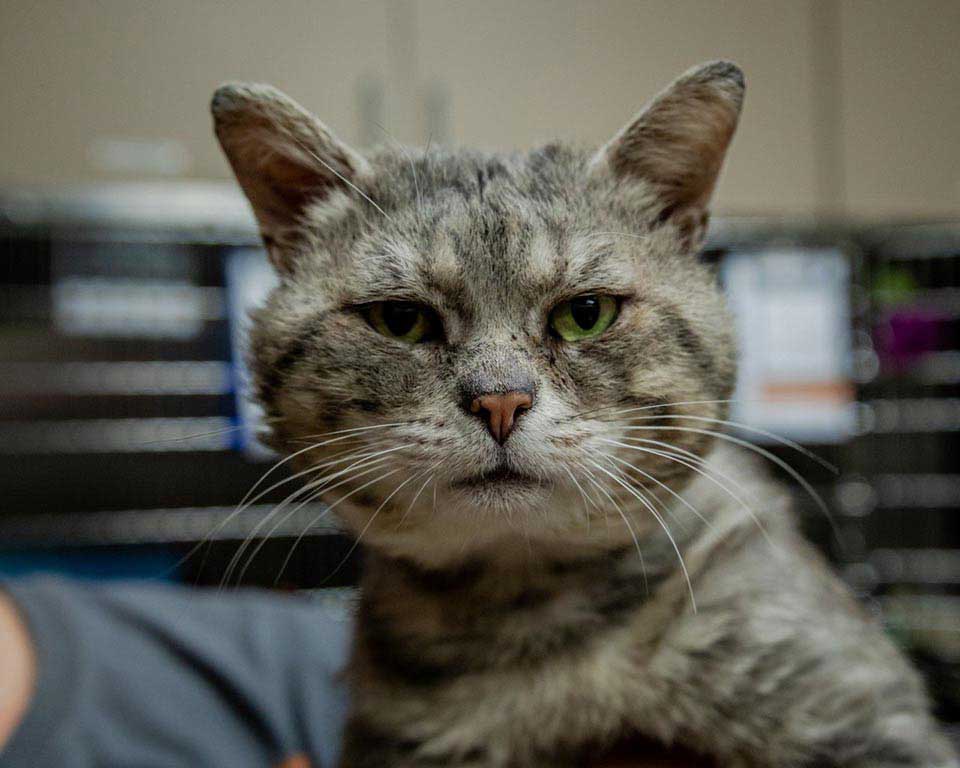 McChicks quickly adapted to the shelter and did his best to get everyone’s attention, when other cats were being fed he would cry and if no one was paying attention he would meow until someone did.\ 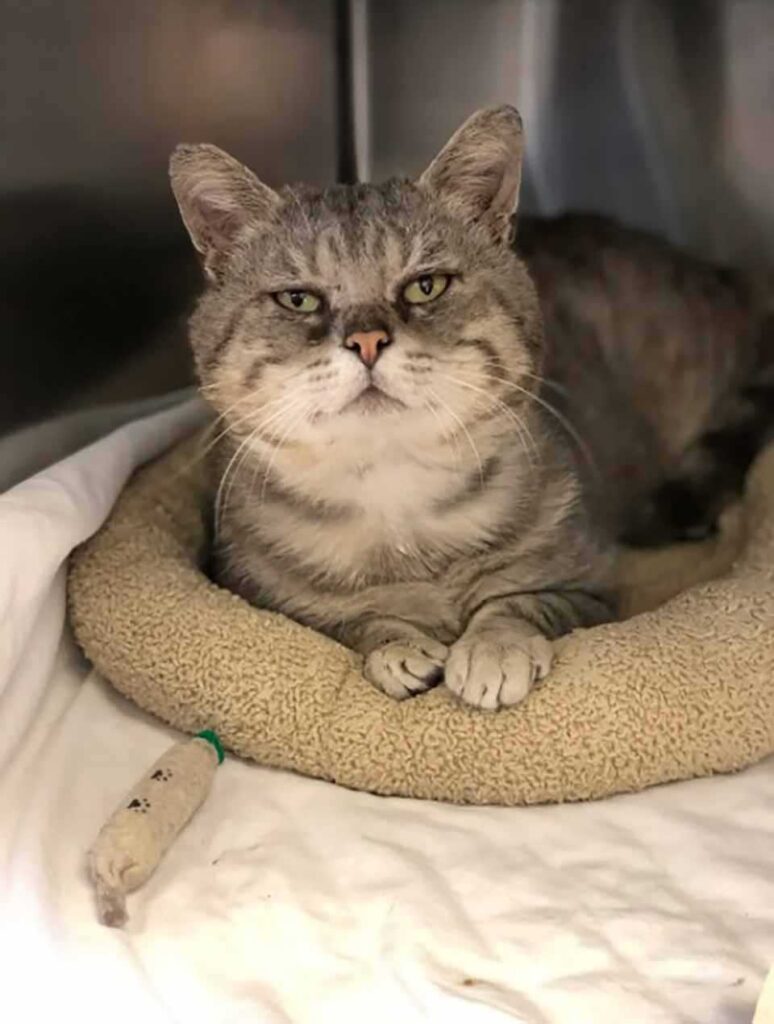 Samantha said, ”If you have a treat in your hand, he will get it no matter what.”

… We should really consider changing his name to McLovin because he  has so much love inside. 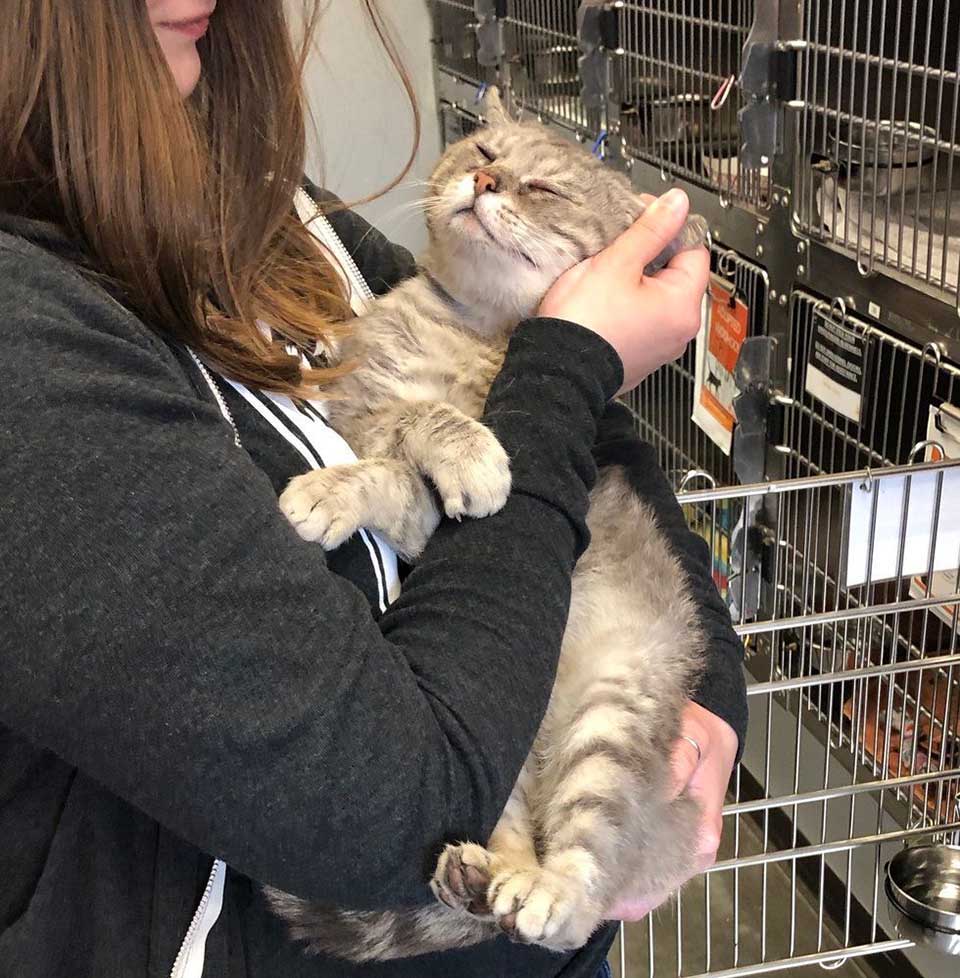 He loves to spend time with his human friends and makes sure everyone gets a lot of love.

The best part of his story is that, fortunately, his rescuers not only noticed something special about McCheeks, but by the end of June, according to the organization, he managed to find a forever home where he is certainly safe and very happy