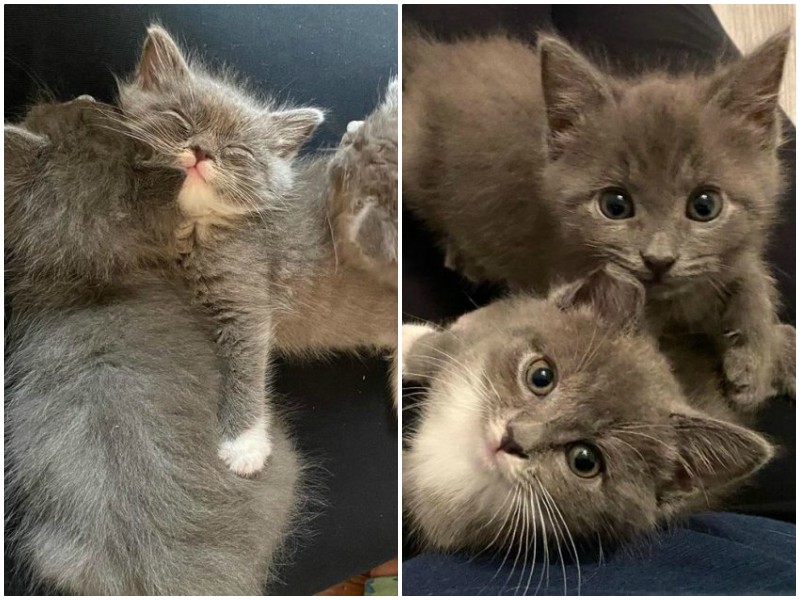 Five little kittens were spotted in the streets – they were all alone, without their mother by their side. The skinny little ones were very weak, their eyes crusted over and their noses clogged with infection…

When these five little kittens were picked up on the streets of Arlington, USA, they were in terrible condition. The skinny little ones were very weak, their eyes were crusted over and their noses were blocked from infection. 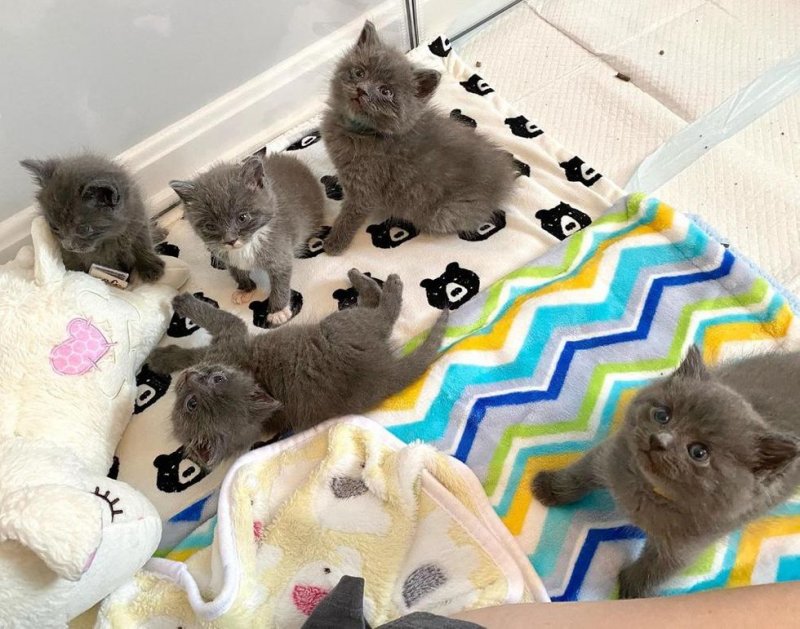 Kind people brought the kittens to the Animal Welfare League shelter, where they were welcomed. A volunteer named Penny took the kittens into her care and began to rehabilitate them. 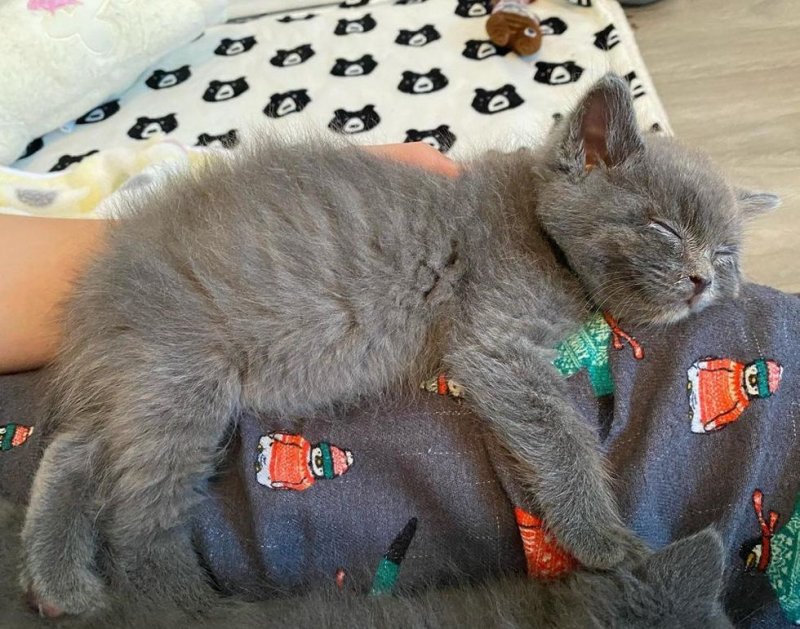 The guardian fed the kittens hourly with a syringe, gave them medicine, and did everything for their comfort. The kittens, three boys and two girls, quickly began to recover thanks to her care. 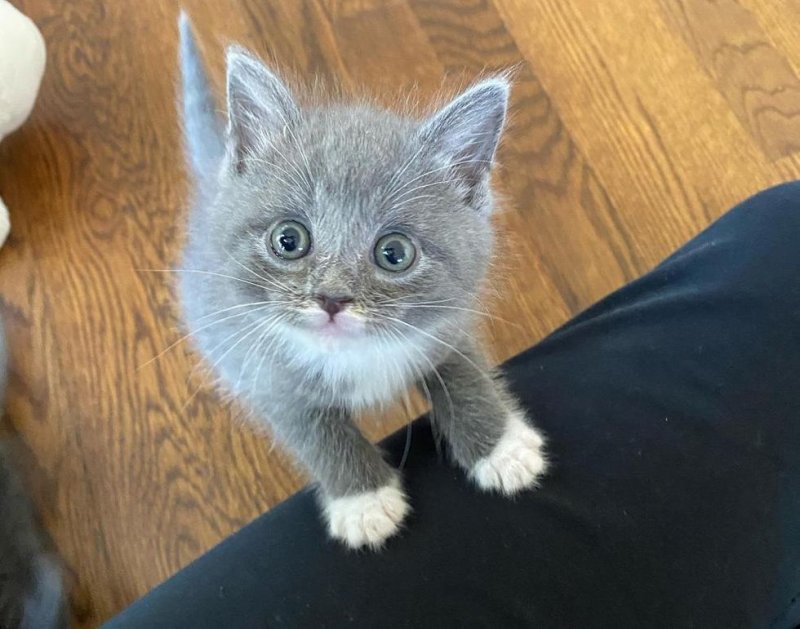 As soon as they felt better, they immediately started exploring the room and then the whole house. They became much louder and more demanding – both in their food and their guardian’s attention. 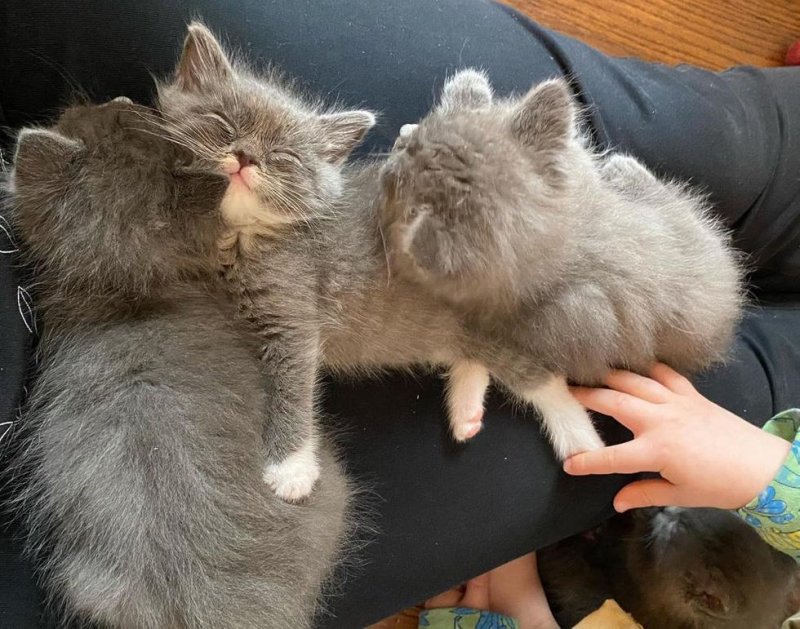 The kittens became very attached to their guardian. They constantly asked Penny for affection, crawling into her lap with the whole gang and purring loudly. They were very grateful to her for rescuing them. 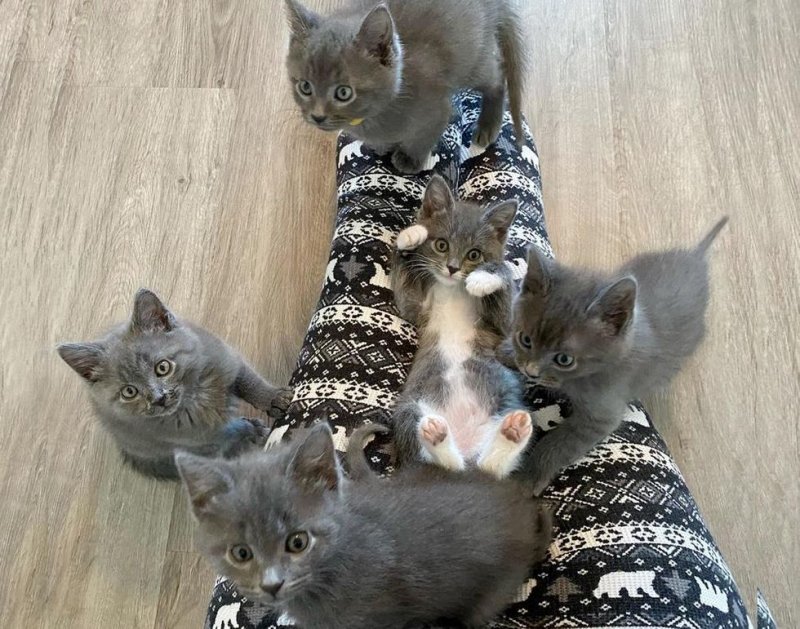 The kittens have grown up to be even more playful and active, but some habits have not disappeared – even as teenagers, they still all crawl onto their guardian’s lap together and demand affection. 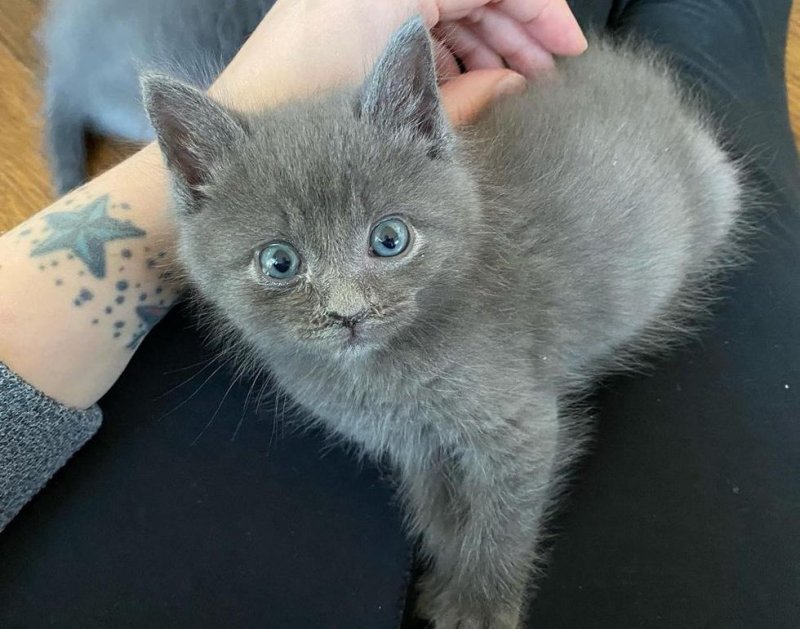 When the kittens were 11 weeks old, they were ready for a new chapter in life – permanent homes. Loving homes were quickly found for them and they are now enjoying life next to their loving owners. 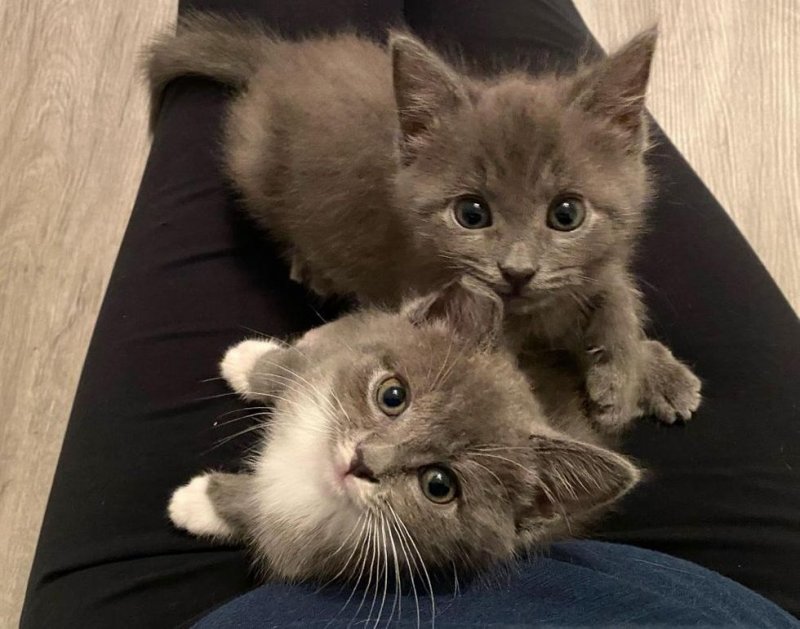 Many thanks to the kind people who rescued these babies! 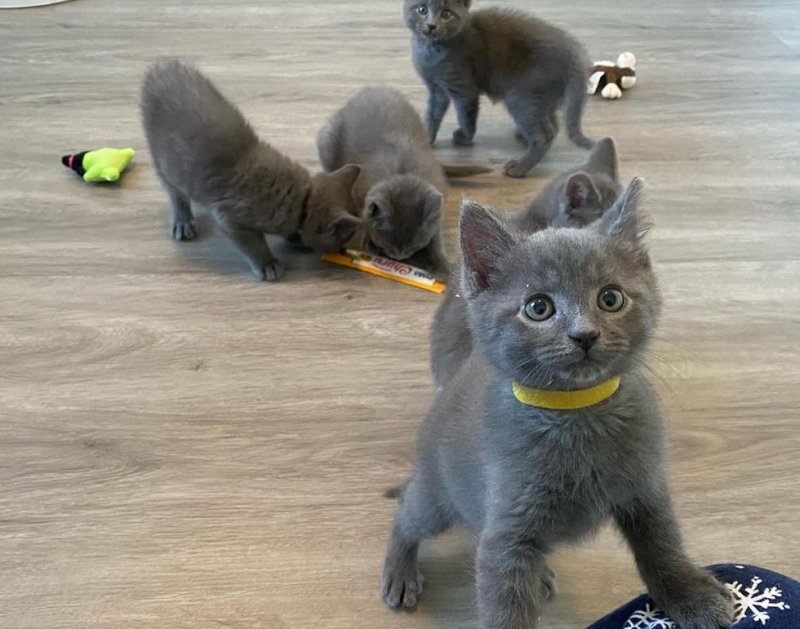