This beautiful story shows that true love knows no boundaries.

True love is able to overcome any obstacles, even the most distant ones. And two birds are a perfect example of that.

Klepetan and Malena are two storks from Croatia. They fell in love with each other a long time ago and have been together ever since. They met on the red roof and became inseparable. 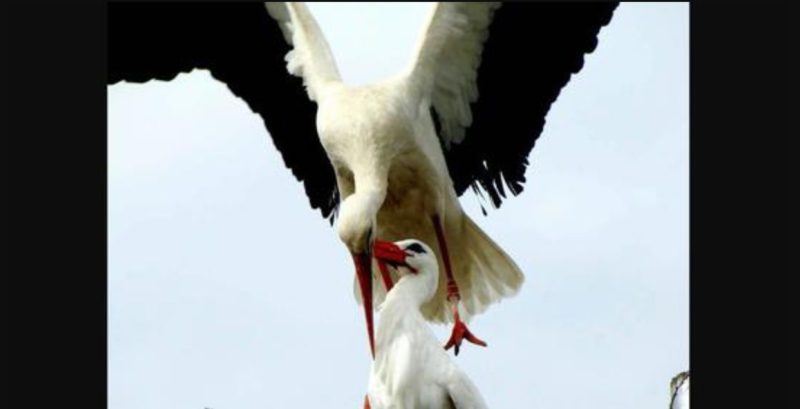 Klepetan’s devotion to Malena goes beyond the typical romance. A few years ago, Malena was wounded by a hunter.

With damaged wings, she could not fly. And she had to stay.And Klepetan migrated to the south. But Klepetan has been returning to Malenа every March for the past 15 years. To reach it, he flew more than 8000 miles.

Klepetan is incredibly devoted to his beloved. Stepan Fokich took care of the storks from the first day. He lives in a house where storks met on the roof! According to Stepan, Klepetan returns at the same time every year. A man likes to meet a bird with a big bucket of fish. Klepetan joined Malena a week earlier! At first Stepan doubted that it was him, but when he started looking for a bucket of ordinary fish, the man was convinced that it was Klepetan.

They live a wonderful life together. They built a cozy nest on the roof. Together they have raised more than 40 storks! Obviously, they have found a love so strong that they can withstand any obstacles.