A young Rottweiler appeared at a local store a week ago. At this time, the temperature dropped seriously and at night you could see more than 20 degrees with a minus sign on the thermometer. 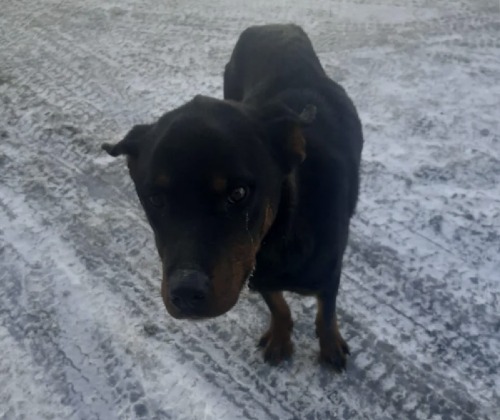 The girl tried to escape from the cold in the store’s dressing room, curled up in a ball and looking hopefully at each incoming and outgoing customer. The girl was crying real tears, she was shaking from the cold and worries. The dog’s gaze was so sad that it seemed she was convinced that the next day would be her last. 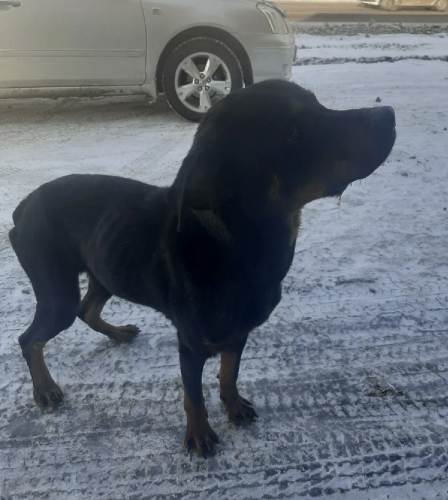 The Rottweiler almost died under the wheels, fortunately, the driver reacted in time and was able to brake. 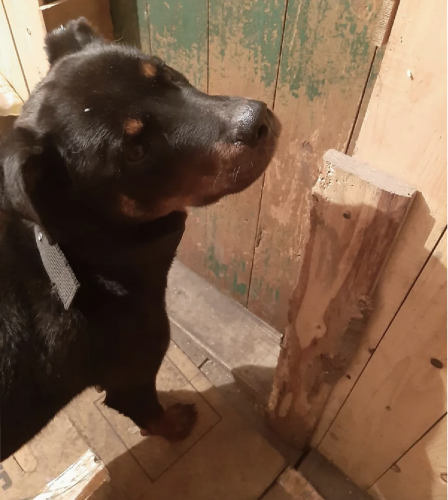 It was difficult to look at the dog without tears in the eyes. The animal was hungry, the skin was tight around the ribs, and the stomach was sunken. The girl would not have been able to survive in such frosts and one morning she would have been found motionless just on the porch of the store. A good person helped to avoid the worst scenario. 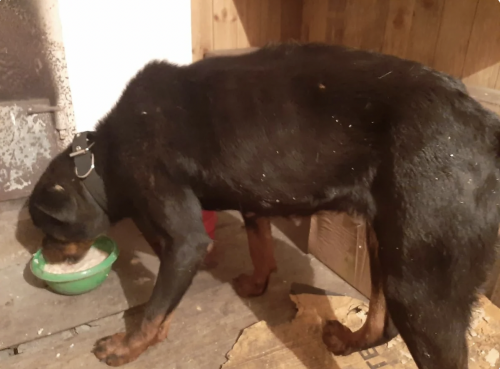 Returning from work, Natalia went to the store and took the girl with her. The woman settled the animal in the bath. While Natalia is taking care of the animal and trying to fatten the baby a little, the dog needs a good home. Her current owner has a lot of animals, most of them were thrown under the door to the woman, she herself saved some of the animals from homeless life.

ANIMALS 0 28 views
A man who was out for a walk noticed a small creature. As he

ANIMALS 0 2 views
People noticed two stray cats with round bellies on the streets. The pregnant kittens

ANIMALS 0 21 views
When people noticed a black and white kitten on the street, they immediately saw