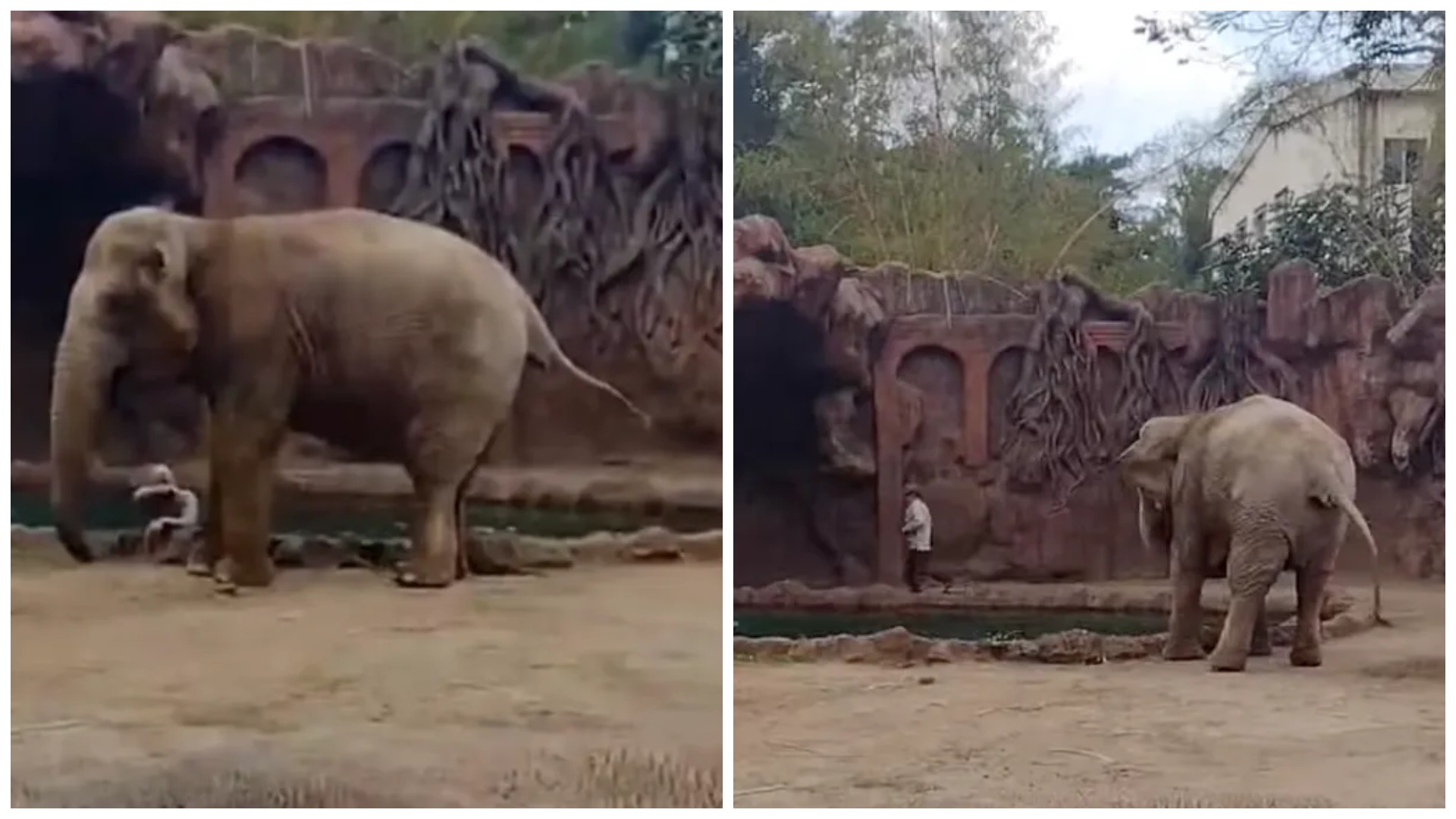 A little game with the herd could have turned into a nightmare for a helpless, tiny antelope at a zoo in Guatemala. The horned animal accidentally fell into the water and struggled to get out. Luckily, the antelope got a second chance thanks to a sharp-eyed elephant who alerted the caretakers as soon as it realized its little friend was in danger. The brave zoo keeper heard the elephant’s cries for help and saved the day. The dramatic moment was captured on video by a visitor! 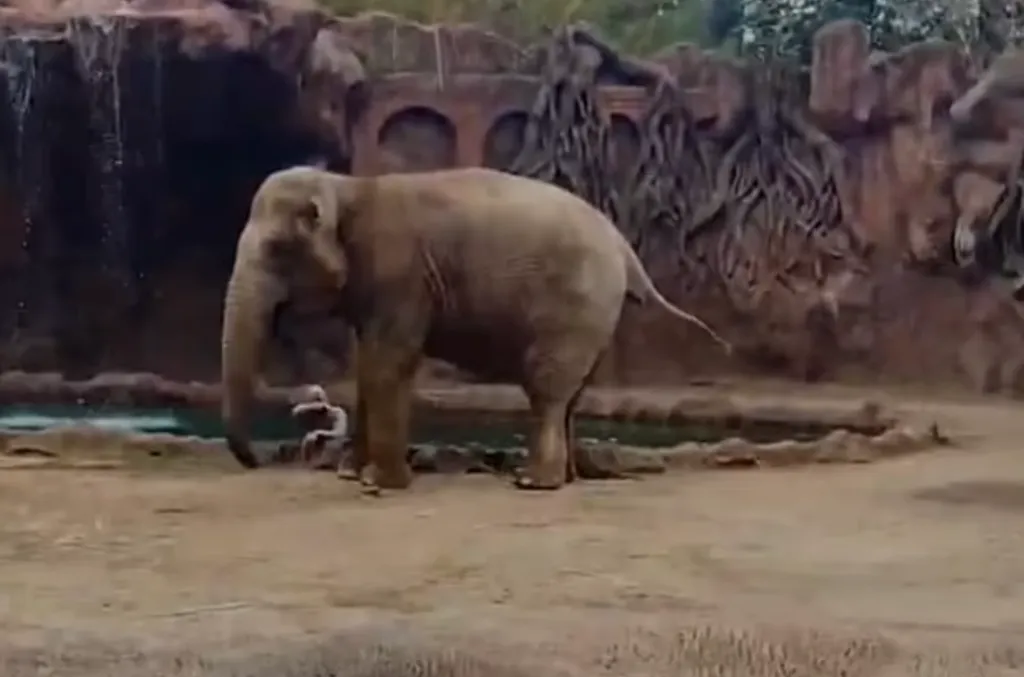 While visiting the La Aurora Zoo in Guatemala, Maria Diaz witnessed a scene she won’t soon forget. A group of antelope was running through an elephant enclosure when one of them fell into a pond and risked drowning. But luckily, a 60-year-old elephant named Trompita was on guard and incredibly saved the situation. 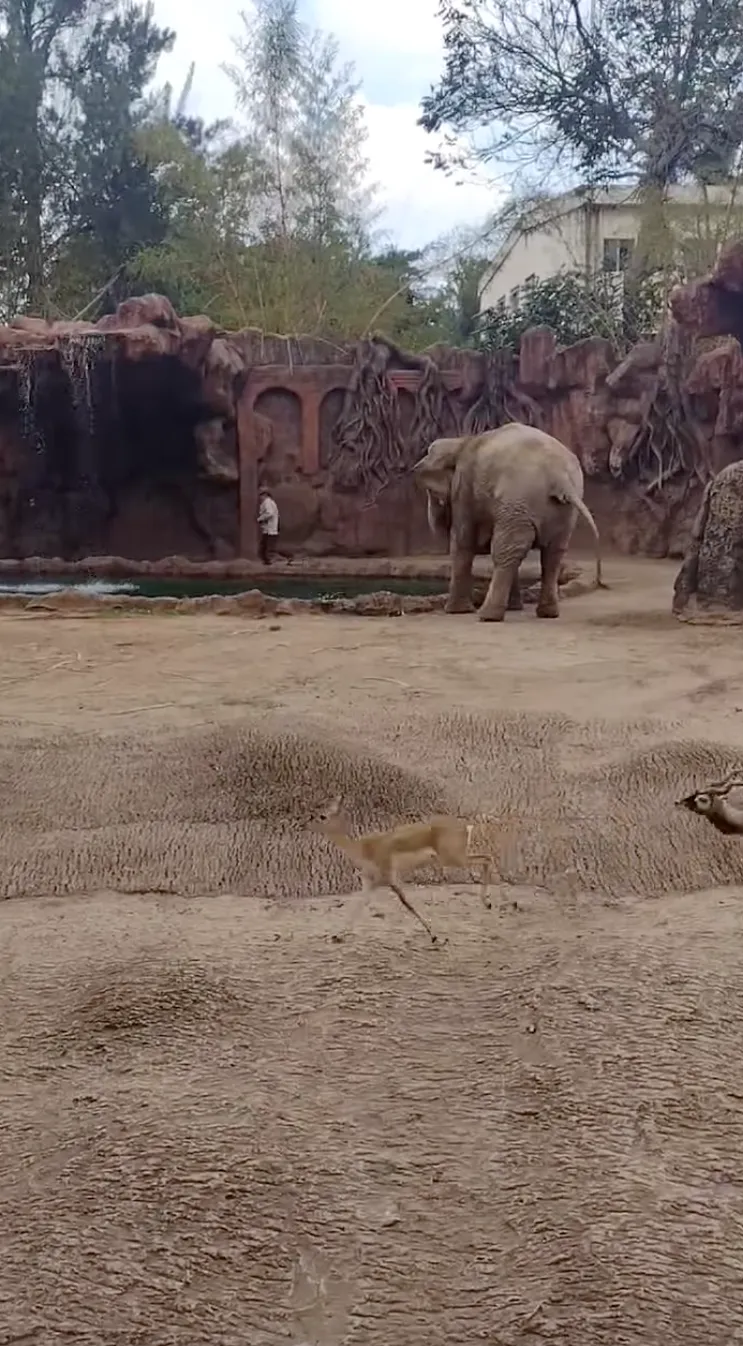 “Today I was lucky to witness something very beautiful, an elephant seemed desperate to warn that an antelope was drowning, in the end, it was rescued by a brave worker,” the woman wrote on Facebook.

The worried elephant called desperately for help, and it even tried to lift the helpless animal with its trunk, but to no avail. Fortunately, a zoo keeper heard the elephant’s desperate cries for help and rushed over to see what had happened. A brave man named Romeo López eventually managed to pull the antelope out of the water. “I saw that an antelope in the water was really scared, fighting for its life and an elephant trying to help him,” Maria Diaz explained to the Storyful. “In the end, it was rescued by a brave worker and I was really impressed and happy.”

Trompita, who has lived at the Aurora Zoo for more than 14 years, has become very attached to the antelopes as they live in the same aviary.

You can watch the drama below!