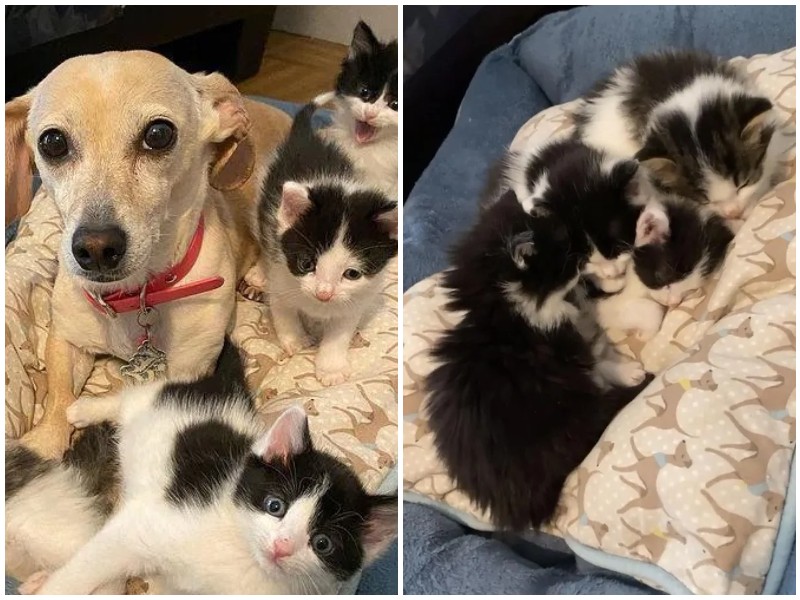 Four little kittens were found on the street – they had lost their mother at an early age. Shy, tiny and hungry, they didn’t know where to go and were in great need of love. Soon a kind dog came along and gave them a new world…

Four young kittens who had lost their mother at an early age were picked up on the streets of New York. People saw the kittens in their backyard, where their mother cat had left them for the last time. The frightened kittens did not know where to go and were very hungry. 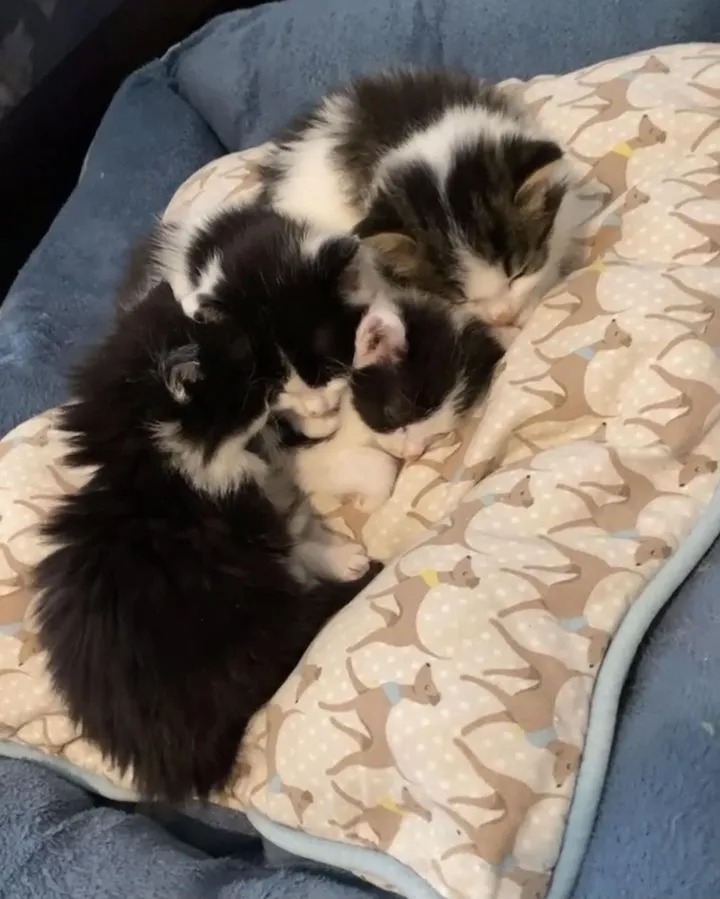 Kind people gave them to The Crazy Cat Family, where the kittens were gladly accepted. The kittens were about four weeks old, and they immediately found a place of temporary care in the home of a volunteer named Asa. 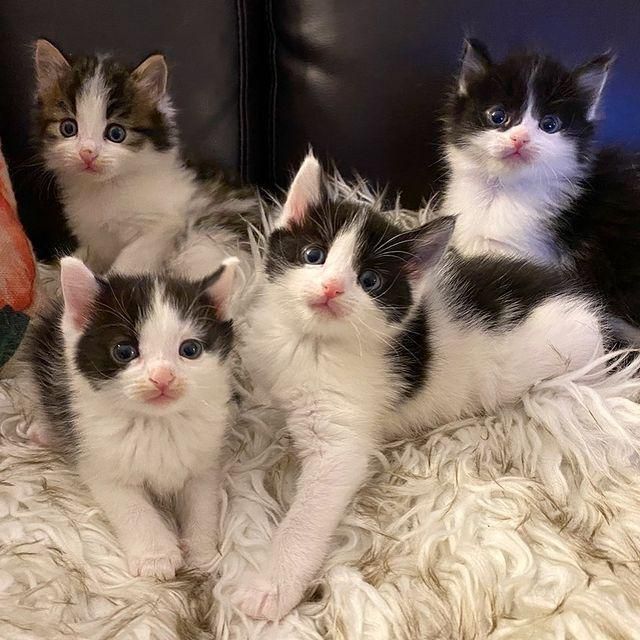 When the kittens got used to the house, the guardian decided to introduce them to her pet dog, Kona. This kind-hearted dog has always looked after the kittens the guardian has taken in, and these babies were no exception. 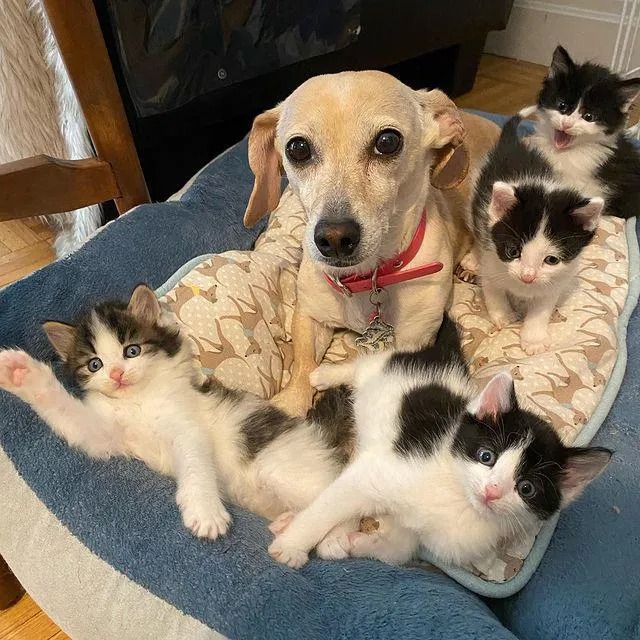 When Kona saw them and heard a squeak, she rushed to soothe the babies, to lick them, and to let them know that they were safe here. The little ones were noticeably calmer and more confident around the dog. 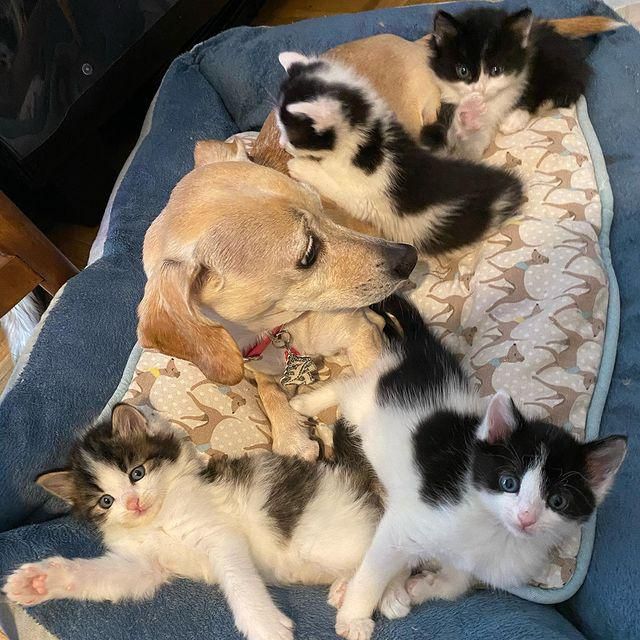 Kona loved the kitten who was half the size of its brothers. The kitten, called Peanut, was in poor health and needed sensitive care.

Kona did not neglect the weak baby. She was always there, washing it and watching its every move, realising that it was not as tough as the other kittens. 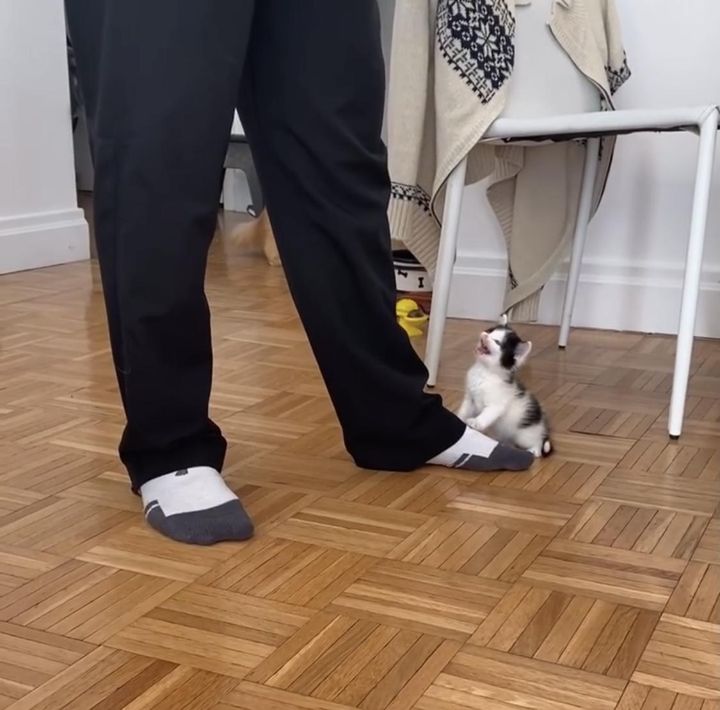 When the kittens are old enough, volunteers will find permanent homes for them, but right now they are under the watchful eye of attentive Kona, who loves them with all her heart! 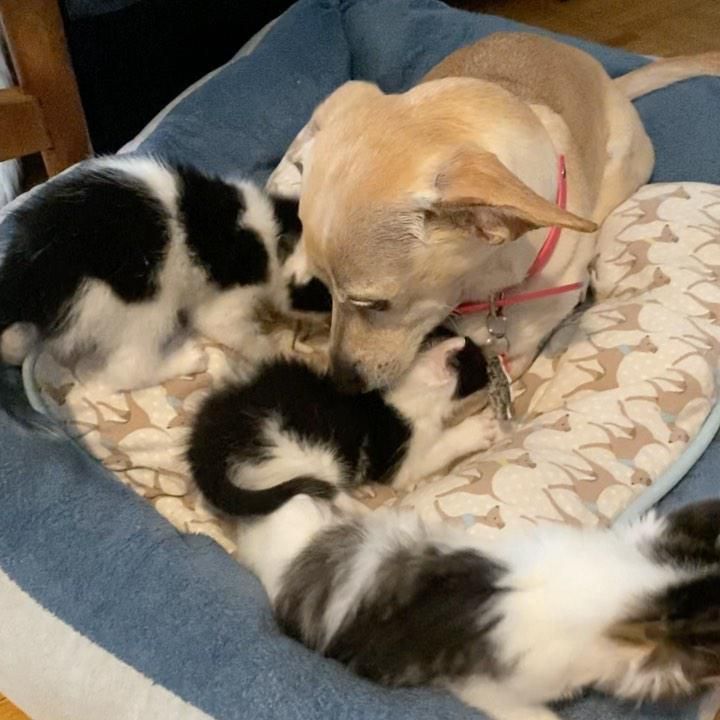