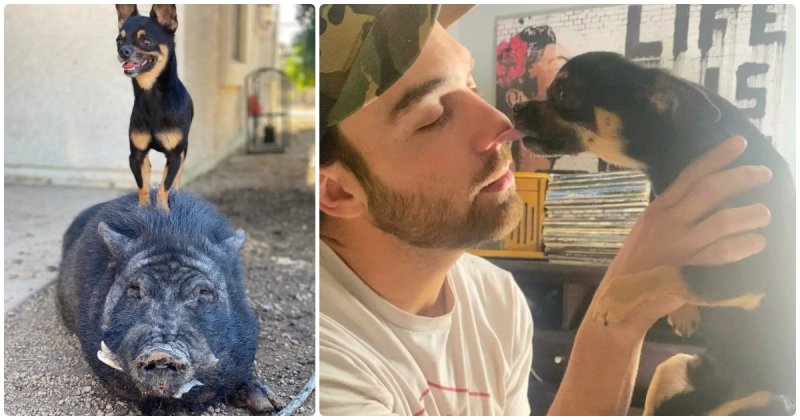 This tailed couple from Arizona (USA) resembles Disney’s Timon and Pumbaa from The Lion King. The resemblance to the cartoon characters is incredible. Except their lives were clearly worse!

Staff at Petter Piggies Rescue rescued a piglet and a Chihuahua from their abusive owners. They came to pick up the piggy but noticed that the animal refused to leave without its little friend. 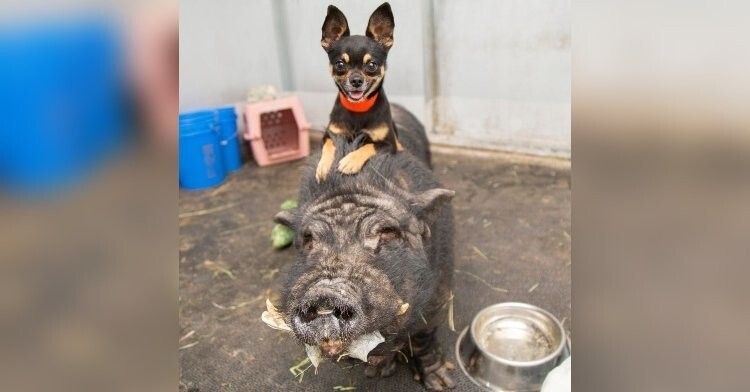 The volunteers did not separate the animals and took them both away. The Chihuahua even rides on the friend’s back. 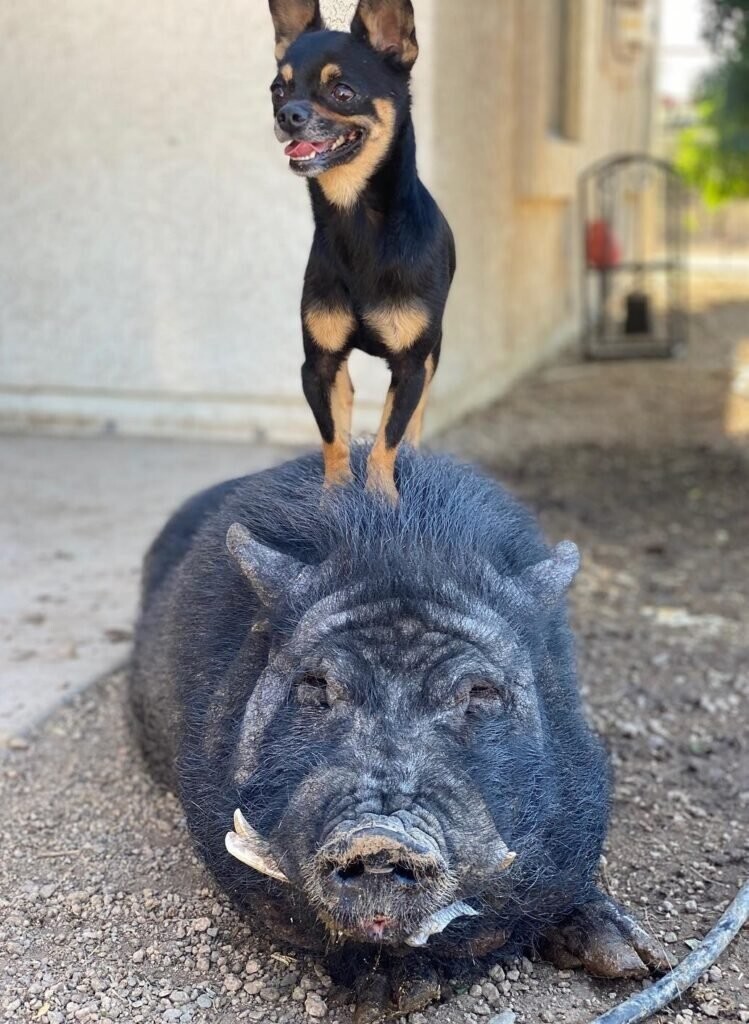 The boys immediately became friends with the other members of the shelter. Visitors literally squeal with delight at the sight of this cool couple. 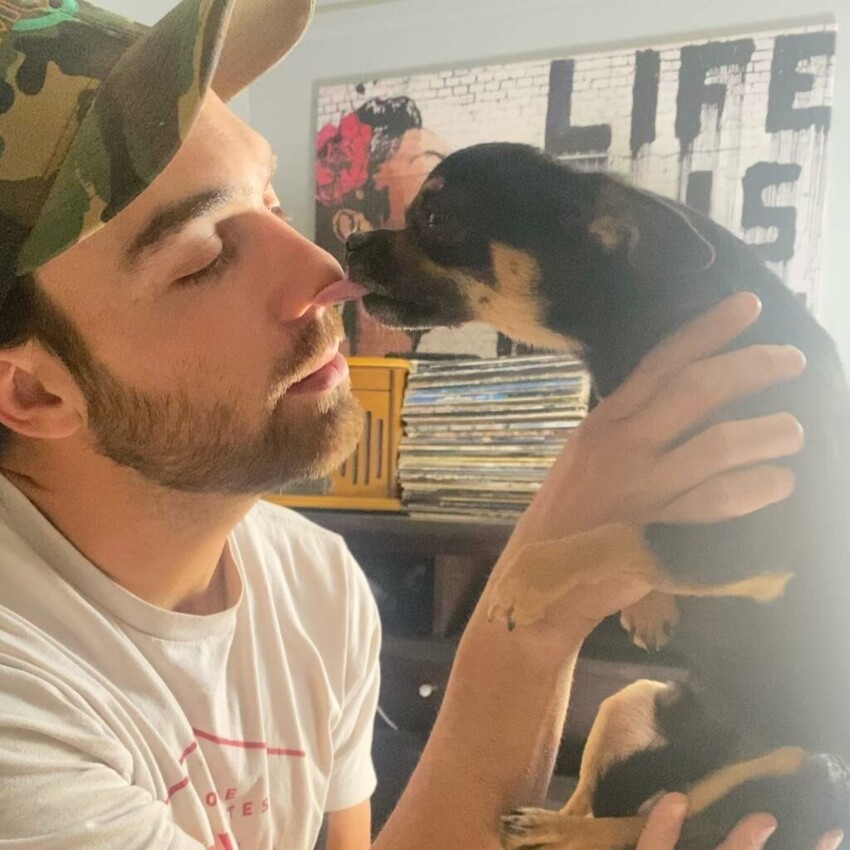 Employees hope that there will be a family ready to shelter 2 pets at once. After all, it’s not worth separating them!