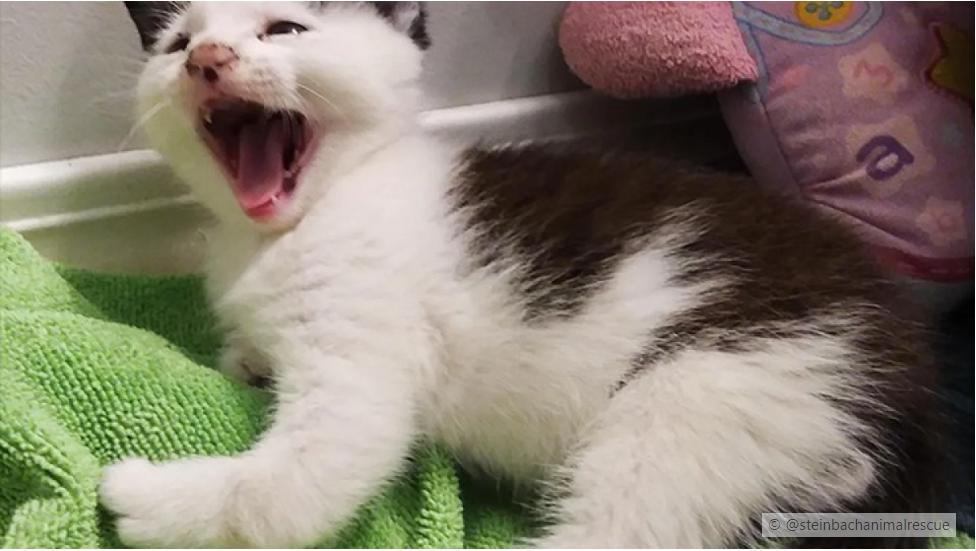 Cats sometimes tend to leave out one of their babies if they are stunted or deficient. This is called natural selection. This kitten paid the price. Fortunately, Good Samaritans came to his aid.

A man found a black and white kitten with deformed legs on his property. The poor animal was alone, his mother had abandoned him when she moved her litter.

The man, therefore, contacted the Steinbach and Area Animal Rescue (SAAR) association located in Manitoba, Canada. It was the medical director and reception coordinator of the establishment, Raelle, who took him under her wing. “He was about 5 weeks old at the time, but he looked smaller. He was so precious and tiny,” the woman told Love Meow. 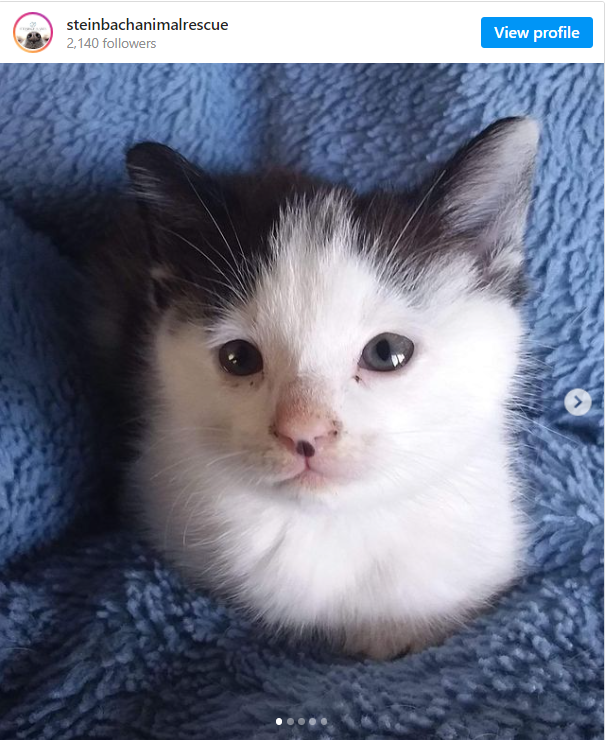 Raelle did not take into account the handicap of the unfortunate and fed him regularly so that he regained his strength. She also placed him in the fleece pocket of a sweater to comfort him.

“I carried him with me as much as possible to keep him warm and help him feel safe. When I didn’t have him on me, he slept curled up around a stuffed panda,” Raelle explained.

The kitten named Professor X socialized very quickly. He was meowing to get his adoptive mother’s attention and was thanking her with his loudest purrs. 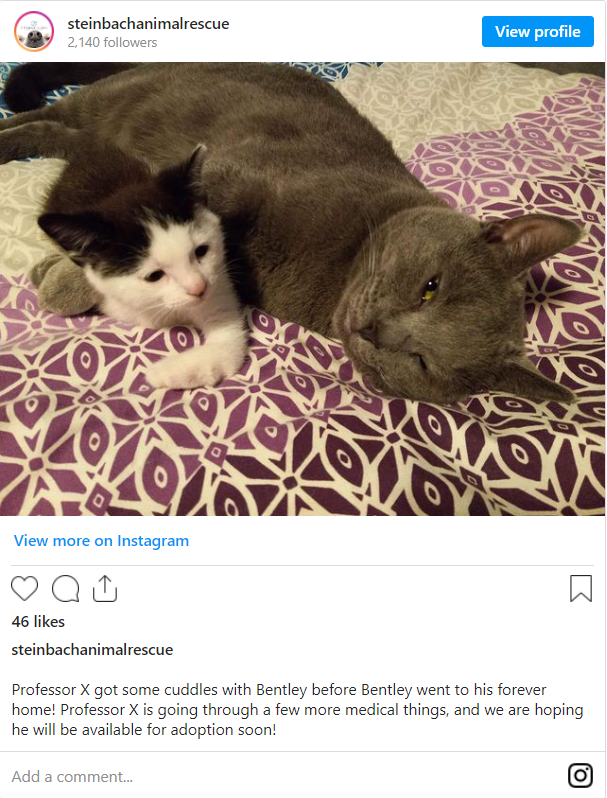 Sometime later, the rescue group went in search of Professor X’s family. His brother and sister were thus able to be rescued in turn. The wild mother, meanwhile, was captured for the sole purpose of sterilizing her. She was then released back into her habitat.

« The kittens were very happy to be reunited, » Raelle said.

Soon, the little troop will be ready to leave for new adventures. In the meantime, the babies take full advantage together with Raelle’s big cat who takes care of them.