This emaciated, crusted dog was spotted on the streets of a small town in India. People immediately saw that the dog was a nursing mother, and later the dog itself led them to its only precious puppy.

People spotted this dog around the city of Udaipur in India. The dehydrated, scrawny dog looked distrustfully at people and searched for food. They immediately noticed that it was a nursing mommy and called for rescuers to help it and take it to safety… 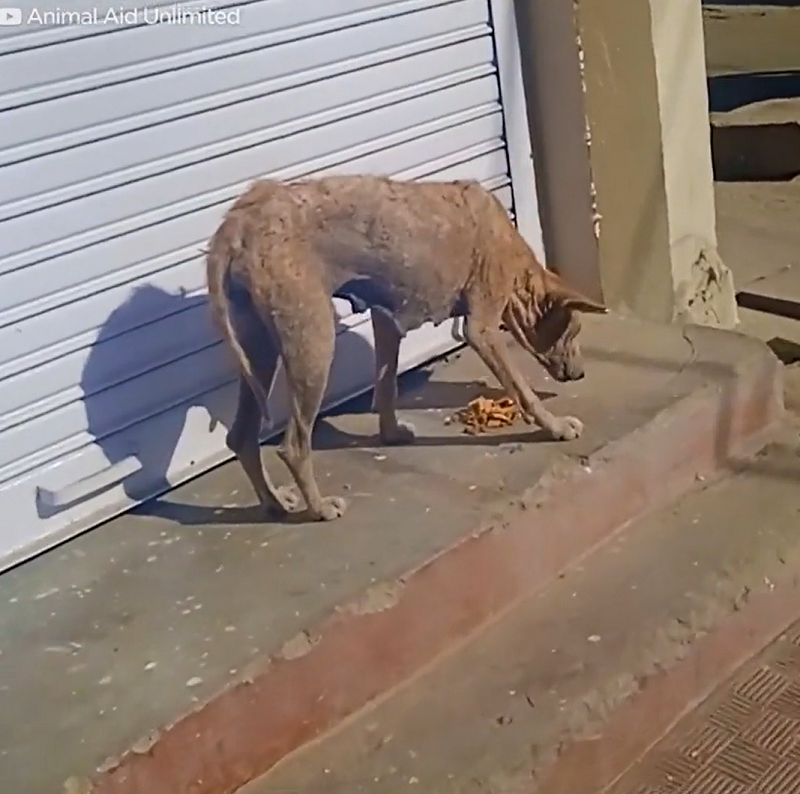 Animal Aid Unlimited responded to the request. One of the volunteers went to see the dog and was horrified by its poor condition. The dog could barely move, and when the man offered it food, it began to eat a little at a time. Despite its difficult living conditions, the kind dog almost immediately allowed him to pet it. 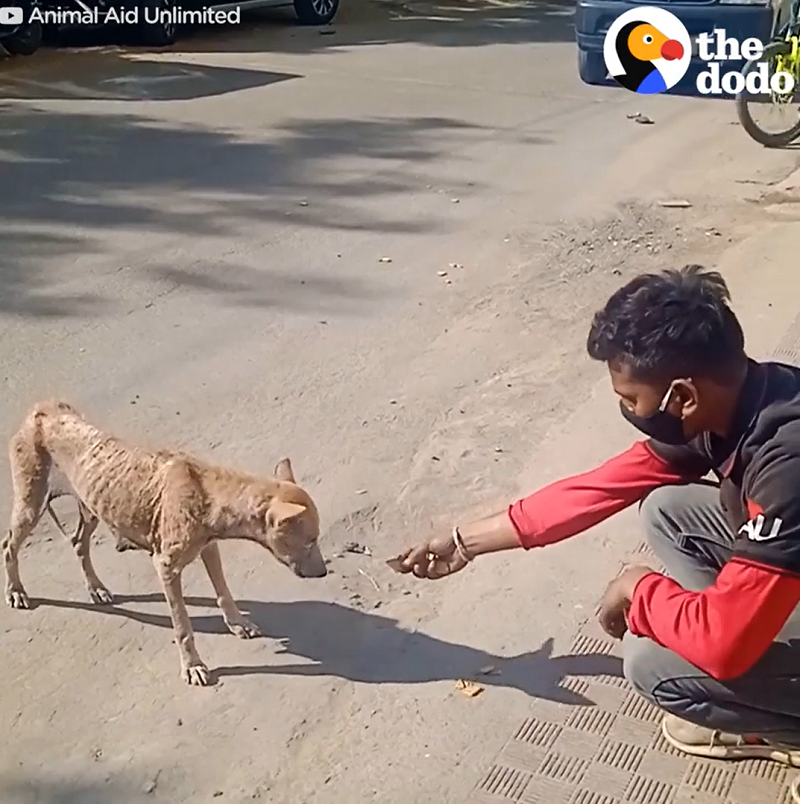 The dog then took the man to its only puppy, who was eating food left behind by locals at the time. A volunteer took the mother and puppy to the rescue center to look after them and restore their health. 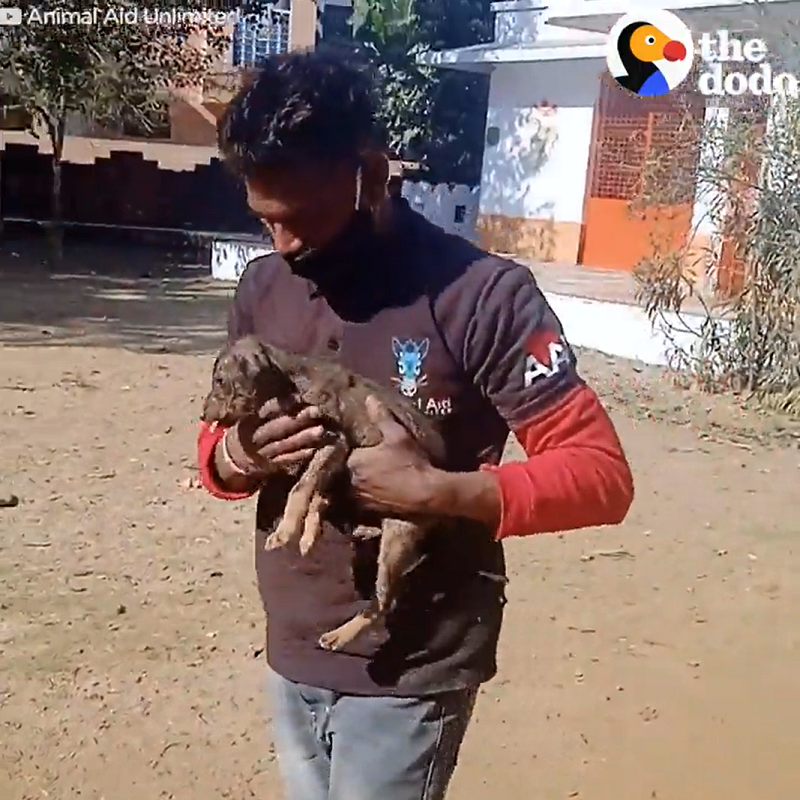 The mother dog was in a more horrible condition than the puppy. It was covered in a crust due to scabies all over its body. The dog had almost no hair and the staff found it seriously underweight. The path to recovery began – the dog and puppy were given therapeutic baths, hourly feeds, care, and love. 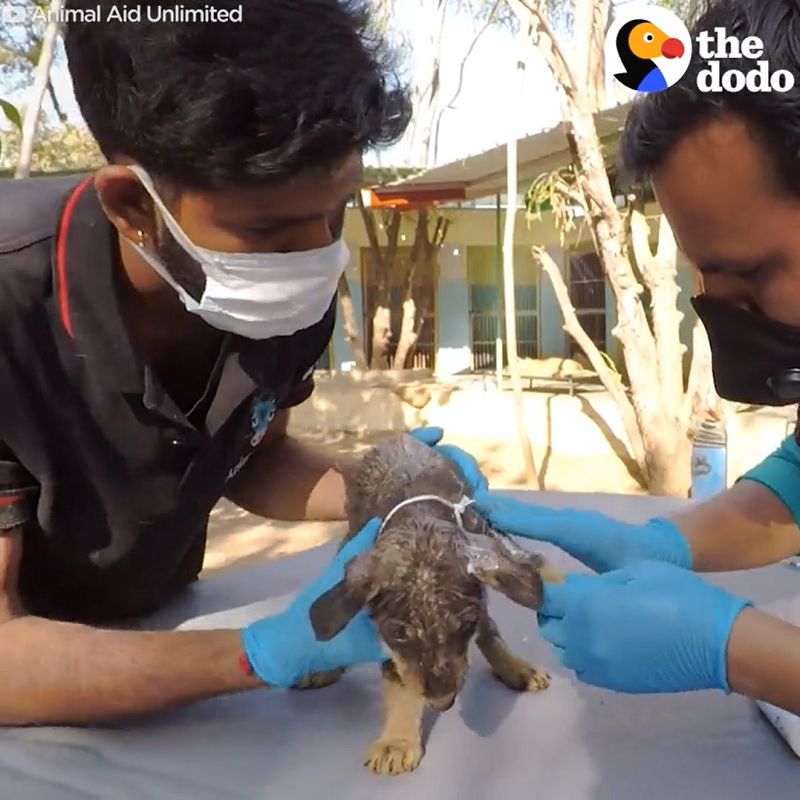 The result was not long in coming. The puppy recovered quickly, and so did the mother dog. After a month of treatment, the dog began to look like a normal dog – its fur had grown back, it had gained some weight, it looked better and was more active.

Now the mother dog and puppy are still living at the shelter, surrounded by caring staff. They are very grateful to people for rescuing them and love to give them affection and play with each other and with the other dogs at the center. When the time comes, volunteers will find permanent homes for them! 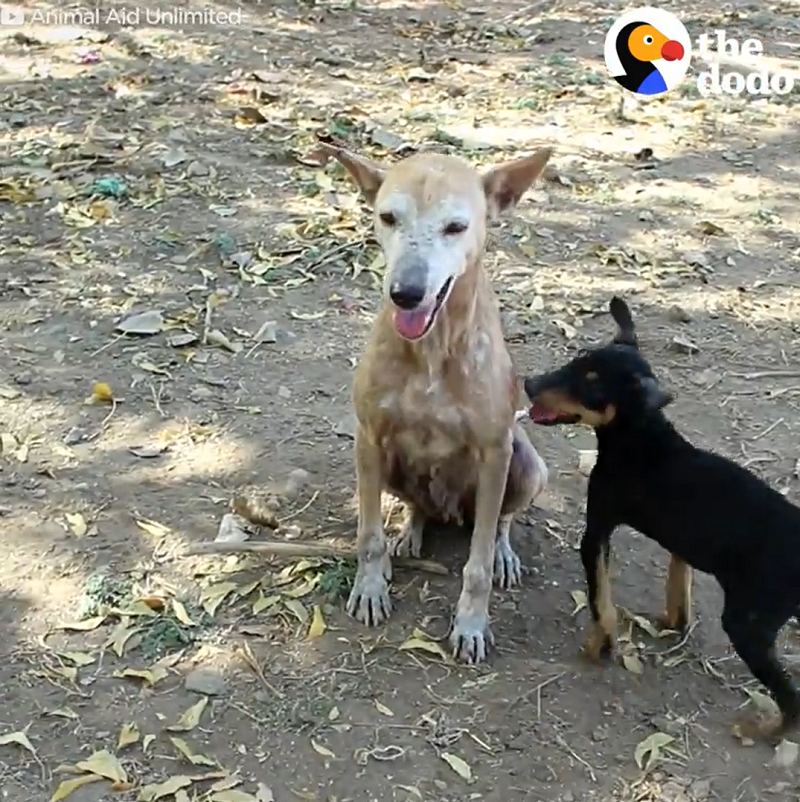 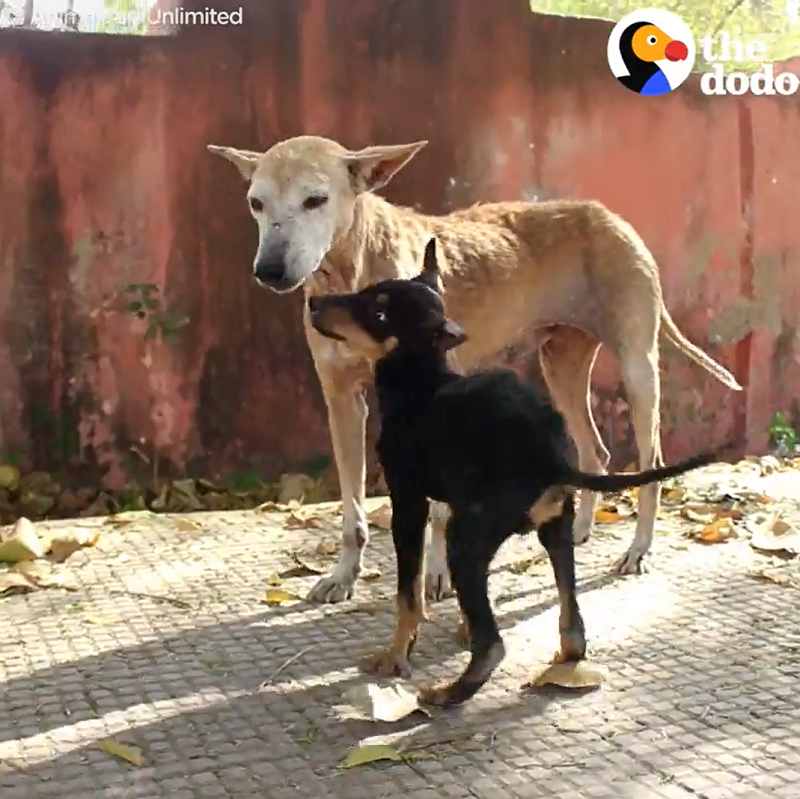