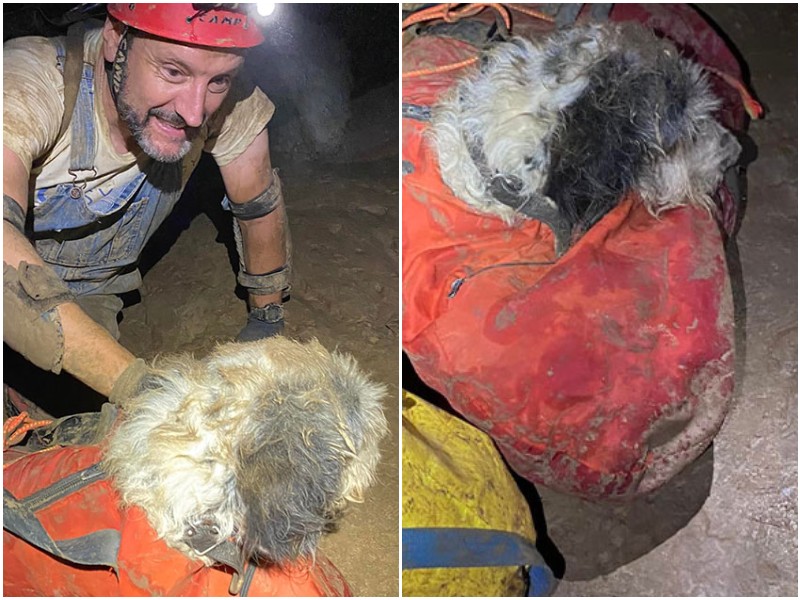 While exploring the caves, experts found a hungry, emaciated and weak dog. The poor thing was 150 metres underground, and no one knew how it had got there. Later it turned out that the dog had been actively searched for two months.

A family in Perry County, USA, lost their pet 13-year-old dog, Abby, two months ago. While walking and playing with another dog, Abby suddenly went missing. No matter how hard its owners tried to find it around the area, it was no use. Abby was nowhere to be found, and they were beginning to lose hope. 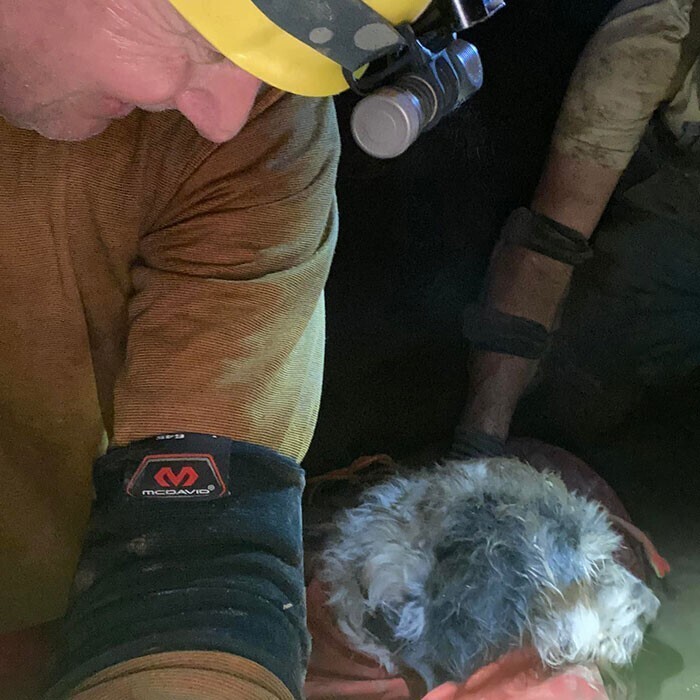 Not long ago, a team of local speleologists (cave and underground tunnel explorers) were exploring a cave system in Perry County. They were on a route, but suddenly they had to interrupt their exploration… They stumbled upon a dog, who, unknown to them, had ended up inside. The skinny, hungry, weak dog was in the tunnel at a depth of 150 metres. 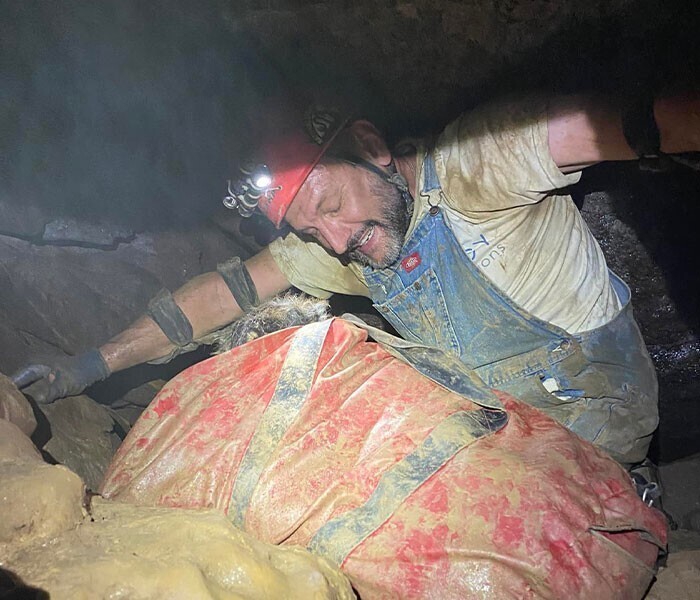 The poor thing couldn’t even move its tail when it saw the speleologists. It could hardly move, and was in a very sad state. The temperature in the cave was about +14 degrees Celsius and there were only large puddles of water around. Dogs can survive for a number of days without food or water, but it was obvious that this poor creature had been here for a long time. 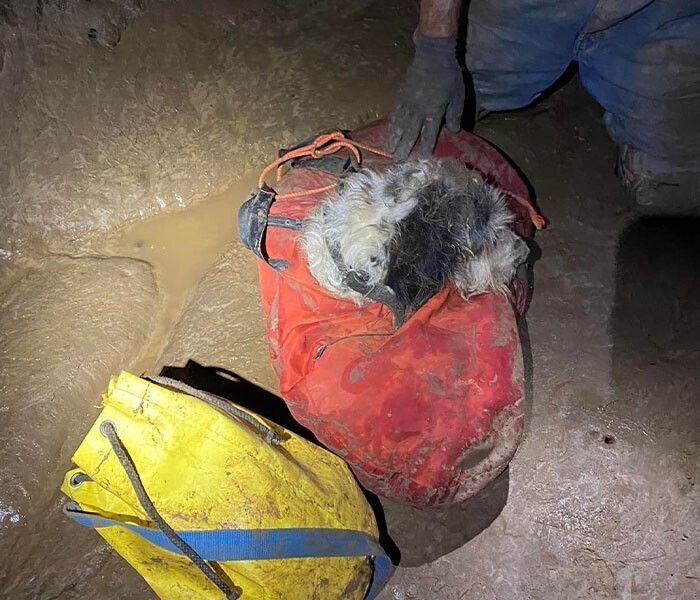 The animal was in a narrow space – and the speleologists had a hard time getting to it. But luckily they were able to rescue it, and immediately wrapped it in a blanket and a special bag. Then they started questioning locals and showing photos of the dog. It soon became clear that it was Abby.

Its owner, Jeff Bonert, was shocked when the speleologists called him to tell him they had found Abby. The tunnels were about three kilometres from the family home, but they had no idea Abby might be inside. “When I found out Abby had been found and she was OK, I had no words. She’s a real hero,” says the owner. 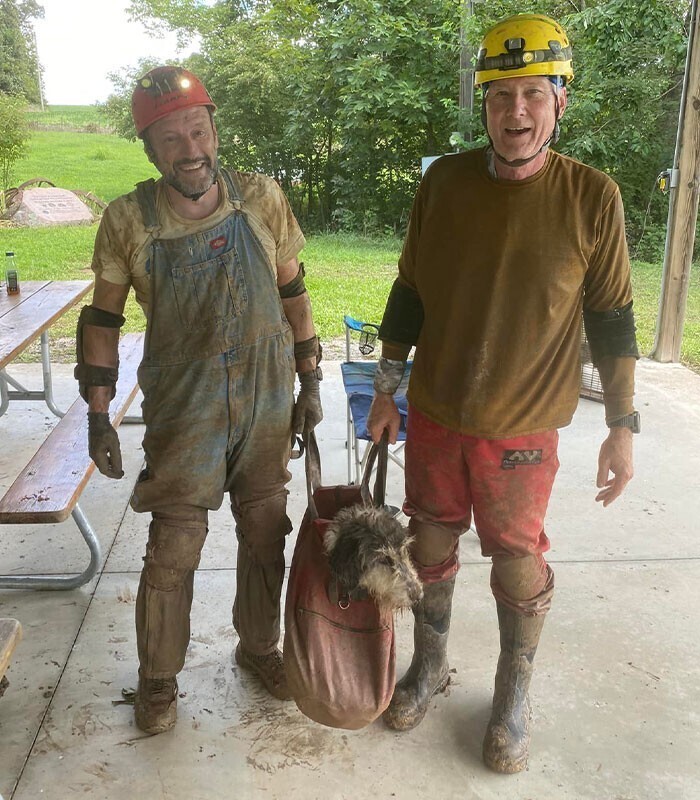 It’s unclear how Abby could have ended up in the cave. According to its owners, it might have been chased by a small animal like a mouse. But the fact that it survived is heartening. The owners are now actively restoring Abby’s health and helping it recover from the stress as quickly as possible. 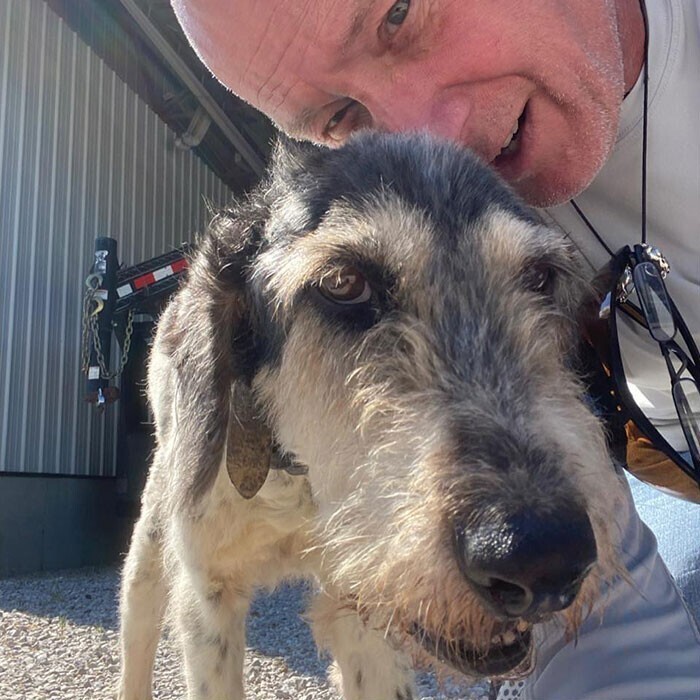