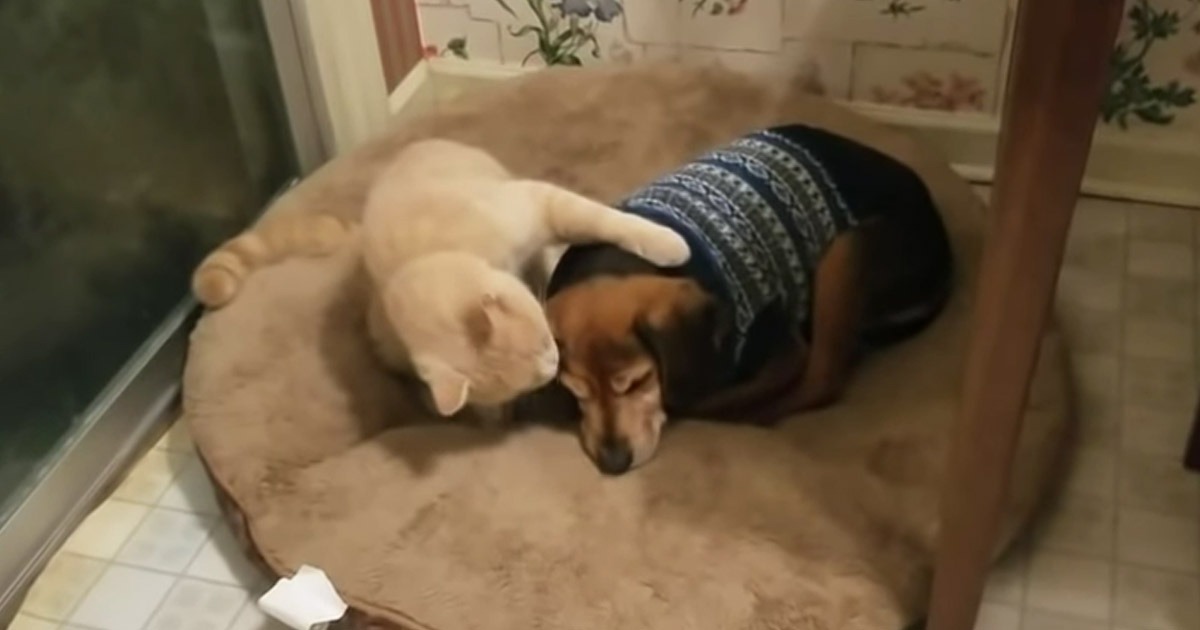 This is an emotional moment when a very caring cat comforts his dog friend. Blind, sick and old, the poor dog does not feel too comfortable. But, apparently, everything comes back to normal when he realizes that his friend is next to him. The owner captured this scene on camera, and it’s a heartbreaking sight!

Although people tend to think that cats and dogs don’t get along too well with each other, there are so many stories proving the opposite. 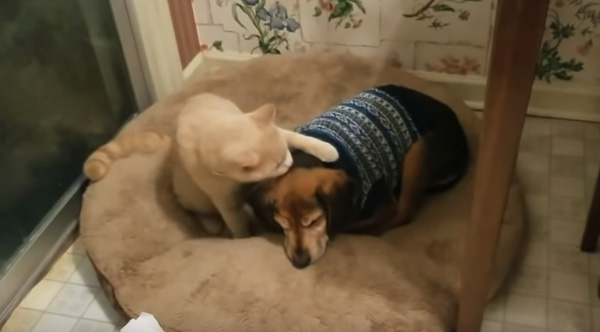 Jim the cat and Bruce the puppy have always been friends. But a couple of years ago, their bond became stronger than ever because of misfortune. Unfortunately, Bruce lost his eyesight due to diabetes, and his life has become harder than ever. But when you have such wonderful friends like Jim, you will definitely overcome any obstacle. When his brother found himself in such a helpless situation, Jim quickly realized that he had to comfort him and help him find a bowl of water. So, ever since his buddy went blind, Jim has become more affectionate than ever, always eager to protect and help his old friend. But one situation in particular was more touching than ever.

Two friends were sitting side by side on Bruce’s dog bed when he suddenly got scared. But Jim was there to assure him that he was safe. The caring cat simply put his paw on his friend’s head and gently touched him, licking his face, which became one of the most beautiful manifestations of affection between animals.

The emotional moment can be viewed here: