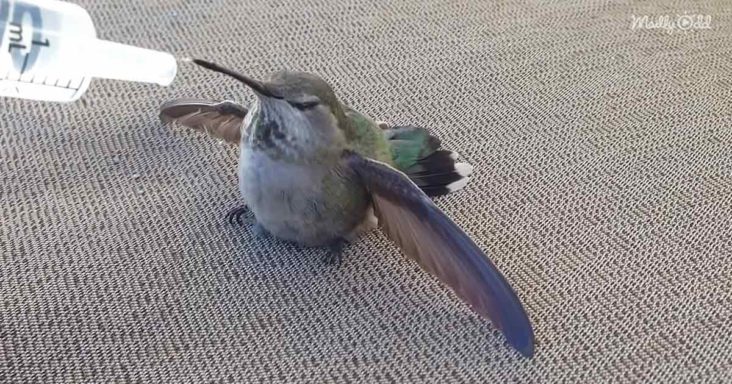 Will Salame lived in Orange County, Southern California. He woke up early one day and went to his garage for some work when he saw a hummingbird locked up in his garage for the night. 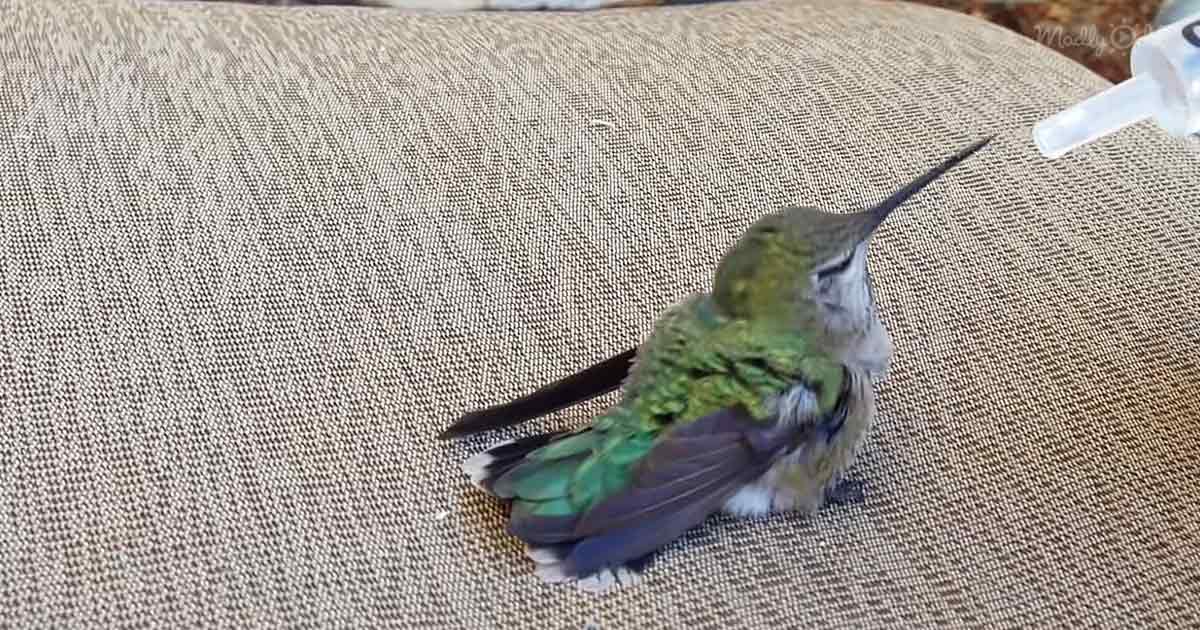 The poor bird got dehydrated and fell to the floor of the garage. Will decided to help the little bird and brought her to his home. Fortunately, the good man had a tiny syringe to feed the bird.

As soon as the bird got the sugar water, he greedily drank it from the syringe and then looked at his savior as if he wanted to thank him for helping him. After the poor bird drank the homemade nectar, he could stretch his wings. 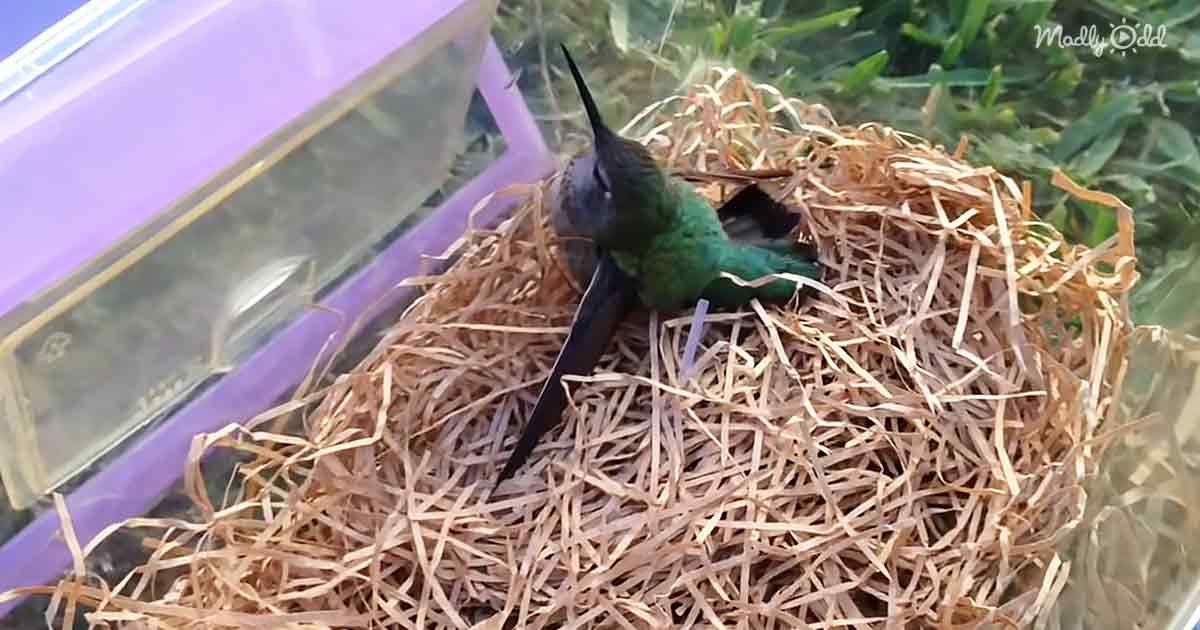 However, he did not go anywhere even when Will let him go. Even after a few hours, the bird did not go anywhere. Instead, he sat patiently in the garage and looked around quietly. Finally, the little one was ready to get more sugar water in the afternoon.

Will was more than happy to feed the bird once again. But, it was almost three in the afternoon, and still, the bird needed some more time to take his flight to freedom. So, the kind man gathered some items to make a nest for the hummingbird. 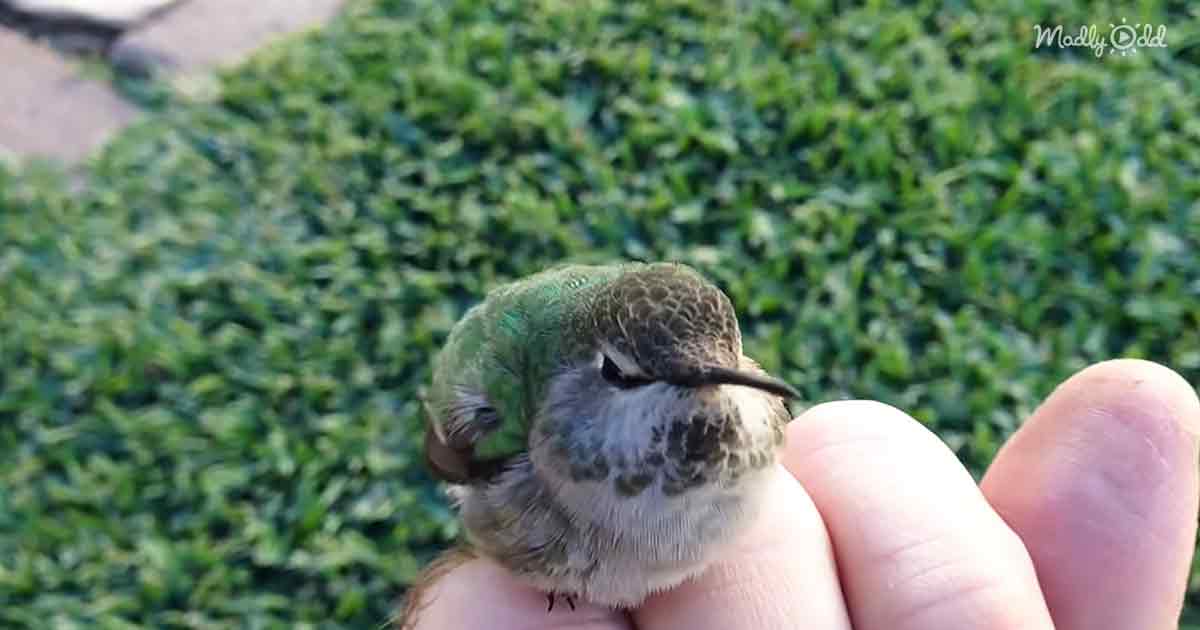 Will then nursed him once again with some more nectar from the syringe. Finally, however, it was now time for the hummingbird to leave. Will had placed the bird in a little plastic box that looked like a beautiful make-shift nest.

He picked up the bird from the box and held him in his fingers. The little one was not scared of the human and felt safe in his hands. However, after a few minutes, the bird happily flew away to his home.