A Chihuahua dog died just a few hours after the death of its owner.

Dan McLelland was a sheriff in a Jig in Ohio for 13 years. He spent ten years of his service with his faithful little friend named Midge. Midge was a cross between a chihuahua and a rat terrier. The dog was even listed in the Guinness Book of Records in 2006. She was recognized as the smallest police dog in the whole world. 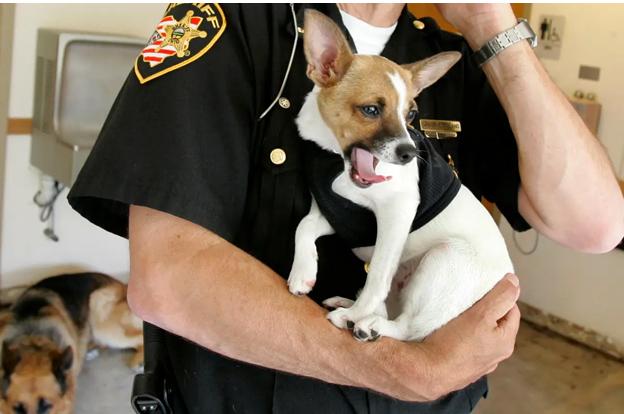 Since that year, Dan and Midge have become widely known among everyone. Only very often passers-by recognized Midge, but they did not remember the name of her owner at all. McLelland wasn’t sad about it. He liked to serve with his combat girlfriend. After all, she was just excellent at her job. Chihuahua had no problem finding drugs hidden in cars. Midge always worked well. She didn’t make any messes, she never spoiled the upholstery.

Then McLelland decided to retire, which he informed his colleagues about. He planned to go, with his wife and of course with Midge, to travel around America. So both policemen retired.

In April last year, Dan McLelland died due to cancer. He was 67 years old. Within a few hours, his combat girlfriend left after him. The veterinarian suggested that the dog simply could not bear the loss of its owner. The policeman’s wife decided to bury him with Midge.