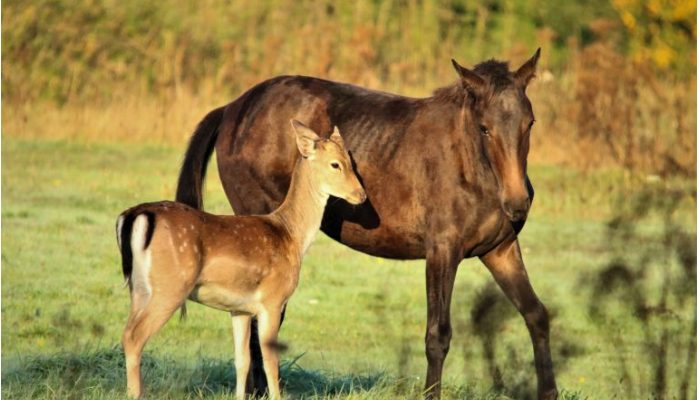 Every day, a lone young deer comes out of the forest to see horses being taken out into the field near the forest. It clearly thinks one horse and a foal are its favorites when playing with them. 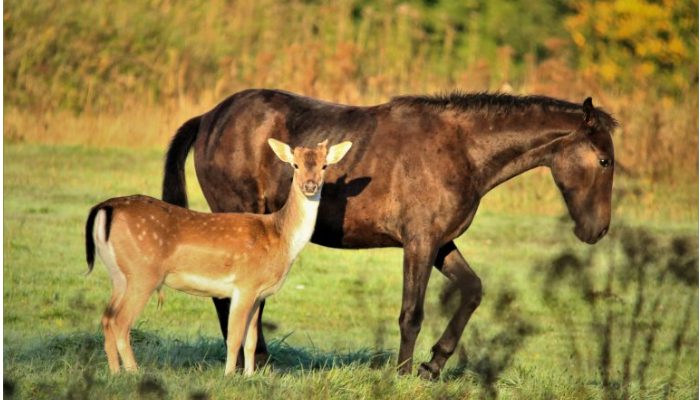 The horse and its colt clearly love the deer and have accepted it into their family. The other horse is especially kind to the deer. 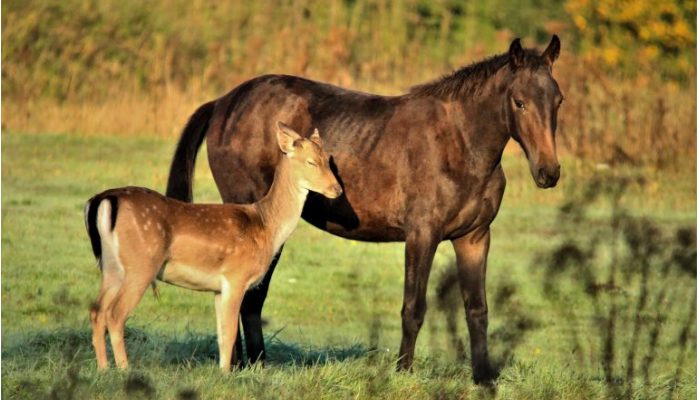 These touching pictures of the relationship between the deer and the horses were taken by a photographer who spent several days in the field. 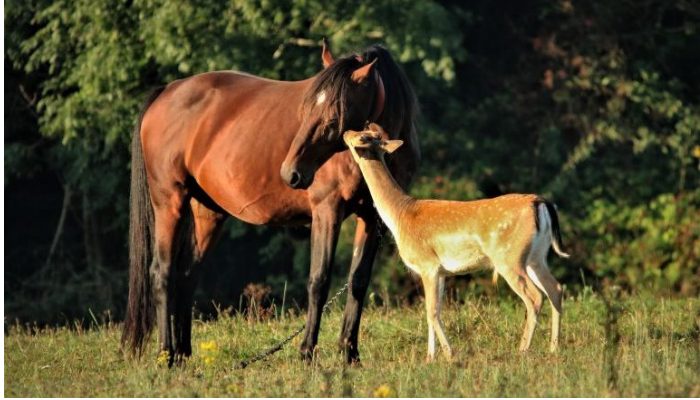 According to her, the horse hugged the deer, cared for it, and, surprisingly, treated it as if it were a foal.

‘’I have no idea what happened to its mother, but it has been seen alone for quite some time, and the horses have become its new family.”

”It was ‘taken on’ by them ‘‘according to the photographer. ”Their bond is absolutely incredible. When I first saw this, I realized that I had not seen such a thing before.”

Everyone who sees these photos will understand what I mean.’’ What an amazing story, isn’t it?”