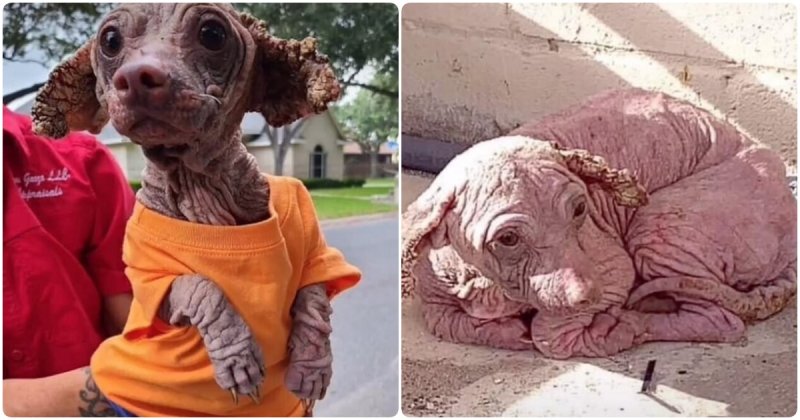 Volunteers at Cane Rosso Rescue found a bald and skinny dog six months ago on a Texas street. It was impossible to look at it without tears. It was a poor dog suffering from a skin disease, stressed, physically and emotionally exhausted.

The dog at the shelter is called Dobby. The animal was nicknamed Dobby because of its resemblance to the character from the Harry Potter film. 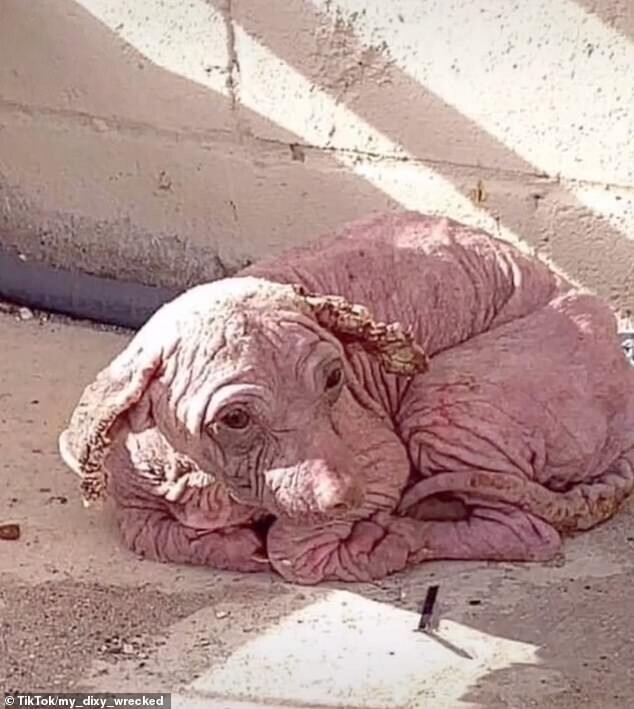 The vet examination revealed that Dobby was a cross between a Chihuahua and a dachshund. It turned out to be a young dog with a whole bouquet of ills. The poor dog was suffering from advanced scabies, which was making the animal uncomfortable. 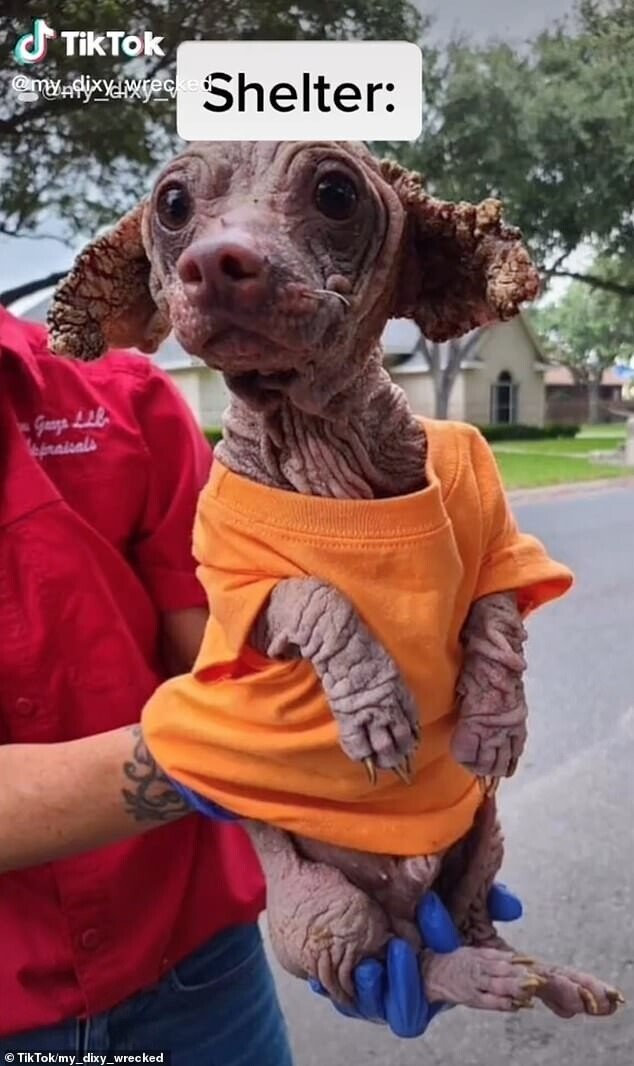 The dog was given urgent treatment. With time, after medication, baths and special ointments, Dobby began to recover. 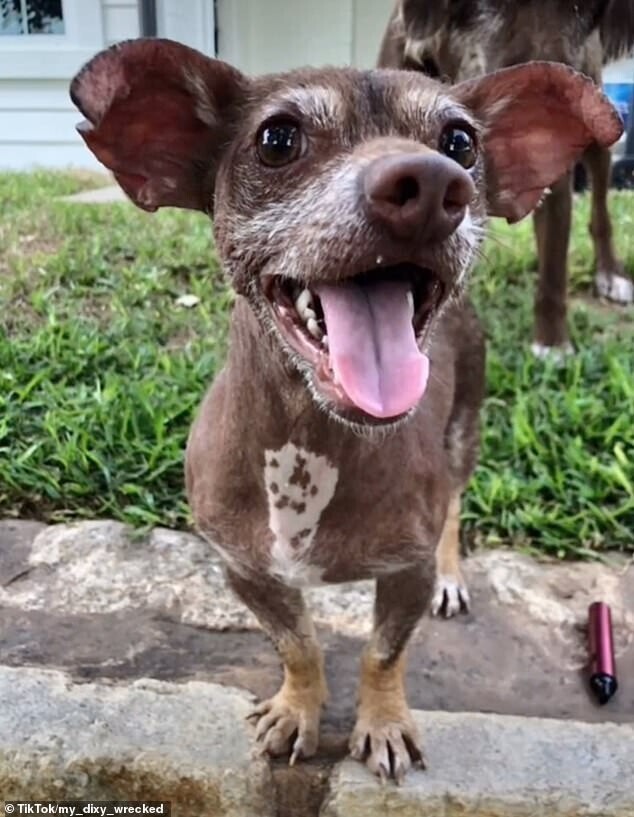 The dog not only began to recover, but also to acquire new fur. All thanks to the owner of Brailey, who took the suffering doggie to her. 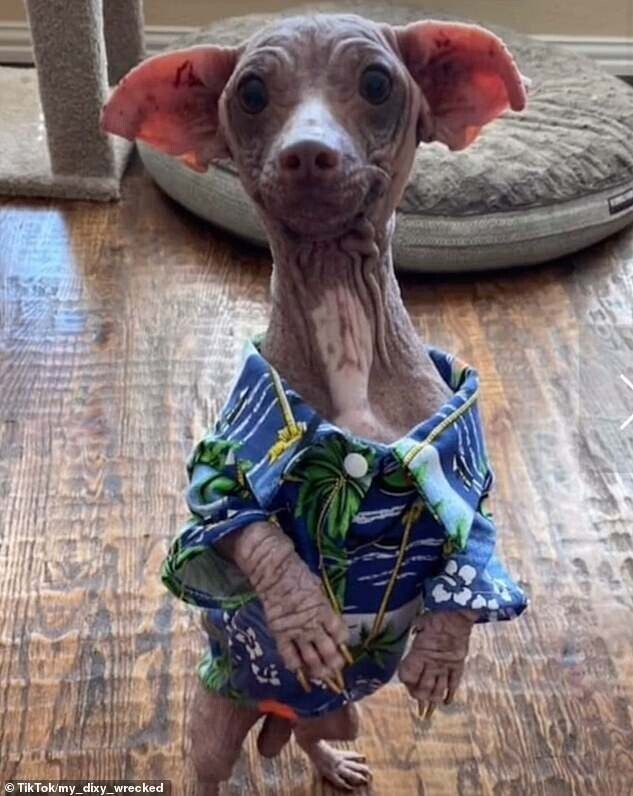 Just look at the transformation of the dog after six months! 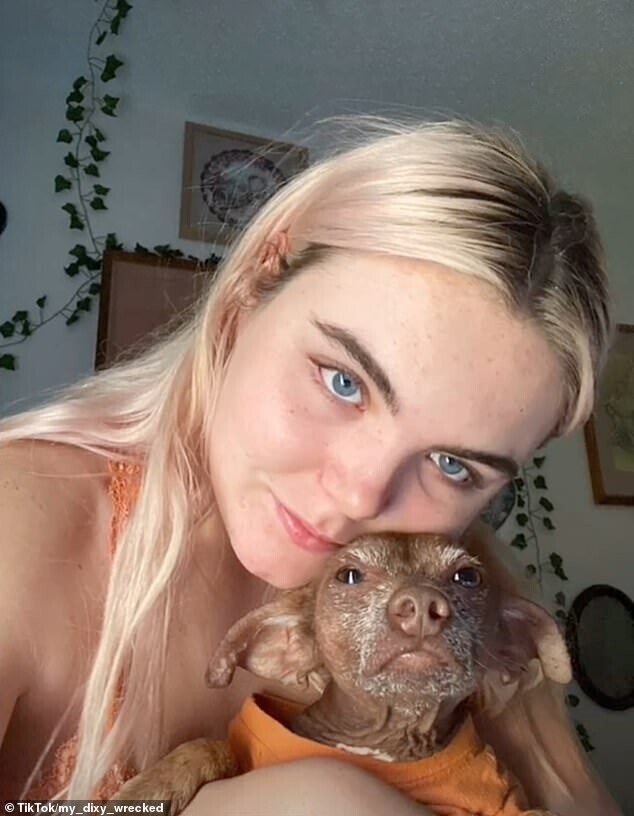 It has transformed from a neglected, sickly dog to a contented, ever-smiling dog.