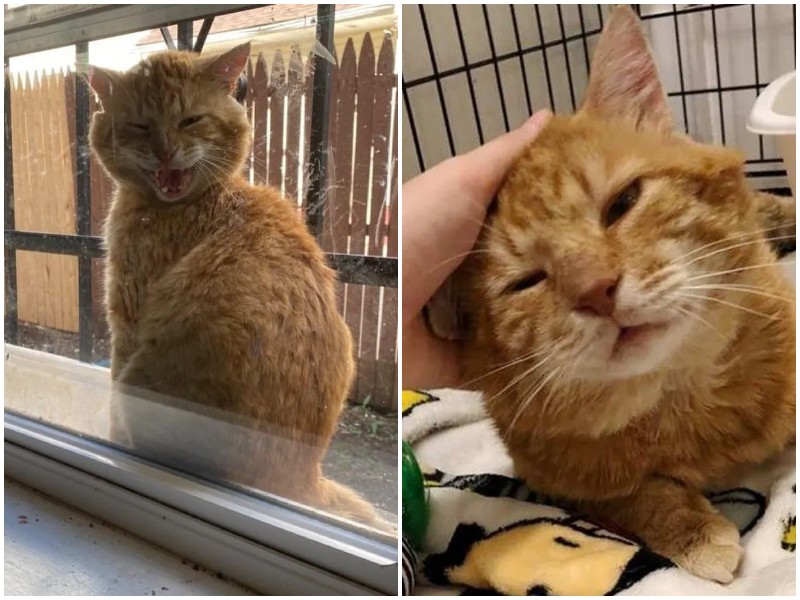 One family heard the old redhead meow outside their house. It was looking out the window with sad eyes, clearly trying to say something.

The old ginger cat came to the doorstep of a family in New York City one day, asking for food with pleading eyes. From that day on, the stray animal came more and more often, but one day it did not appear near the house as usual… 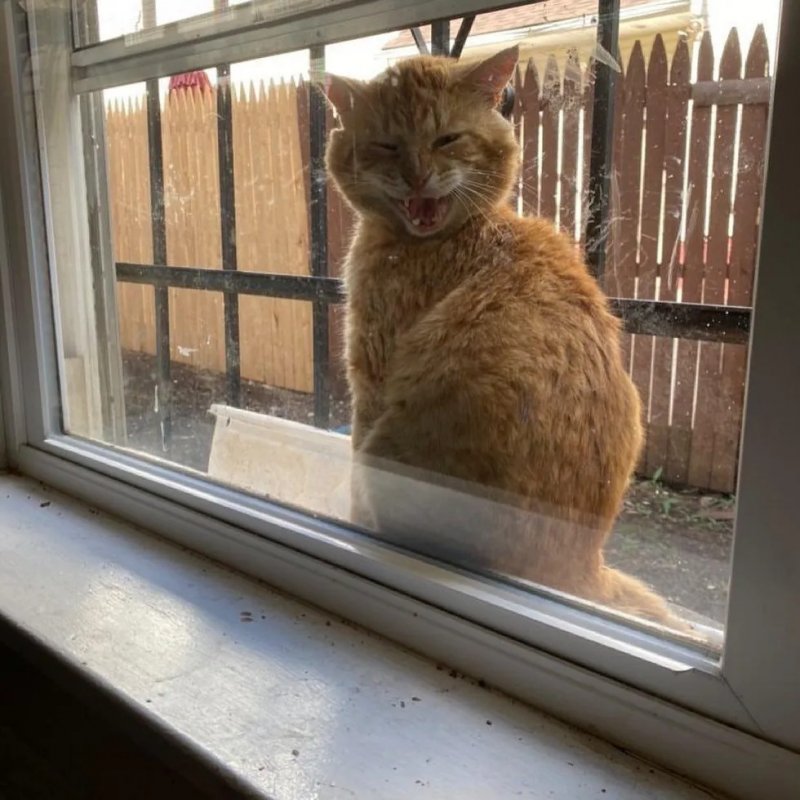 That day, the cat jumped right up to the window and looked sadly into the house. The cat also meowed loudly and pitifully, as if trying to say something. When the lady of the house approached it, she saw the wound behind its ear – it turned out that the cat was crying for help. 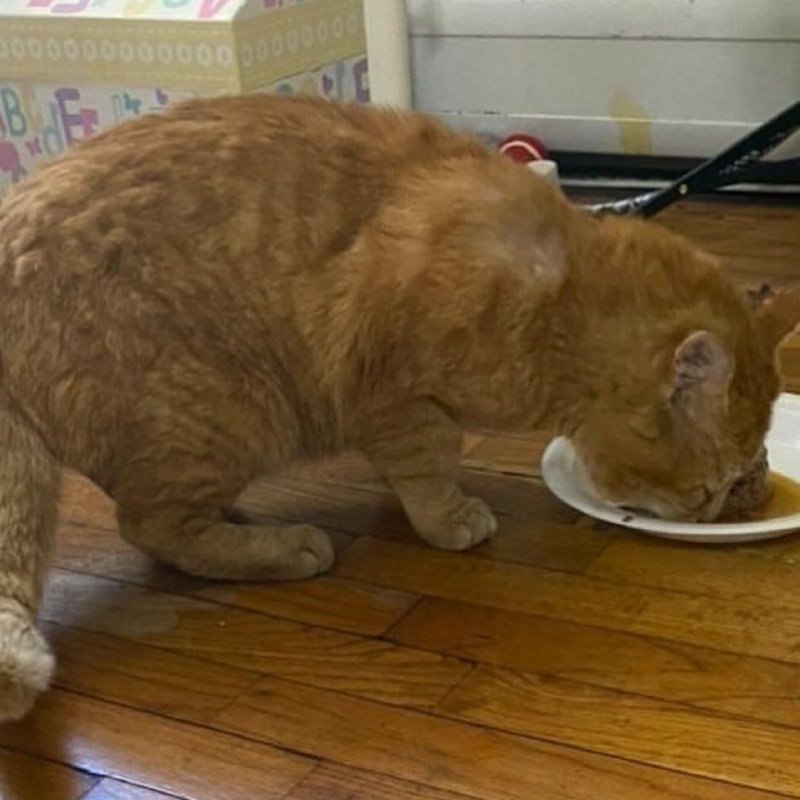 She immediately contacted Little Wanderers and they took the cat in. There it was given the name Carlton, and it was given the medical attention it needed and continued to recover. The cat had almost no teeth, but it stayed lively and active. 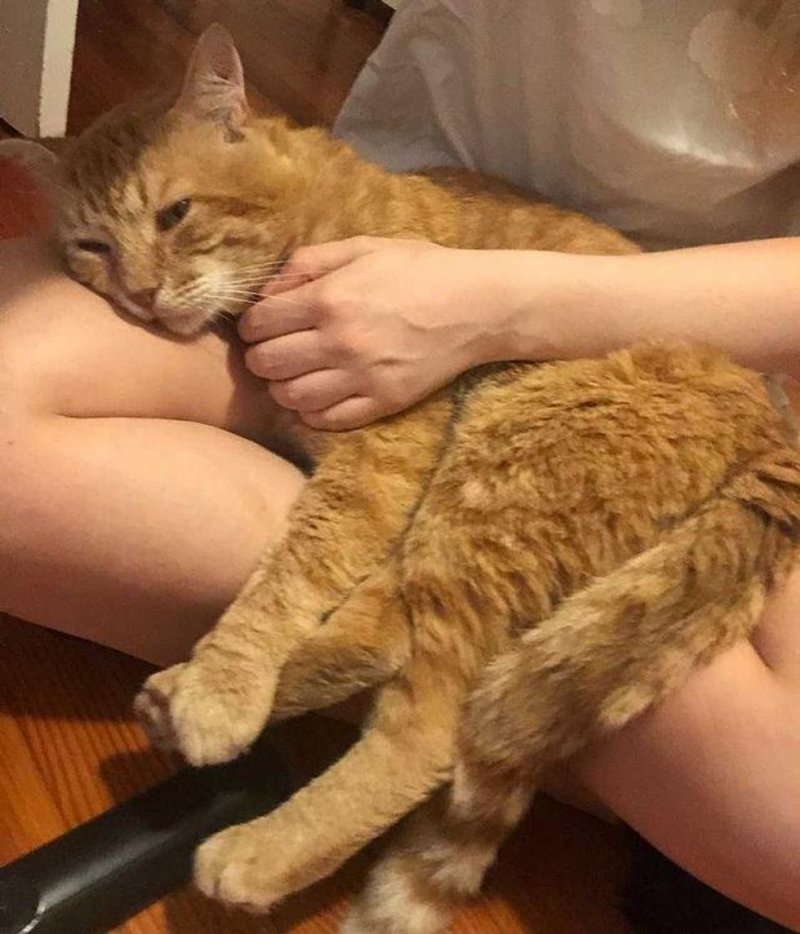 Despite its years on the streets, Carlton proved to be a kind and sweet companion. Later, a volunteer named Carrian took Carlton into her care. At first, Carlton was afraid of the new place, but it quickly got used to it, and after a couple of days it was asking for affection from its foster parents. 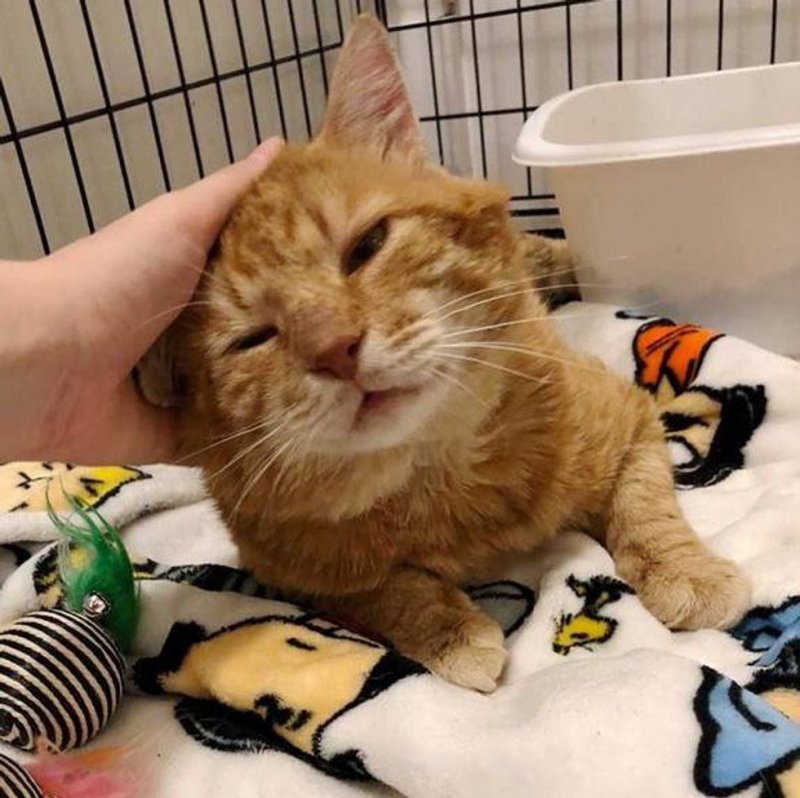 Carlton now runs after its guardian every day, begging for affection and purring in the arms of the household. Carlton is immensely grateful that it will never have to live on the streets again in its old age. 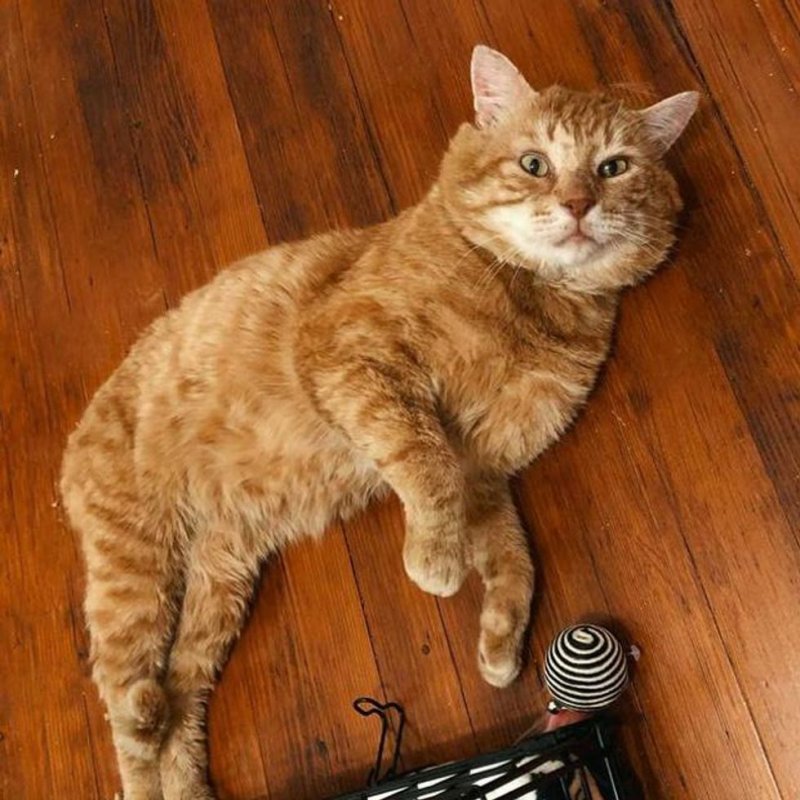 They are now looking for a permanent family for Carlton. Let’s wish this handsome little fellow the best owners who will love it with all their hearts! 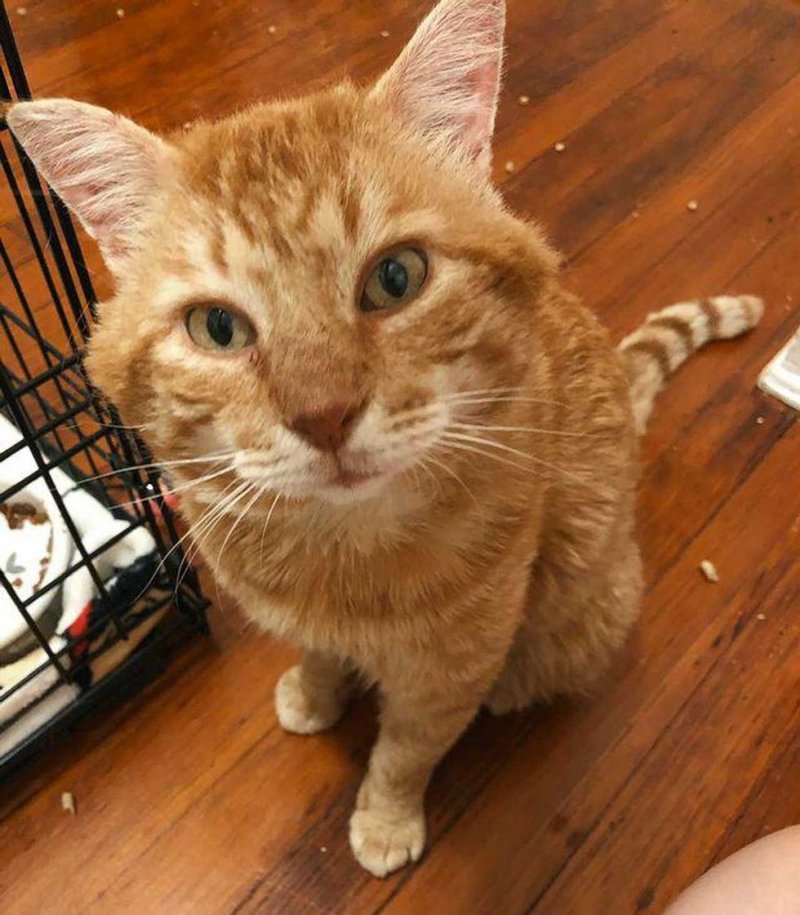