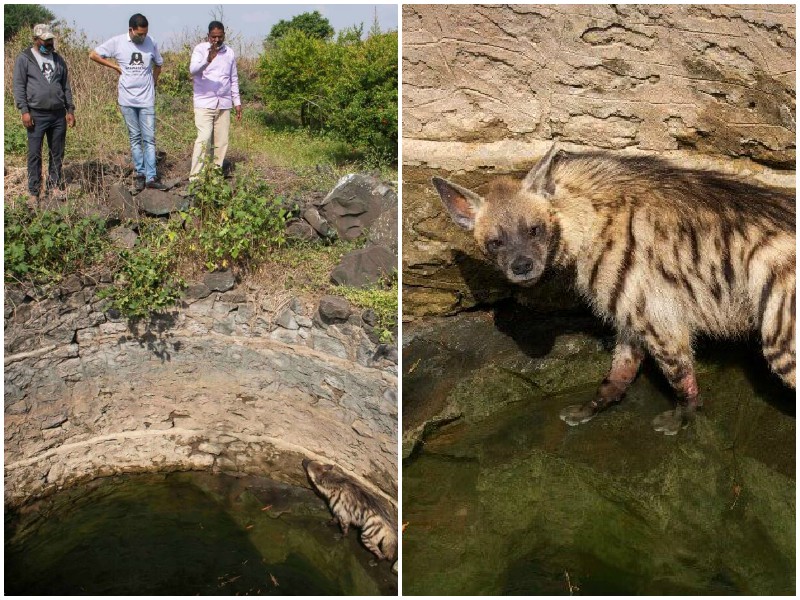 The villagers in India heard a loud, long howl coming from a 5-metre deep well nearby. As they approached, they noticed a hyena barely moving along the bottom…

In the Indian state of Maharashtra, a young hyena has fallen into an open village well. Locals spotted the animal when they heard a loud, long howl coming from the well, begging for help. 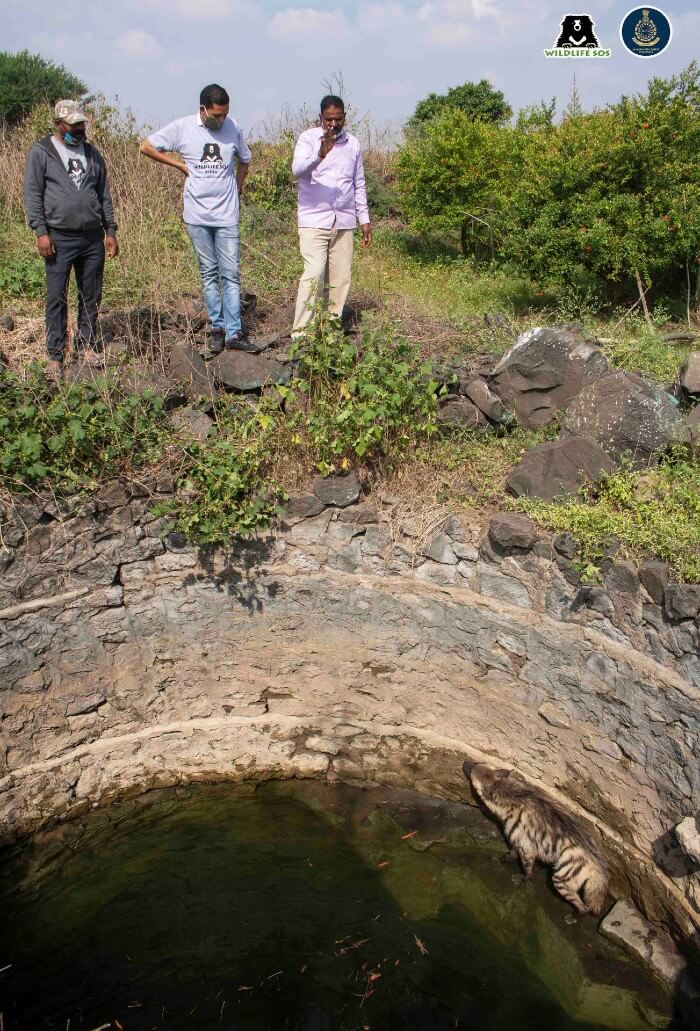 It was not known how long the hyena had been at the bottom of the well, but it was impossible to look at it without pity. The unfortunate animal dragged itself along the edge of the well, looking up hopefully. And it waited for help — people spotted it and immediately called Wildlife SOS. 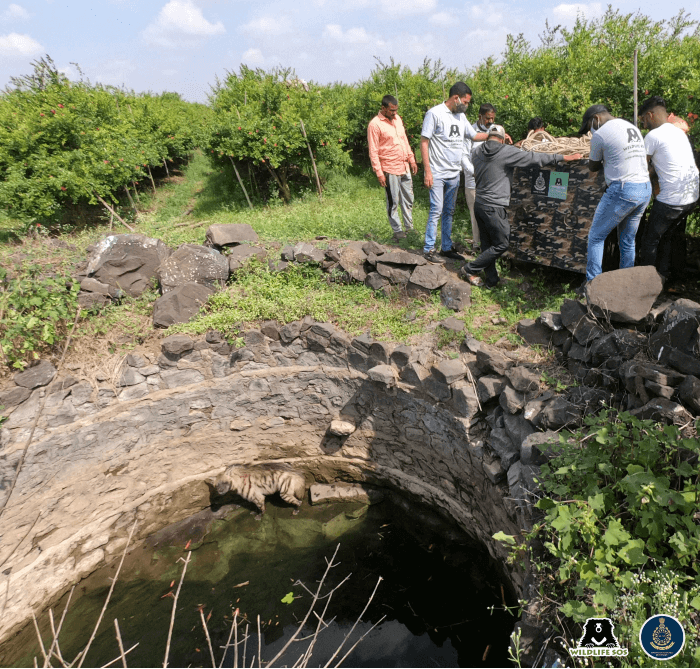 The rescue team lowered a cage to the bottom of the 5-metre well, into which they tried for a long time to lure the hyena. Finally, it entered the cage and was successfully lifted to the top. The vets examined the hyena on the scene. 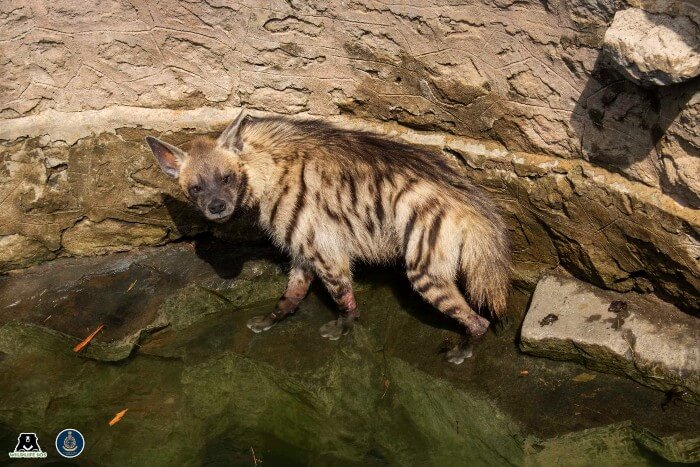 Fortunately, the hyena sustained only minor bruises, without sustaining any serious injuries from the fall. The hyena was kept at the rescue centre for a few hours, monitoring its condition, and then released back into the wild. 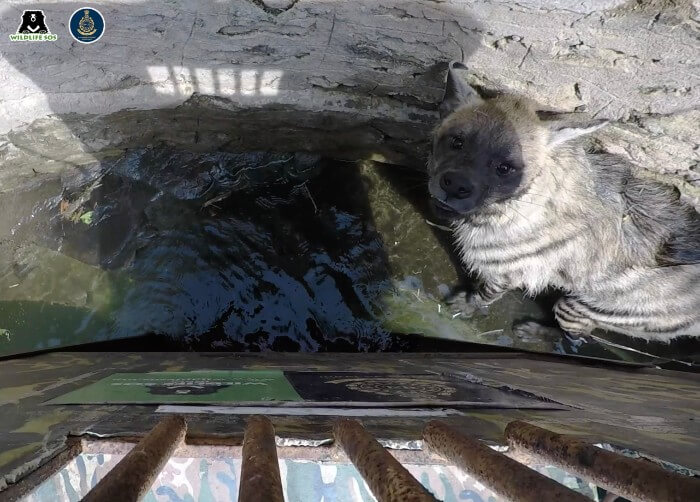 Hyenas have been a protected species since 1972 and their population is rapidly declining due to poaching and habitat destruction. Contrary to the negative portrayal, hyenas actually play a crucial role in the ecosystem as they feed on animal carcasses, eliminating the risk of spreading infectious diseases. 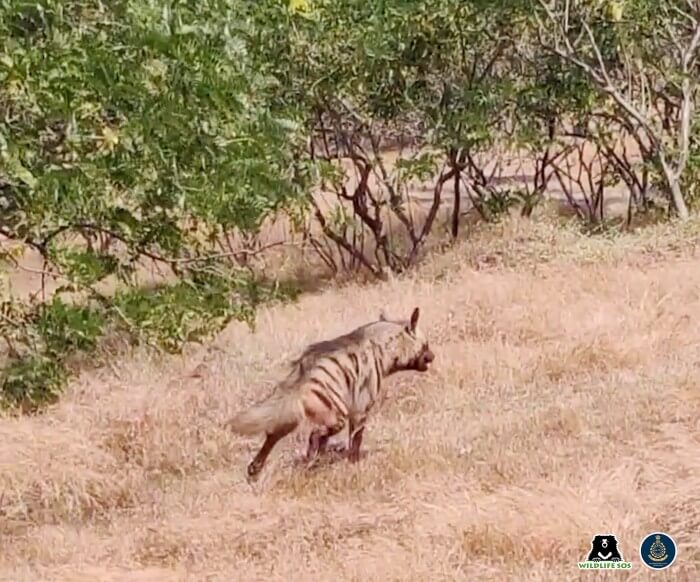 ANIMALS 0 25 views
All animals deserve love. Especially those who have been through a lot. The family

ANIMALS 0 24 views
Good deeds are to be had. Especially when they involve our little brothers, who

ANIMALS 0 58 views
Many people think pit bulls are made for fighting. They are inherently aggressive and

ANIMALS 0 54 views
For a long time, the staff of the Australian War Memorial in Canberra could

ANIMALS 0 32 views
A baby with paralysed hind legs was spotted in the street all alone. The