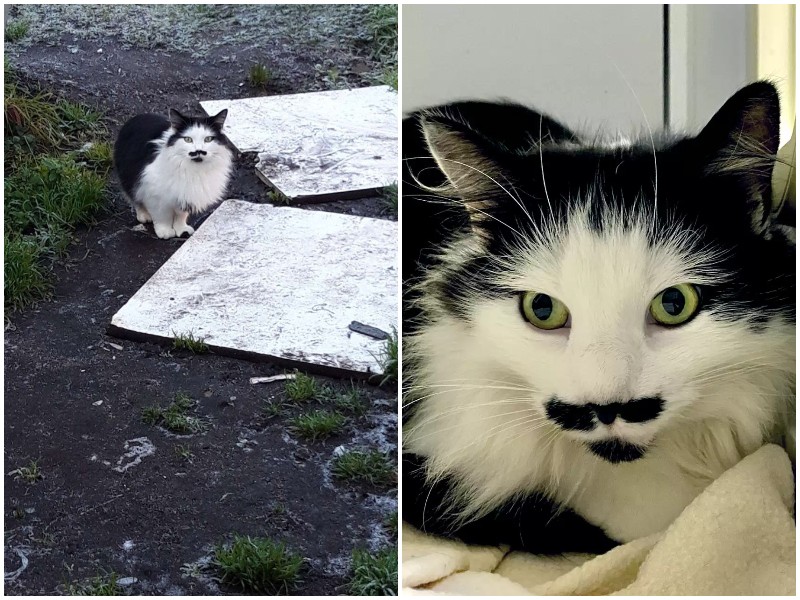 A family from the UK noticed this unusual kitty in their yard. It didn’t let anyone near it and was afraid of people, but the family decided to slowly gain its trust and help it.

One family from the UK saw this furry guest in their yard. They immediately noticed that the cat has a very unusual color – it seems that she has a black mustache against a background of white fur. The family began to feed the cat, and even gave her a nickname – Pavlova. 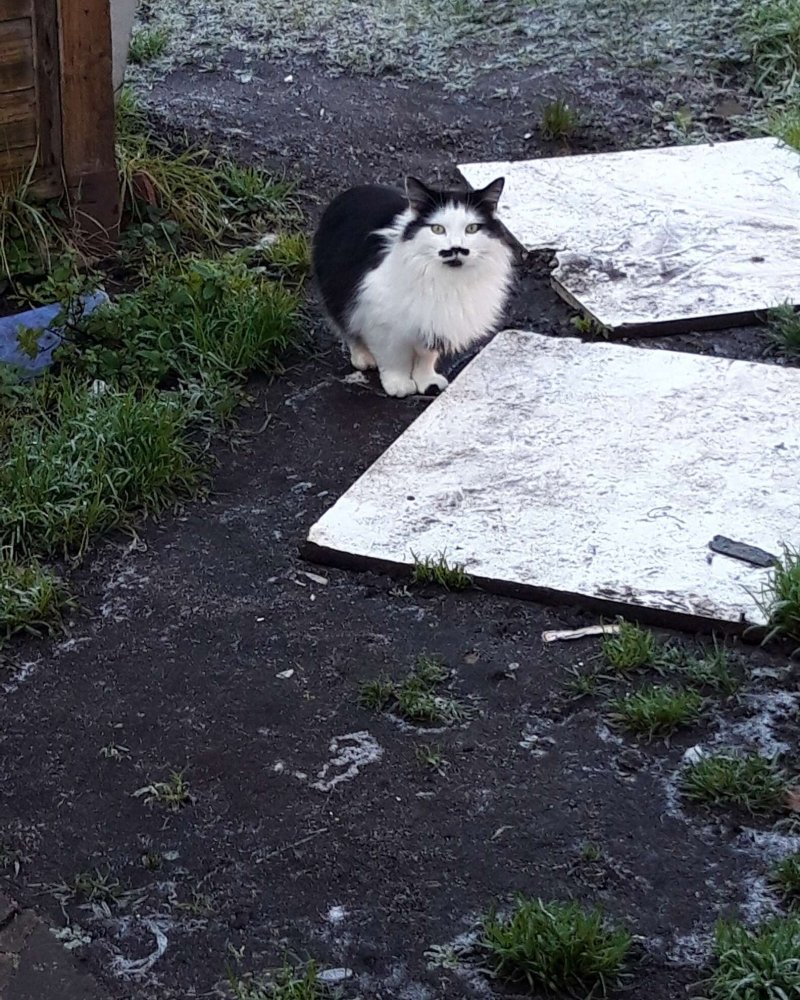 The cat was timid and wouldn’t let anyone near her, but the family took care of her anyway. Later, they reported the cat to the RSPCA rescue center – they determined that she was homeless. They also realized that the cat is old enough, and has lived on the street for a long time – but perhaps lived with people before. 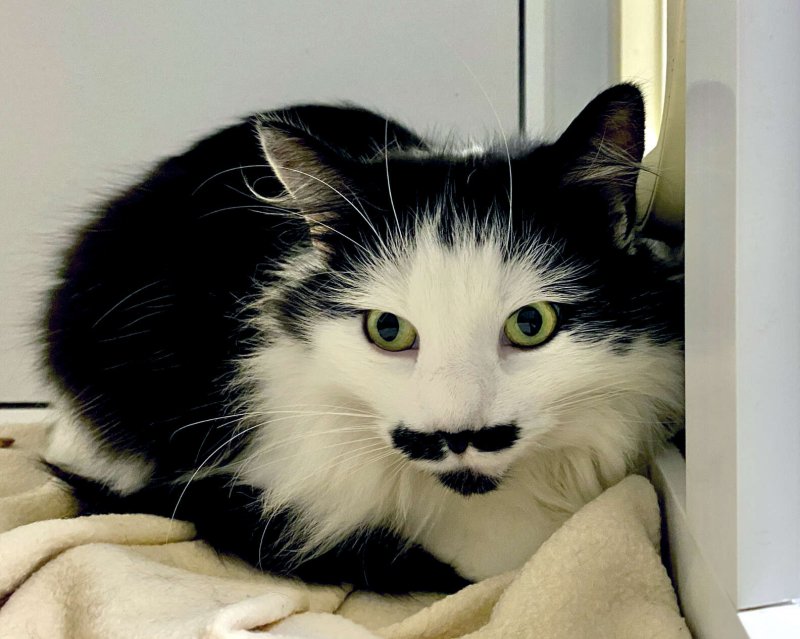 Pavlova was not found to have any health problems – she felt great, despite the fact that she was still afraid of everything new. Now they are looking for owners for the kitty, hoping to find a patient and loving family. Be happy, pretty girl! 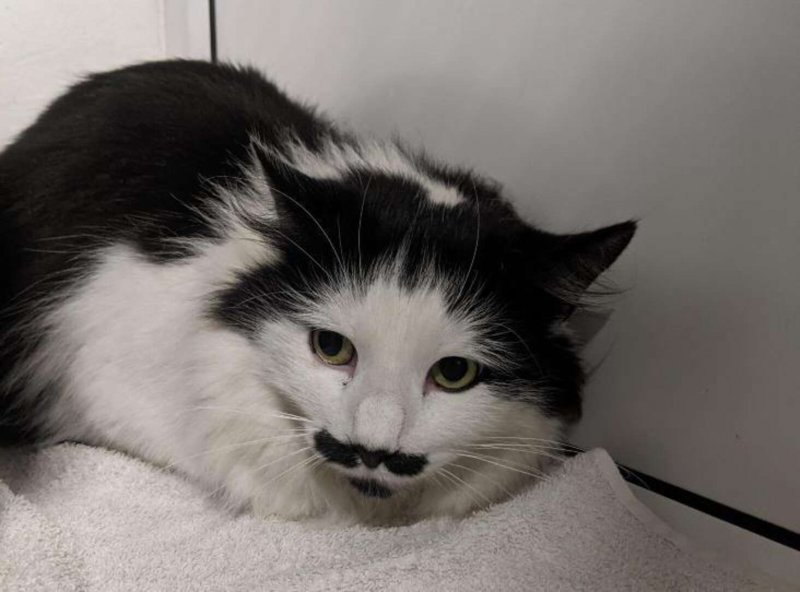