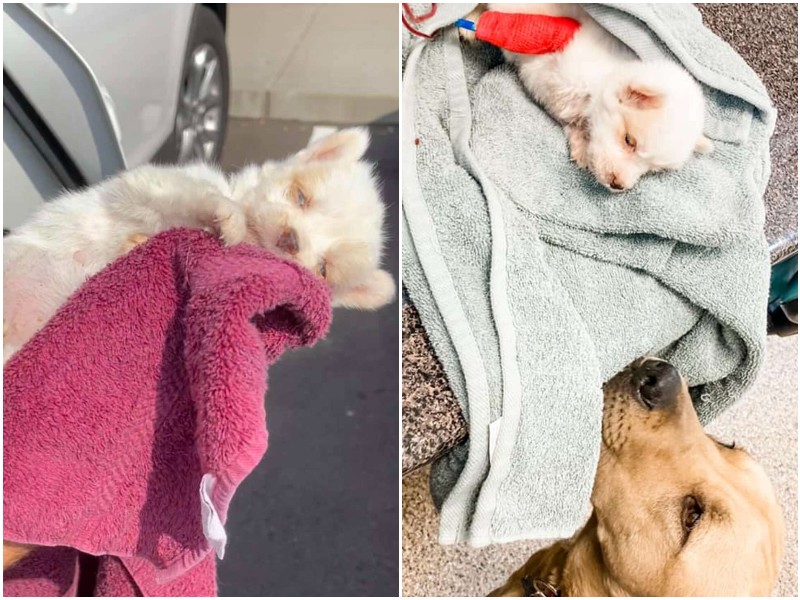 This tiny puppy was so weak that it could barely move. When a passerby saw the dog, her heart sank – she could not leave the animal to its fate.

One woman picked up a small weak puppy on the streets of Arizona, USA. Its mother was not around, but the baby was in a terrible condition and desperately needed help. The kind woman decided to help it, wrapped it in a towel, and took it to the nearest shelter – the Arizona Humane Society. 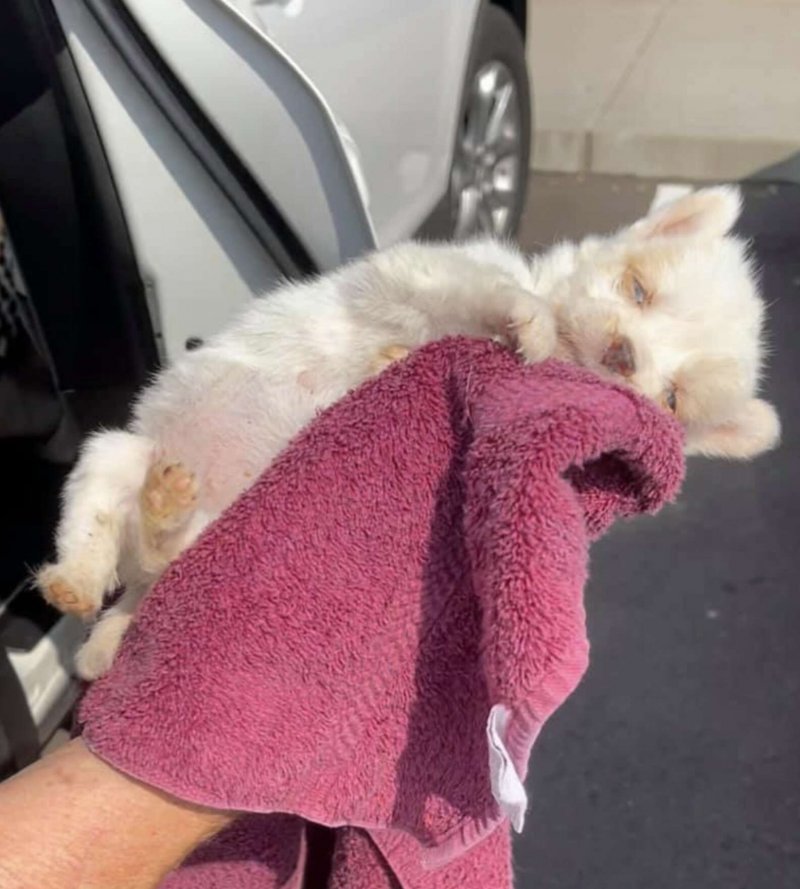 It turned out to be a three-week-old girl. Seeing her, the shelter staff’s heart sank – the flea-covered baby was so weak that she could barely move. At first, they thought it would be better to put her to sleep, but then they showed her to the doctors. 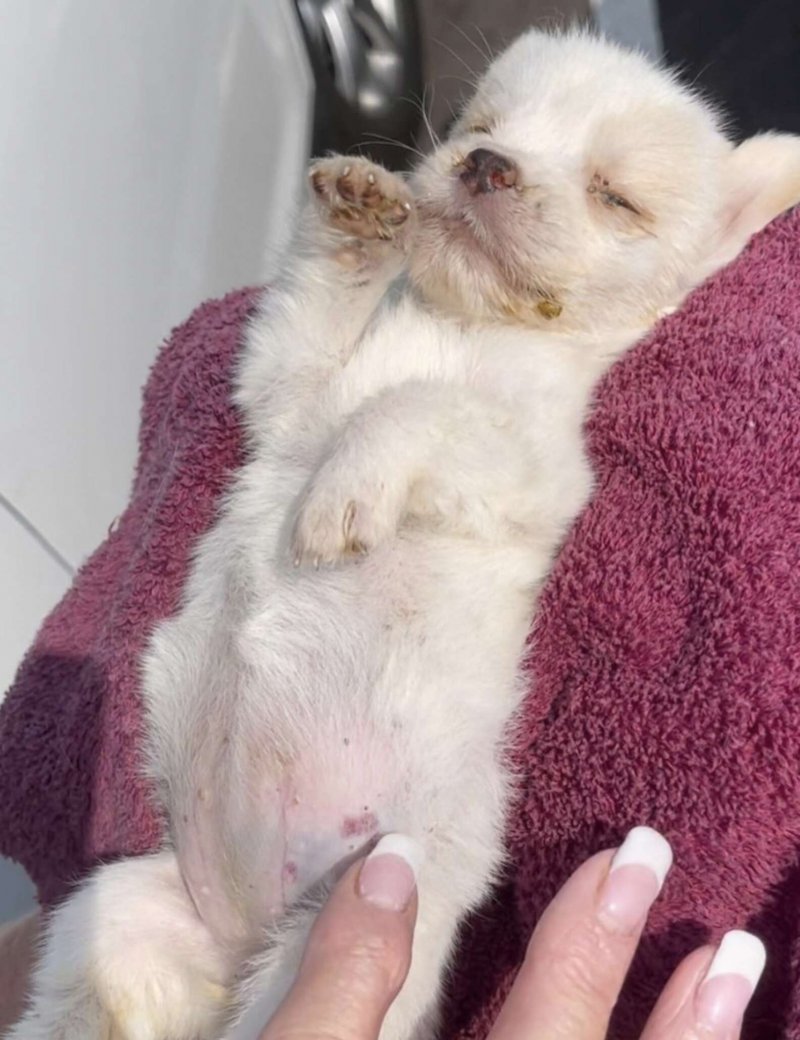 The baby received the nickname Penelope, and the staff decided to try to save her life by all means. They gave her a blood transfusion, gave her medications – and she miraculously got a little better. In addition, another rescued dog who lived in the shelter, Murphy, became interested in the baby. 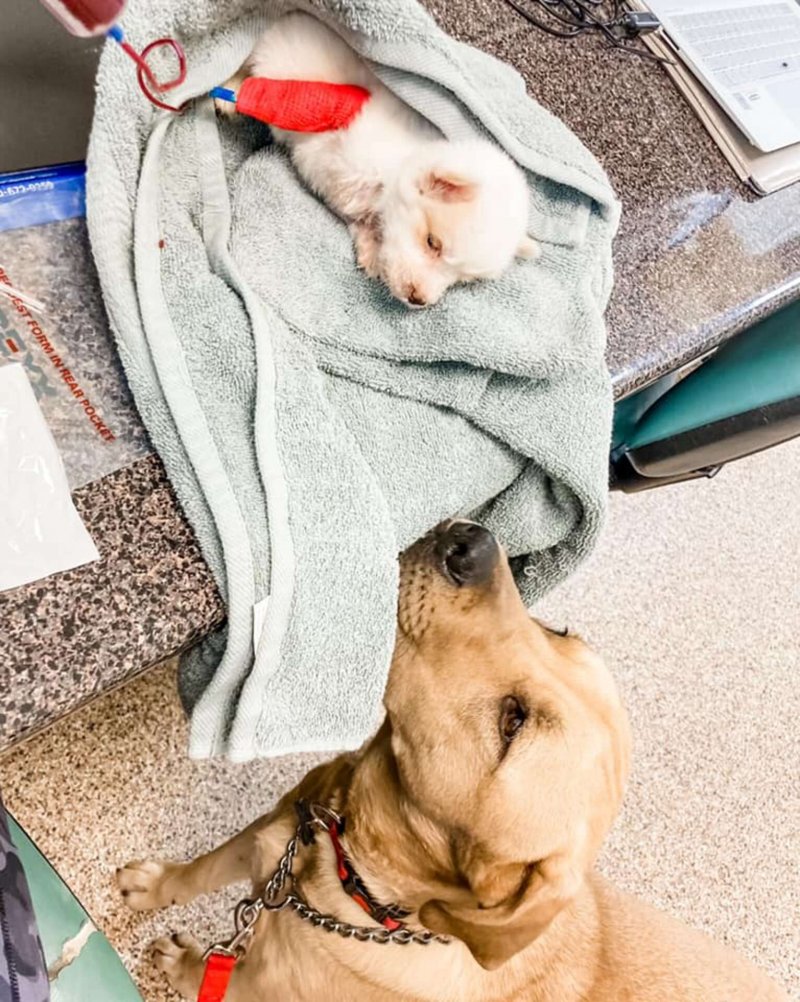 The dog immediately began to take care of Penelope – he constantly approached her, sniffed, licked, and checked how she was feeling. Next to him, the baby began to gradually recover and blossom, which the employees were very happy about. Meanwhile, she continued to be fed by the hour and given medication. 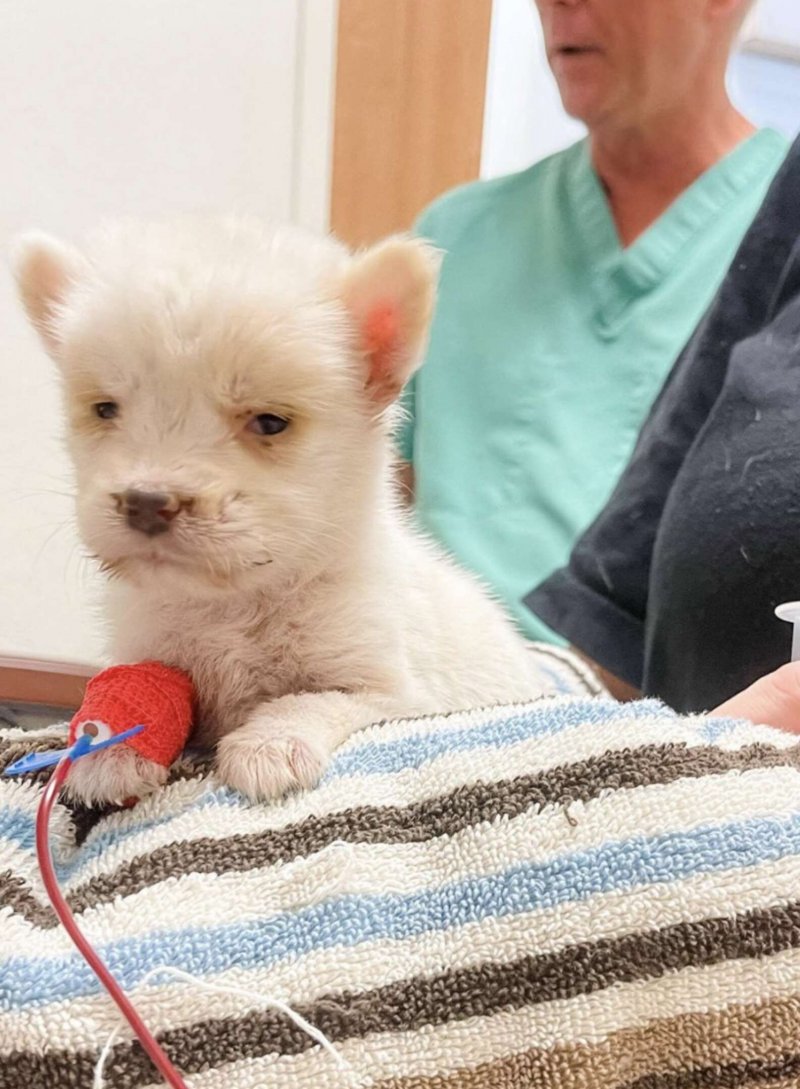 All this time, the employees were looking for a mother dog in the area where they found the puppy – and after several days of searching, they managed to find her. The mother dog was also in a terrible state, but when she was reunited with Penelope, it was clear that they were definitely mother and daughter. They were immensely happy to see each other. Mom immediately took the baby under her care and began to feed her. 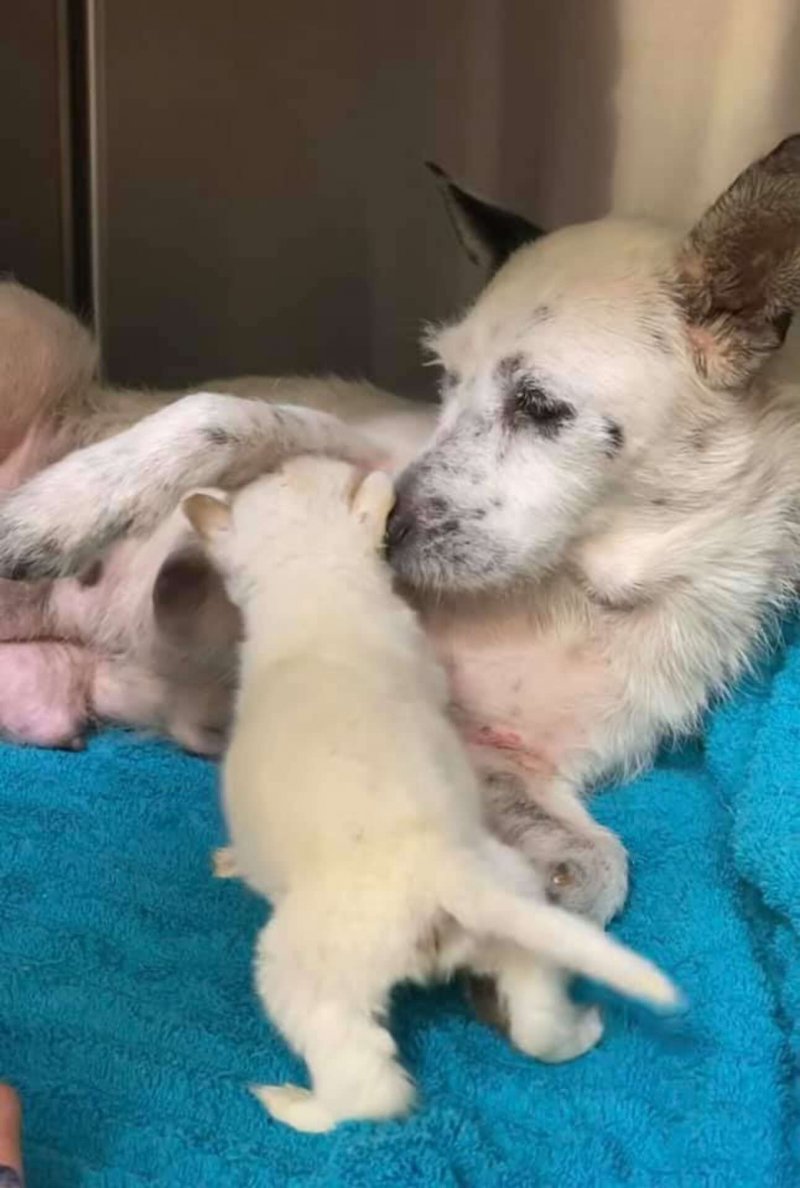 Now Penelope and her mother are at a place of temporary care. When they recover and Penelope grows up, they will find permanent owners for them. Thanks to the kind people who saved them from the street!