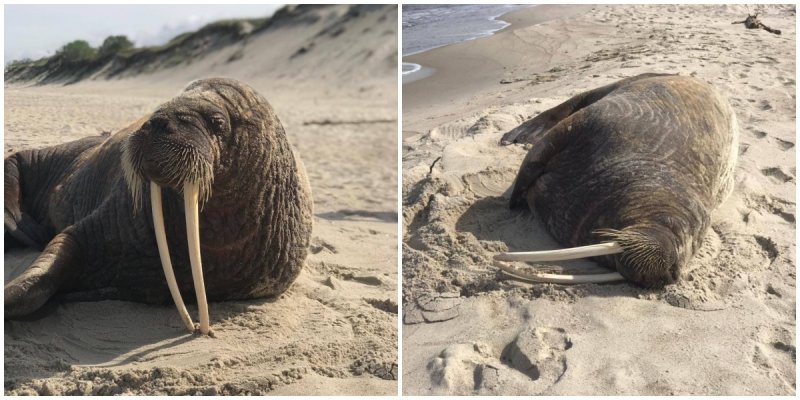 Instead of seashells and gulls, a walrus was suddenly seen on the Curonian Spit in Kaliningrad oblast. The northern visitor is resting on the shore, and scientists are puzzled as to how it could have got there. 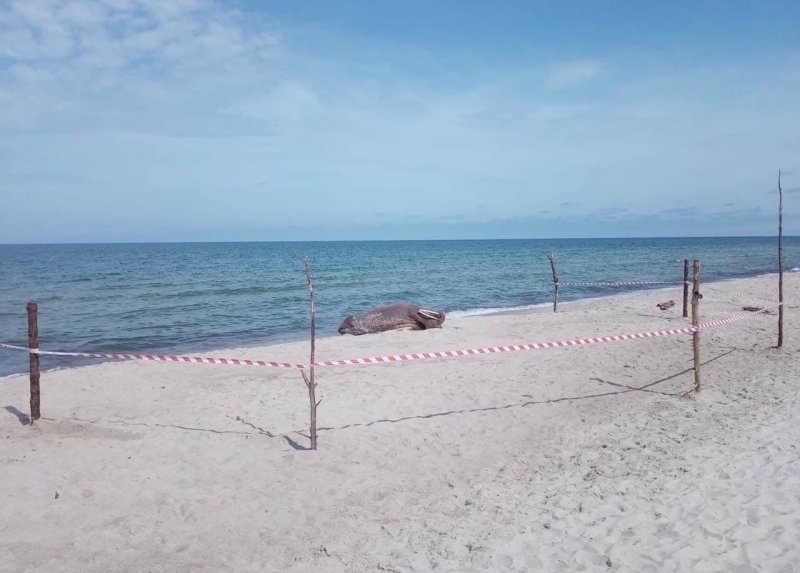 The walrus is doing well ashore. Specialists have set up a fence for the mammal to prevent accidental passers-by from harming it. 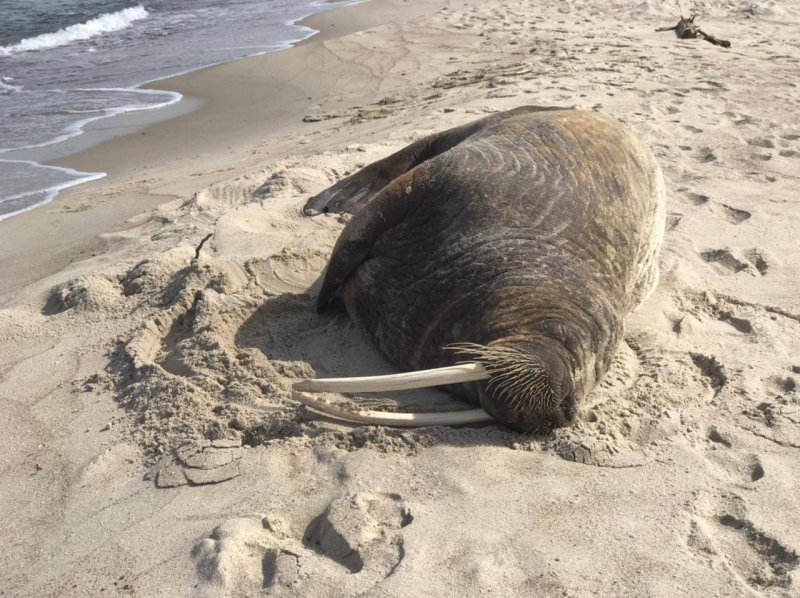 According to park staff, the presence of a walrus on the beaches is an unusual occurrence. Walruses live much further north and this is almost an isolated incident. 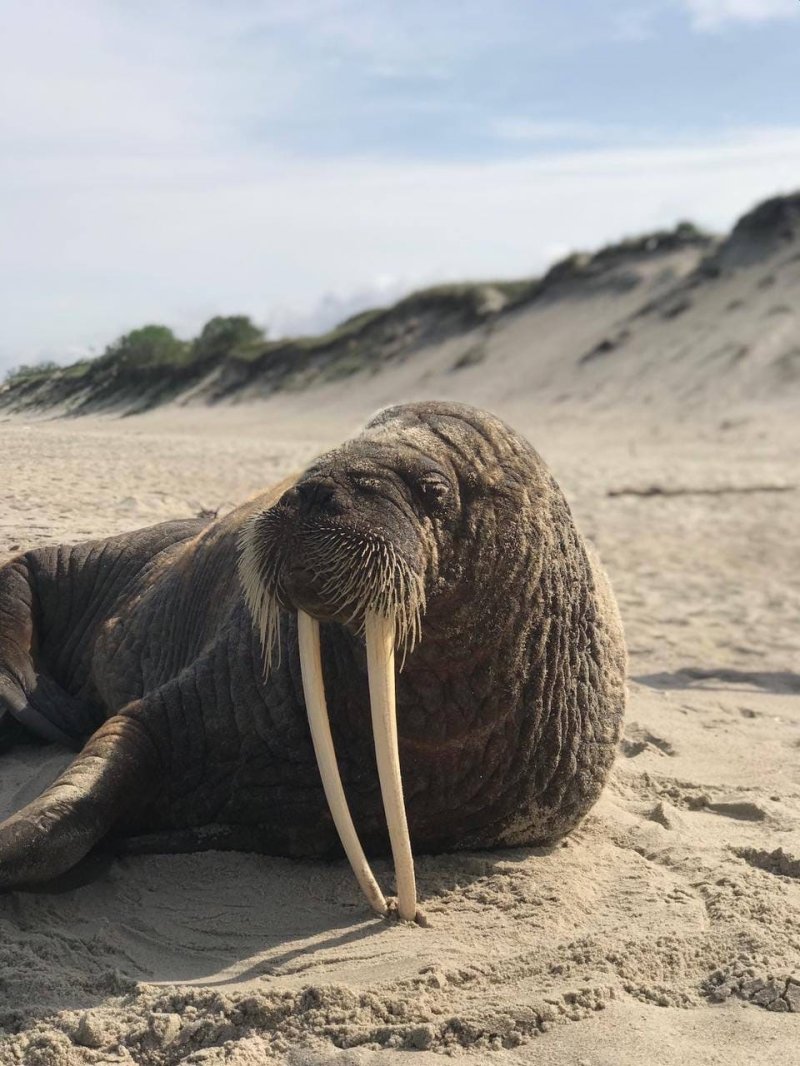 “How this animal got to us is difficult to answer. Perhaps the walrus sailed with a passing current from Poland. Moreover, according to the Polish media, a similar individual (possibly the same one) was spotted on June 23, 2022 near the popular Melno beach, not far from Szczecin,” the park’s website reports.

It turned out to be an elderly female. It looks tired and exhausted. There is an assumption that it was washed up by a passing current from Poland. Now experts are deciding what to do with it.