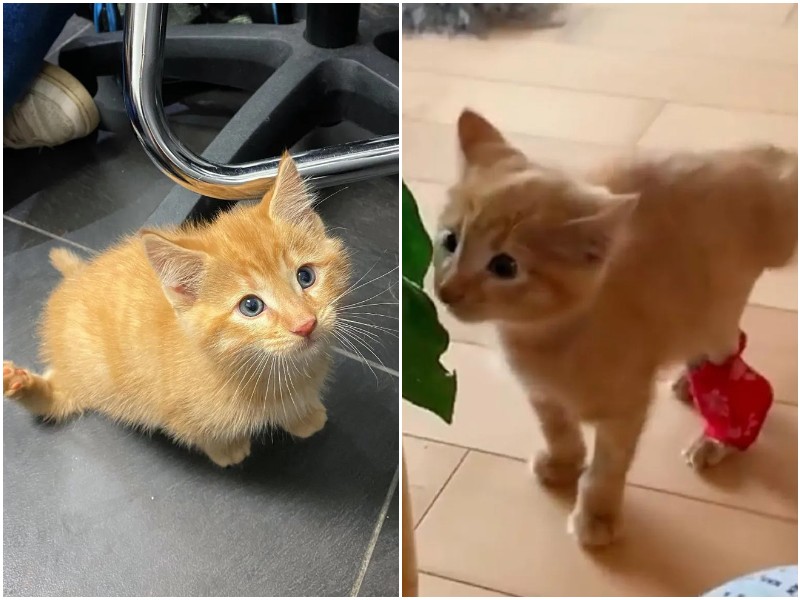 People noticed two kittens in the street and immediately realized that one of them was special. It was dragging its hind legs, which had been damaged since birth. Despite its peculiarity, the kitten was strong in spirit.

Residents of the Canadian city of Montreal spotted two small kittens, a brother, and a sister, in the street. The frightened little ones were wandering around on their own, looking for food. The kitten’s back legs were deformed and its front legs were used to move around on. 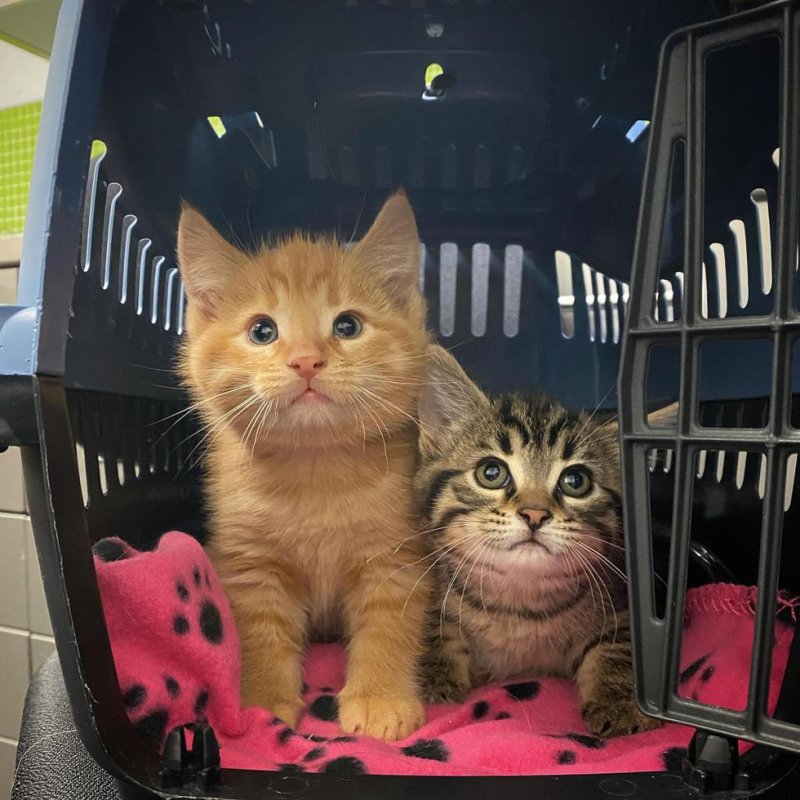 The kittens were taken to the local Chatons Orphelins shelter. The staff took care of the babies and determined that the red kitten had a congenital deformity of the paws. But despite this, he behaved like a very ordinary cat – boldly moved, played, and fooled around with his sister. 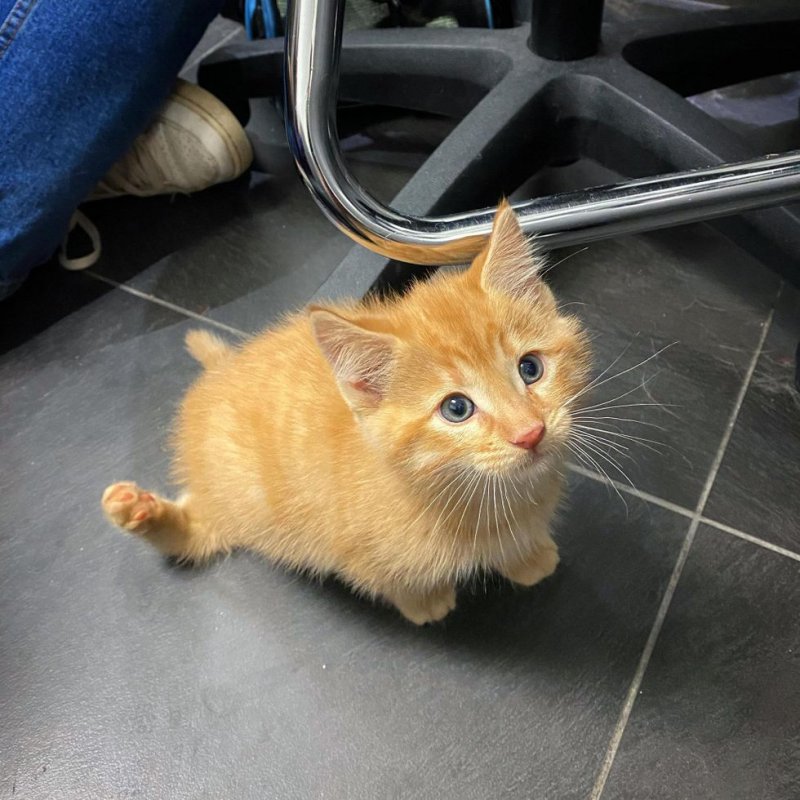 Ginger was named Rubbix, and his sister was named Boo. The babies spent a lot of time together, exploring, playing, and thanking their guardians. Soon there was a question about the fate of the redhead, and the vets decided that the best solution was a special operation that would put him back on his feet. 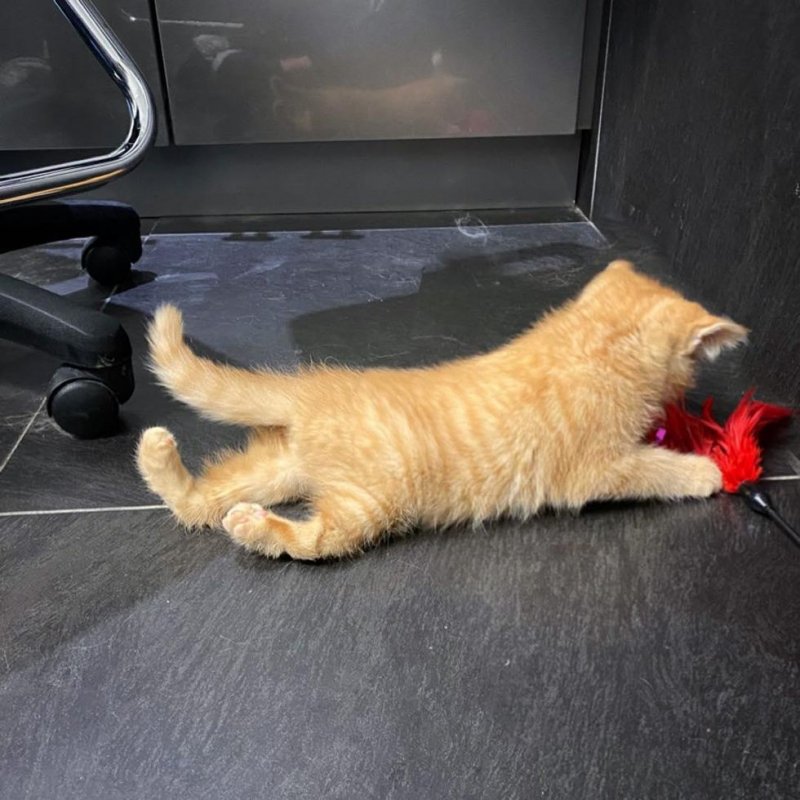 The doctors were sure that the sooner his paws were corrected, the easier it would be for him to recover and start walking. The baby underwent surgery, and he recovered completely pretty quickly. A day later, he walked on four legs for the first time – although in casts, but he was immensely happy about it! 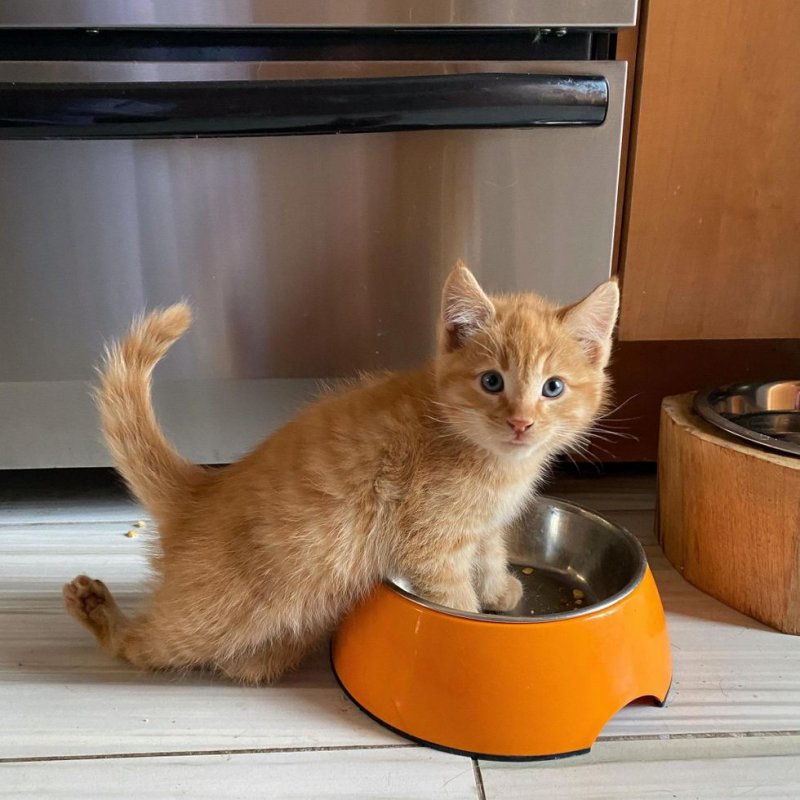 Every day the mobility of the paws improved, and Rabbix explored the house more and more. A few weeks later, his casts were removed, and now he is learning to walk fully. This kitten is a real fighter! 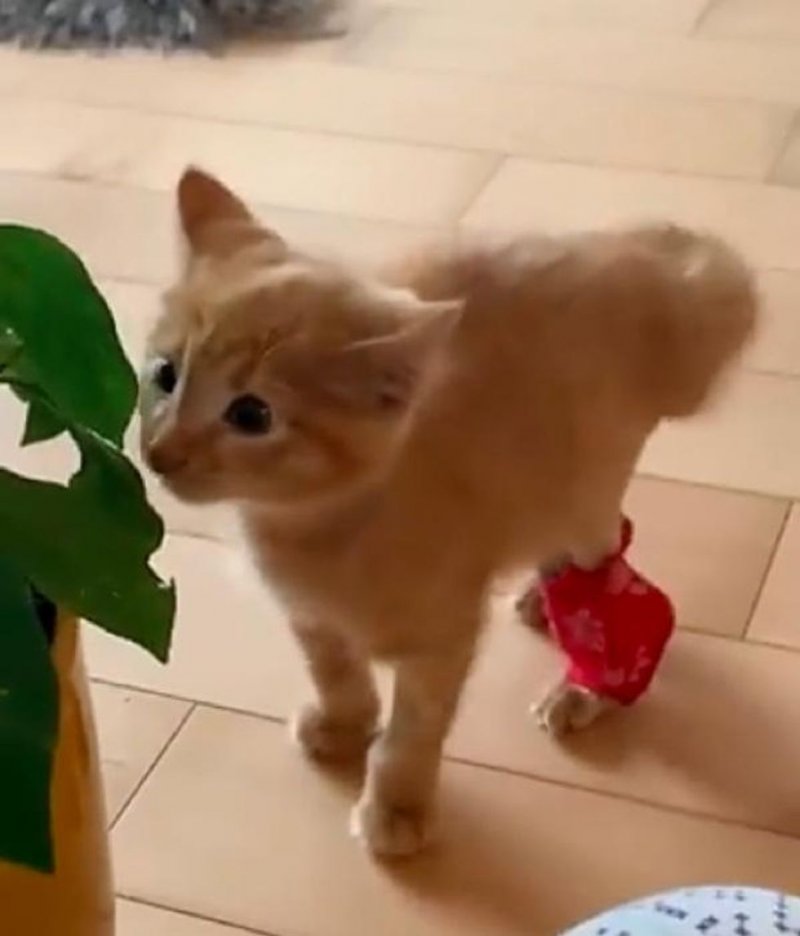 Now Rabbix and his sister are 14 weeks old, and when they grow up a little more, they will find permanent owners for them. Thanks to the kind people who saved them! 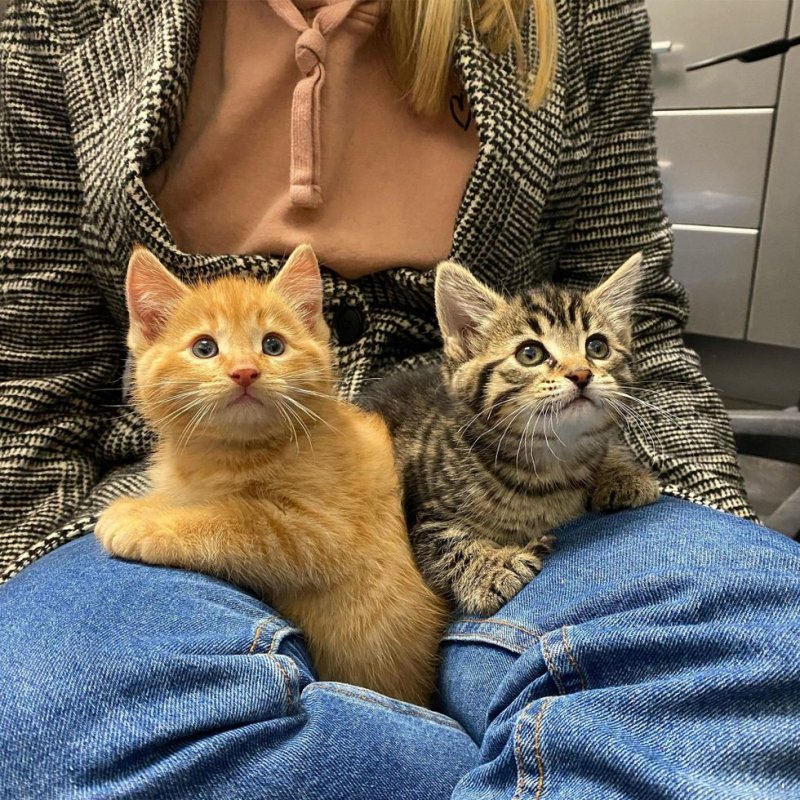