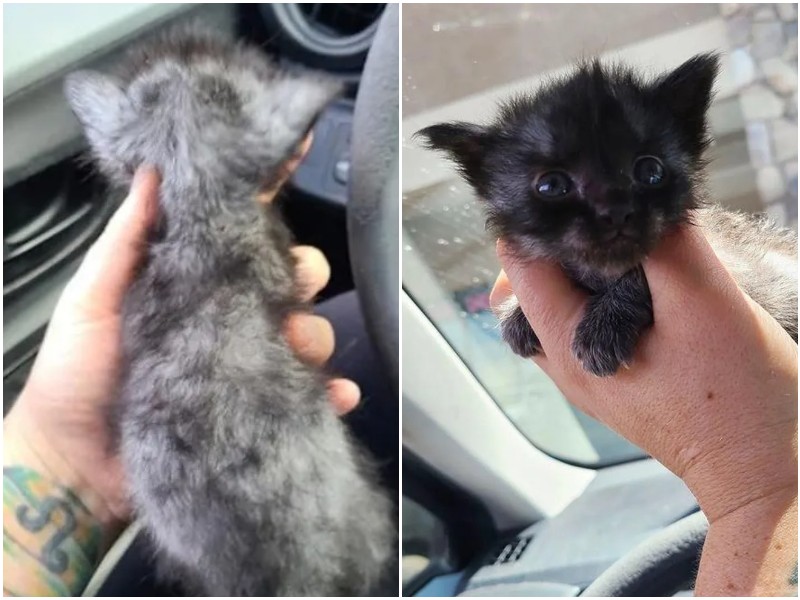 People found five stray kittens in the bushes, and their mother cat was not nearby. One of the kittens was clearly different from the others – the baby did not have one paw, it was weak and fragile. 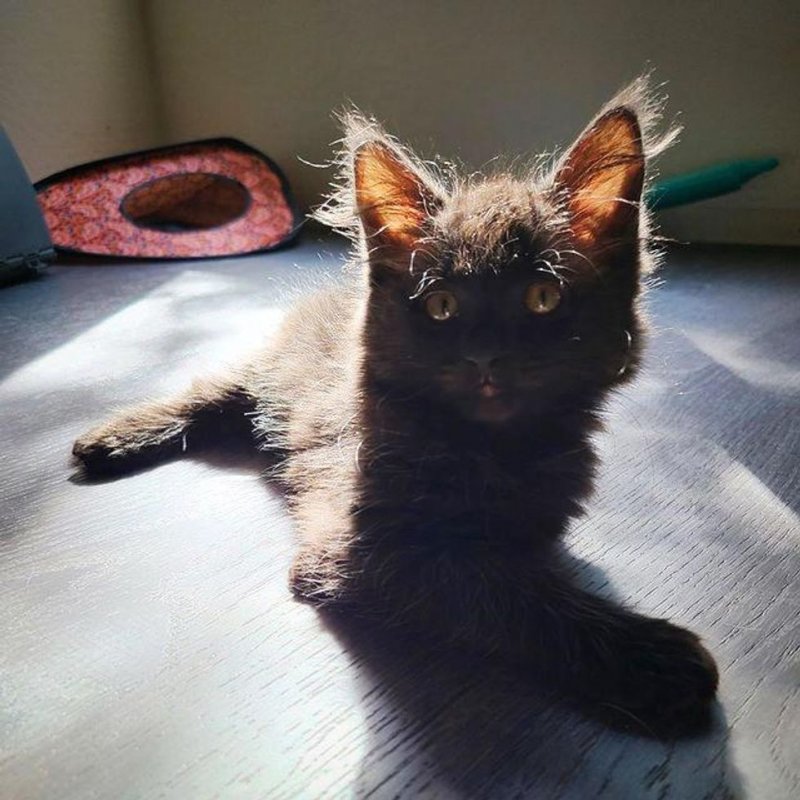 A passerby in Phoenix, USA, found five small kittens in the bushes, who really needed care. They were all snuggled up to each other, and one kitten was clearly different from them. The tiny kitty was much smaller and weaker than the others, the animal did not have one paw, and also – it had an unusual color.. 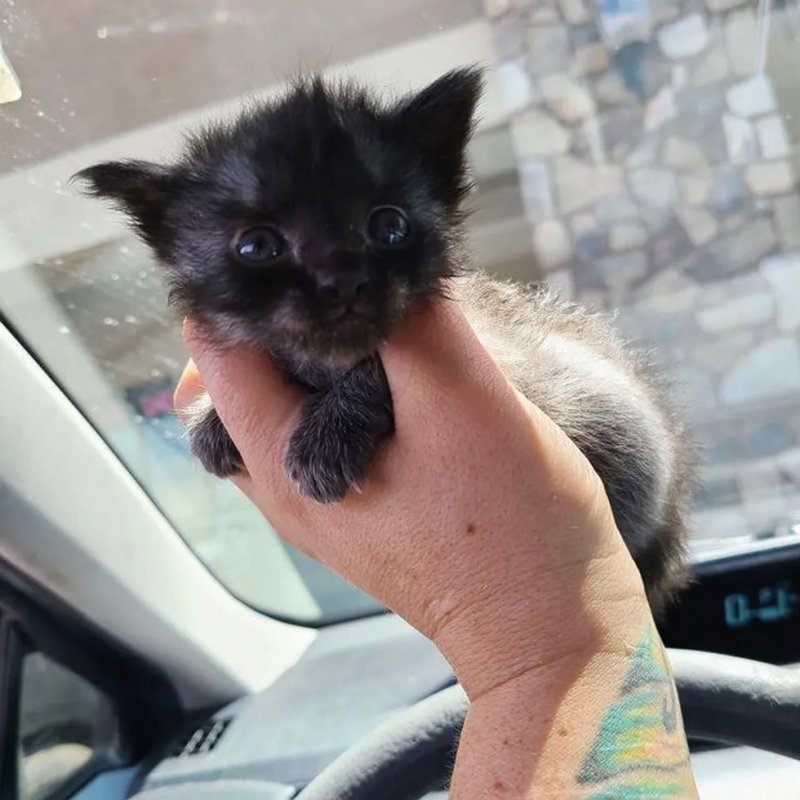 Passers-by took the kittens to a local shelter – Jin’s Bottle Babies. They were immediately given temporary care, and began to take care of them. A weak baby named Peggy began to be actively restored. 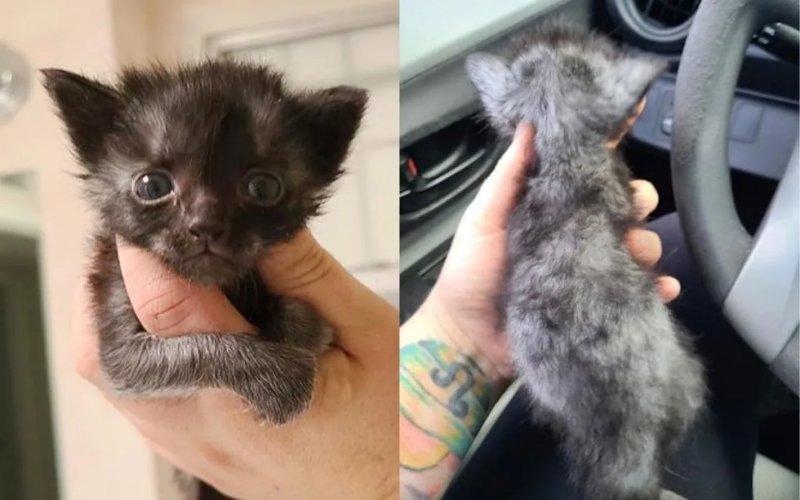 Fortunately, Peggy’s health was improved – after a few days she visibly cheered up. However, her color became more and more unusual – white markings appeared on the black fur. It turned out that this condition is called “fever color”, and appears if the mother cat was sick during pregnancy. 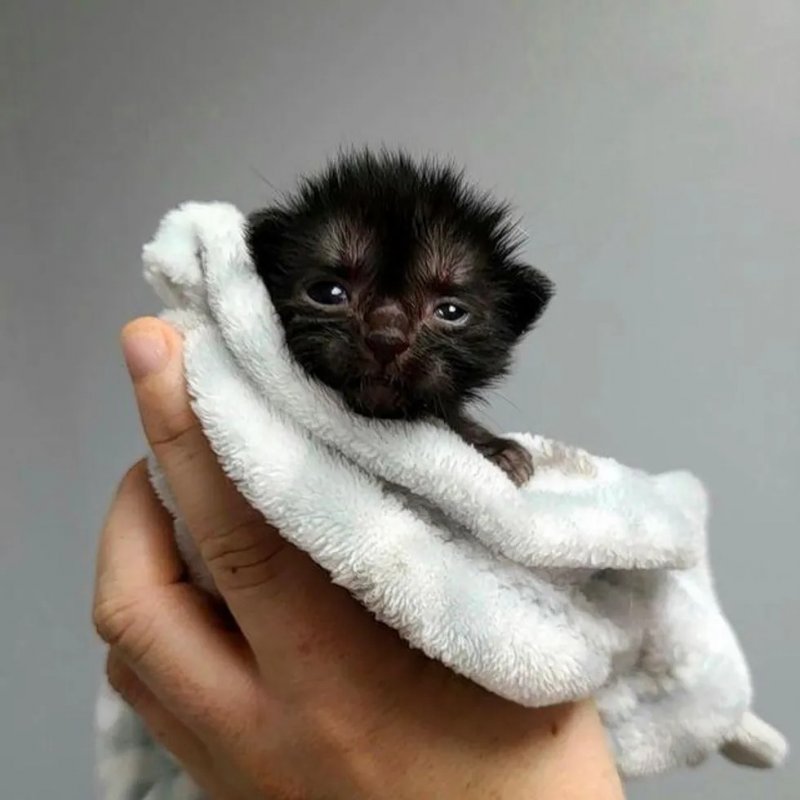 The guardian found traces of this phenomenon in all the kittens, but it affected Peggy the most. However, the kitty continued to enjoy life, despite the illness and the absence of one paw. She played with her relatives and became more and more active and stronger. 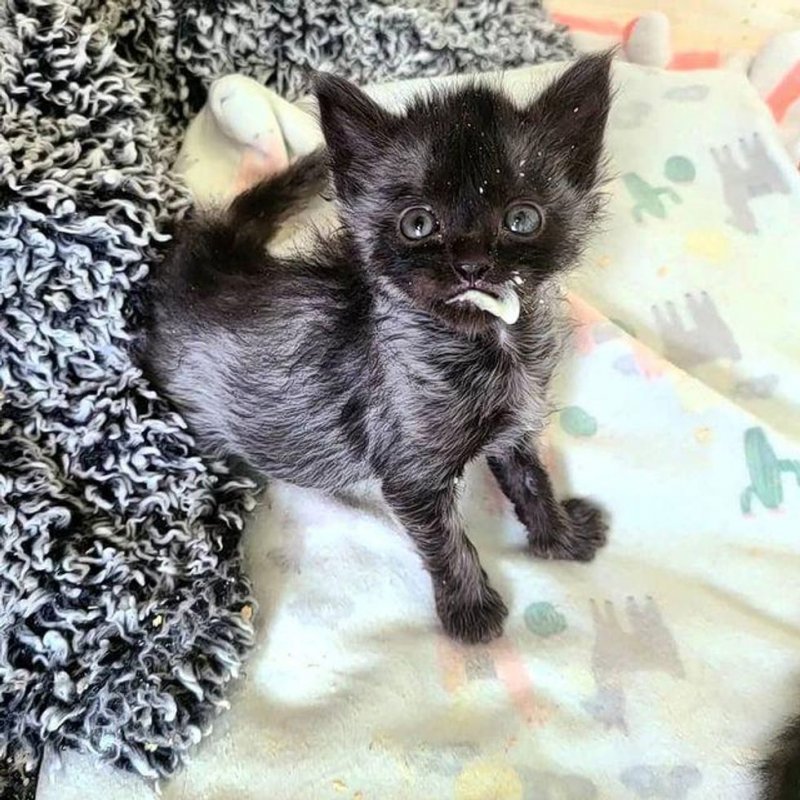 When the kittens grew up and recovered, they began to look for houses for them. Soon all the kittens were distributed to loving families, including Peggy. Now she lives happily with her owners, two dogs and three cats, with whom she gets along well! 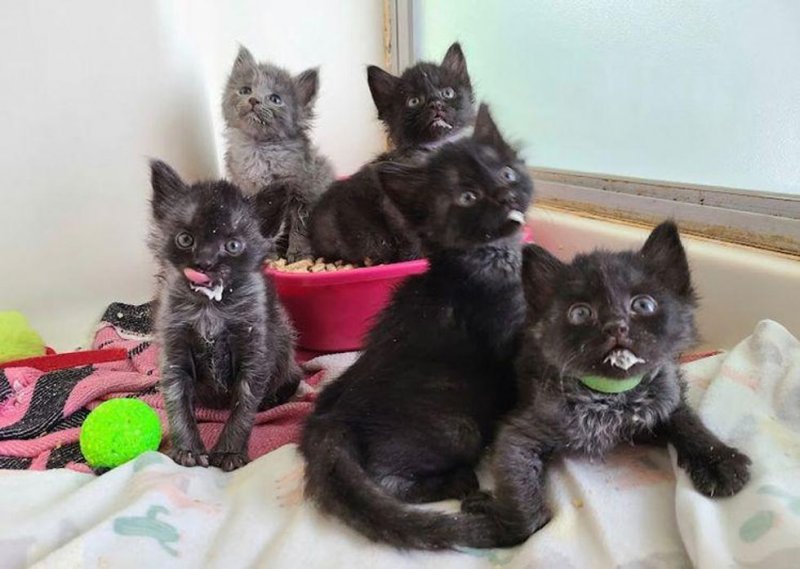