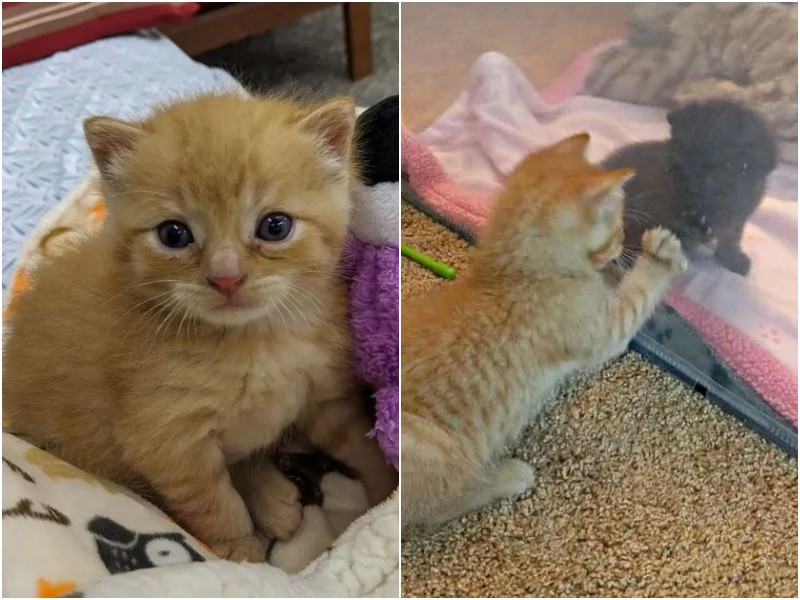 This little one was found on the side of the road in the rain. Kind people stopped by it, and when they saw its sad eyes, they decided to help.

A little redhead was spotted on the side of the road in the rain in Indianapolis, USA. A woman was driving her car when she saw it, and she immediately stopped to help the baby. There were no other kittens or its mother nearby – and the kitten was all wet and looking at the woman with sad eyes. She couldn’t help herself, so she took it with her. 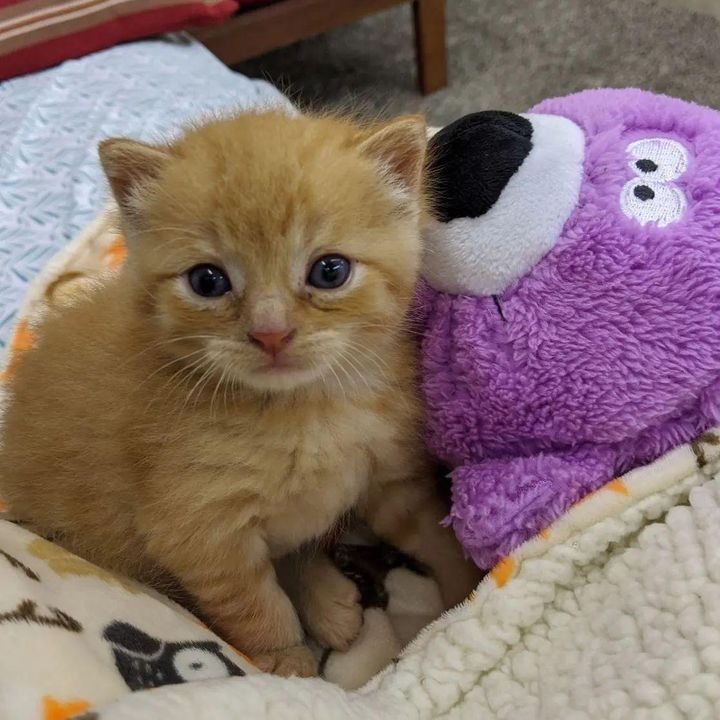 She later contacted the local shelter, IndyHumane, where they were happy to take the kitten. The kitten was named Jasper and began to be cared for. In spite of being out in the rain for hours, the little one felt fine and was in good health. 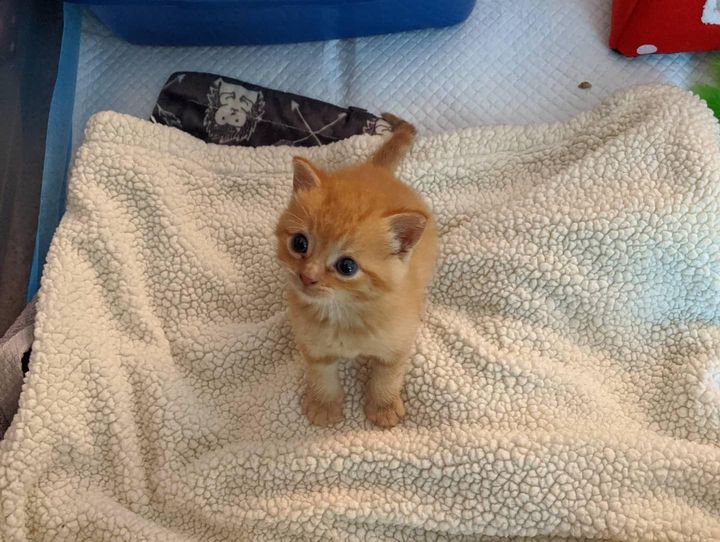 The kitten turned out to be curious, affectionate, and sociable. The guardians immediately noticed that it got along well with other animals – it even lived together with the chick in the same cot for a while. Later, it made friends with the other kittens at the shelter and was not shy about starting friendships on its own. 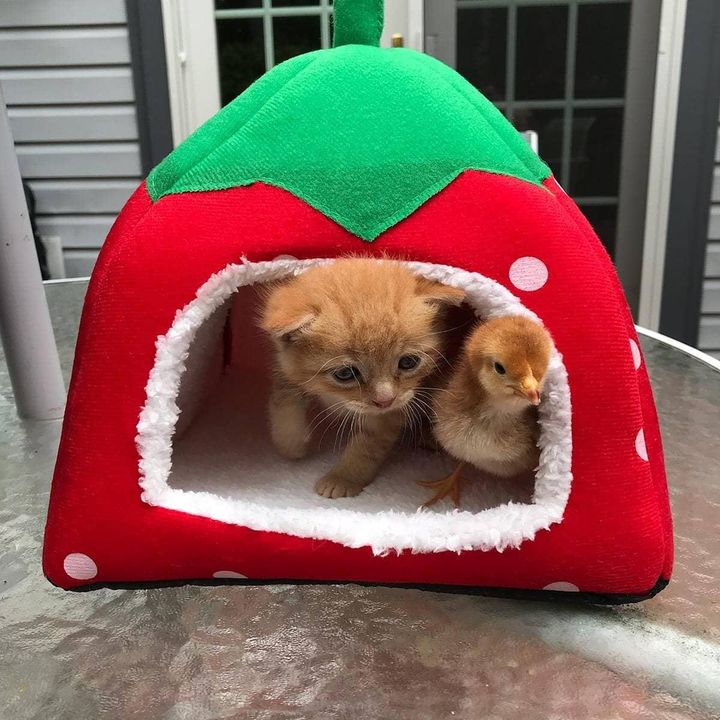 Jasper even found common ground with its guardian’s pet dog, who had never interacted with kittens before. This red-haired baby boy fascinated it – and they spent a lot of time together. When the baby was 8 weeks old, the guardians decided – they were very attached to it, and they couldn’t say goodbye to it. 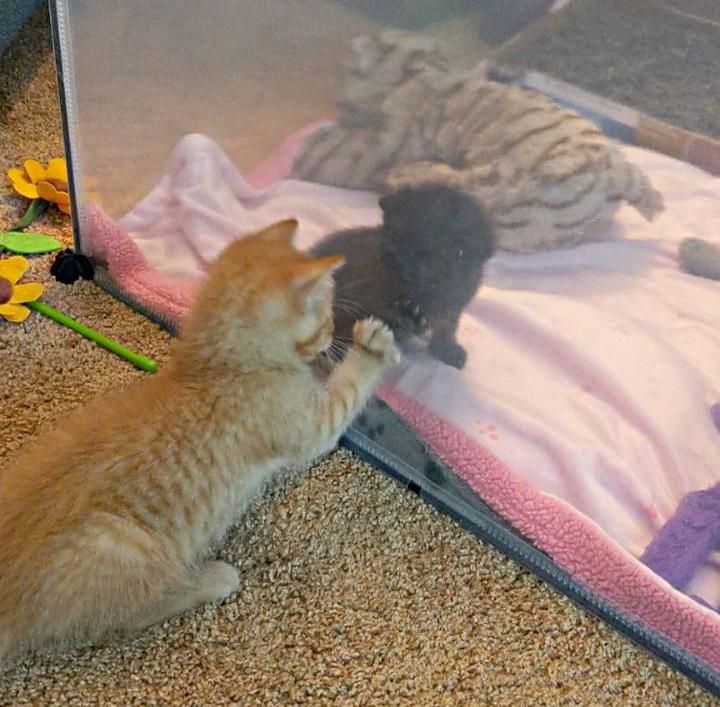 That’s how Jasper got a permanent home! It was left to live with a large family and its guardians. As the months went by, the little kitten had already grown into a handsome cat, but Jasper’s character had not changed at all. It supports and takes care of the other animals its owners take into their care. 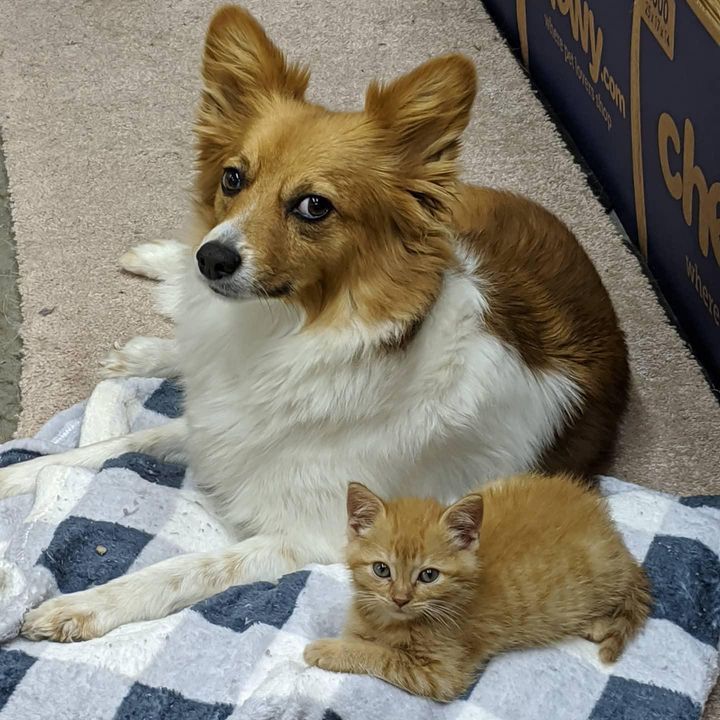 Jasper’s mission has become to help those in need – both kittens and adult cats who find themselves in a shelter. This cheerful red-haired feline makes everyone feel safe and helps them gain confidence. It was once rescued from the streets, and it was so afraid of everything around it! 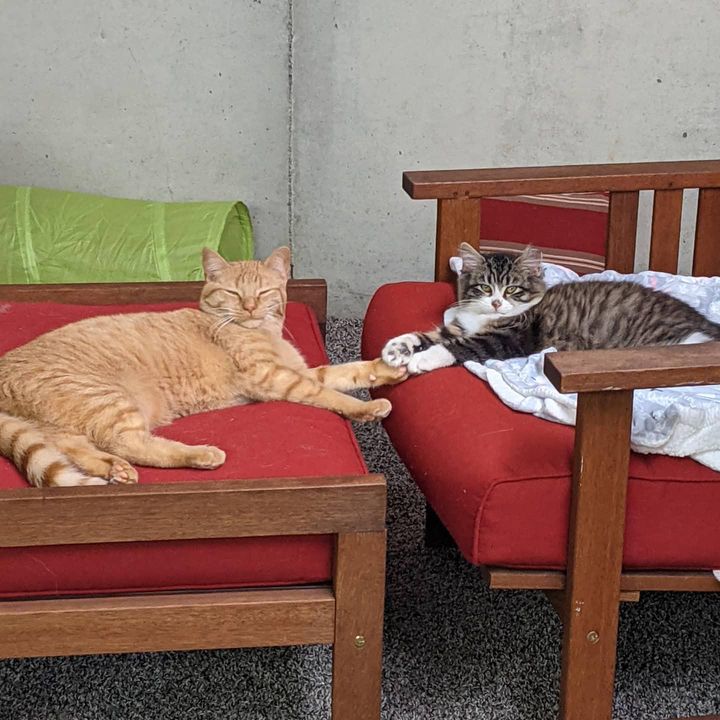