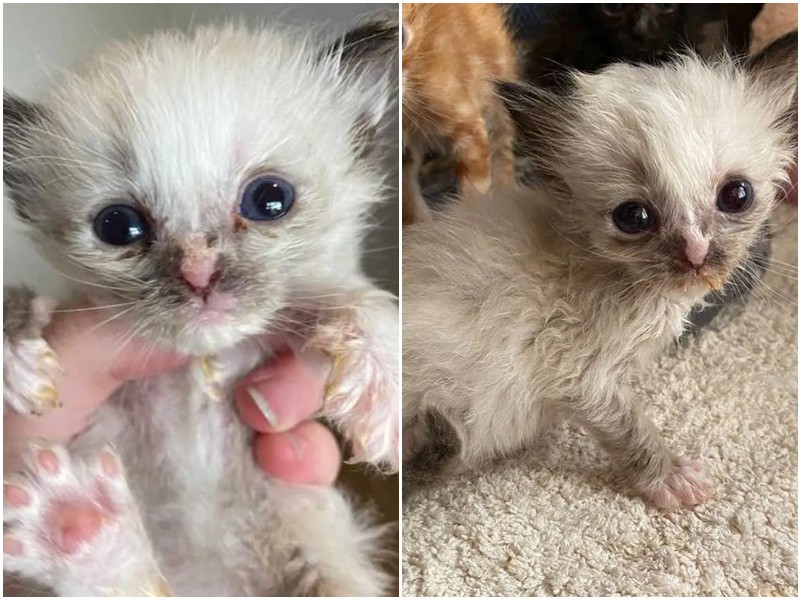 The weak, tiny kitty weighed only 120 grams when it was found with the other kittens. It was half the size and weaker than all its siblings, and was in great need of care.

Several stray kittens who had lost their mother were picked up on the street in the Australian city of Perth. Passers-by immediately noticed that one of the kittens was different from its siblings – it was the smallest of all, and it had an unusual muzzle color. All of the kittens were in urgent need of care. 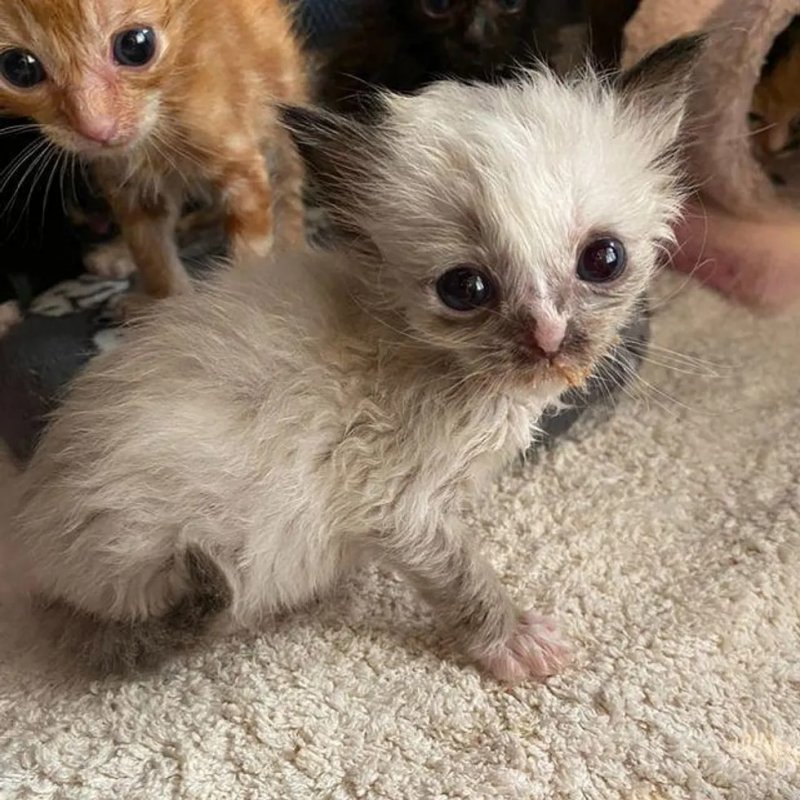 People took the babies to the Perth Rescue Angels shelter. The staff took care of each one and paid attention to the smallest baby. It turned out that the weak baby was a half-breed Siamese cat, which is why it got such a color. It was given the nickname Wasp. 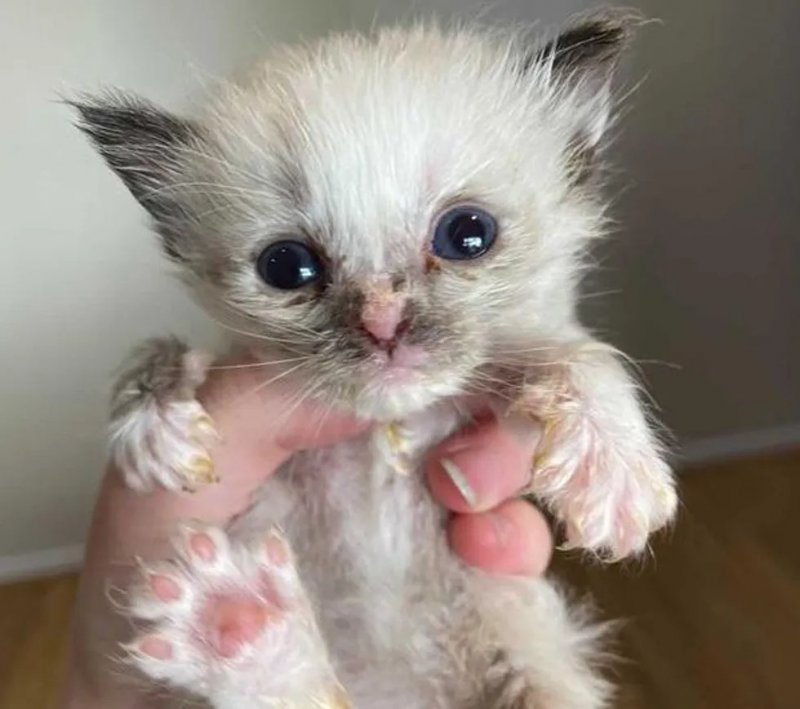 Wasp lagged behind its siblings in development – at 6 weeks of age, the kitten was the size of a week-old kitten and weighed only 120 grams. All of the kittens were fed by the hour from a dropper, and they proved to be quite strong and brave, growing stronger every day. 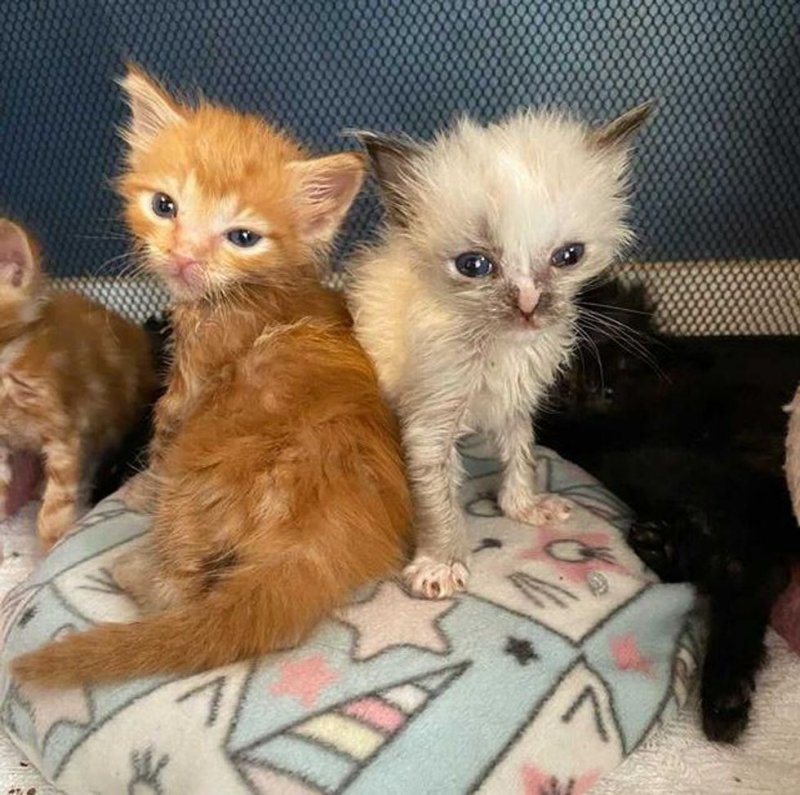 The guardians were worried about how Wasp would make it out, but after a while, it proved to be a fighter, too. The kitty had a great appetite and a great will to live. It was getting more energetic, and soon it started exploring the house little by little and even trying to play. It was already a significant victory! 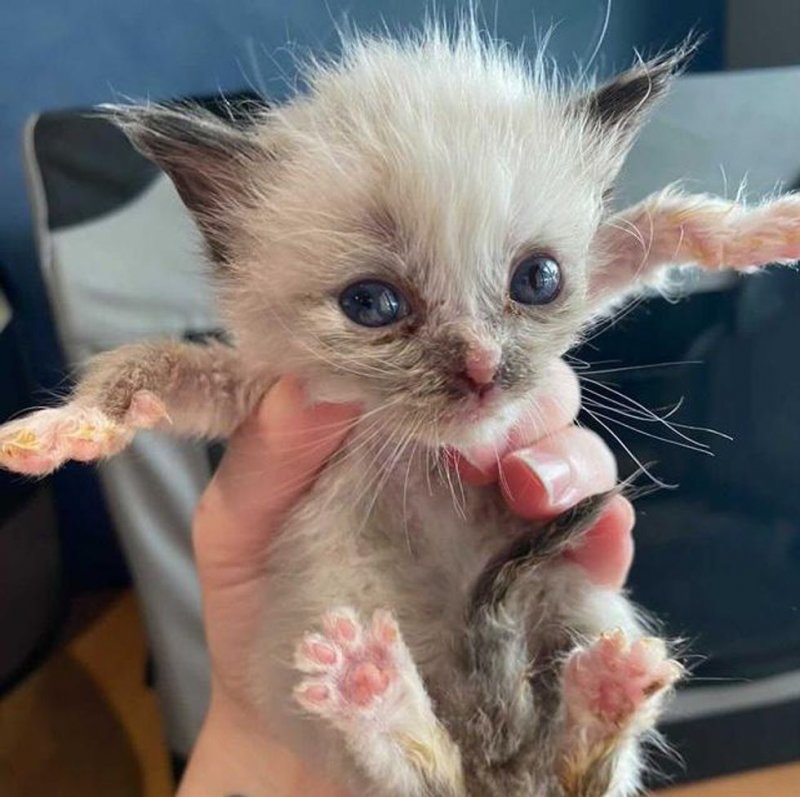 After that, Wasp made small victories every day. The love and care with which its guardians surrounded it gave its effect and made the cat stronger. It looked like a different kitten, full of life and love. 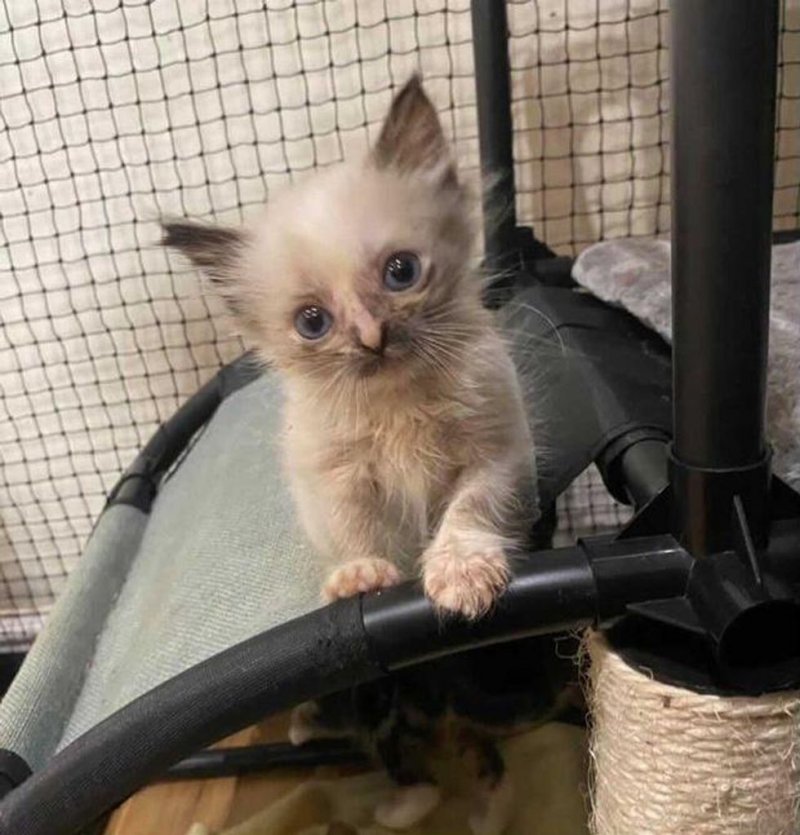 As the cat grew up, it began to play more with its congeners and explore every corner of the house, and it became very fond of its guardian and began to follow her everywhere. When Wasp finally recovered, they began to look for owners for it. 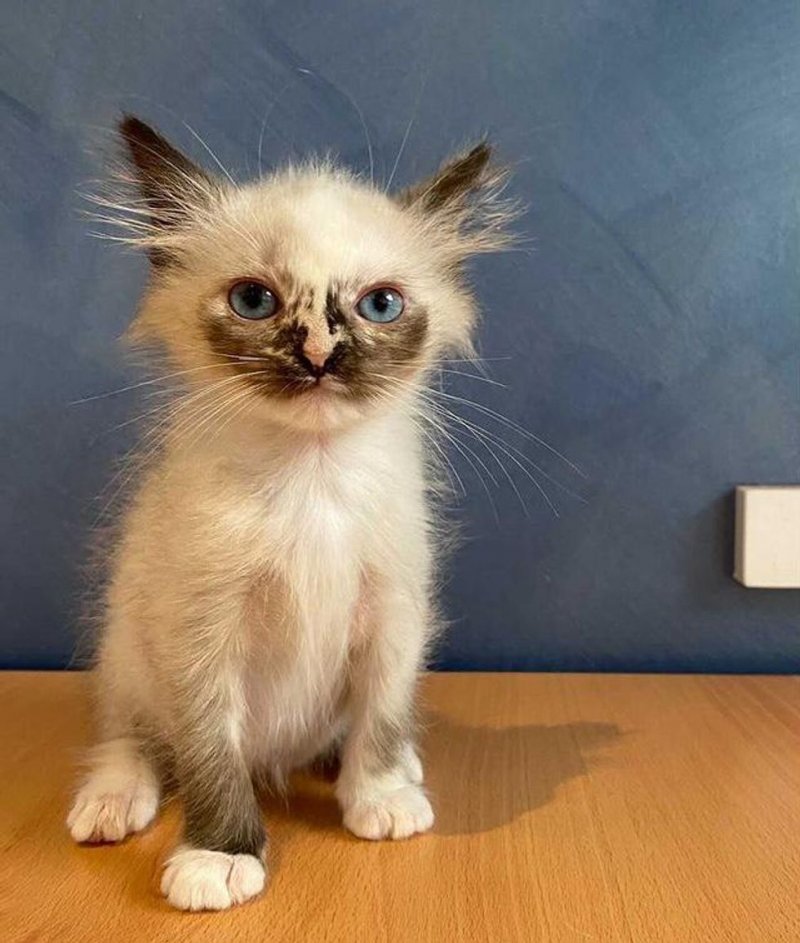 It didn’t take long to find new owners – a photo of the kitty was almost immediately seen by a shelter vet named Nicole. The girl had wanted a cat for a long time and fell in love with this brave little girl. She took it to her and gave it a better life. 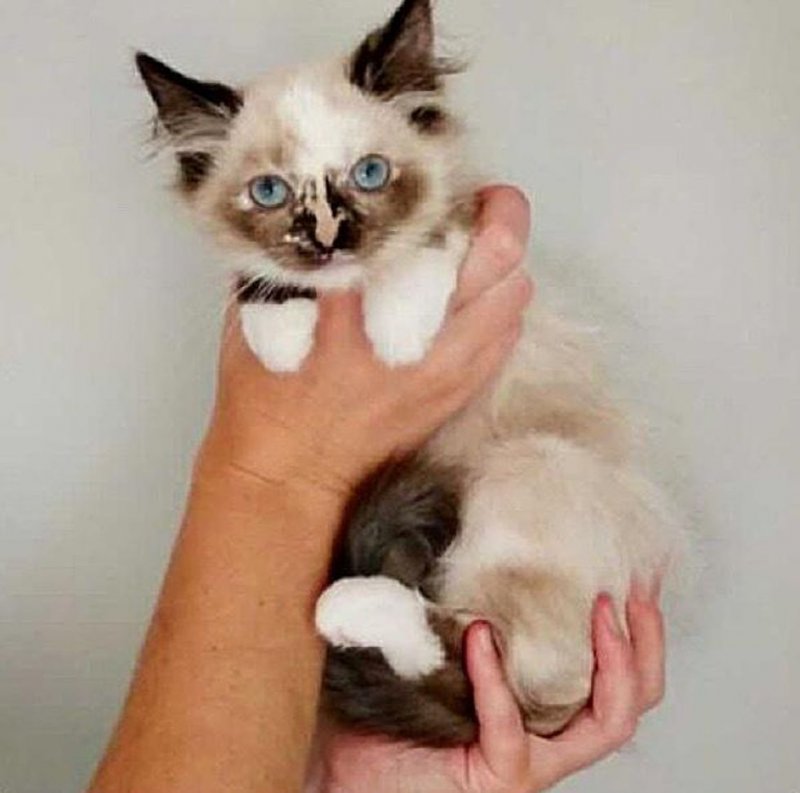 ANIMALS 0 95 views
On her way home from work, a woman noticed an unusual animal crawling along