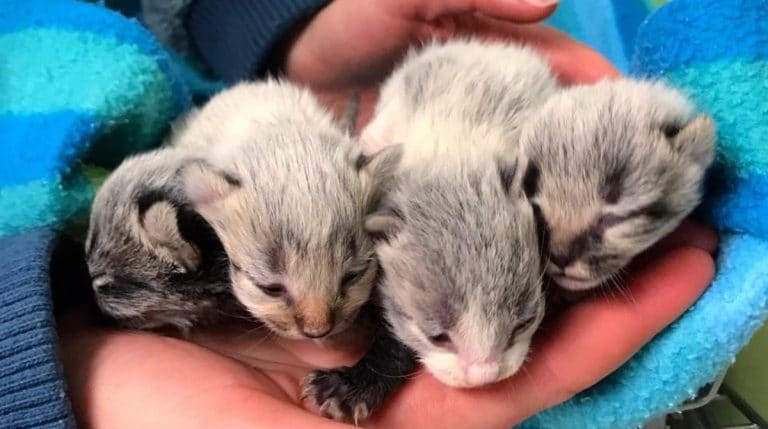 The eight-month-old kitty became a mother for the first time. She gave birth to kittens on the street. But she was lucky. The cat and the kittens were immediately taken to a shelter in Montreal, Canada.

The new environment was too overwhelming for a young mother. She was unable to feed the kittens, and two of them did not survive.

The staff of the shelter was very worried about the other kids. Therefore, they immediately turned to the local rescue group for help. Soon there was a volunteer who was ready to take a cat with kittens into his house. 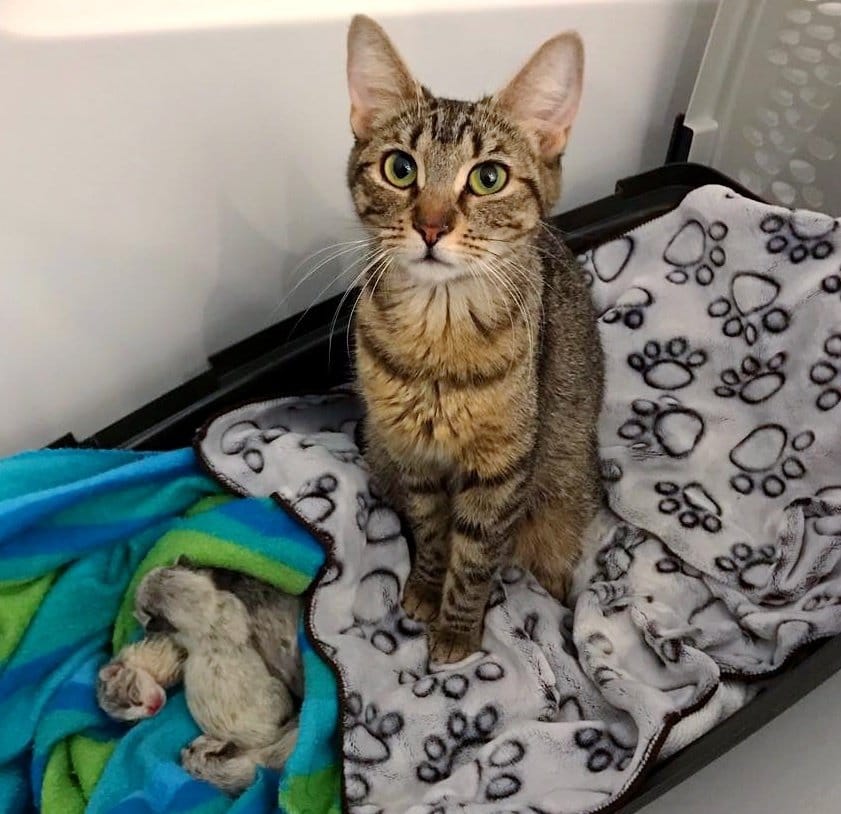 The mother cat, who was given the nickname Milky, was haggard and thin. But she was very affectionate towards people. She was obviously glad to find herself in a quiet, peaceful house after all the trials.

The babies weighed from 86 to 110 grams. In addition, they were born with the so-called fever fur. This means that their mother had a fever or was stressed during pregnancy.

Dorothy, the foster mother of the pets, began to spend a lot of time with the kids to make sure that everything is fine with them and the cat feeds each of the kittens.

And although the cat was exhausted, she took good care of the crumbs. 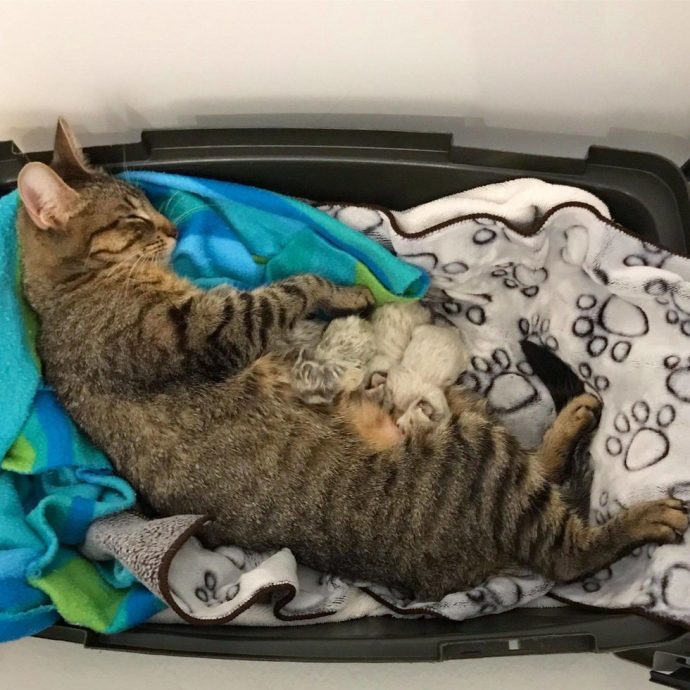 A few days later, volunteer Dorothy noticed that something was wrong with the cat. She refused to eat and her milk was gone. Milkу urgently had an ultrasound. And it turned out that she had fluid in the uterus. An operation was urgently needed!

While the cat was in the hospital, volunteers took care of the kittens around the clock, feeding them from a bottle. 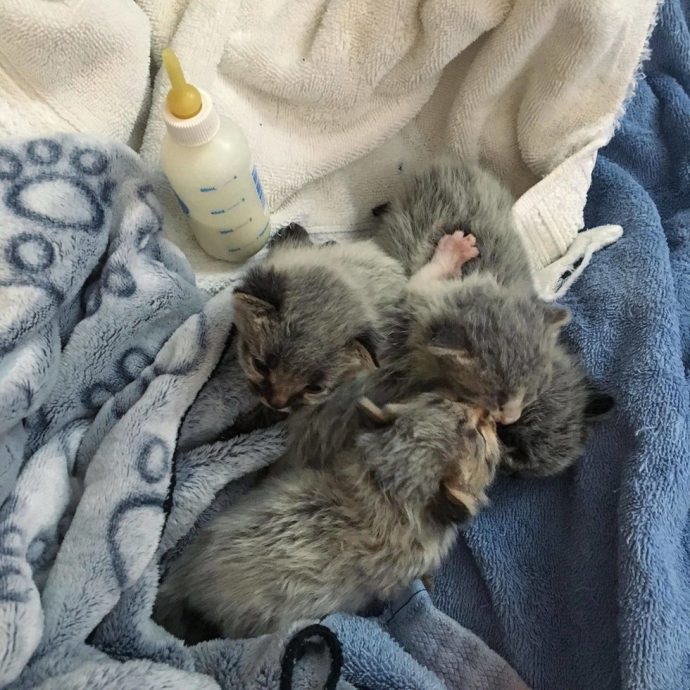 After the operation, Milky immediately regained her appetite. And in general, she felt much better. In just three days, she gained weight noticeably and became energetic.

Now the kitty is enjoying life in the house, raising kittens. Volunteers notice that she eats more when someone is with her.