This poor dog gave birth right on the street alone and helpless. A girl named Stephanie noticed her when she was crossing the street, holding one of her puppies in her mouth. The poor dog apparently wanted someone to help her, but did not know how to do it. 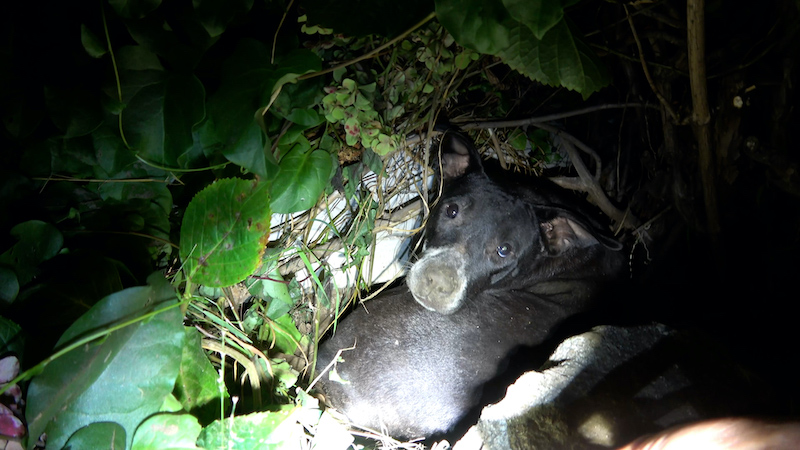 Stephanie quickly called the rescuers and explained the situation to them. The team headed to the place where the mother dog was hiding. It was near the girl’s house. The team found a stray dog and her puppies under a bush near the wall. She wrapped herself around the newborn puppies, turning her back to the rescuers.

The young mother was scared. She didn’t seem to trust people who actually wanted to help her. She growled every time someone tried to approach. A caring mother was ready to do anything to protect her babies. 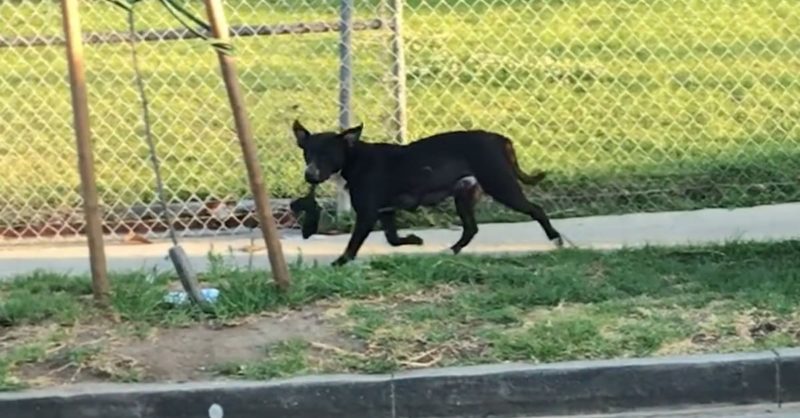 Rescuers worked extremely carefully. Soon they managed to catch the dog on a leash. They continued to have a nice conversation with her, meanwhile shifting the dog family around the box. They went to a local veterinarian and left a young mother and her 6 puppies there. It was a safe, clean place where they were protected and cared for by kind people.

The young mother seemed to be still scared. She stopped showing aggression as soon as the rescuers gave her a warm and comfortable blanket on which she could sleep with her puppies. 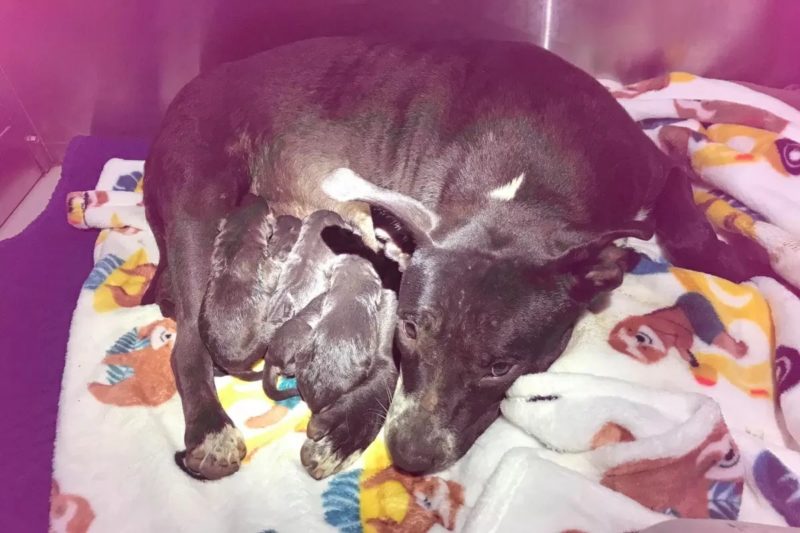 From that moment on, her attitude changed, as she realized that these people only wanted to help her.
She became calm and friendly. At night, the young mother was not silent if something bothered her.

The next morning, Stephanie called rescuers to tell them that she had given one of the puppies to her neighbor. The unfortunate puppy cried all the time when she was separated from her family. They realized that they had made a mistake and returned the puppy. 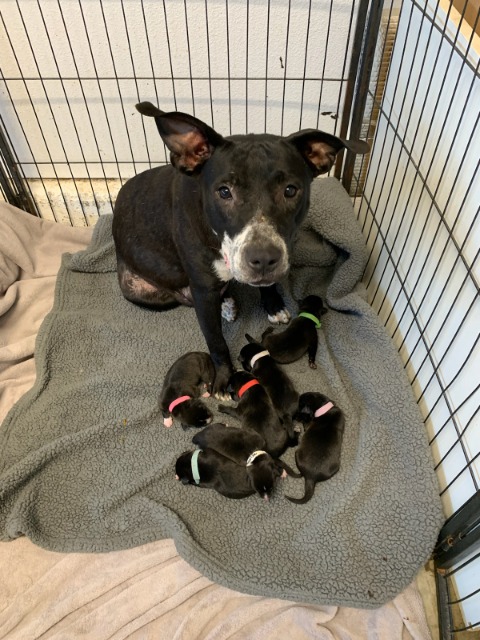 Now the whole family was together. They will stay in the shelter for 8 weeks, after which they will be ready for adoption.