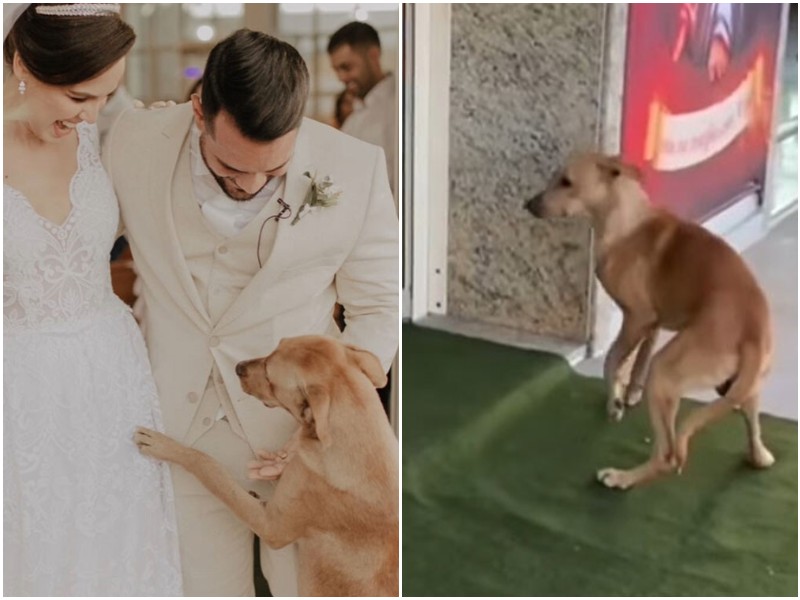 A couple from Brazil was celebrating their wedding not long ago, and an unusual guest – a stray dog – visited the ceremony. It turned out to be cute and insistently wanted to watch the whole ceremony and then congratulate the newlyweds.

A couple from Brazil, the groom Douglas, and the bride Tamiris, recently had their wedding. The wedding was attended by an unusual guest, a stray dog, who was first spotted by the wedding planner. The dog turned out to be very nice and sociable – it even walked the bride down the aisle and then lay down near the entrance to the church. 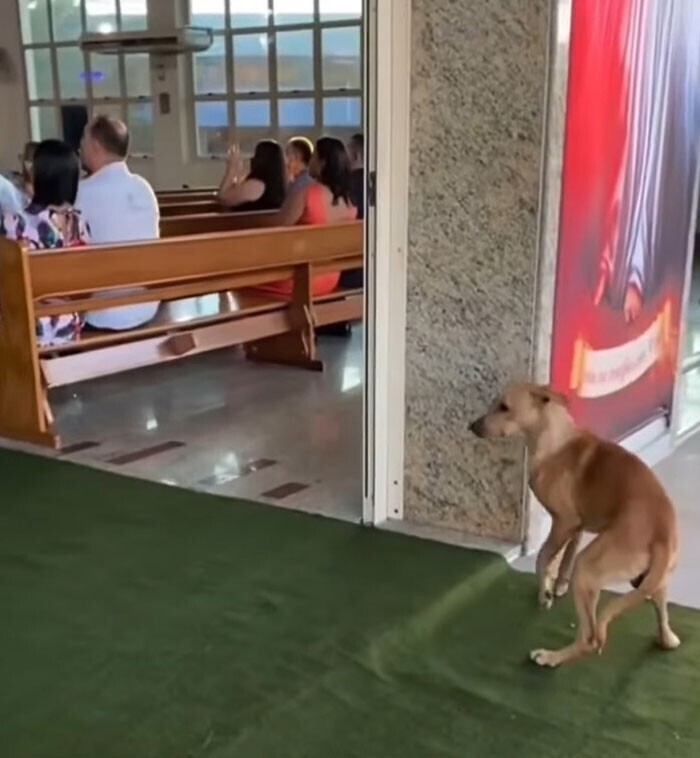 The organizer tried to get the dog away from the entrance, but it refused as if it wanted to watch the ceremony! Then they decided to keep it, and the dog waited at the entrance for the entire ceremony. The dog modestly watched the ceremony, and when the newlyweds came out, it “congratulated” them with kisses and joyfully wagged its tail. 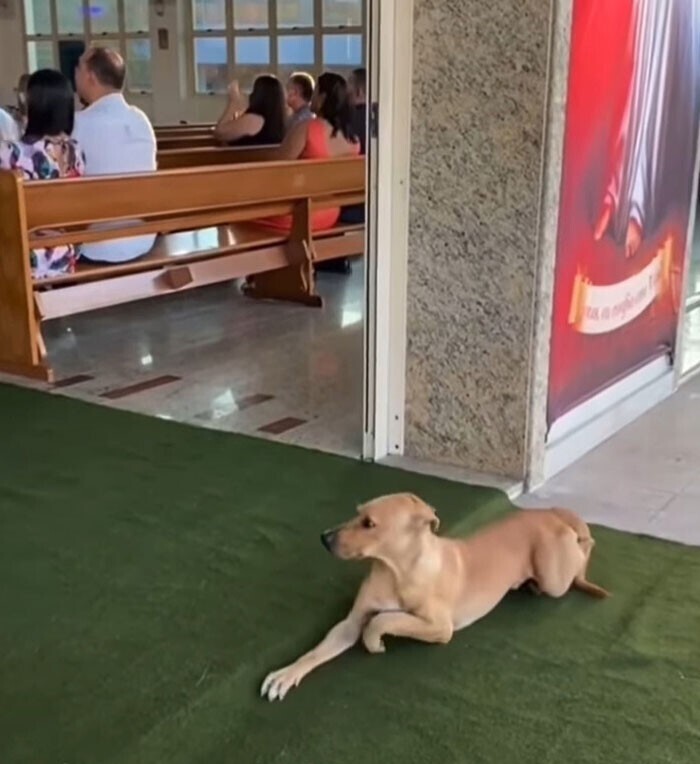 The newlyweds and all the guests were fascinated by this creature! And the photographers took a couple of pictures with the furry guest. But after that everyone went to celebrate the wedding somewhere else, where they continued the celebration… The next day, the bride called the wedding planner to tell her that she and her husband couldn’t forget the dog. 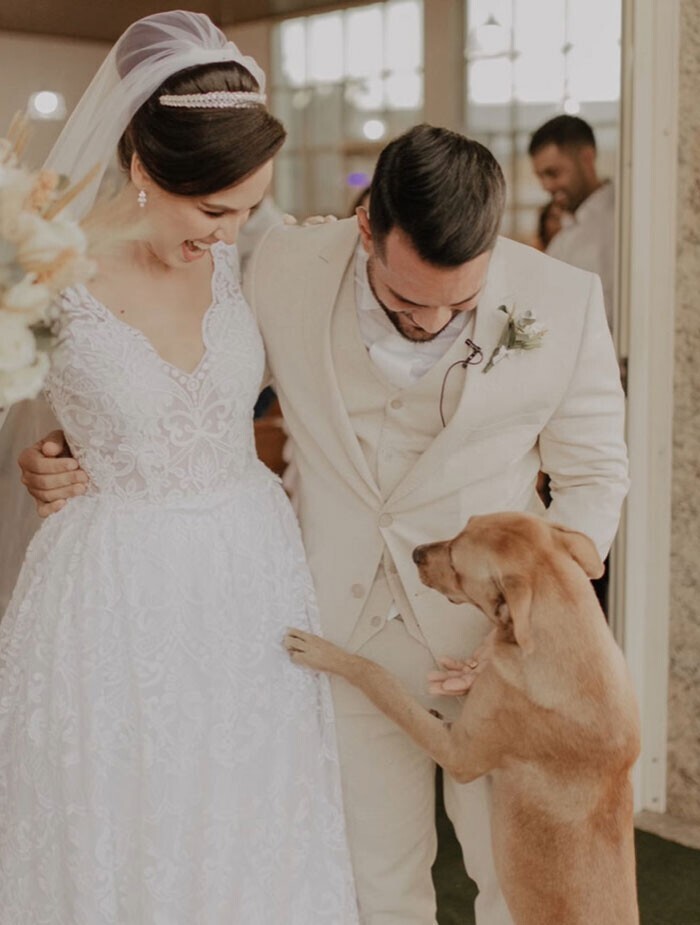 “The bride told me that she and her husband thought about this dog all the time and decided to shelter it. They tried to find it in the same place, but it wasn’t there,” the organizer said. She managed to take several photos with the dog and immediately published them in various groups on social networks. 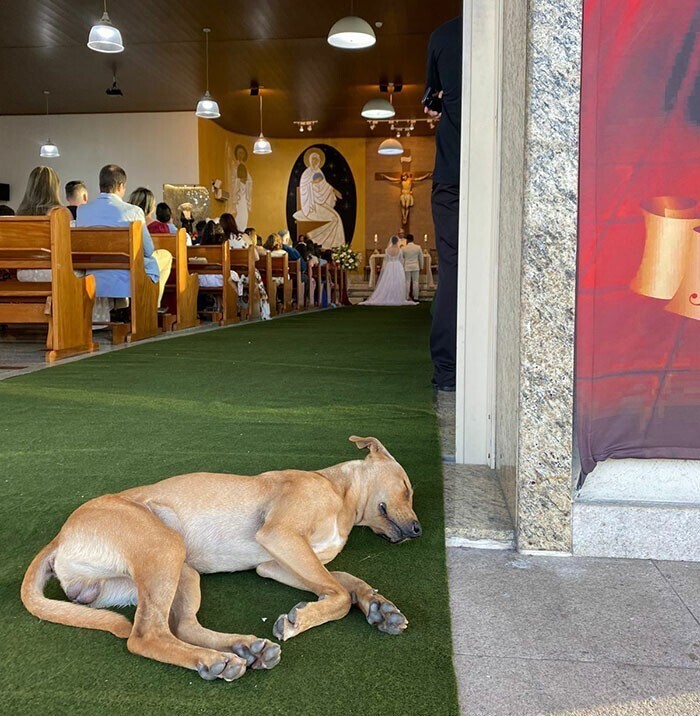 Six hours later, locals reported where they had seen the dog and the newlyweds went to the spot. The same dog was there! The happy newlyweds immediately took the “fateful” dog to the vet. There they determined that its health was fine – except for an injured foot, on which a bandage was applied. 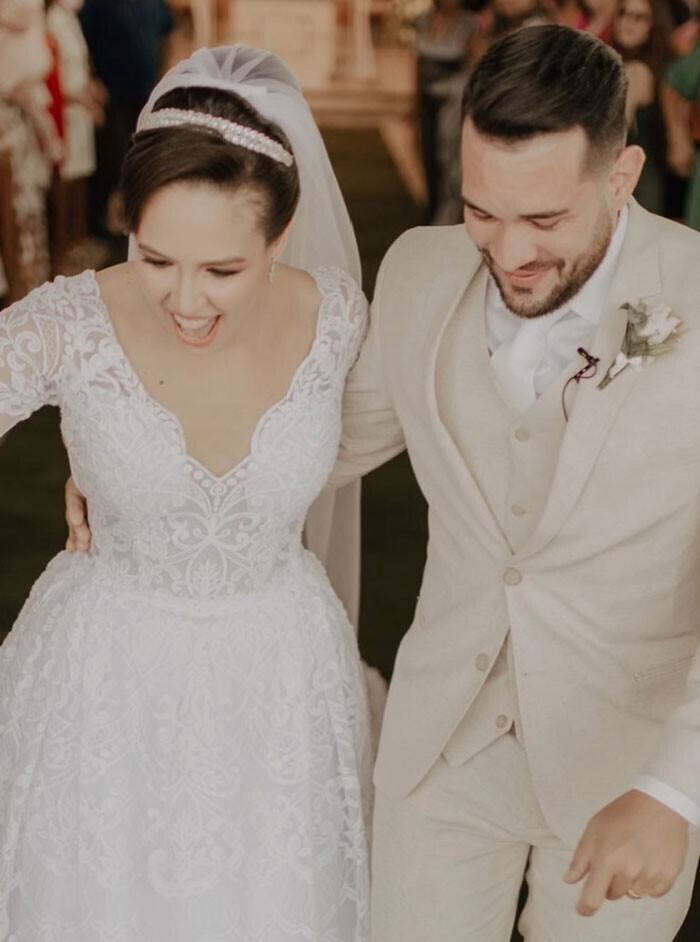 Now the dog, named Caramelo, is happy with its loving owners. And the newlyweds are happy that this cute dog appeared in their lives so unexpectedly on such an important day. It’s destiny, no less! 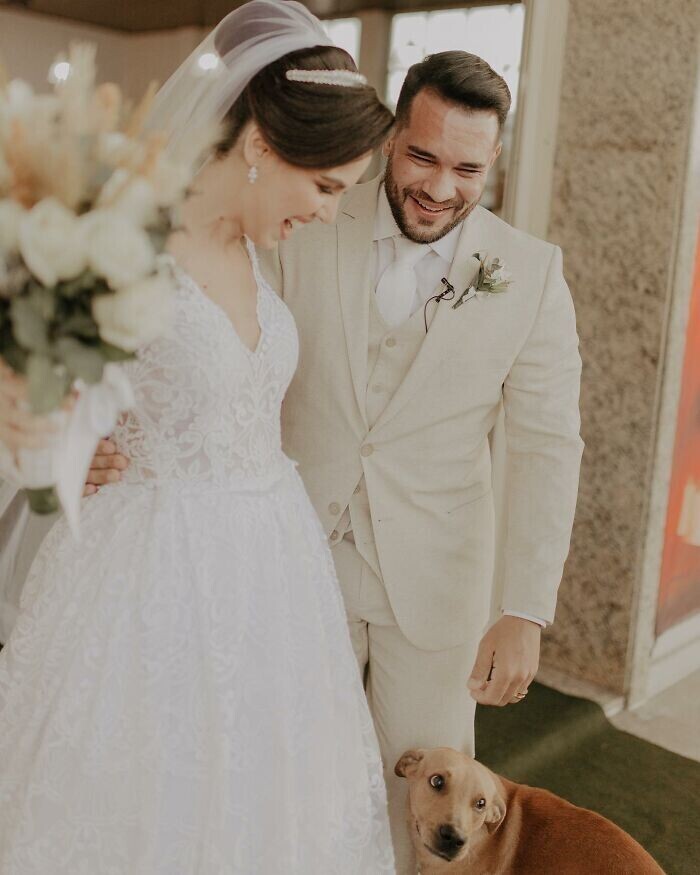