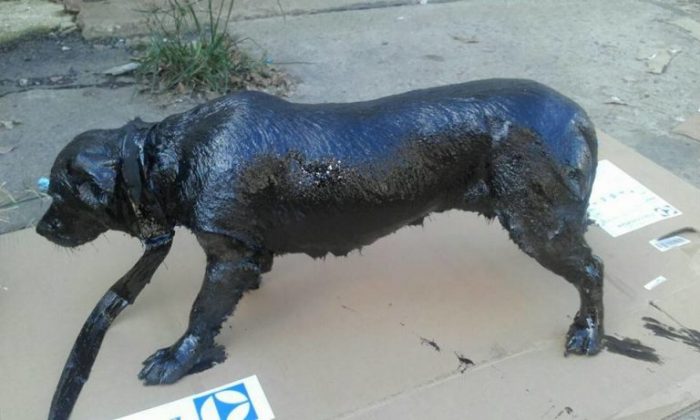 A dog, covered with resin from the top of its head to the tips of its paws, wandered through the streets of one of the Argentine cities. Passers-by noticed the animal and called the police, who came to the rescue and sent the dog to the vet in a patrol car. Animal rights activists also joined the rescue of the animal.

For more than five hours, several volunteers tried to wash the resin from the dog’s fur. The task was not easy, shampoos and other products were used, but they did not give the desired effect. The volunteers did not give up and continued to wash the dog and only their efforts gave at least some result. 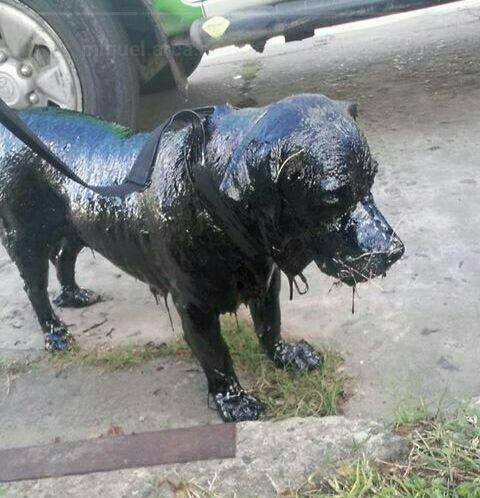 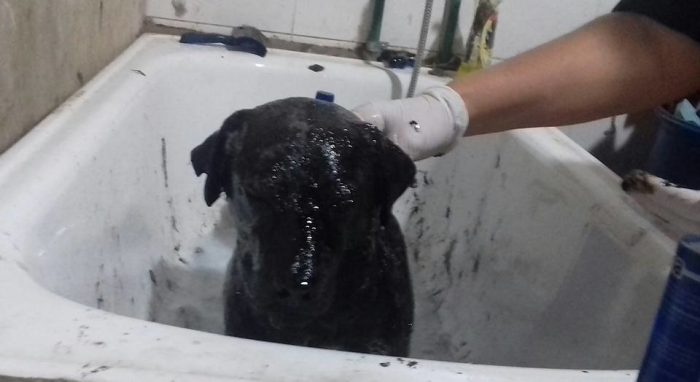 The «bath procedures» continued the next day. The volunteers achieved a good result – despite the dark spots that remained on the animal’s fur, it was already clear that by nature its fur is red. After thorough washing, Peter began to feel much better. 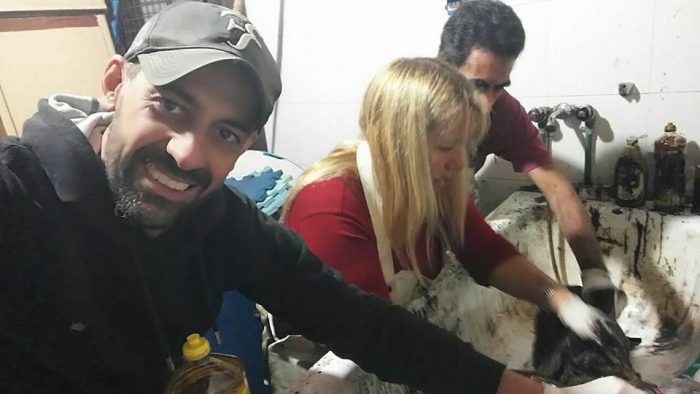 One of the volunteers who took part in the rescue of the animal wrote that the dog not only feels better but also looks much happier. 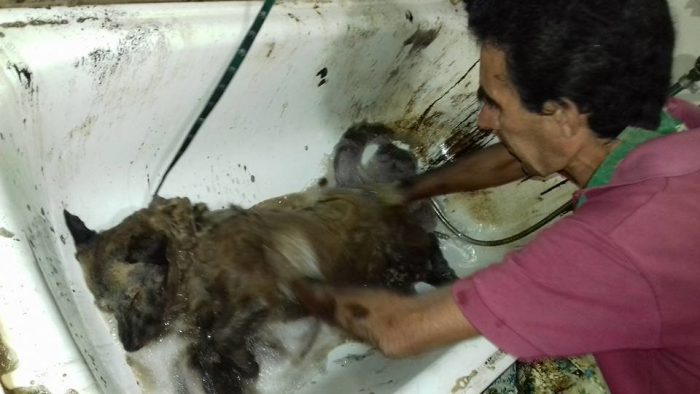 Peter’s story got into social networks and quickly gained thousands of views. People from different cities of Argentina expressed their admiration for the rescuers and their work.

Peter will need a lot of time to recover and finally recover, but he turned out to be a very strong and life-loving dog, so he is recovering quickly, he is very active and kind.

The volunteers rejoice at the success of their ward and hope that very soon they will be able to find him a home and a loving family.

LIFE STORIES 0 11 views
When the nanny warned her that she would not be coming to work, single

ANIMALS 0 3 views
This story took place in a small Malaysian town. Passers-by saw a guy in

A firefighter rescues a little boy from a fire, «Where’s Sam?» asks boy — Story of the day
ANIMALS 0 234 views

A lad in a wheelchair saw a kitten in danger. He did not call for help, but rushed to the rescue.
ANIMALS 0 234 views

Guys broke in and rescued a person
ANIMALS 0 234 views

This boy made everyone cry in the final round of the German TV show «Voice».
ANIMALS 0 234 views