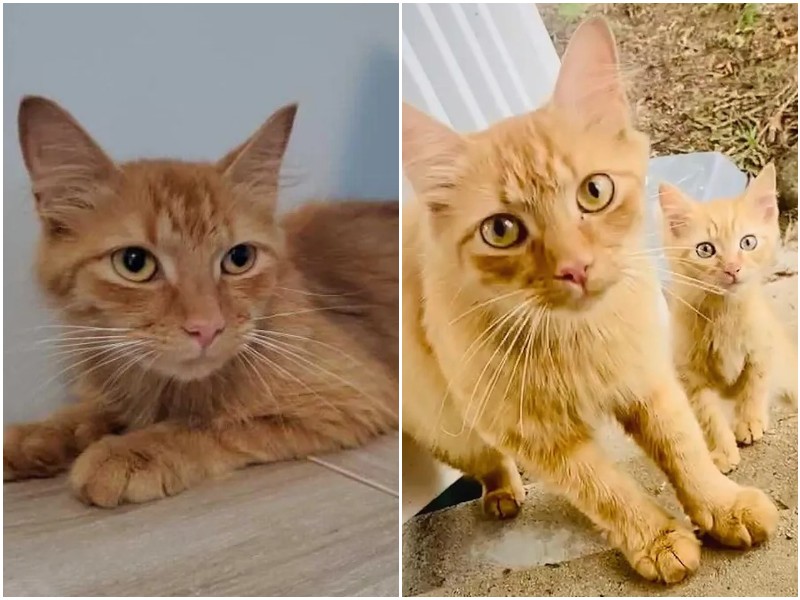 At first, the modest cat came to the family’s doorstep alone, but one day it came with two tiny kittens. Its little kittens were hiding behind their mother’s back and looking frightened at people. Apparently, the mother trusted the family so much that it decided to introduce its babies to them…

Residents of North Carolina in the United States spotted this kitty in their yard. They started feeding it, and it started coming back more often. At first, the modest cat came alone and at the same time – and in the evening, it was in a hurry to go somewhere. 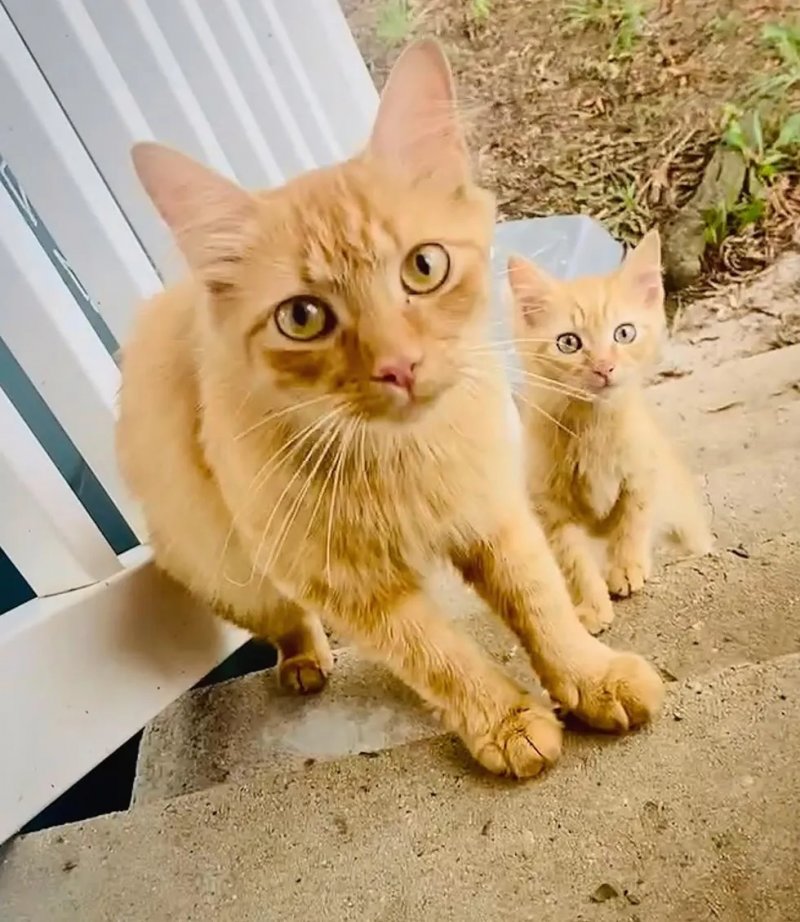 One day the cat came again as usual, but this time it was not alone. From behind it, two small kittens peered out fearfully. Apparently, Mummy realised that these people could be trusted and decided to bring its kittens. 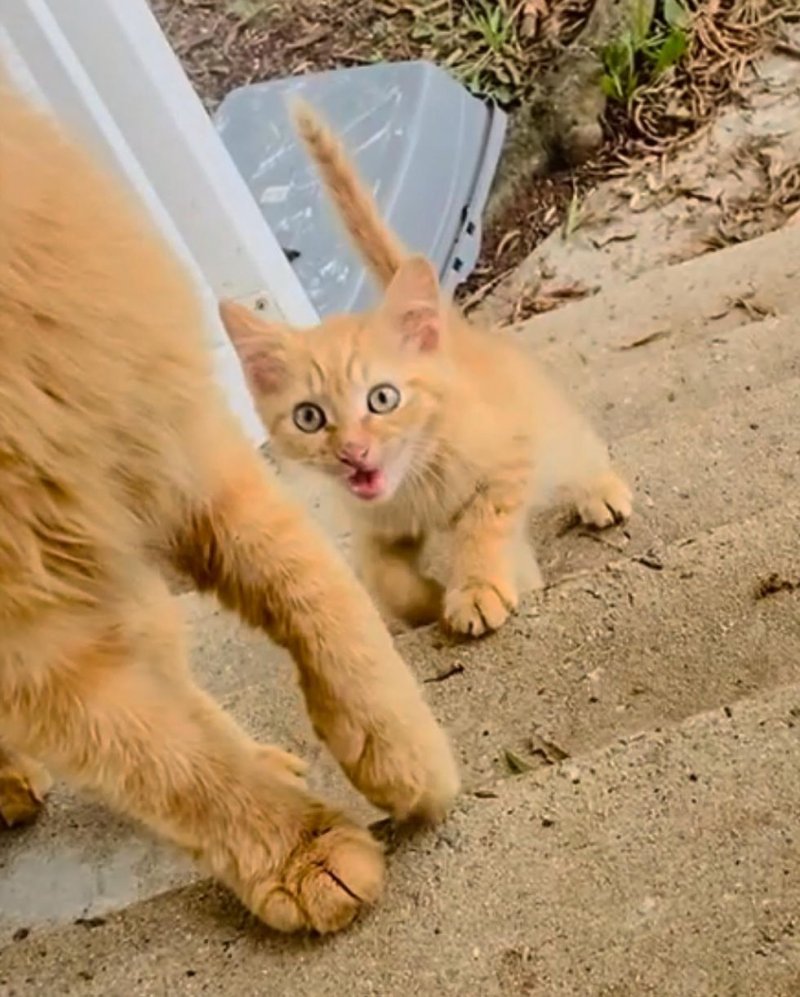 The furry brother and sister were scared at first, but when they saw their mum was calm, they stopped worrying too. The people fed the whole family but contacted the rescuers at Murphy’s Law centre to get the fluffy ones taken care of. The cat family was taken to a shelter the same day. 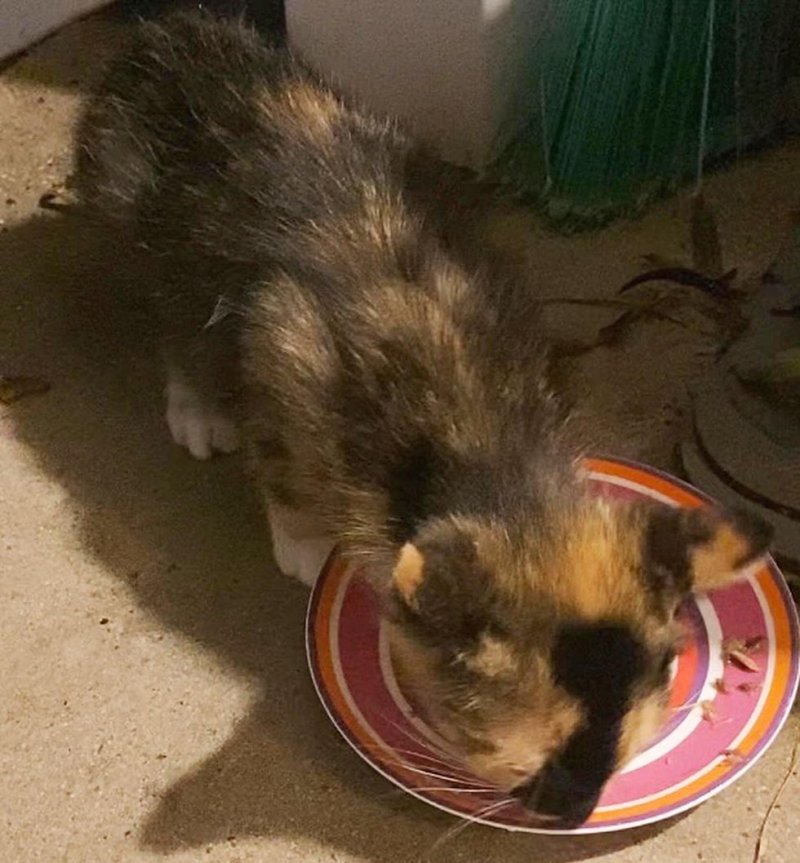 The doctors discovered that the mother cat had a seriously damaged tail and had a minor operation. The mother and kittens urgently needed a temporary care place, which was soon found for them. 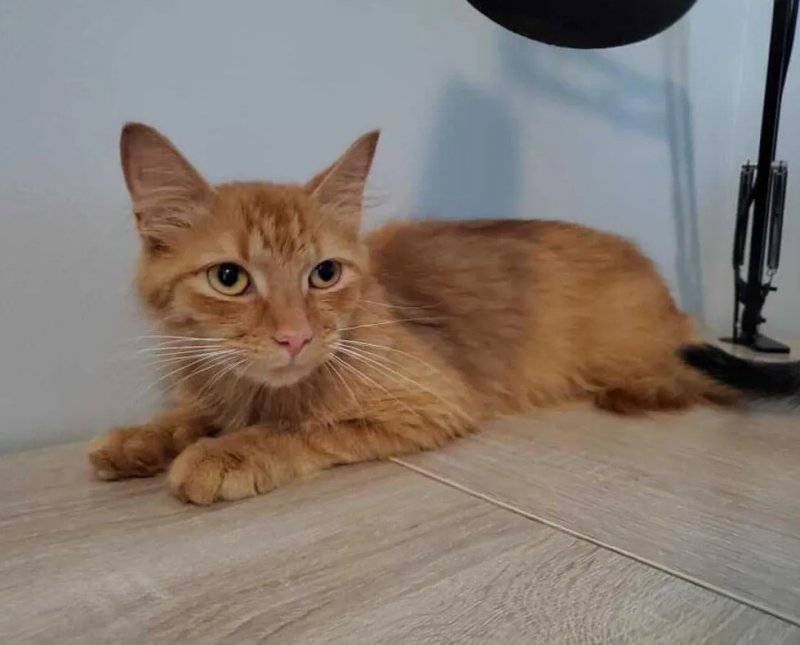 At the place of temporary care, the feline family quickly got used to the new surroundings. All three felt loved and safe here. Mildred, the mother cat, looked after the cubs frequently and kept an eye on them. 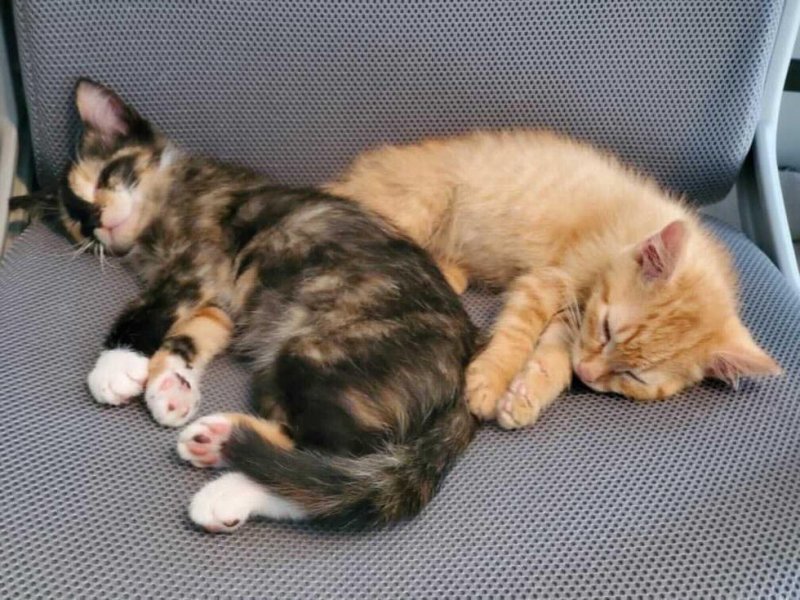 And the kittens have grown up healthy, active, and adorable. They play together all day long, eating, sleeping, and spending time with their mother. When they are a little older, permanent owners will be found for them and their mummy! 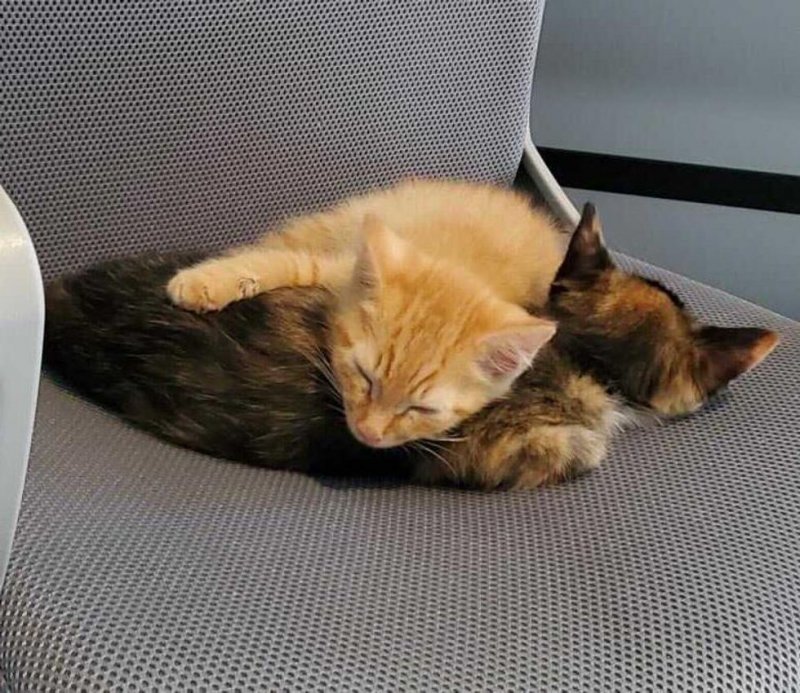