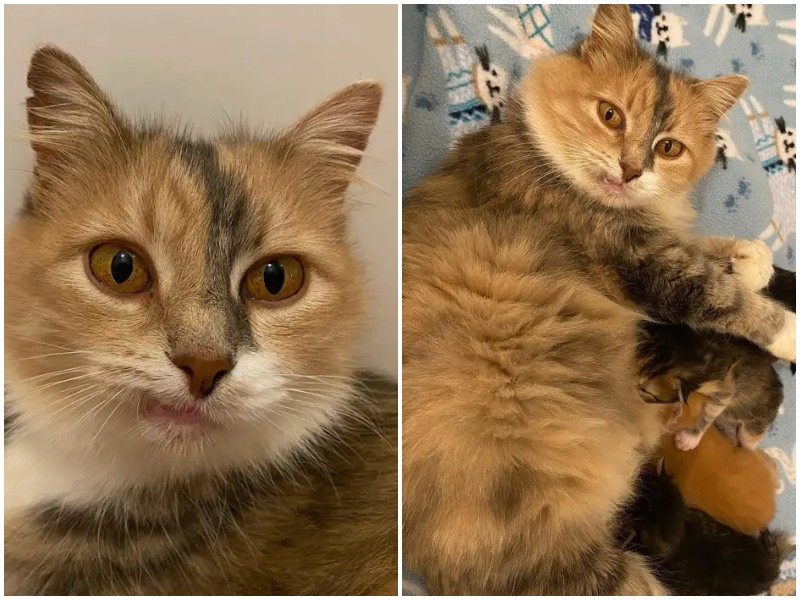 A stray mother cat with special needs tried its best to give its kittens all its love. It collected scraps on the cold streets to feed itself and give enough milk to the babies. All the people passed by, seeing this cat family..

A month ago, residents of the American town of Salem spotted a feline family on the chilly streets. A homeless mother cat with a developmental disability was struggling to care for its kittens, who were not even a few days old. The mother was struggling to feed the babies… 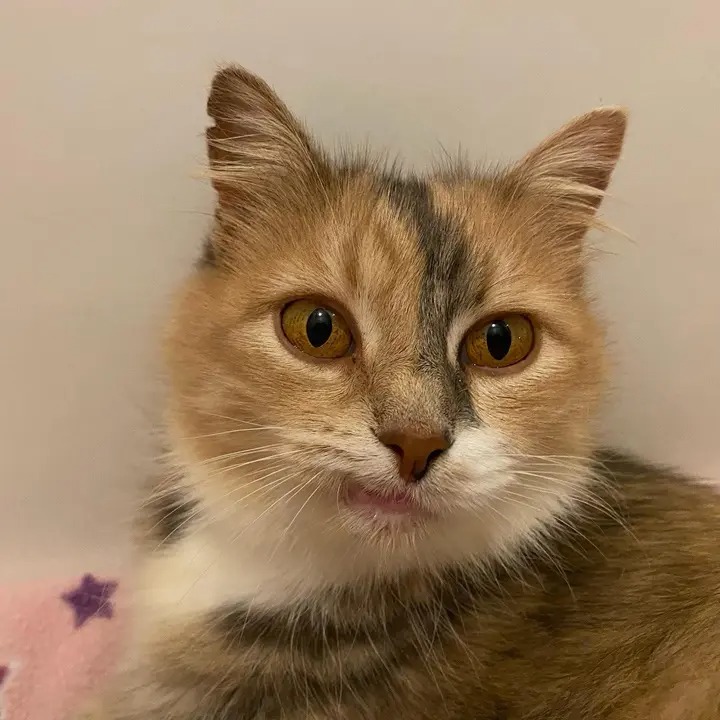 While everyone was passing by, one family spotted the cat and decided to help it. They reported the kittens to the Salem Friends of Felines shelter, which immediately agreed to take them in. A member of staff called Kayla went out and took the furry family with her. 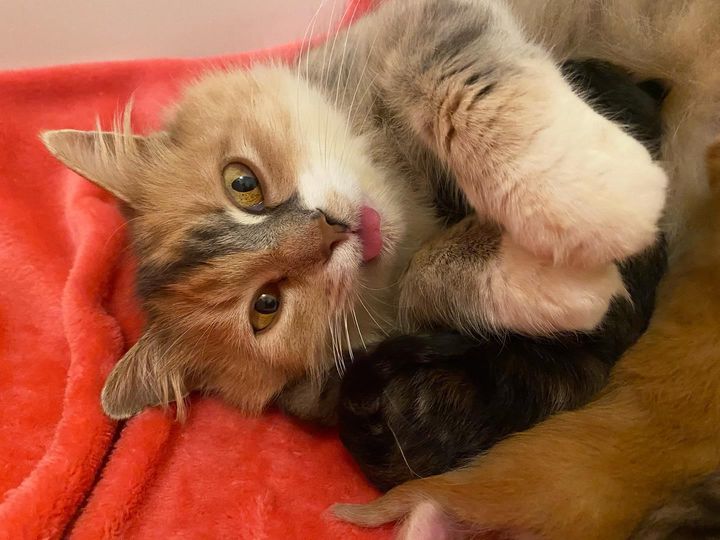 After checking on the babies and their mother at the vet, Kayla took them into her care. She immediately noticed that the mother cat, named Priscilla, had a distinctive smile. It came from a protruding tooth and the lack of other teeth in its mouth. 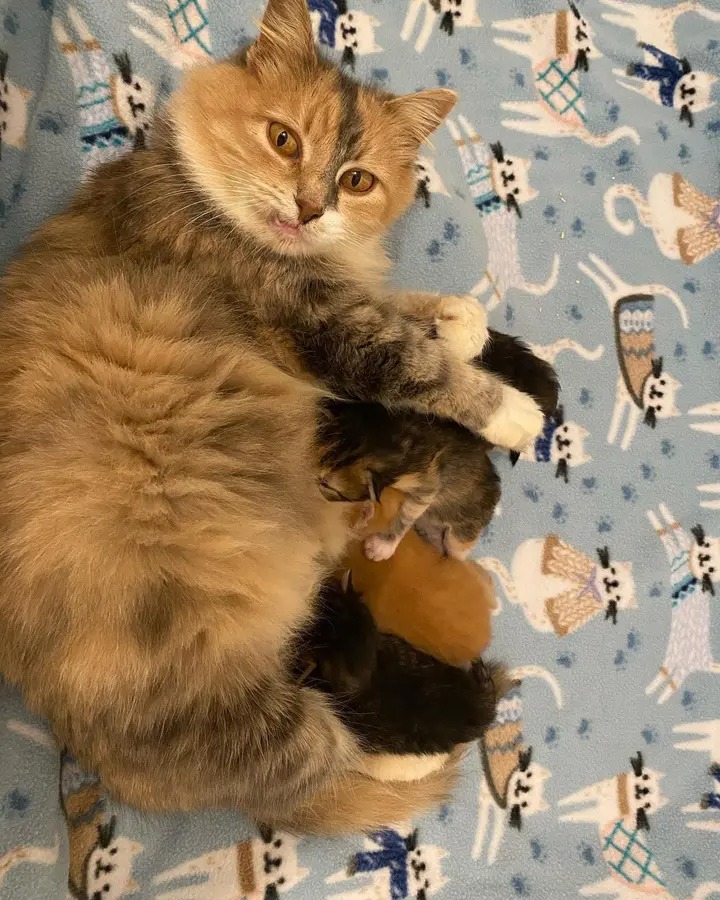 Priscilla was very grateful to the guardian from the start for her help. The cat was happy that its little ones would not have to survive on the streets at such a tender age. The cat was not shy about showing its love – it was constantly purring and rubbing itself against the guardian. 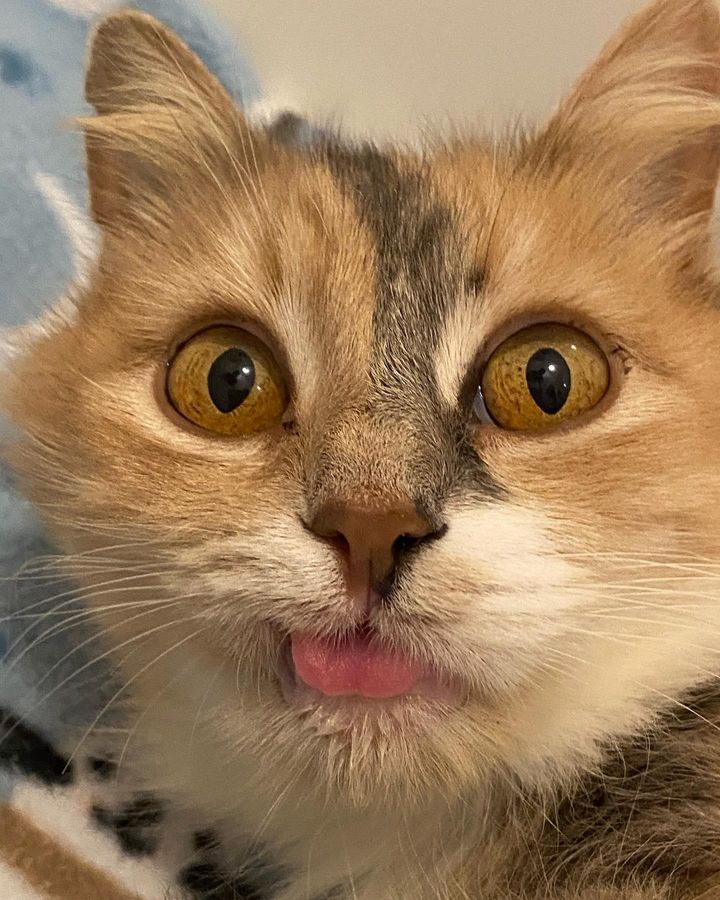 Priscilla proved to be a very attentive, caring mummy: the kitty kept an eye on its babies and took sensitive care of them. When the cat realised that its kittens were definitely safe here, it started exploring the house more and playing. 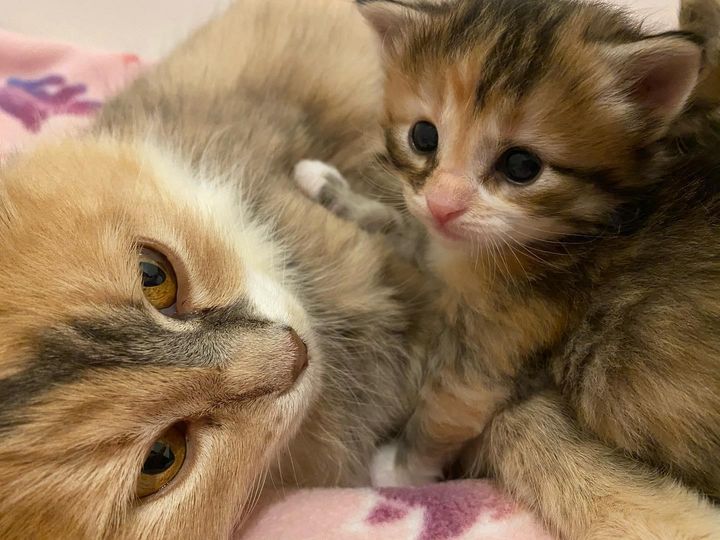 Priscilla’s three kittens are now growing up healthy, active and strong. When the kittens are older, volunteers will find owners for them. Priscilla will also find a long-awaited loving home. 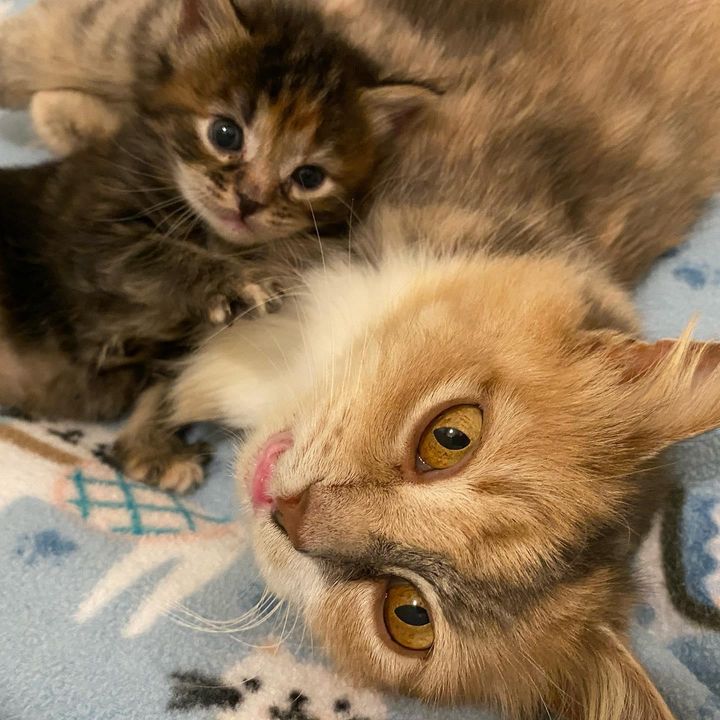 Many thanks to the kind people who saved this family! 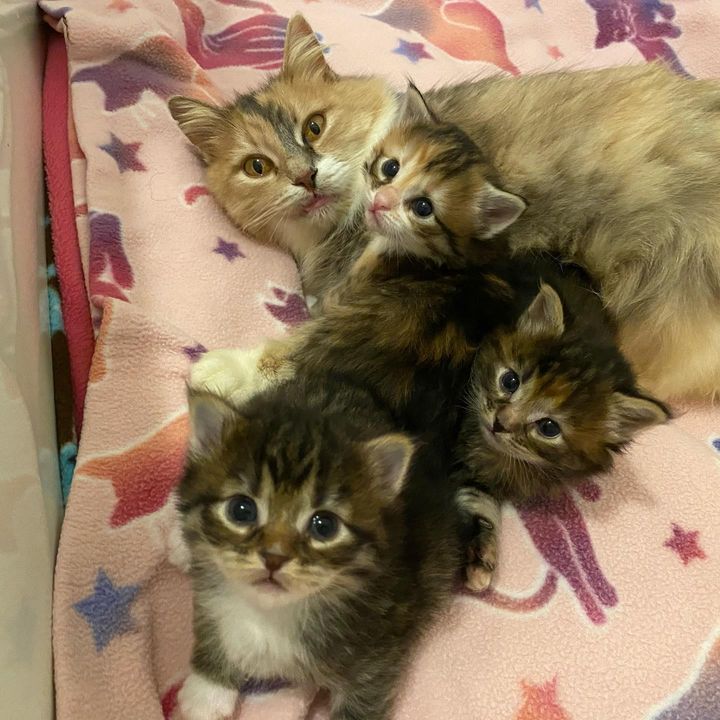