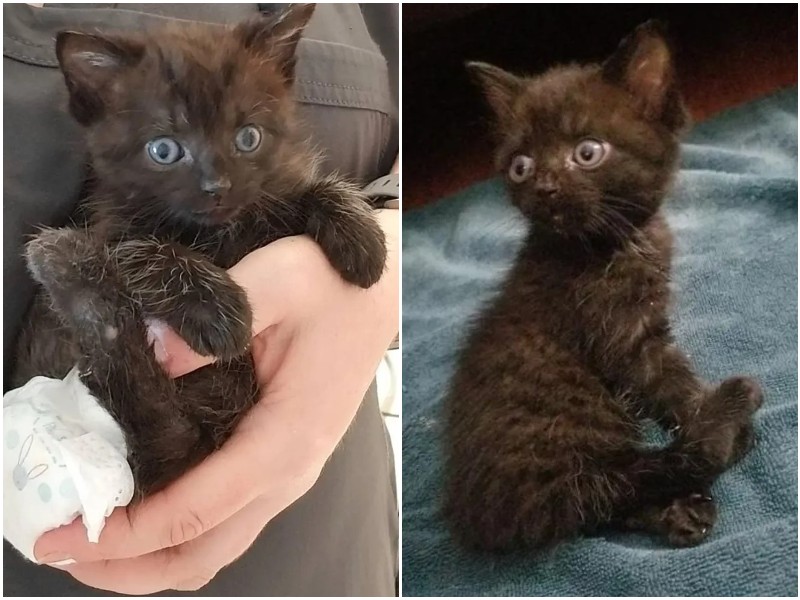 A small black kitten with crooked legs was the only survivor among his brothers. Despite the ailments, he remained strong and did not stop calling for help. 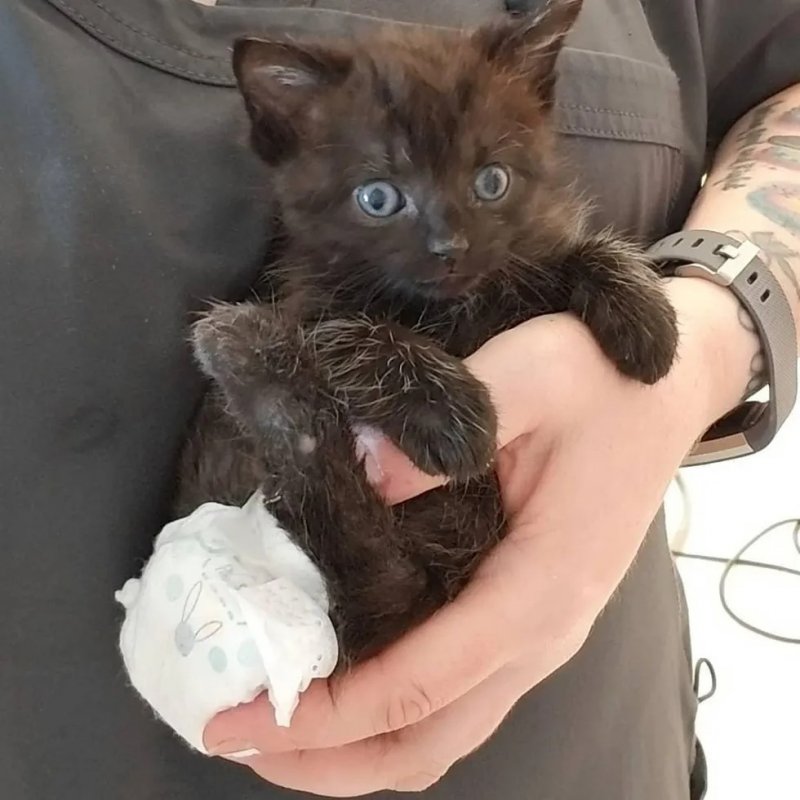 This baby was the only survivor of several kittens that were found on the street in Virginia, USA. Despite the sad conditions in which the kitten was, he turned out to be a real fighter. He did not have anyone around, but he fought for his life and tried to get out.

People heard the squeak of the baby, and immediately found him, and then took him to the Chris Griffey Memorial shelter. Specialists determined that the kitten was special – they found birth defects and crooked paws, but despite this, he was full of the will to live. 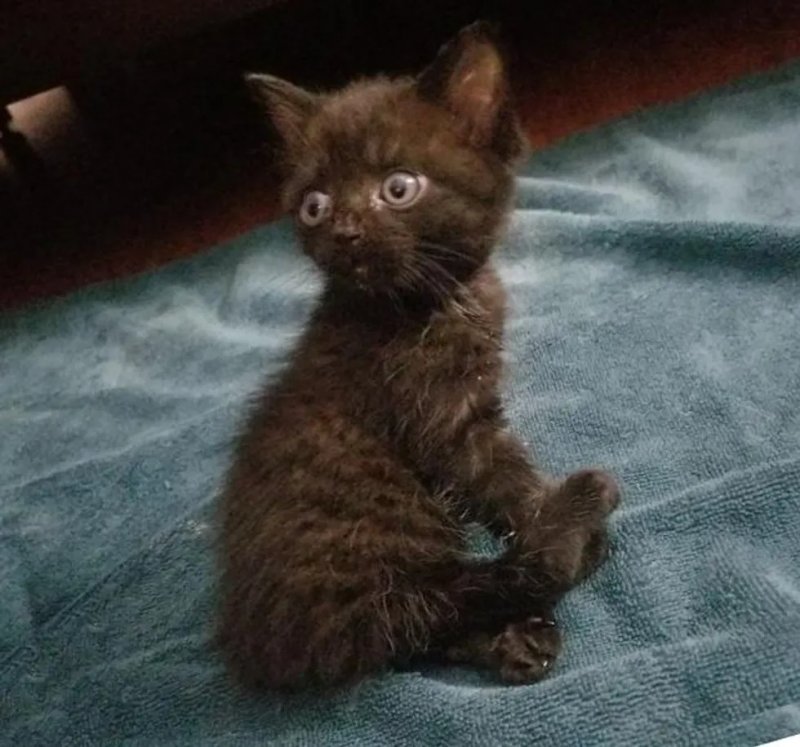 The kitten was named Mickey and began the path to recovery. Due to ailments, he will always have to wear a special diaper, because he cannot go to the toilet by himself. That was the only problem – otherwise, Mickey was active and curious from day one. 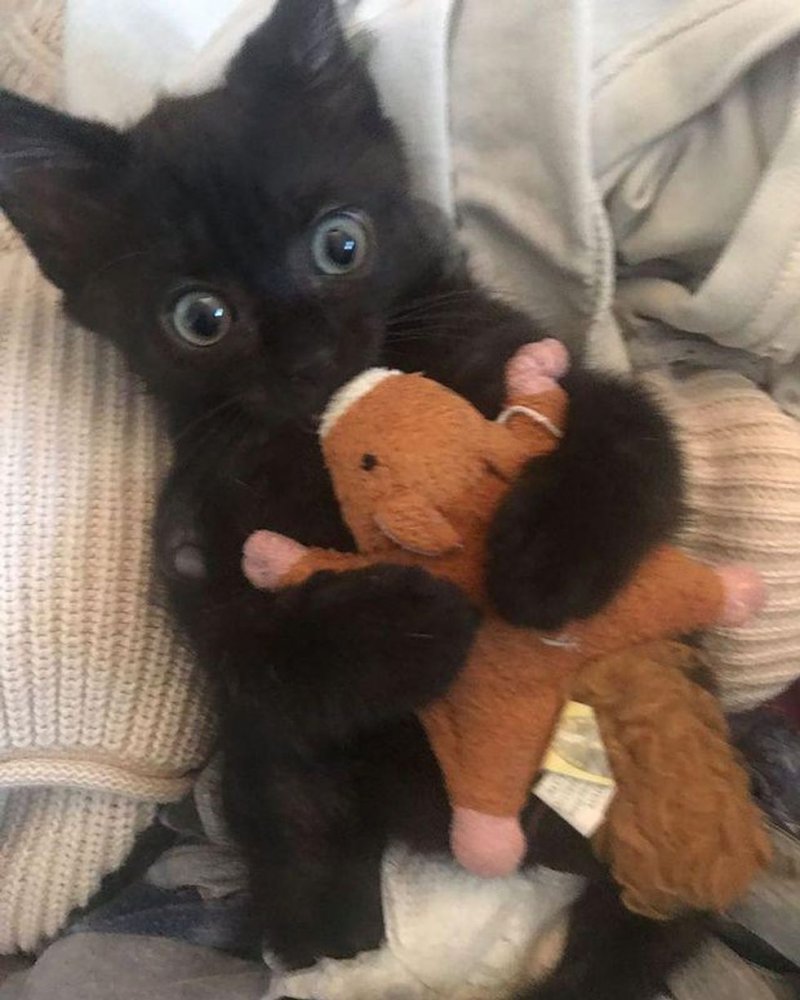 When Mickey grew up, they began to look for owners for him – and a woman named Tara immediately fell in love with a kitten. She lived in Canada, and for the kitten, she needed to pay for the road – but this did not stop her. Mickey was sent on a plane, and he successfully covered the distance – and ended up in loving hands! 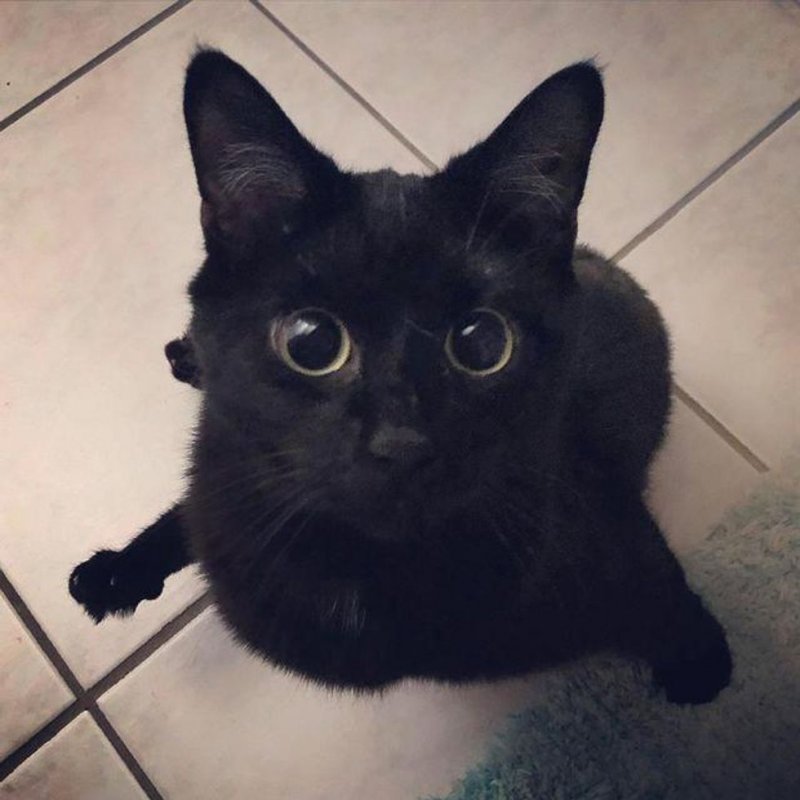 Mickey quickly settled into his new home. There live a dog and a cat with whom he immediately found a common language and became friends. Tara takes care of him sensitively and tells that Mickey has a wonderful character. He is very playful, active, and grateful to the owner. 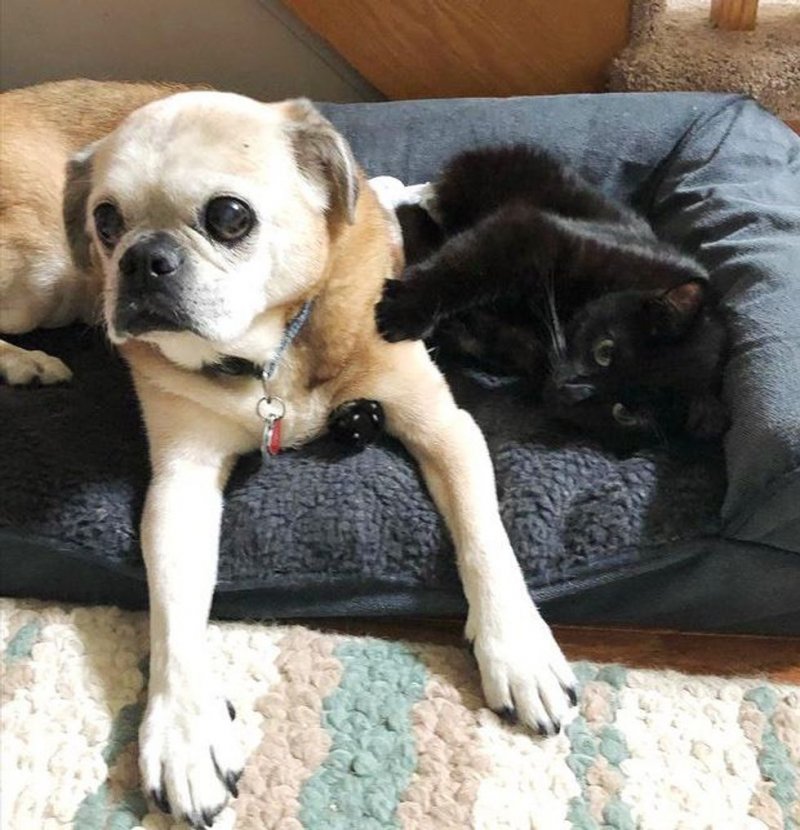 “Mickey just can’t sit around doing nothing – he always finds some kind of adventure. But at the same time, he loves affection and constantly asks me to pet him. He is like a son to me,” says Tara. 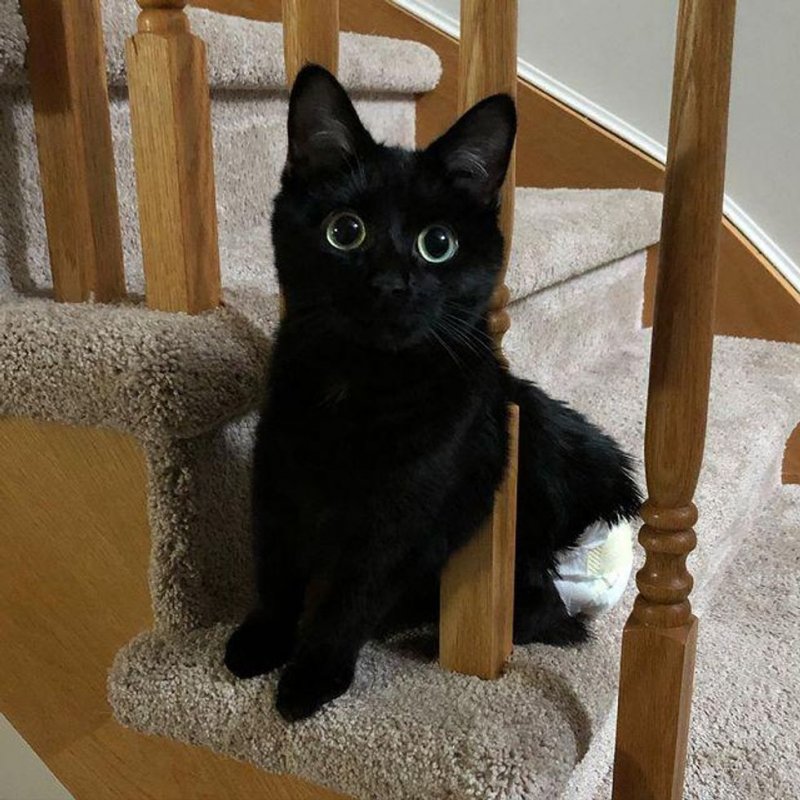 Thanks to the kind people who saved this miracle! 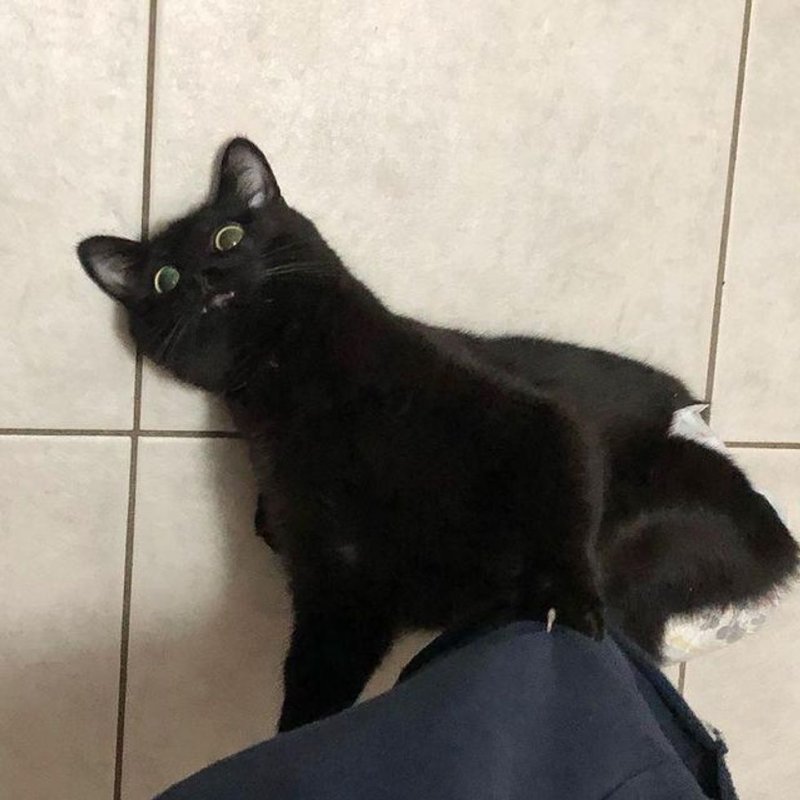 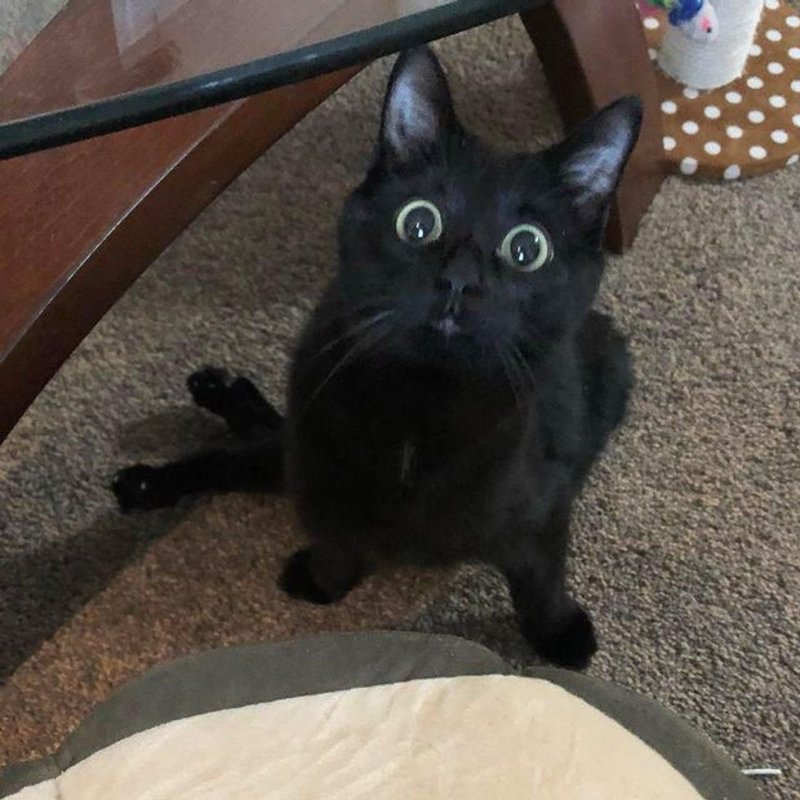