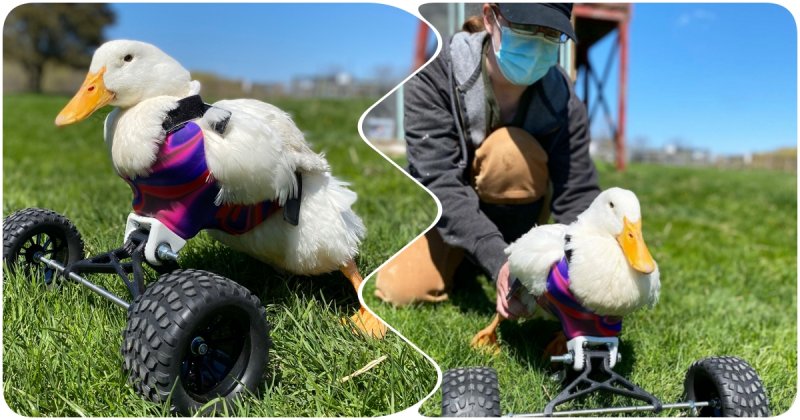 Woodstock Farm Sanctuary is a non-profit organization based in High Falls, New York, USA. The staff helps a variety of animals in difficult situations. It has 132,000 followers on its Instagram. 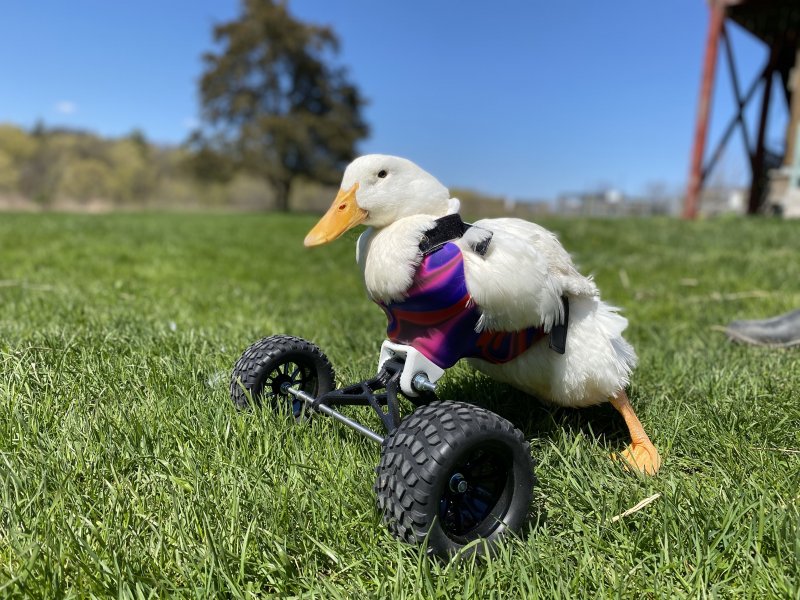 After the encounter with the predator, the duck was paralyzed. The poor thing could no longer move around on its own, but it wanted to. When the brave little bird came to the center, the staff began to look for a way to help the poor thing get back to normal life as much as possible. 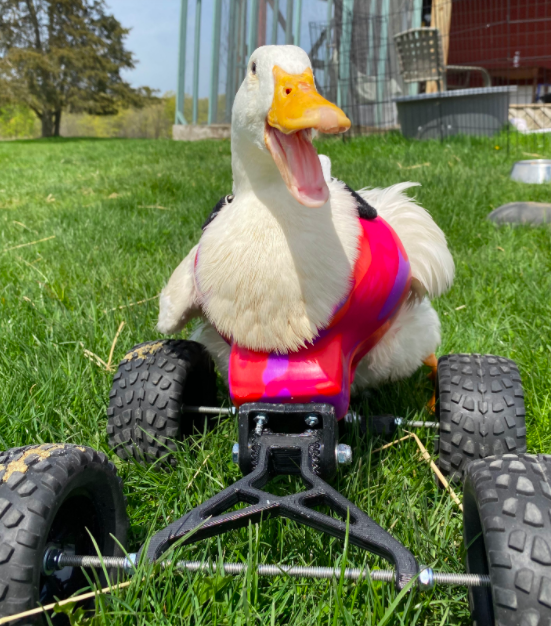 Kiwi is only 10 months old, but in that time it has had time to undergo physical therapy, visit several states, and try on a special walking chair. Now it is re-learning how to walk by controlling an ATV. Reminds you of the character in the movie “Mad Max”? 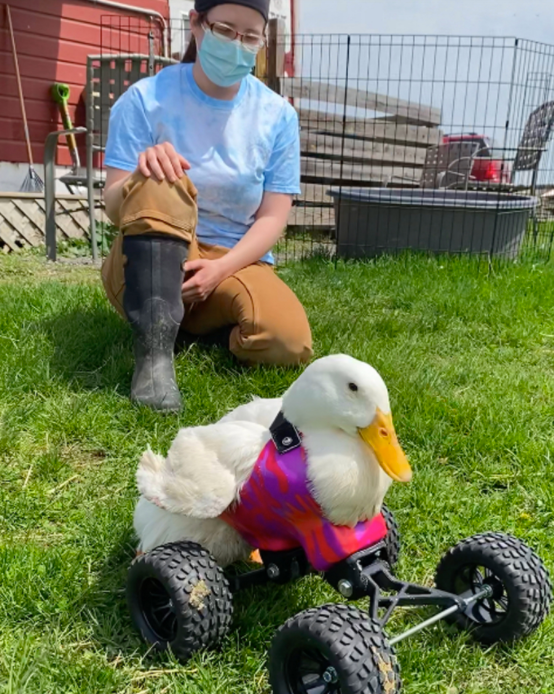 Bionic Pets, a company that specializes in prosthetic pets, created a stroller, especially for Kiwi. Now the duck has two sets of wheels: one for walking outside, the other – in the house. The bird is no longer confined to one area. 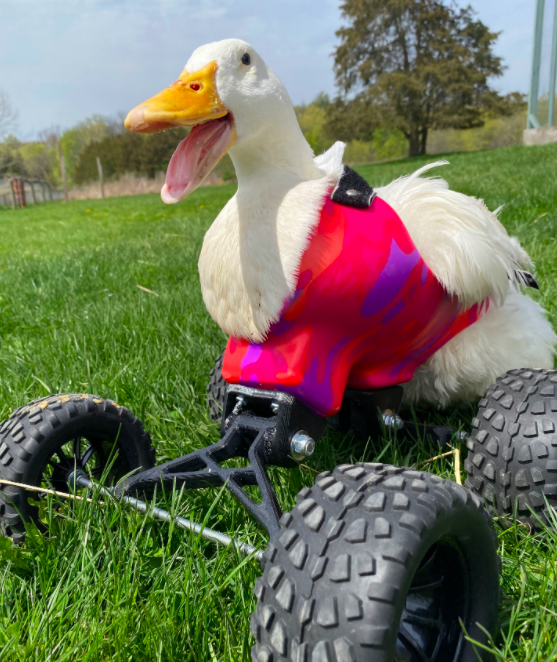 “When Kiwi came to us in 2020, we didn’t know if it would be possible for it to return to normal life. It’s very fond of water, so we put it in there, and it started to move its paws as a matter of habit. That’s when our doctors realized that all was not yet lost. Perhaps someday Kiwi will get stronger and be able to walk on its own, but for now, it’s comfortable on wheels,” said Lizz Truitt, spokeswoman for Woodstock Farm Sanctuar.

The organization was founded in 2004. During that time, its employees have rescued 380 different animals. 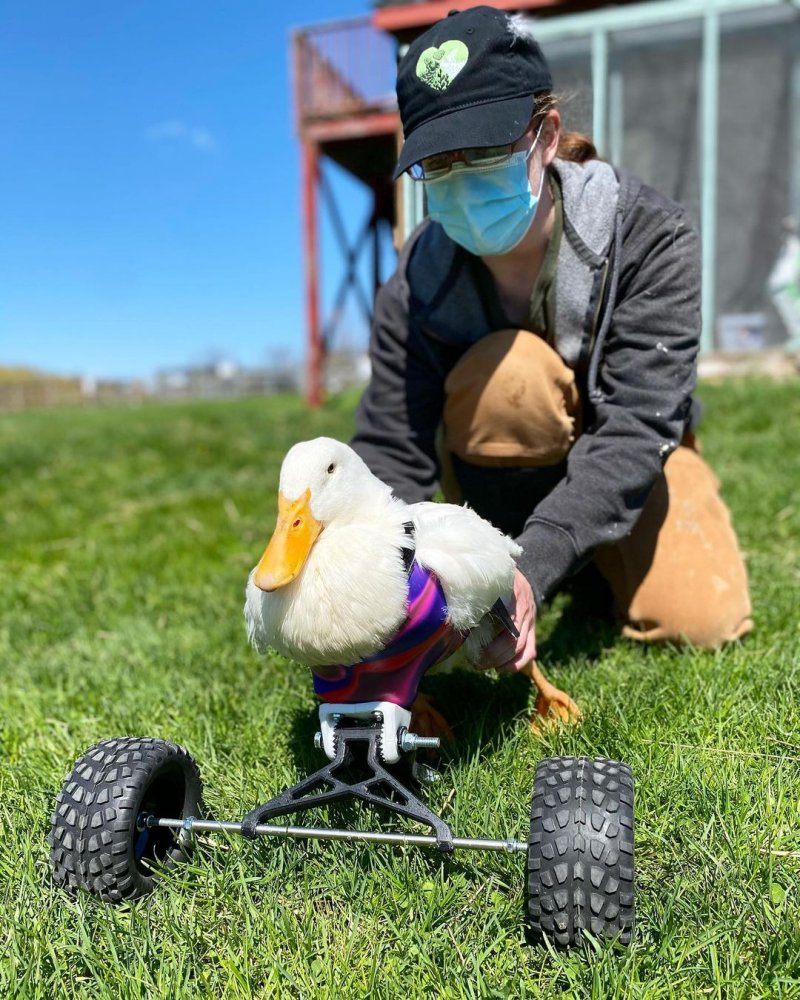 Look at the pretty smile on the duck’s face!