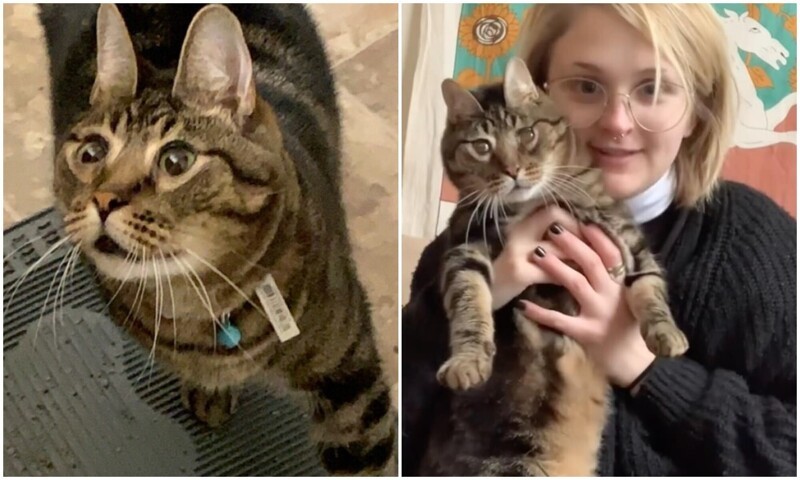 Peanut is a special cat. After his owner died, the unwanted cat was left in a cage on the street. He miraculously fell into the hands of kind people and ended up in a shelter, where, unfortunately, no one paid attention to him.

A cat named Peanut was once left in a cage on the street of a small town in Michigan, USA. His previous owner died, leaving eight cats, among which was this special boy with a deformed muzzle. It is not known how, but in the end, the Peanut ended up on the street, remaining useless to anyone. 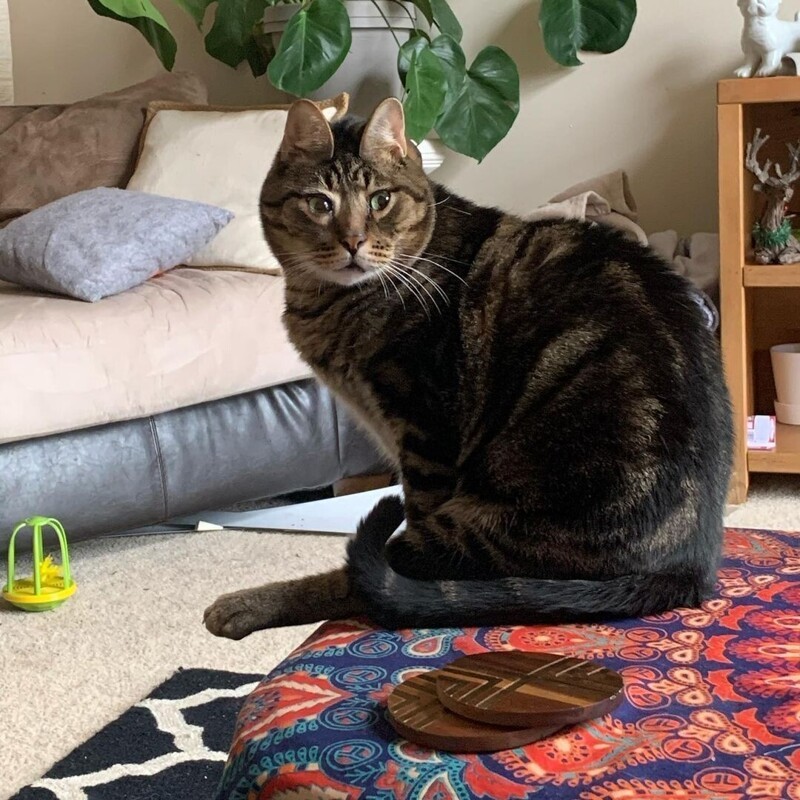 People picked him up and took him to a local shelter, where Peanut was taken care of. This 8-year-old cat is special. He is partially blind and deaf due to developmental peculiarities, but otherwise, he is healthy. They could not find owners for Peanut in any way – no one wanted to take him away from the shelter, until one day a girl went there. 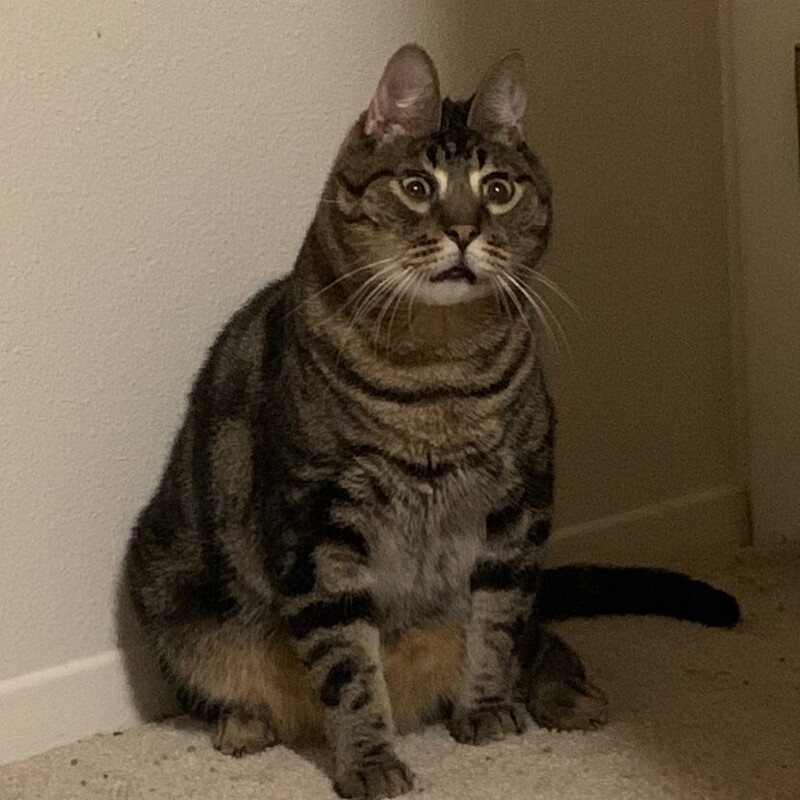 Seeing that Peanut is the last cat left in the shelter, the heart of a girl named Sydney could not stand it. She decided she couldn’t leave him and took him with her. So Peanut became part of her family! “All my childhood I dreamed of taking a cat with special needs to help and give him the life he deserves. And Peanut was the last one who hadn’t been sheltered yet, and I couldn’t leave him,” says Sydney. 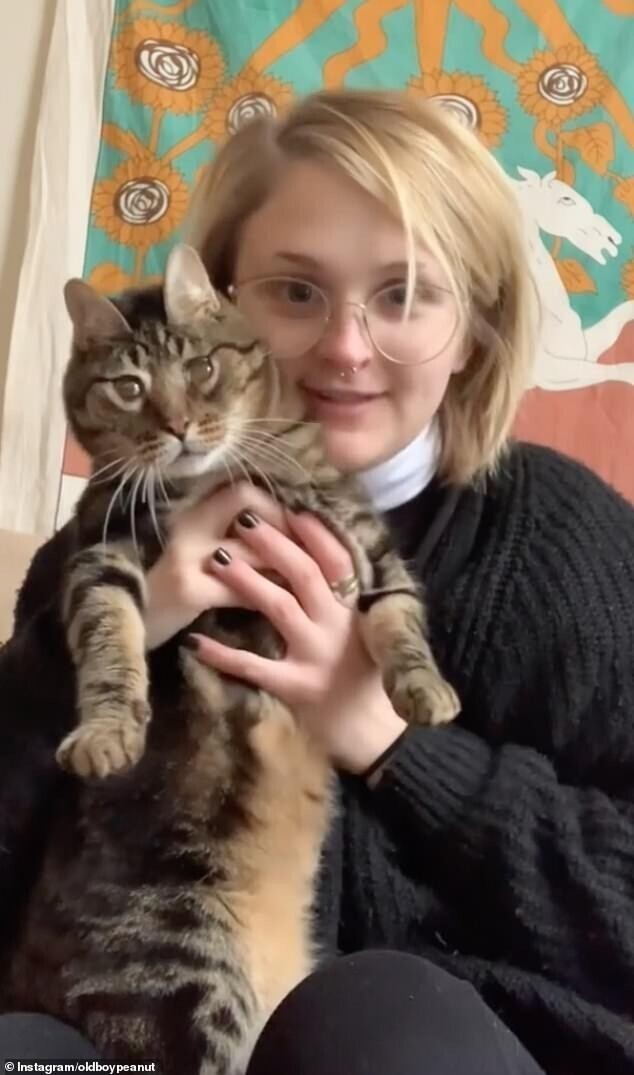 The developmental defect does not affect the daily life of Peanut in any way – he is a very cute, well-mannered, affectionate cat. He adapted perfectly to his new environment, and even made friends with the owner’s cat Apollo, although at first, these guys did not get along very well. 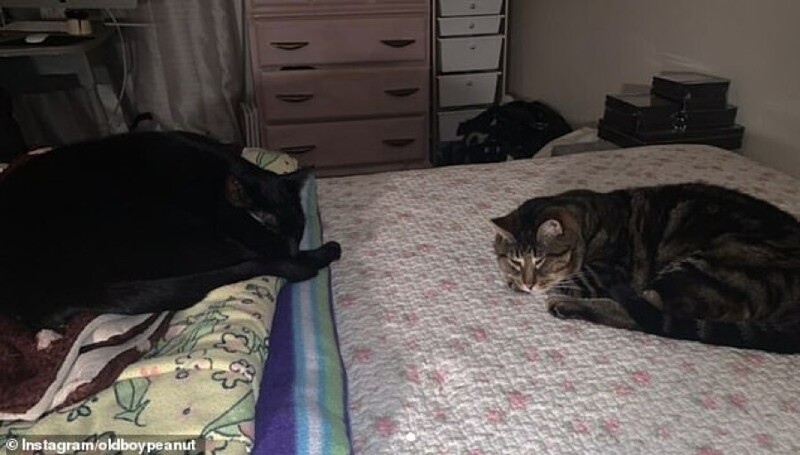 Now the owner maintains accounts on Instagram and Tiktok, where she publishes photos and videos from the life of Peanut. The cat has already accumulated a decent number of followers who do not cease to be touched by this special handsome cat! 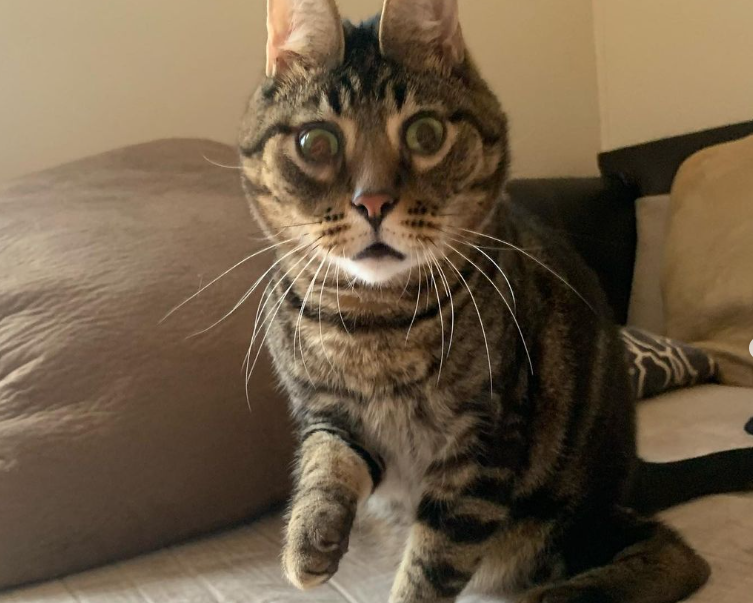