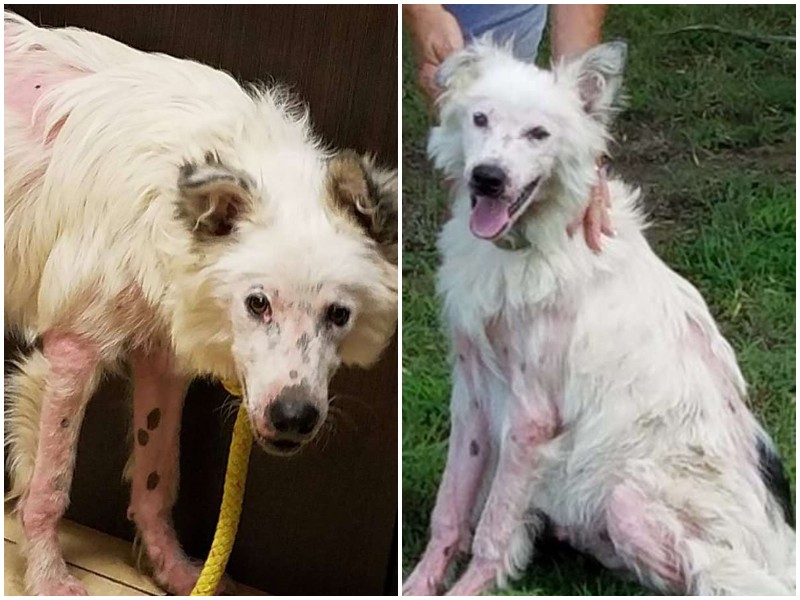 This shabby, battered and sad poor fellow was spotted in the street looking for scraps. The dog suffered from a skin disease and sunburns that caused the dog pain every time it moved…

This shabby, battered dog was found on the streets of the town of Claremore in the United States. The poor creature suffered from skin disease and sunburns – so severe that every touch was painful for it. Kind people picked it up and took it to a shelter. 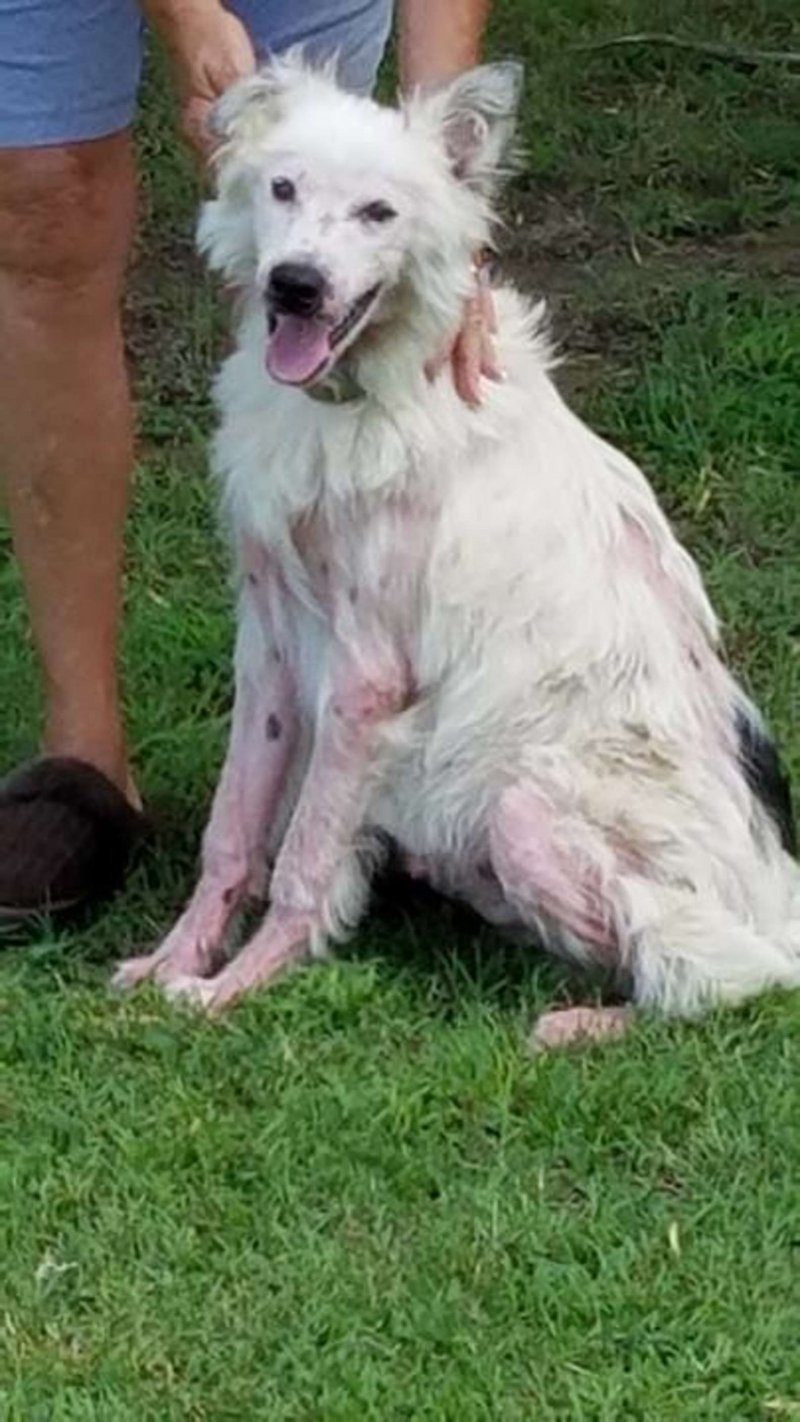 The shelter determined that the dog, named Kong, was about four years old and a Border Collie. The boy was later taken to Border Collie Rescue & Rehab for further treatment. 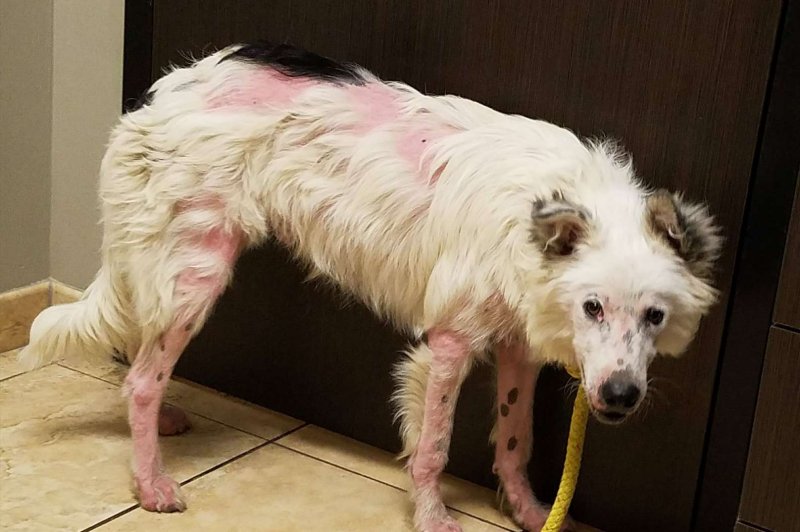 At the rescue centre, Kong’s health has been restored. The dog gained weight, its fur grew back and its skin recovered. After treatment the dog was ready to find a new family. Then a guy called Curtis Hartsell accidentally spotted it on the website. 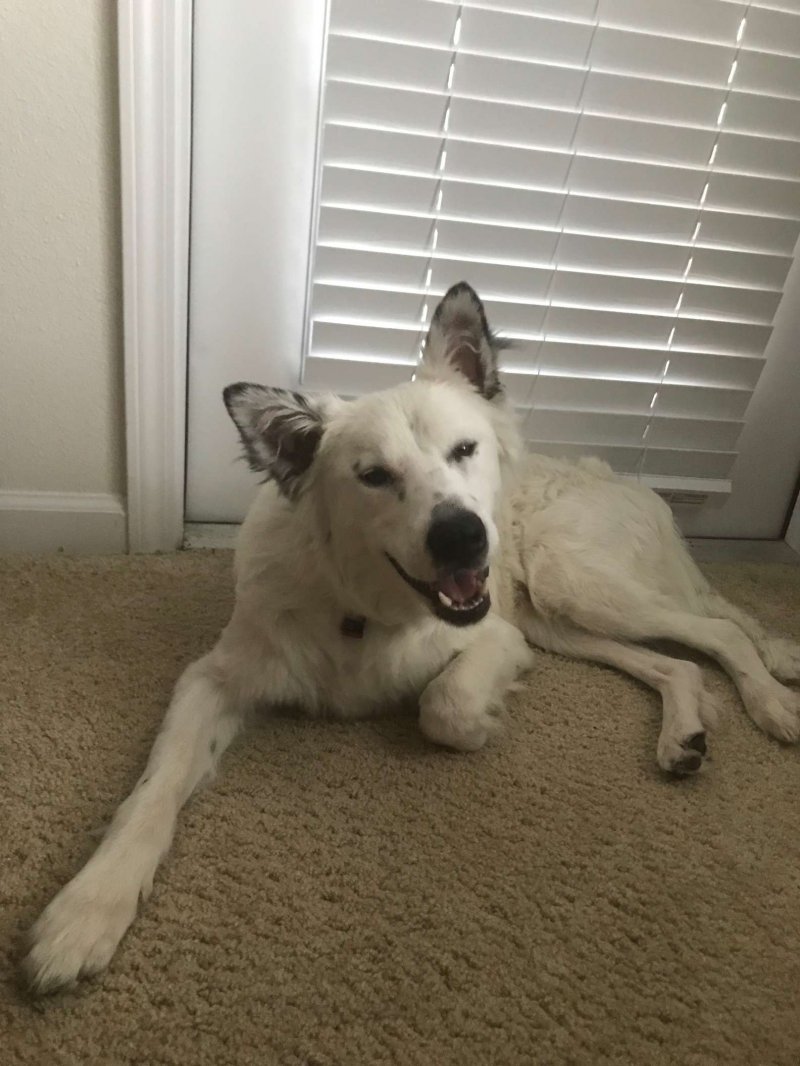 When Curtis saw the dog, he immediately spotted it and decided it was the pet he was looking for. After a couple of interviews, Curtis was confirmed and Kong went to its new home. Its owner also gave it a new nickname, Zib, after the astronaut dog. 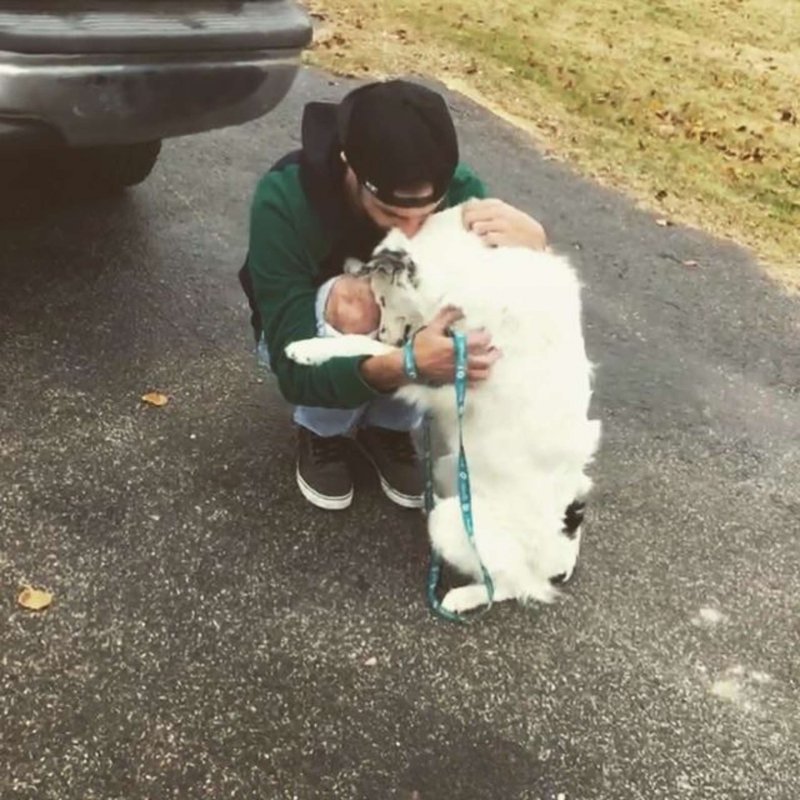 Already at the first meeting of the two, it was clear – it was love. When the boy approached Zib and started petting it, Zib reached out and hugged him. Since then, they are also inseparable and very fond of each other. 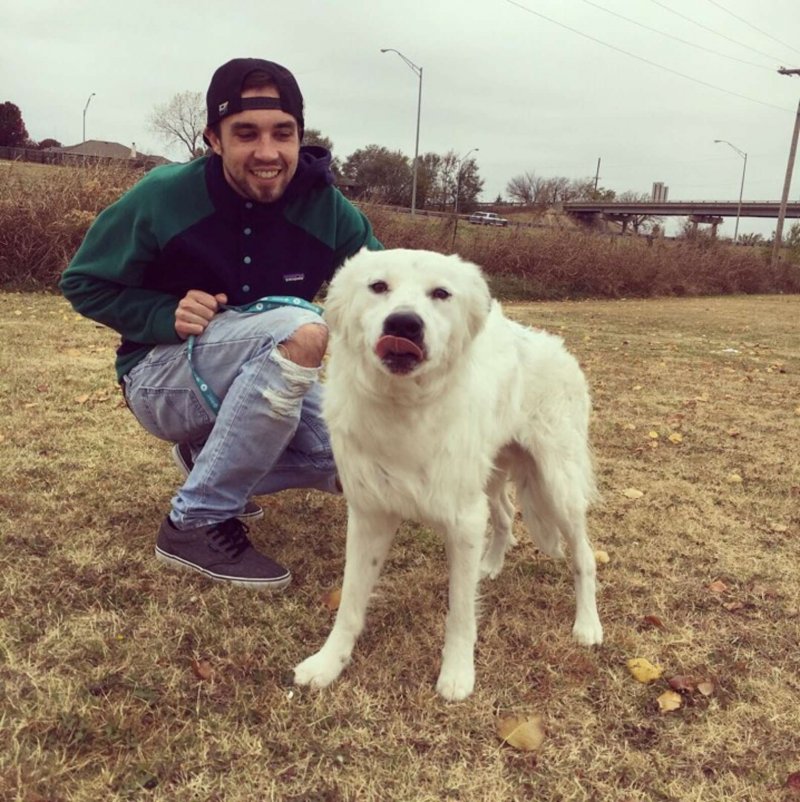 Zib is truly happy with its loving owner, to whom it is extremely grateful for its new life. Curtis himself is happy that Zib has come into his life and brightened it up: “I can’t even say who saved who because we showed up in each other’s lives just in time. I love my new four-legged friend very much,” says the lad. 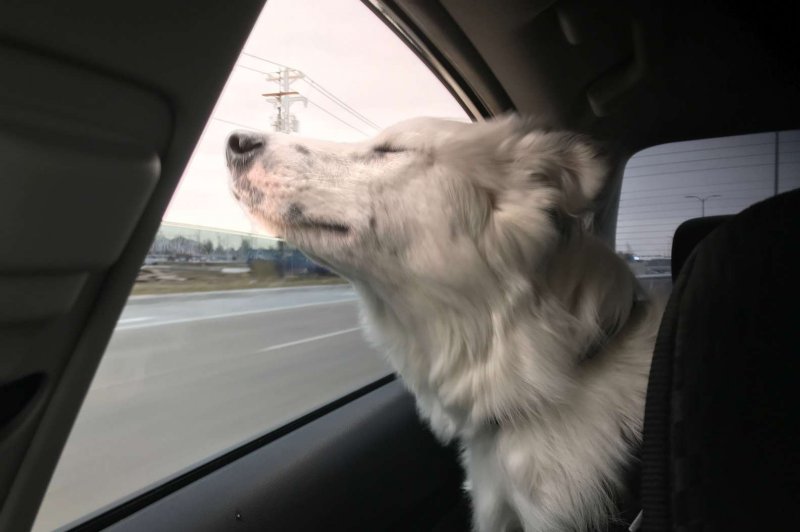 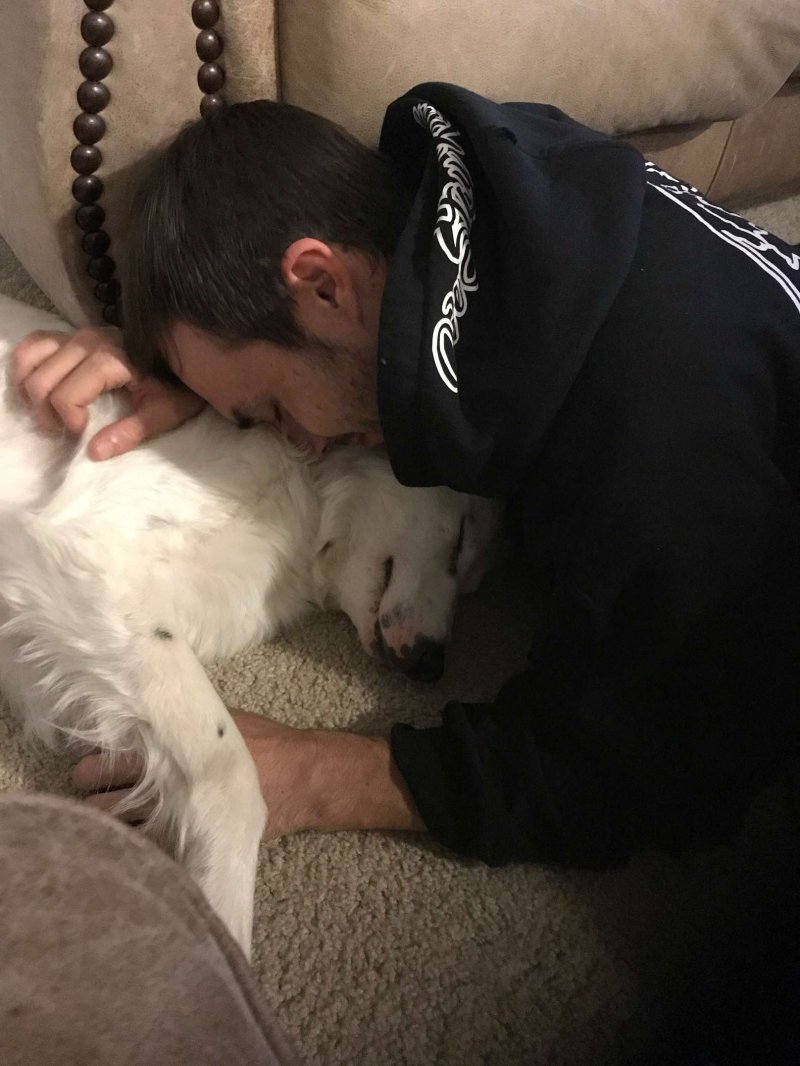