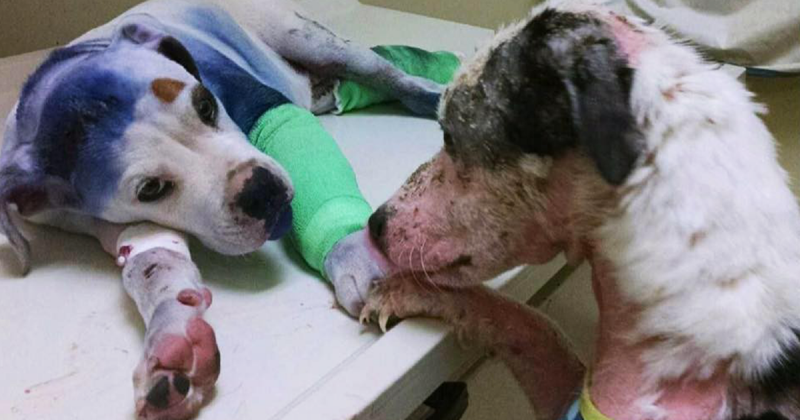 Simon, a Border Collie dog, who was rescued by representatives of the New York Society for Homeless Animals Rescue Dogs Rock, has not yet fully recovered from the wounds he received earlier. But he immediately came to the aid of four-month-old Boxer Sammy, who was literally returned from the other world. 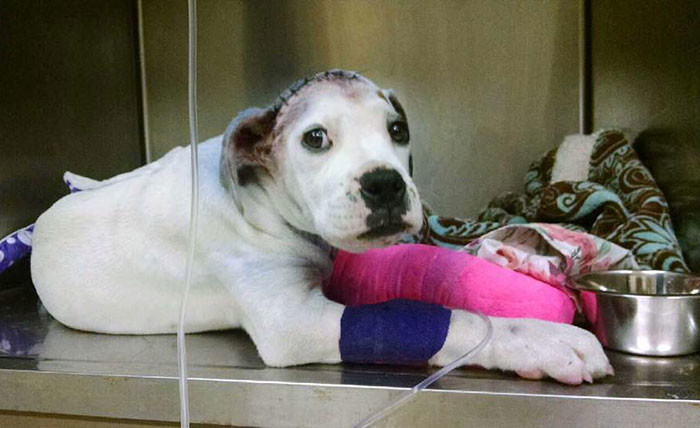 “The empathy that animals are capable of towards their relatives is beyond me,” says Jackie O’Sullivan, co-founder of Rescue Dogs Rock. To put it mildly, the doctors pulled Sammy out of hell. She has experienced all human cruelty. She was spray-painted, shot in the head, dragged behind a car.

Simon doesn’t leave Sammy’s side for a minute. He doesn’t have long to fully recover, which is not the case with Sammy. 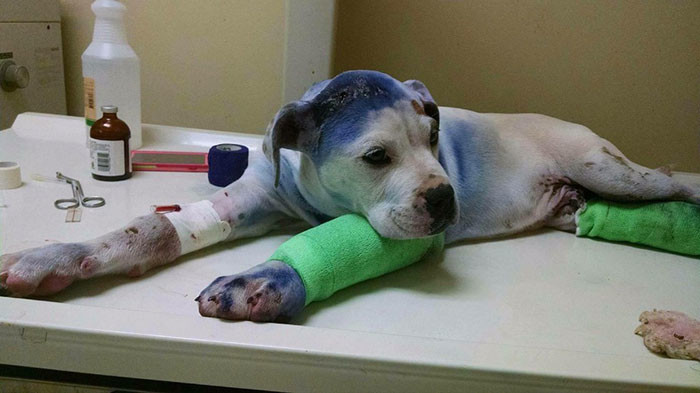 According to O’Sullivan, apparently, Sammy will need more than one operation and physiotherapy. He will also need psychotherapy. Sammy’s puppy age has passed without all the joys that other puppies get and it needs to be fixed. 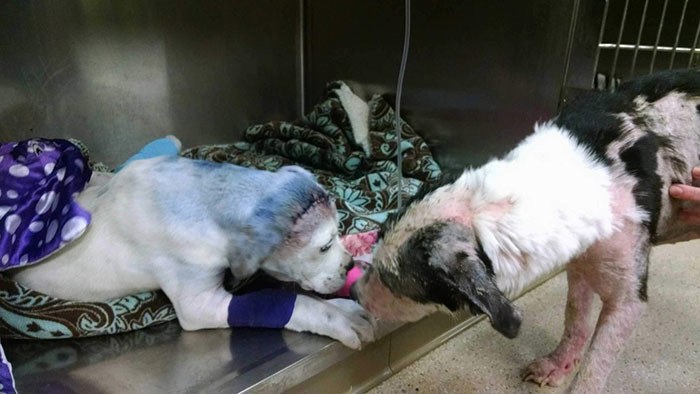 Despite the fact that it takes a lot of time for the puppy to fully recover, he is already in good hands, and nothing threatens him.