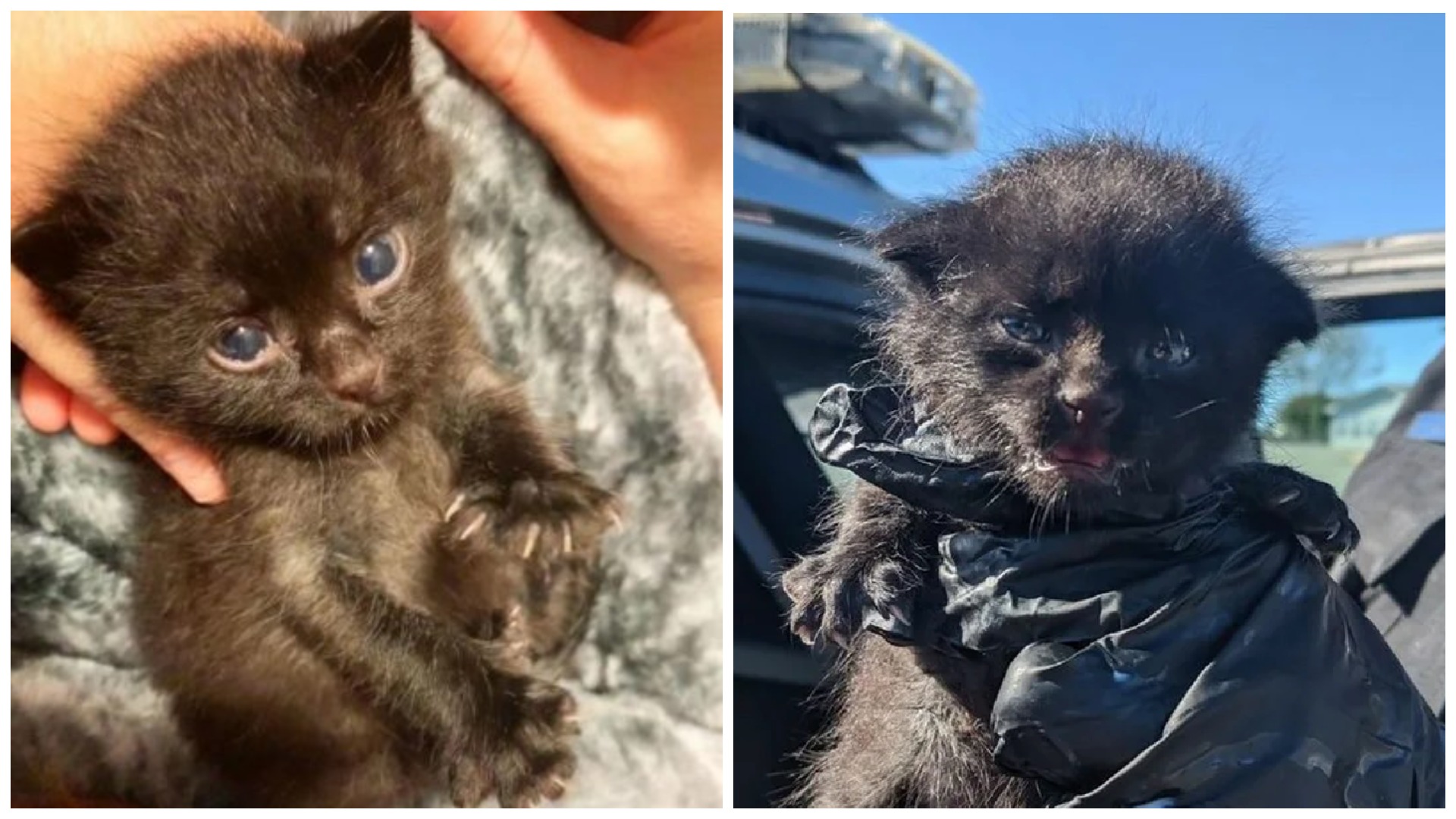 A North Carolina man was returning home after a hard work shift. The man worked in the ER and it was his job to save people, but on this day he had something unusual to do – save the life of a small kitten. In the grass by the roadside, the man spotted a kitten that was just heading for the road. The kitten was so small that it could not walk yet, but it was already crawling quite well. Realizing that the kitten was not aware of the danger and was not going to stop at the road, the man stopped and put the baby in his car. 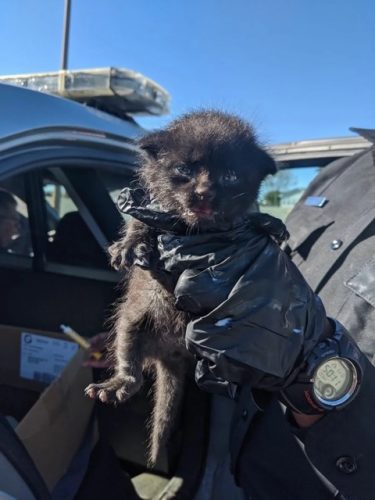 The man brought the kitten to his wife’s place of work, who was an animal rights activist. The baby was immediately fed and warmed at the shelter. While one volunteer took care of the kitten, the other went to the place where it was found to find its mother or other babies, but there was no one else at the place. 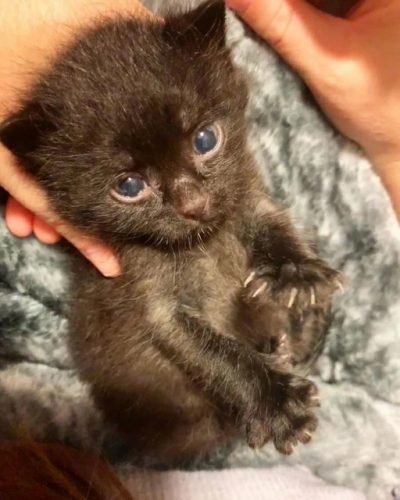 Sar Kelly, one of the volunteers, decided to take care of the kitten, because she had experience nursing such babies. The kitten was so small that it took a lot of time and effort to take care of it: special food, proper regimen, a certain air temperature. Kelly had to watch the baby not only during the day, but also at night. The woman named her ward Bear Grylls, but most of the time she just called it Bear. 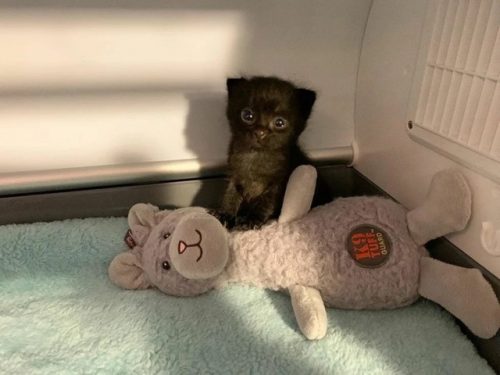 The kitten turned out to be a big eater. While eating it purrs and growls so loudly that it seems that such a baby is simply not capable of making such loud noises. The cat has a great appetite, it seems that it can eat a lot more than its own weight. Kelly and Bear quickly became best friends, the kitten is very reluctant to let the woman go to work, and meets her with great joy. Recently the baby has a favorite toy, thus Kelly tried to brighten up the minutes of their separation for the kitten.