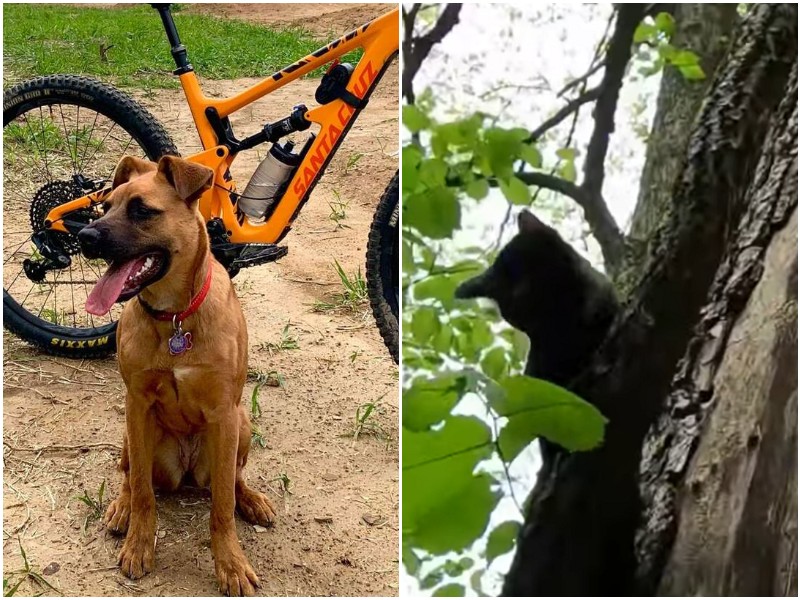 While cycling with his dog through the forest, the owner saw that his dog stopped abruptly. The dog was clearly concerned about something and was peering anxiously into the trees. Only when the owner got up from the bike, he heard a thin audible squeak. There was a tiny kitten sitting on a tree in the forest, begging for help.

Six months ago, American Chris Garrison adopted a puppy called Amaretto from a shelter. Little did he know he would soon save the little one’s life… Chris went for a bike ride in the woods that day and took the dog with him. 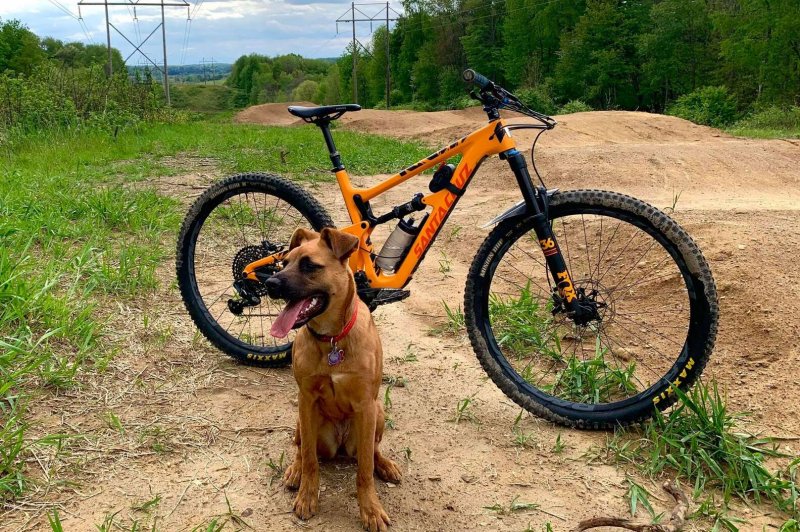 As they drove along the path, the puppy stopped suddenly. Something in the forest caught his attention and he listened warily. Then he led his owner to where he heard the sound. 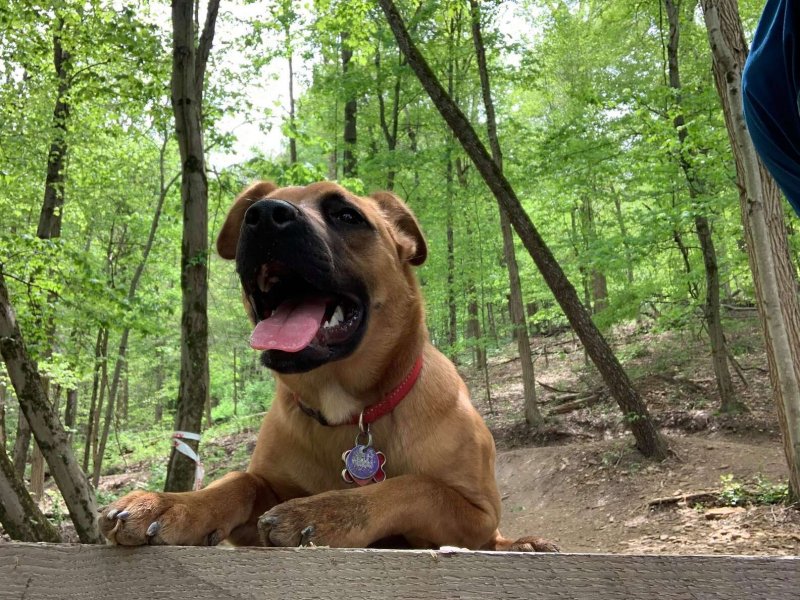 When Chris got up from his bike, he immediately heard a low cat’s squeak and realised that there was a kitten hiding somewhere nearby. He followed the dog and the dog led him to a tree where a little fluffy thing was crying. The frightened kitten sat high up in the tree and did not know what to do. 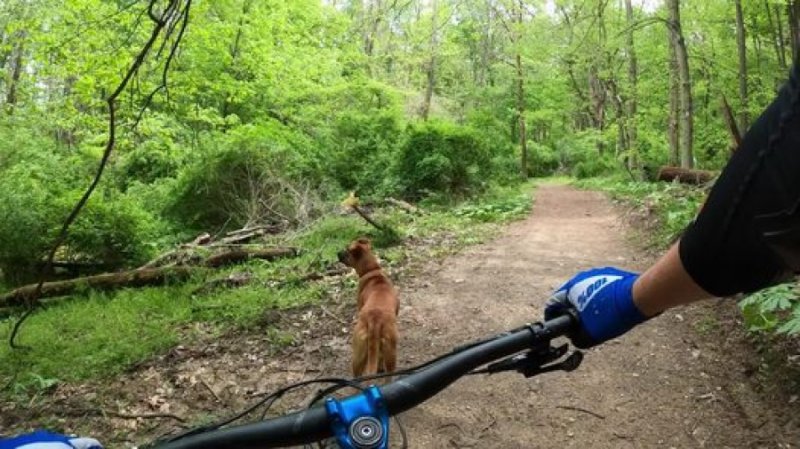 Chris immediately gently took the kitten off the tree. It was a little girl who began to purr in gratitude – as if she knew she had nothing more to fear. Amaretto watched excitedly the whole time, worried about the fluffy one’s condition. 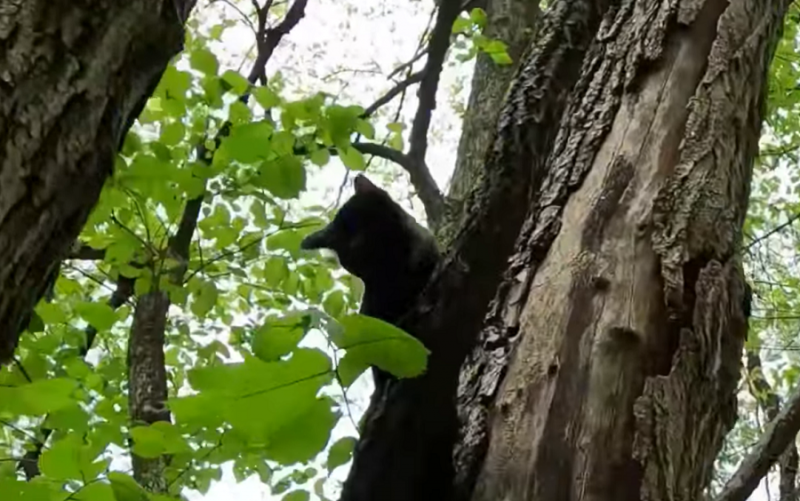 The boy carried the kitty to the car and then handed her over to the local shelter. The baby was very grateful and happy to finally be safe – she purred the whole way while Amaretto watched her curiously from the back seat. 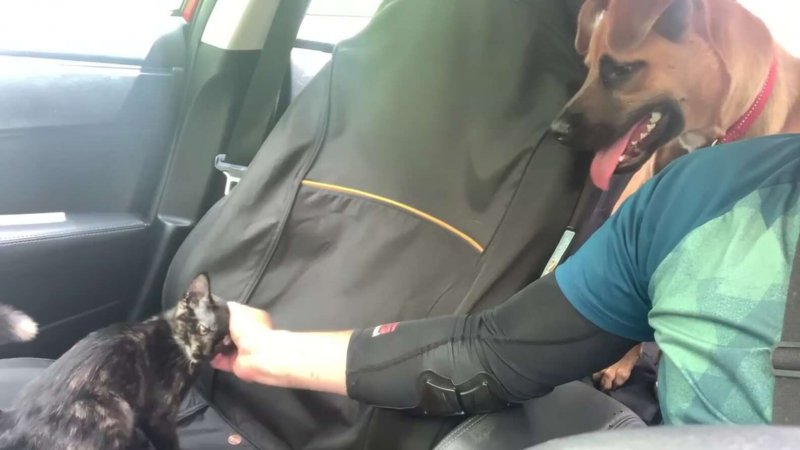 The shelter has given the kitten the name Fuji. She is fully healthy and volunteers will soon be looking for her owners. Thanks to Amaretto and his caring owner, she is now in good hands! 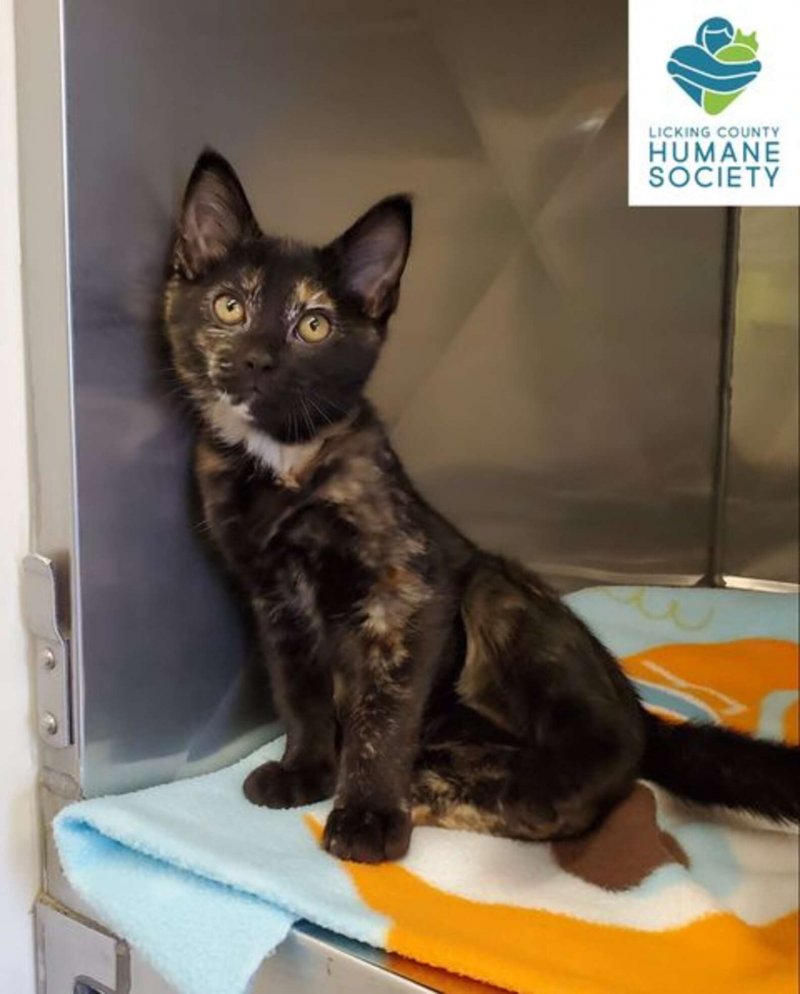