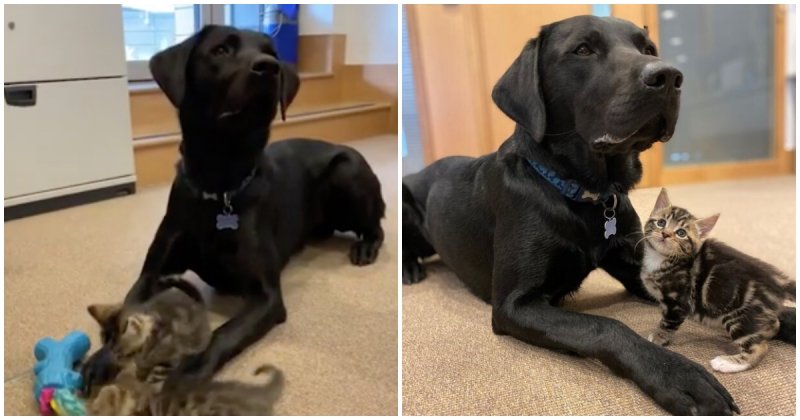 Bertie is a Labrador dog. She is only a year old, but she has already shown her wonderful character to the world.

Bertie became famous on social media after her owners told her story. Bertie used to live at an animal rescue charity in Battersea. Then Rachel, a senior nurse at the town’s veterinary clinic, took the dog into her home.

One day a passer-by brought kittens to the clinic where Rachel worked. He found them on the street. The poor things were small and would not have survived on their own without help. Without their mother, protection and food, they were struggling, and they were only about 2 weeks old, but they had already been orphaned. Rachel took the cubs home to look after them, with Bertie coming to the rescue. As soon as the needy animals came into the house, the dog immediately took custody of them, replacing their mother.

“She was very patient and surrounded the kittens with care and attention. I am proud that my dog is so caring and kind. The kittens, now grown up and stronger, have found their new homes, but Bertie will always remain their foster mummy!” – the owner shared on the internet.