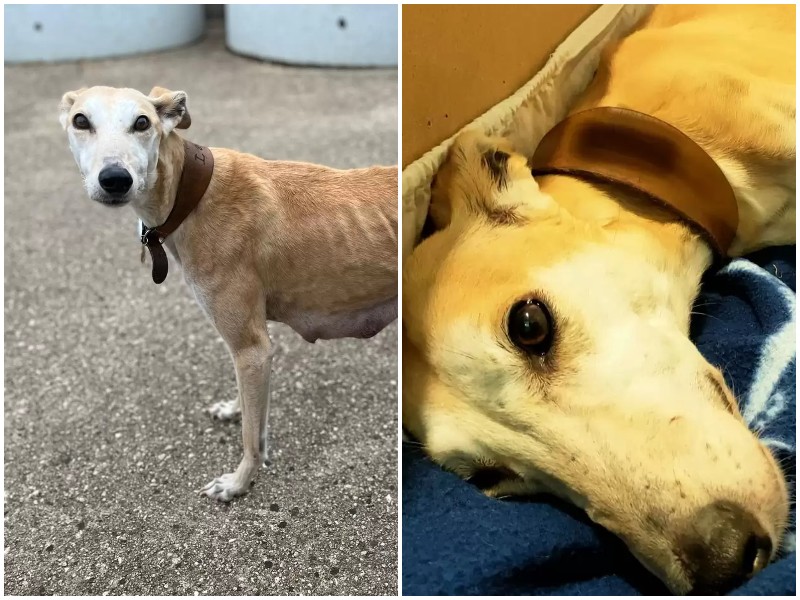 People noticed this skinny dog in the street. It turned out that in a shed nearby it was hiding its most precious possession – its tiny puppies.

This skinny dog was spotted by the people of Cambridge, England. The people immediately saw that the dog was a nursing mother and was apparently looking for food to gain some energy to feed its pups. They followed the dog and it led them to the babies. 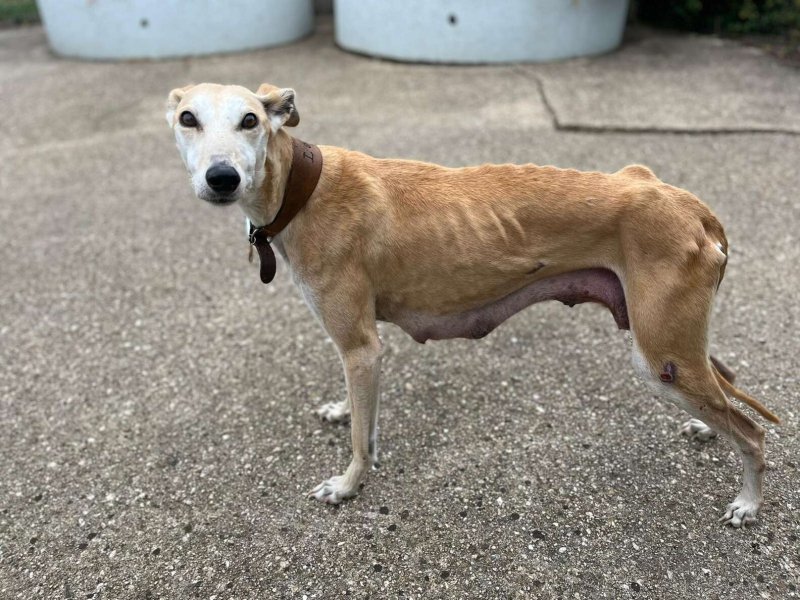 The dog was hiding its eight babies in a small shed nearby where no one was around. Sacrificing its health and well-being, the desperate mother dog did all it could to keep its babies alive. People immediately contacted rescuers from the RSPCA – and luckily, they took mother and puppies with them. 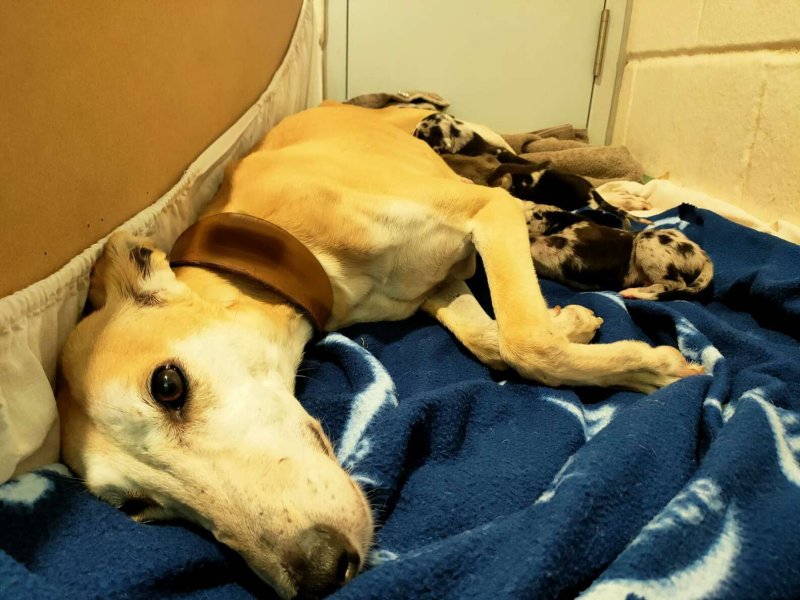 The mother dog was named Lollie. It is not known how this dog ended up on the streets – it had a collar, but there was no information about its owners. The dog was happy and relaxed in the hands of volunteers – it was as if Lollie knew that it was safe here for it and its little ones. 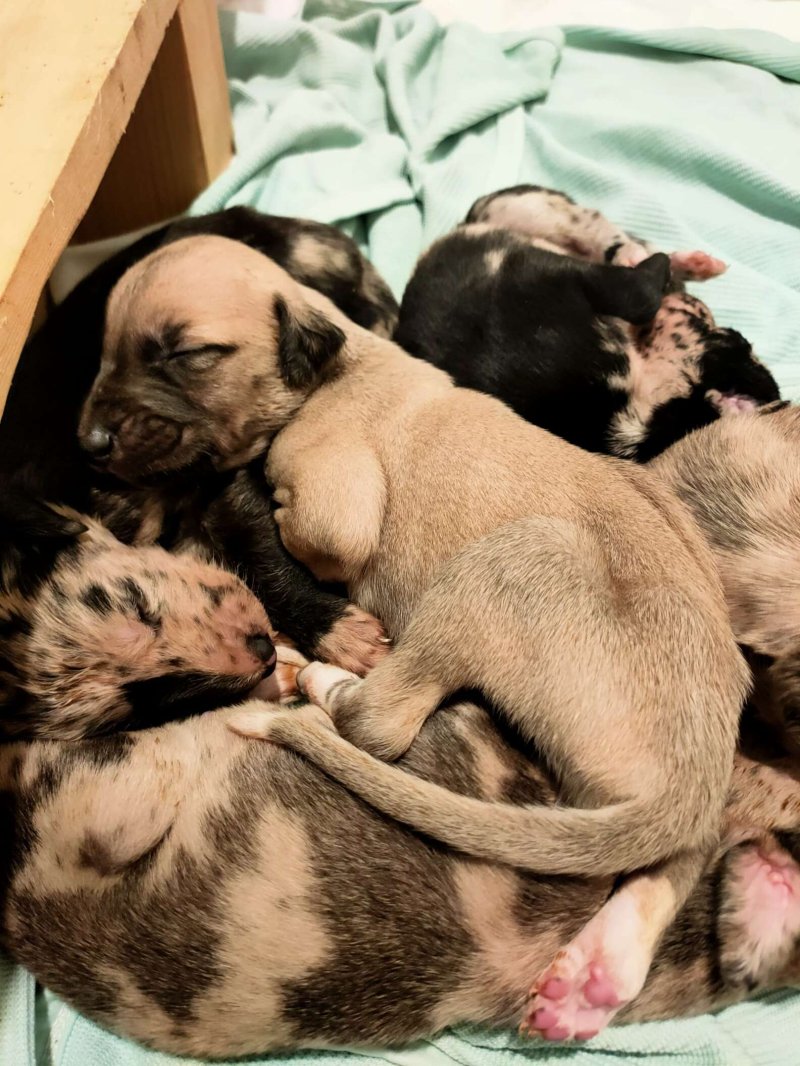 Volunteers were surprised at how the dog managed with so many puppies left outside, but the health of all the babies and the mother was perfectly fine. The only thing the staff are working on is recovering the weight and condition of the mother, who has been through a lot of stress. 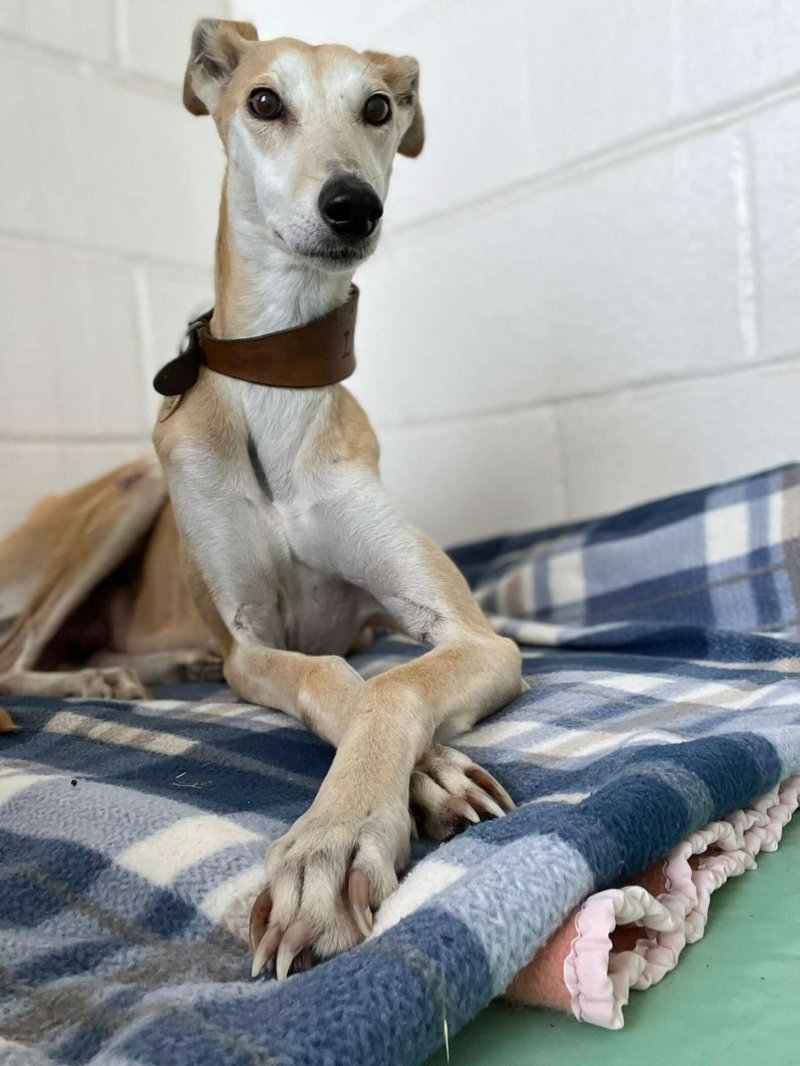 When the puppies are old enough and Lollie has recovered, permanent owners will be found for it and its cubs. Many thanks to the kind people who rescued this family from the streets and didn’t leave them in the lurch! 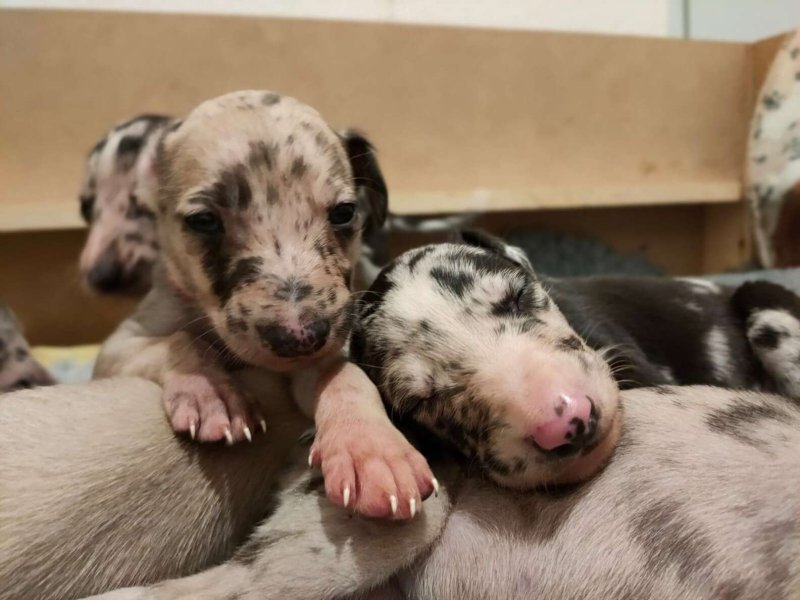