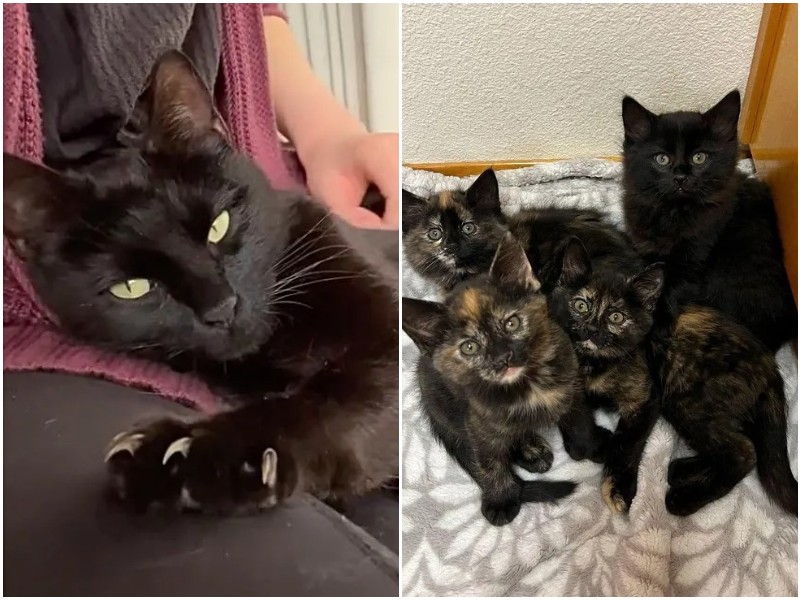 Passers-by noticed how the homeless mother cat could barely take care of her 4 kittens, wandering the streets and picking up scraps. The most important thing for her was to give love and security to her babies.

This feline family was spotted on the streets in Oregon, USA. People decided to help a mother cat who was raising 4 kittens while living on the streets. Despite all the hardships, she gave the babies all her love, and kept them safe. Kind passers-by contacted the Oregon Friends shelter – and the feline family was happily taken in. 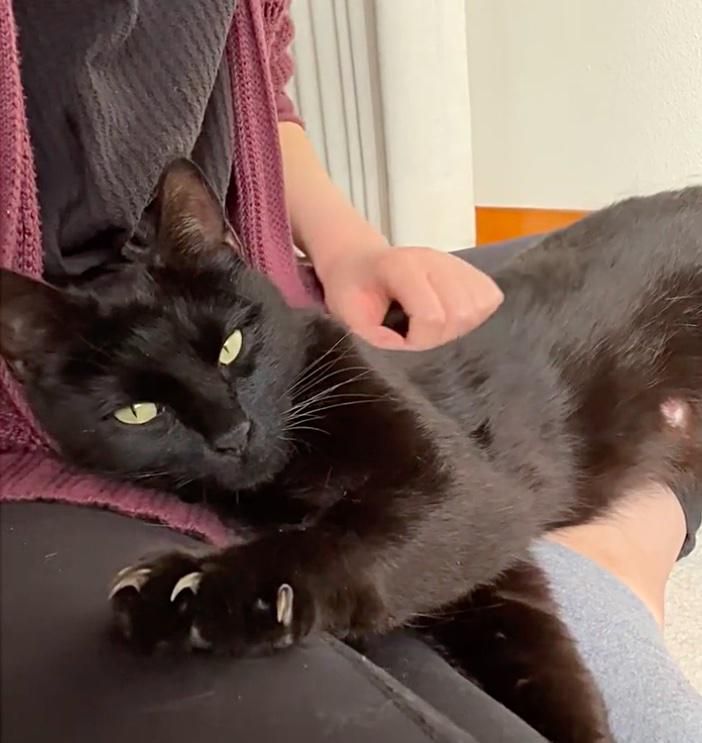 Volunteers immediately found a temporary home for the fluffy cats – they were taken in by a member of staff. The cat was given the name Magnolia. At first, both mother and kittens were afraid of the new surroundings and people – everything was unfamiliar to them. However, they got used to it pretty quickly. 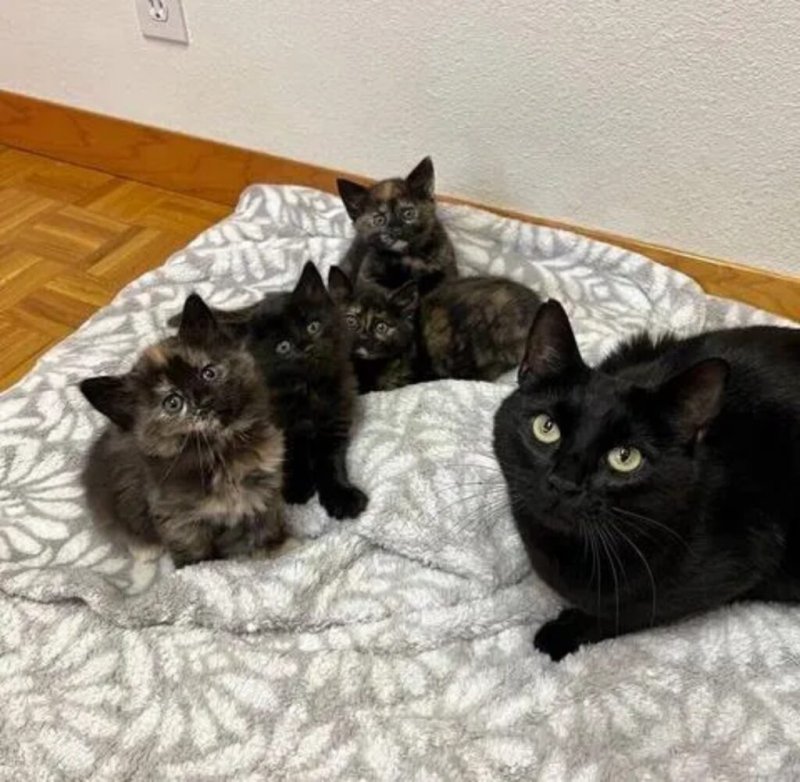 Mama cat visibly relaxed after a couple of days, and so did the kittens. She knew that her babies were safe here – and that was the most important thing to her. Magnolia also began to show her gratitude to her guardian – she constantly rubbed her face against hers, purred loudly, and became very affectionate.

The kittens have started to play and be more active, realising that they no longer need to hide from anyone and look for scraps in the streets. Although they are no longer little, Mummy continues to look after them sensitively. The kittens themselves have proved to be very well-mannered, disciplined and affectionate. 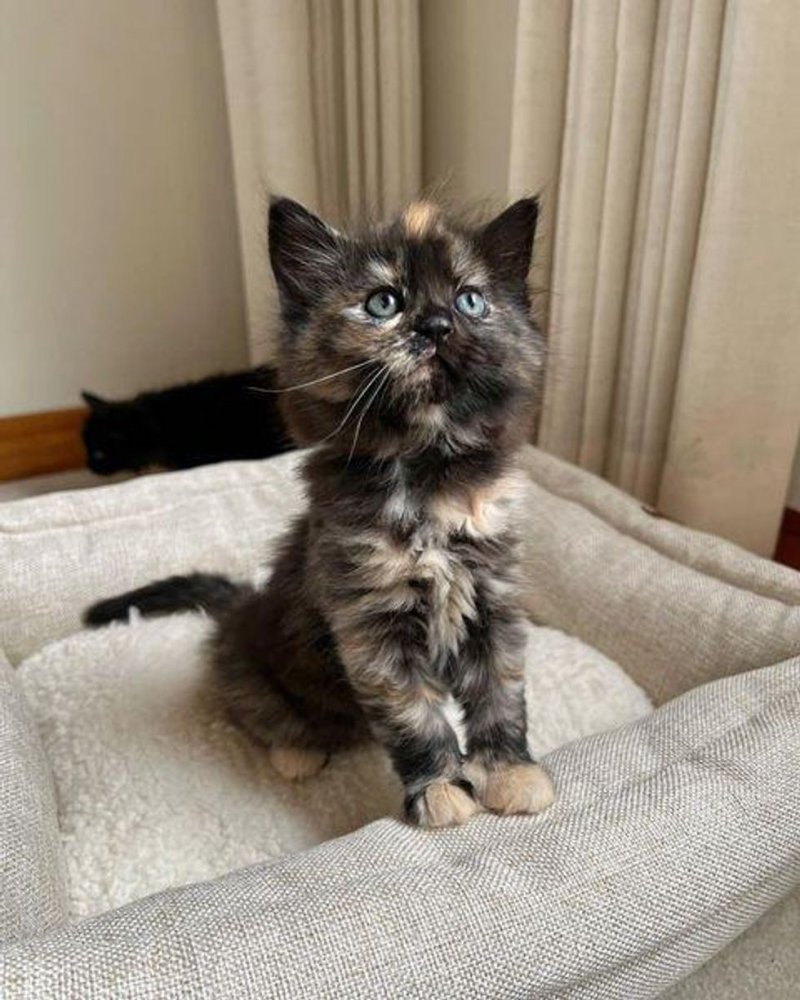 When the kittens have recovered sufficiently, the volunteers started looking for owners for them and their mum. Magnolia was picked up almost immediately – two days later, a family contacted the shelter and volunteered to take her in. Then all of Magnolia’s babies were adopted as well. Thanks to the kind people for saving her!