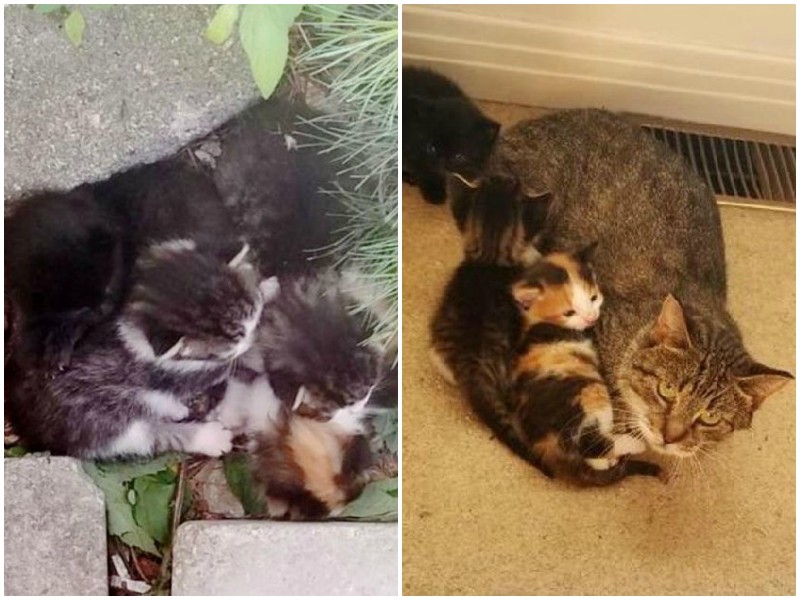 On leaving the house, the woman saw the newborn kittens in a box she had left for stray cats. She knew she had to wait for the mother cat, but it never returned… Until another two months passed. 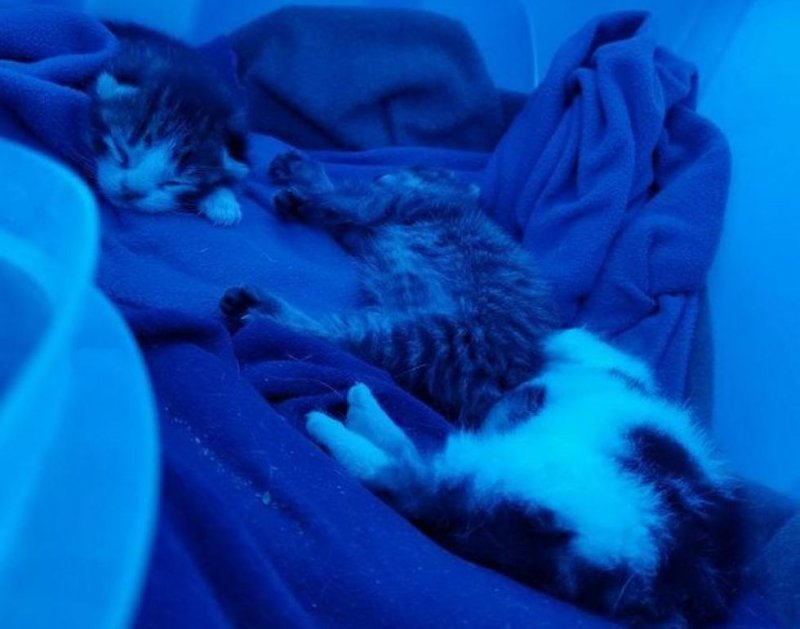 An American woman named Maggie found three abandoned kittens outside her home. She had purposely left a stray cat box on her doorstep to keep them warm in winter and to feed them, but that day she found small, still blind kittens in the box. 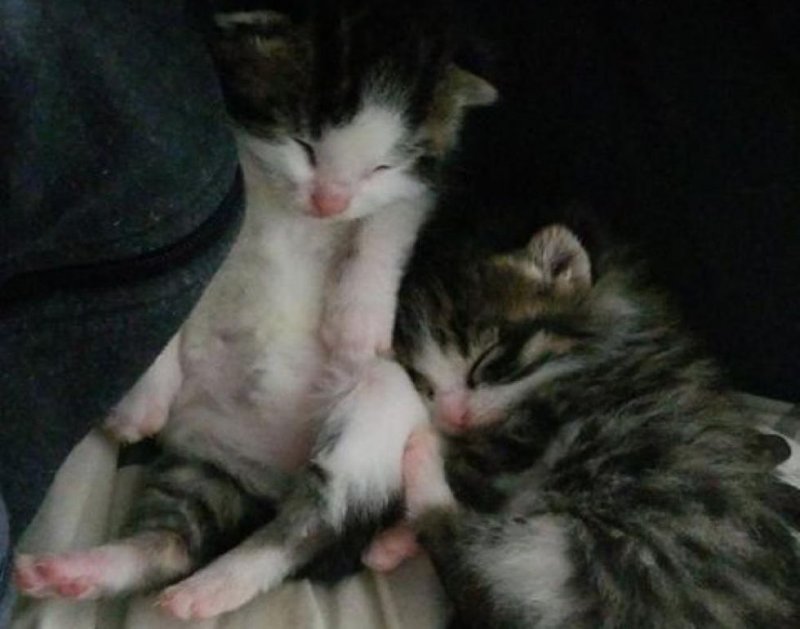 It turned out that the mother cat had left its babies in this box. The woman knew they shouldn’t be touched for a while and decided to wait for their mother, but the mother never returned. So Maggie and her boyfriend took custody of the kittens. 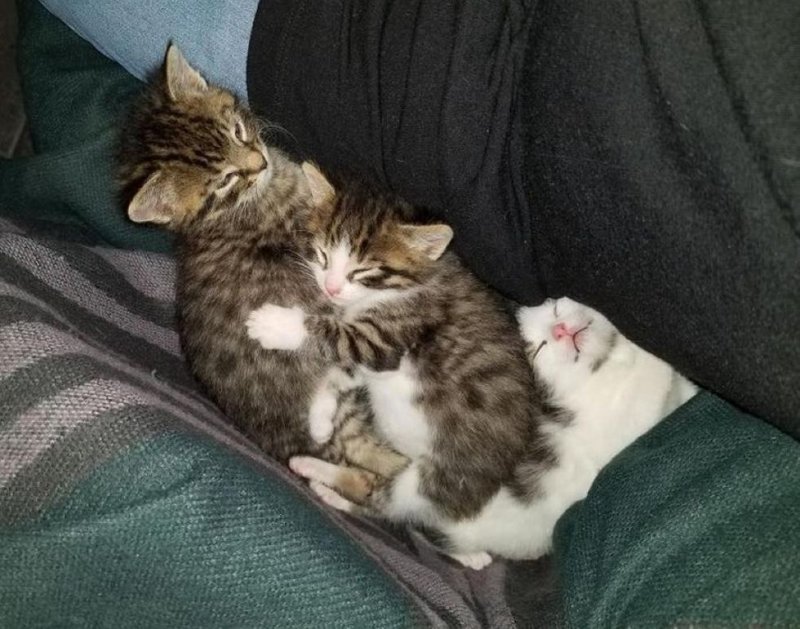 The kittens were bathed, fed and put to bed. They were happy that someone had taken care of them. From then on, the couple fed the babies by the hour from an eyedropper and they grew up adorable and healthy. Soon the three became the cutest, most curious little fluffers. 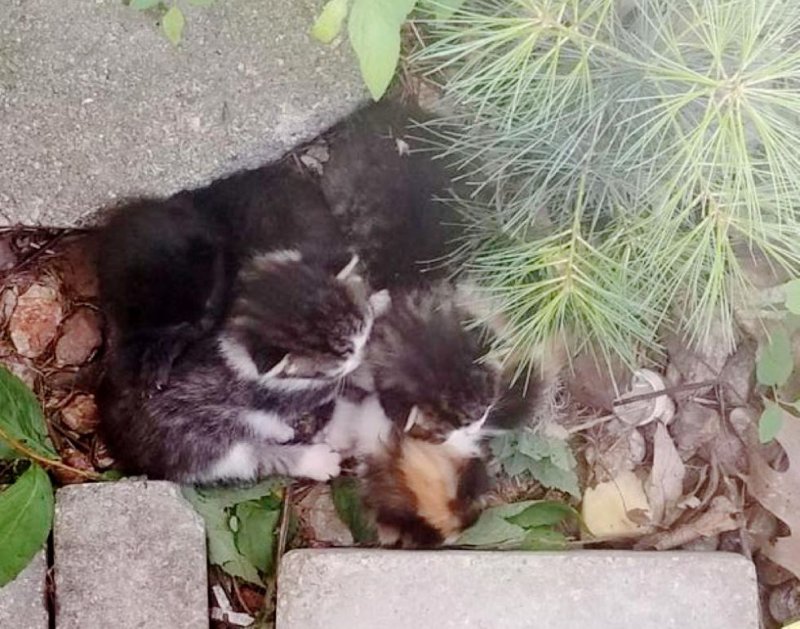 Suddenly, two months after rescuing the kittens, the couple found a new surprise on their doorstep. They were shocked – the same cat had brought four newborn kittens to their door! This time, the people managed to catch the mother cat. 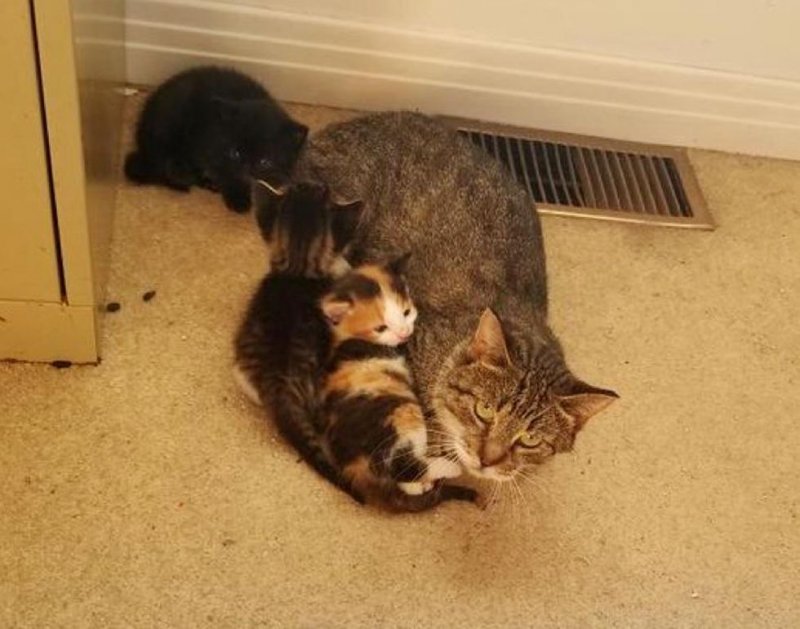 The cat was very skittish, afraid of people and every sound. The couple took care of the whole feline family and put them in a separate room. Although the cat could never get used to people, it was sensitive to its little ones. 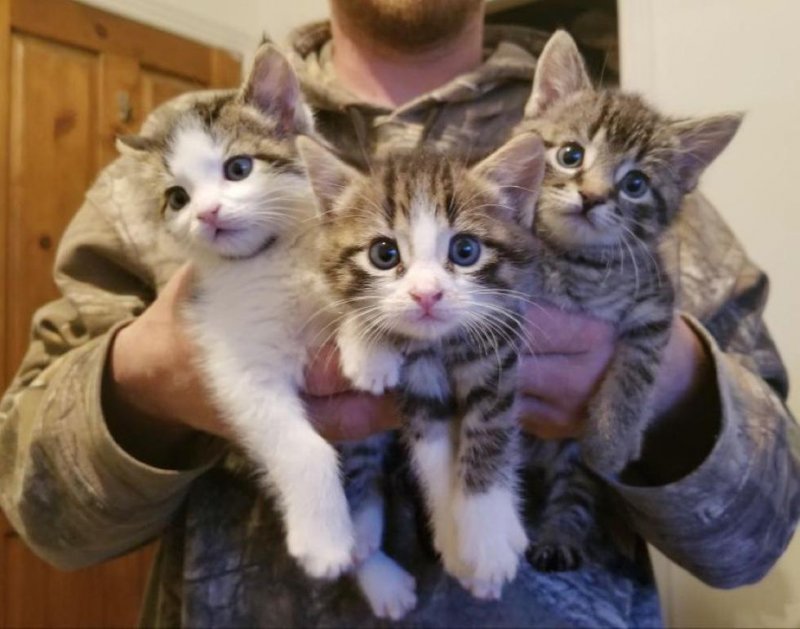 In the meantime, the kittens from the previous litter had grown up and it was time to look for owners for them. A family was found for one kitten, however, the couple refused to be separated from their two remaining brothers, Trunks and Runty. 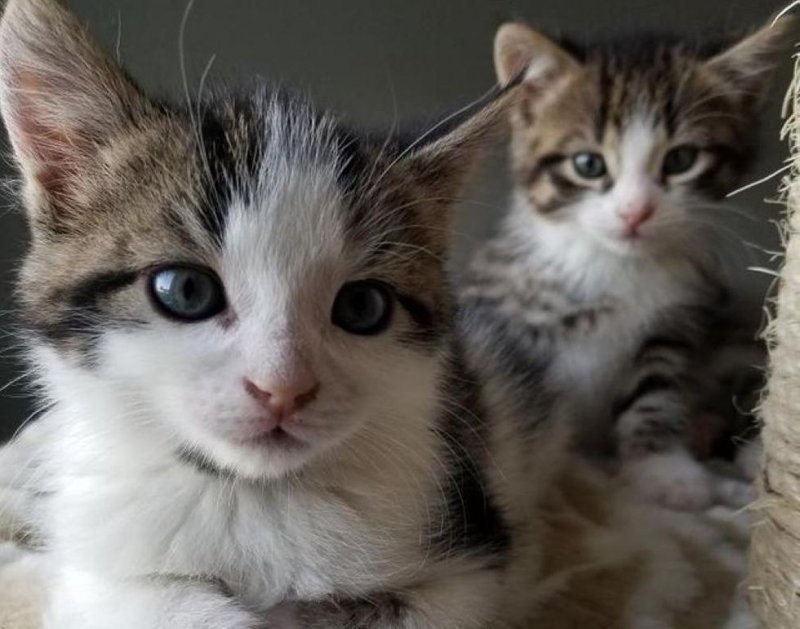 They became so attached to these little ones, and saw how close they were to each other, that they couldn’t part with them. Now the two fluffy ones live with the couple, are friends with their dog, and make them happy every day! 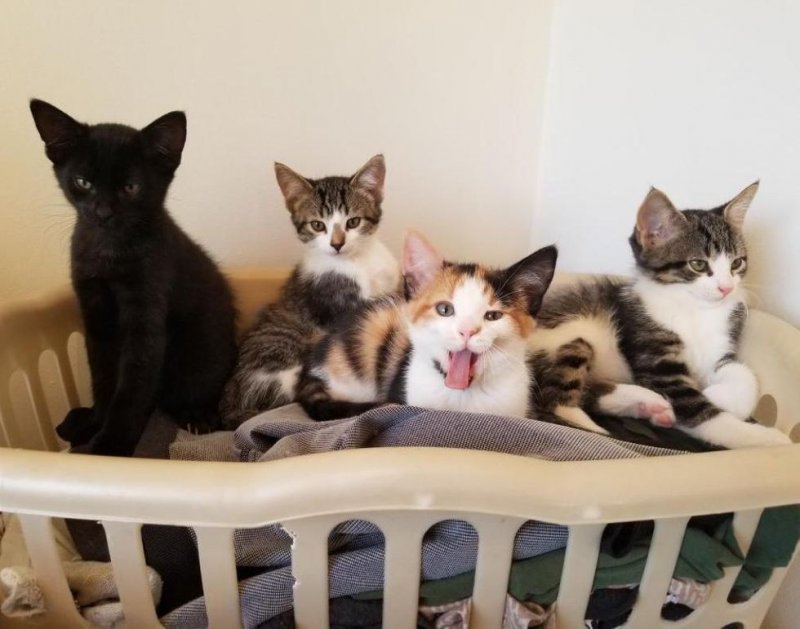 The couple continued to care for the four babies until they were grown – when the babies were old enough, the couple also found homes and new families for them. 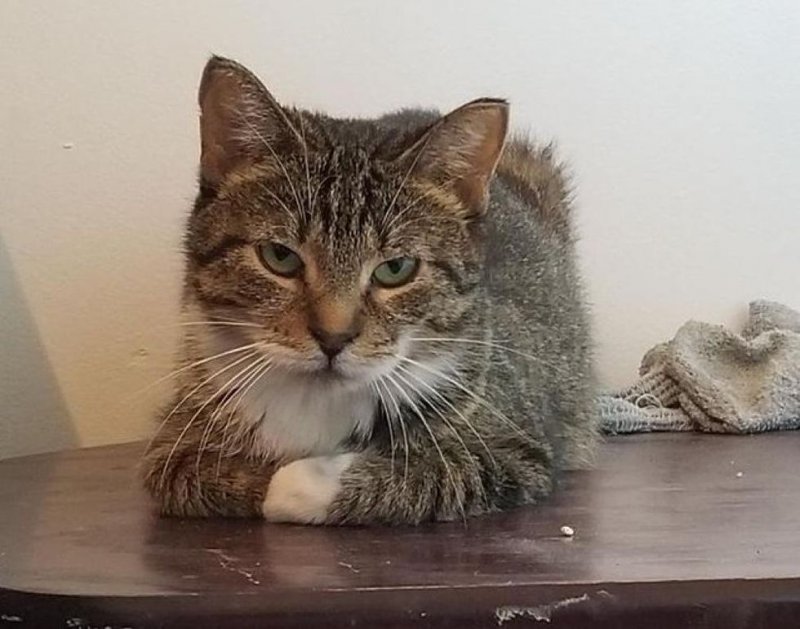 The mother cat also found permanent owners, having been spayed and vaccinated beforehand. All the members of the feline family are now happy, and enjoy every day around people who care about them! 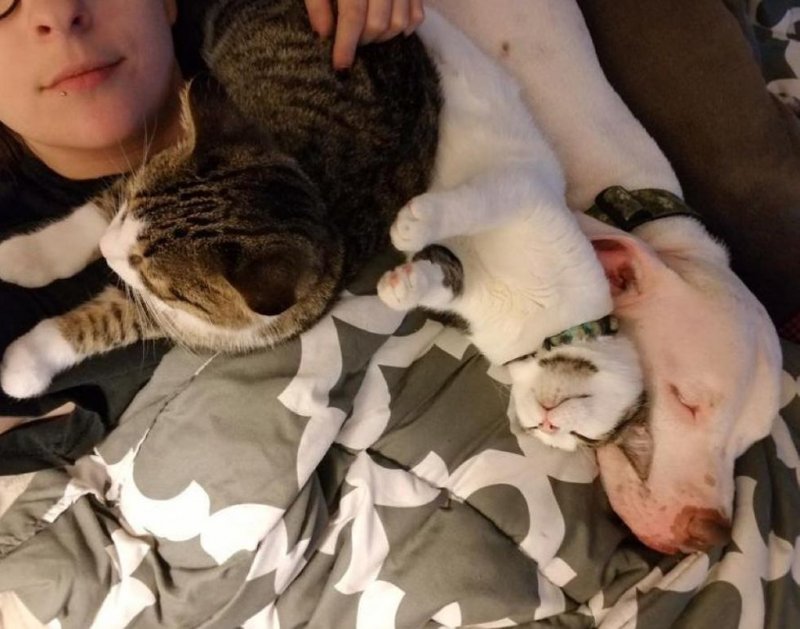 And this is what the two kitten brothers the couple kept look like now: 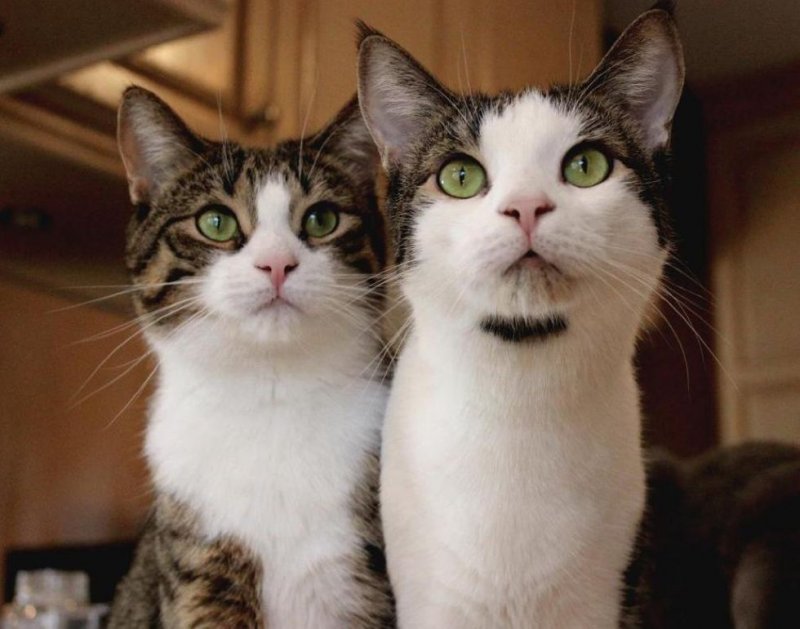 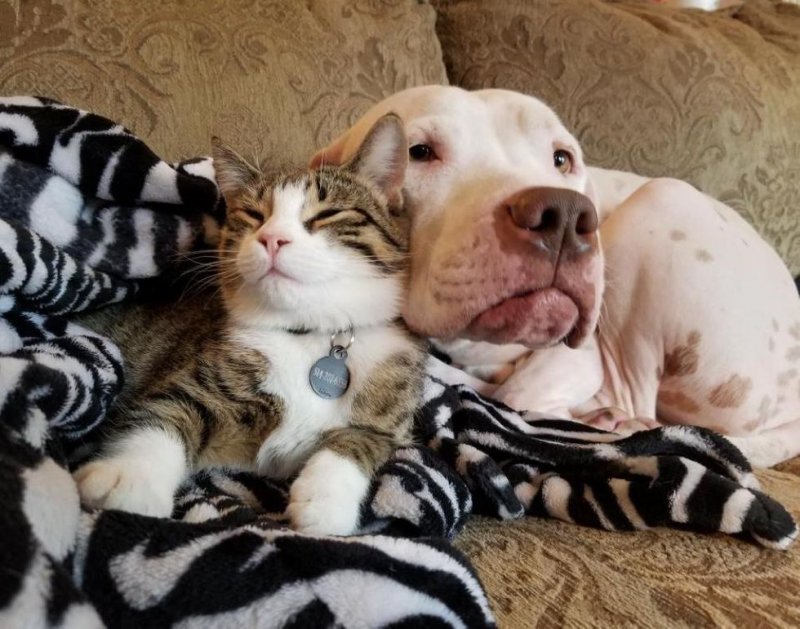