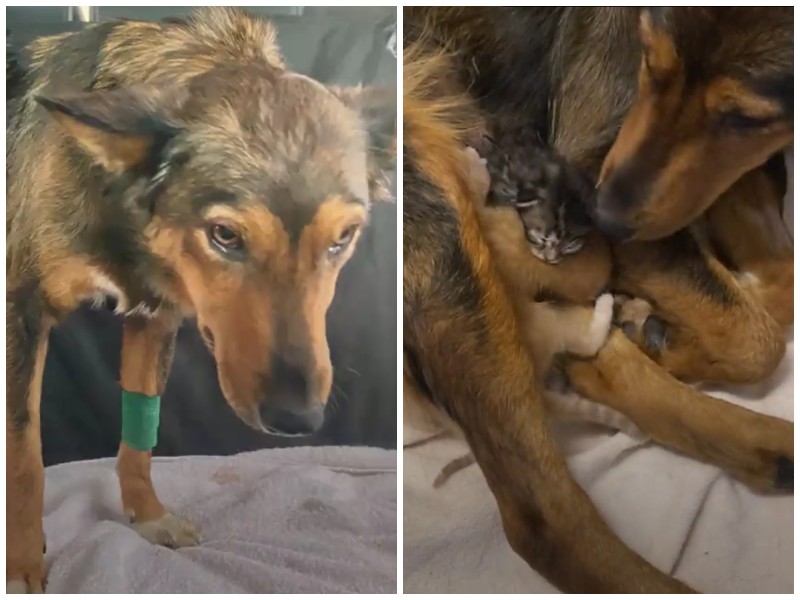 The puppies of a stray dog named Milo did not survive, but after giving birth the dog kept looking for them, not understanding why its babies were not around. The guardian couldn’t bear to watch, so she decided to look for other puppies. She didn’t find any puppies, though.

A pregnant dog named Milo was picked up on the streets of the American city of Phoenix in a sad state. The dog was lucky enough to be in the good hands of the staff at Sunshine Dog Rescue. The mutt was weak and emaciated, and when it was time to give birth, volunteers prepared for the worst… 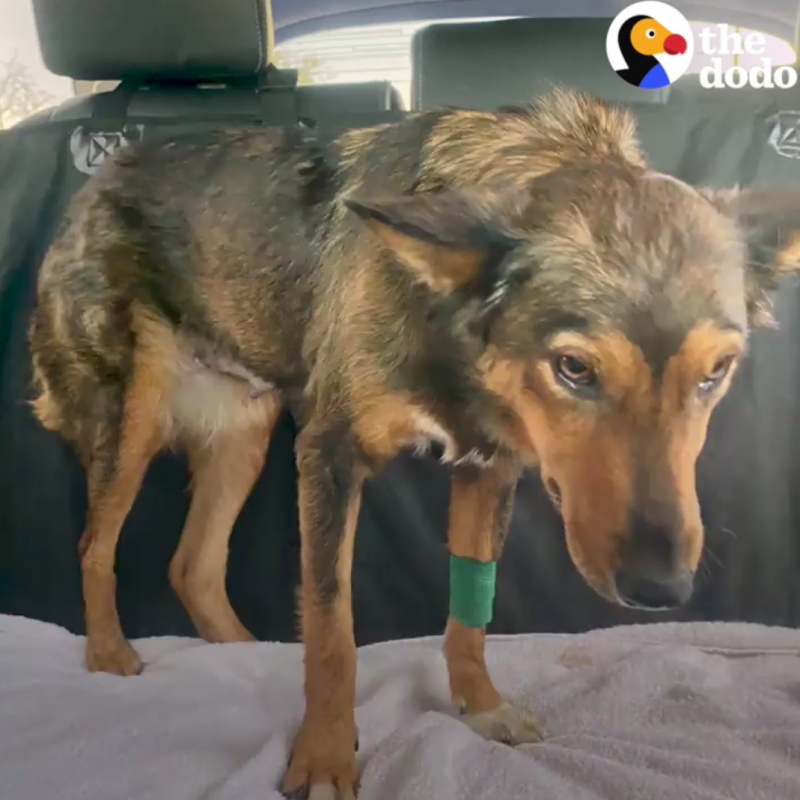 Unfortunately, none of the pups survived. After giving birth, mommy restlessly searched for the puppies, not understanding why they were not near it. Milo had very strong maternal instincts. Seeing this, a guardian of it named Anita couldn’t watch quietly. She decided to look up little puppies who might be in need of a mother. 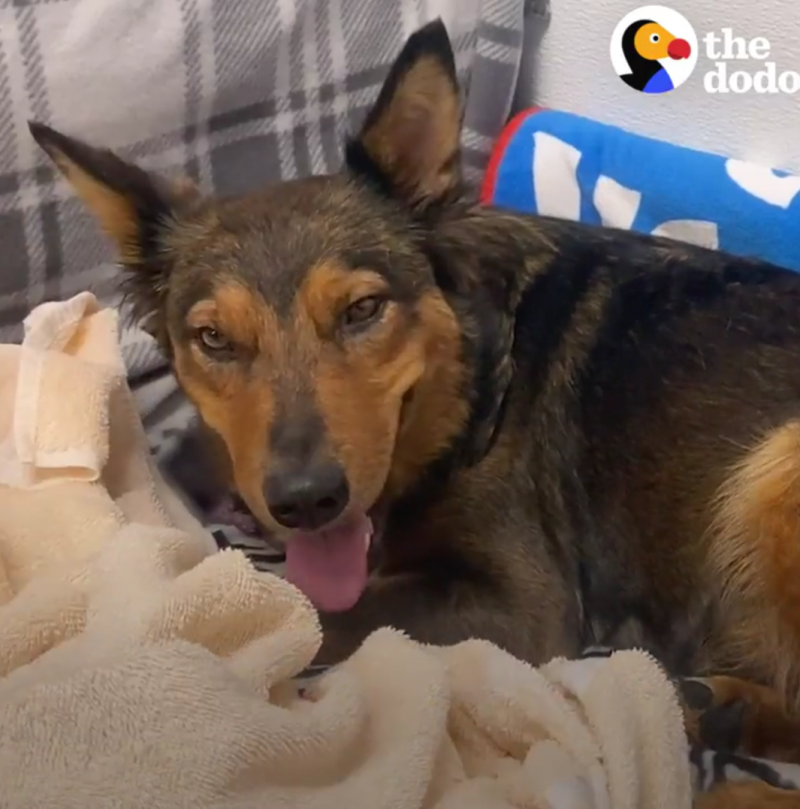 Anita couldn’t find any ads with puppies, but she found a lot of kittens who were left without a mother. Then she decided – why not give it a try? She took three kittens who needed their mother’s milk and care and introduced them to Milo. 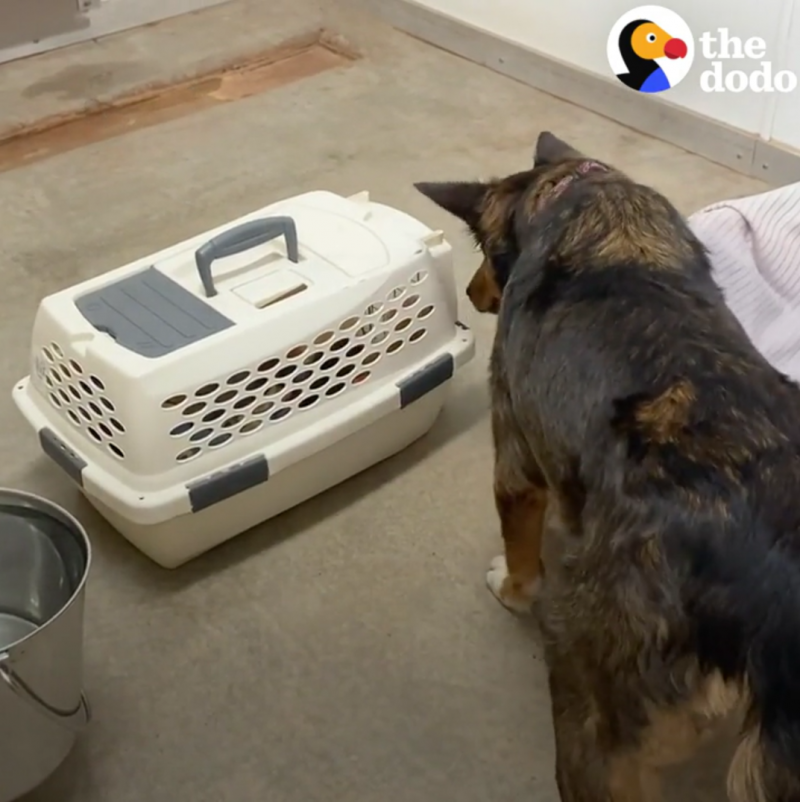 She was worried about how the dog would react, but her worries were in vain – when the dog heard the kittens squeak, it rushed to them. The dog was very gentle and careful with them – licking, sniffing, and giving its love. Later the kittens began to drink its milk. 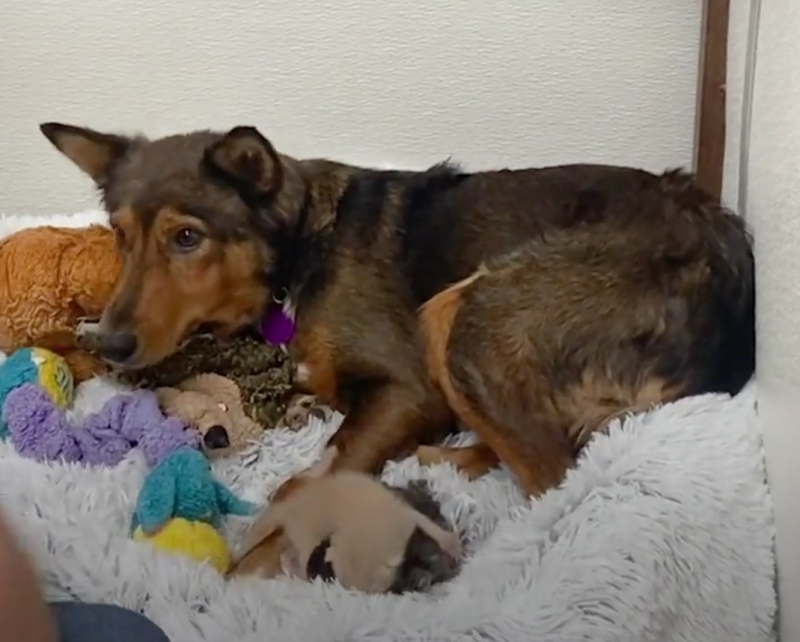 The whole shelter team was happy – Milo had babies that it took care of, and the kittens found a loving and attentive mother. Milo developed a special bond with one of the kittens – it never took its eyes off it. If it crawled away from the cot, it would immediately go and bring it back. Other kittens were not neglected by Milo either. 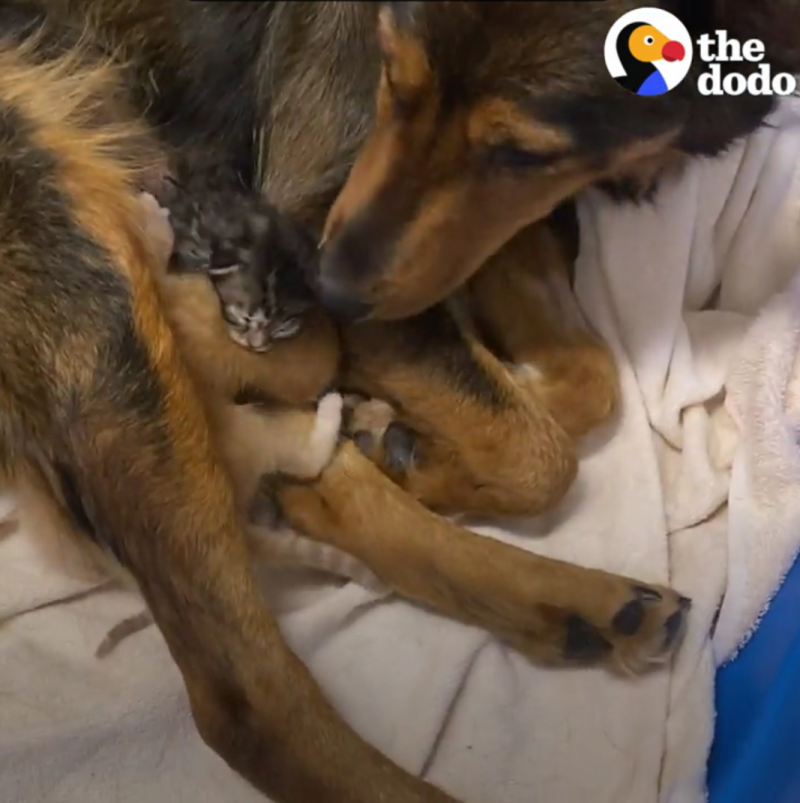 As the kittens grew older, volunteers started looking for families for them and Milo. One family was interested in Milo, and when they found out how close it was to one of the kittens, they decided to take both the dog and the kitten! That’s how Milo and one of its babies found a loving home. 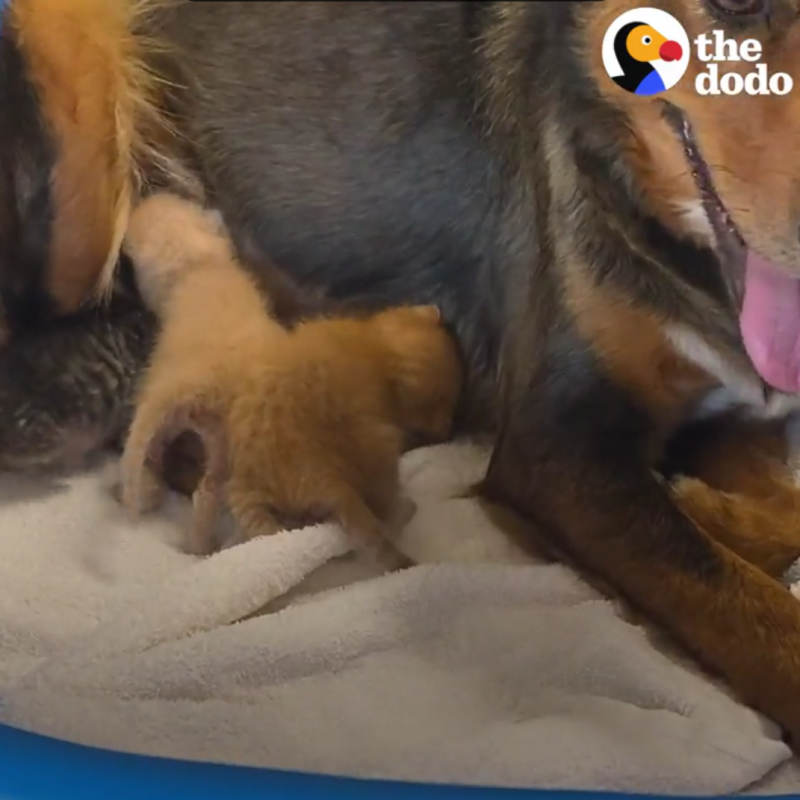 The other two kittens also found owners, and now they all live happily in love and care. At one time, none of the shelter staff could have imagined such a happy outcome! Many thanks to the kind people who gave these fluffy kittens a new life! 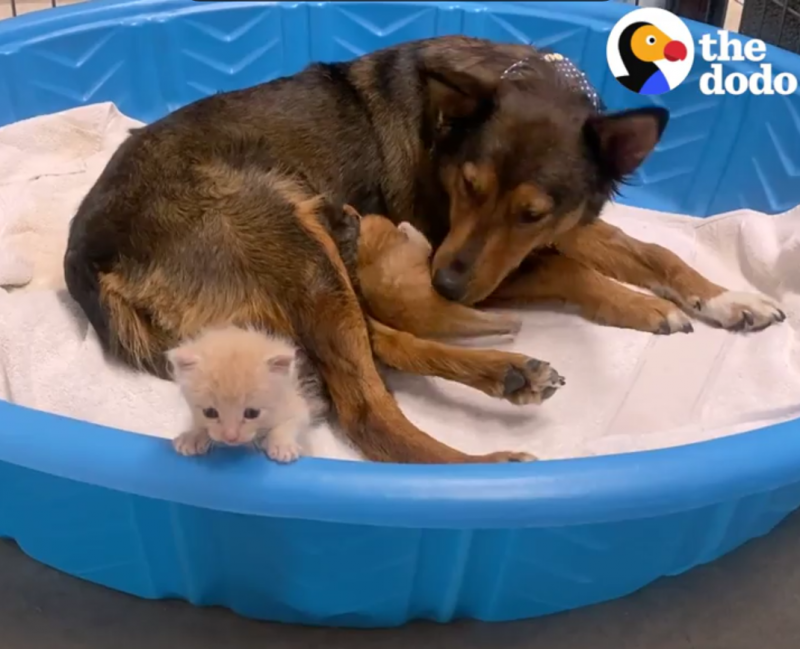