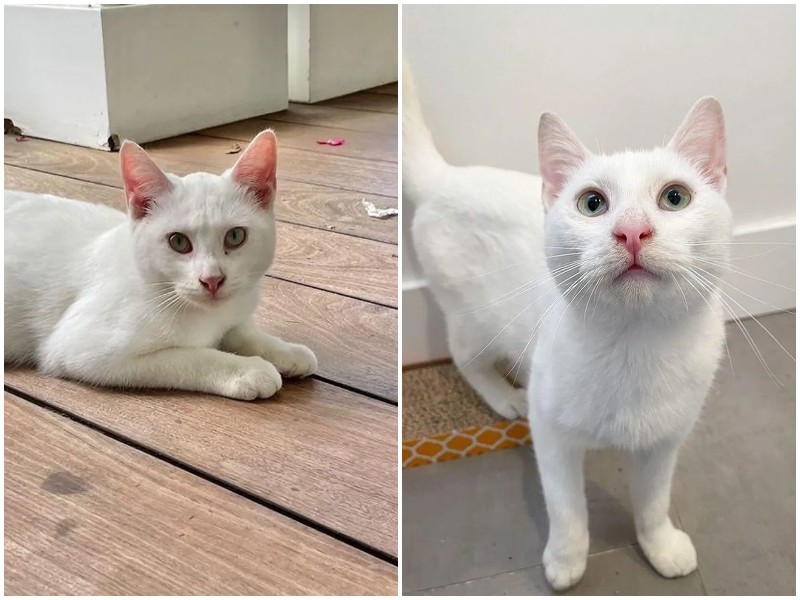 A Los Angeles family recently spotted this stray cat in a nearby park. Every time they came there, the kitty was there and watched from afar. However, it was very timid and wouldn’t let anyone near it… 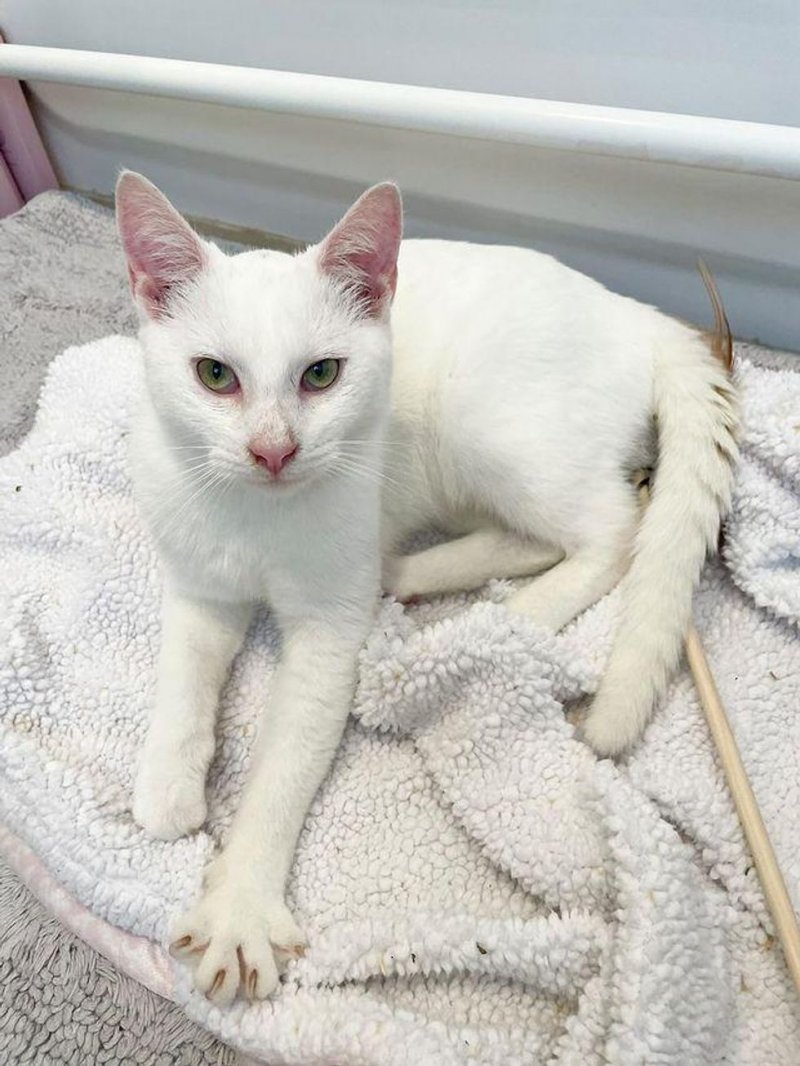 The family (mom and two children) greeted the cat in the park every time, but as soon as they tried to approach it, it ran away. But one day the cat surprisingly gained courage. When the family went home from the park, the cat followed them. 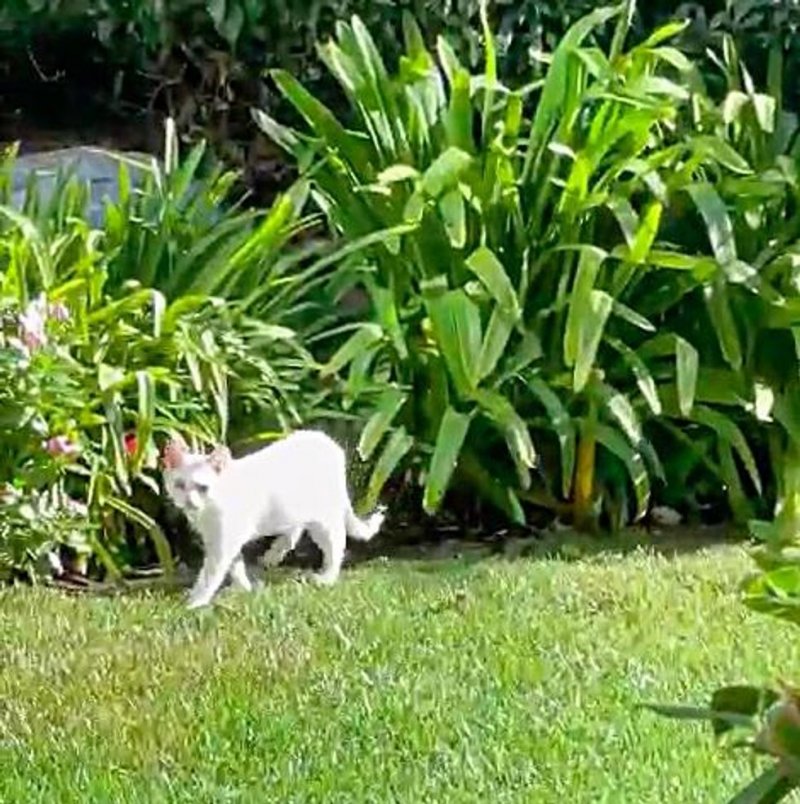 The cat followed them all the way home. Then the family fed it and left the water, which the guest was very grateful for. The children gave it the nickname Snowy for its beautiful white fur. Since that day, Snowy has been a regular guest of the family’s yard. 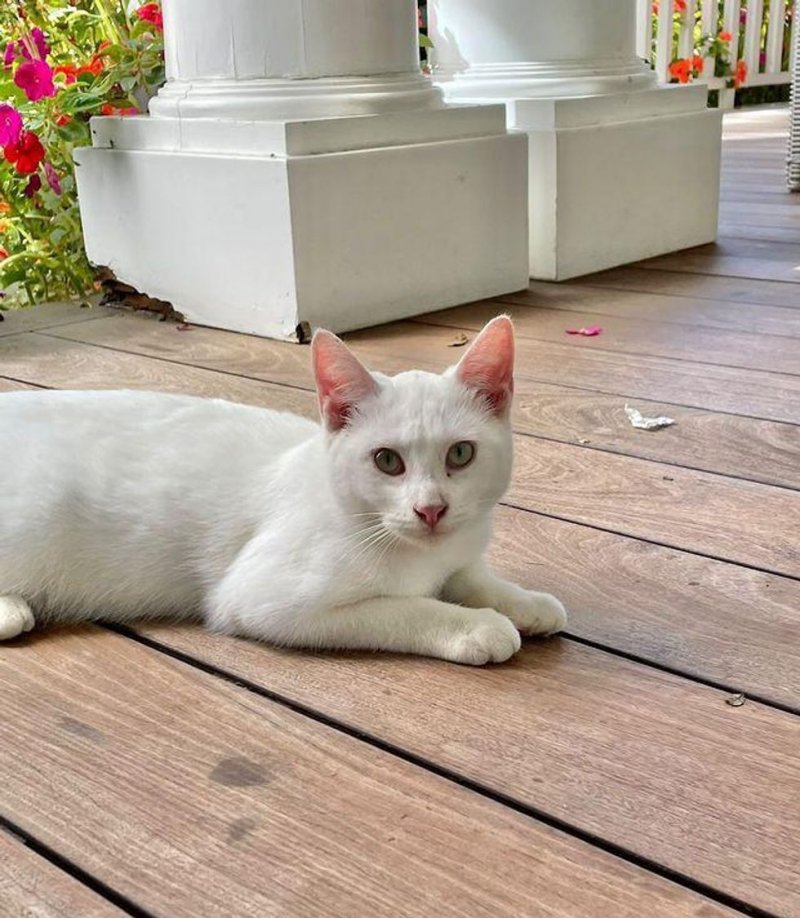 Soon the cat became kinder to people, began to come closer, and even allowed itself to be petted. The family could not keep the animal but decided to help the cat. The hostess of the house contacted the Baby Kitten Rescue shelter, and they agreed to take the cat. 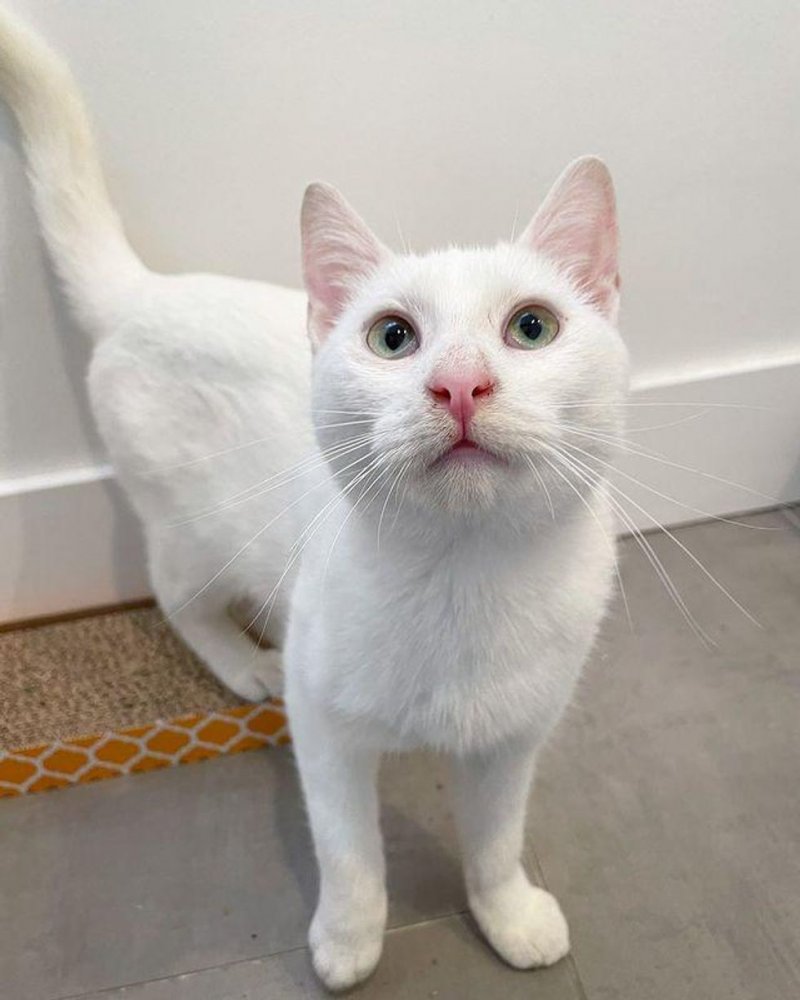 Veterinarians have determined that Snowy is about six months old. It turns out that some residents have already tried to find its owners, but no one has shown up… Later, one of the shelter’s volunteers took the kitty to his home for temporary care. 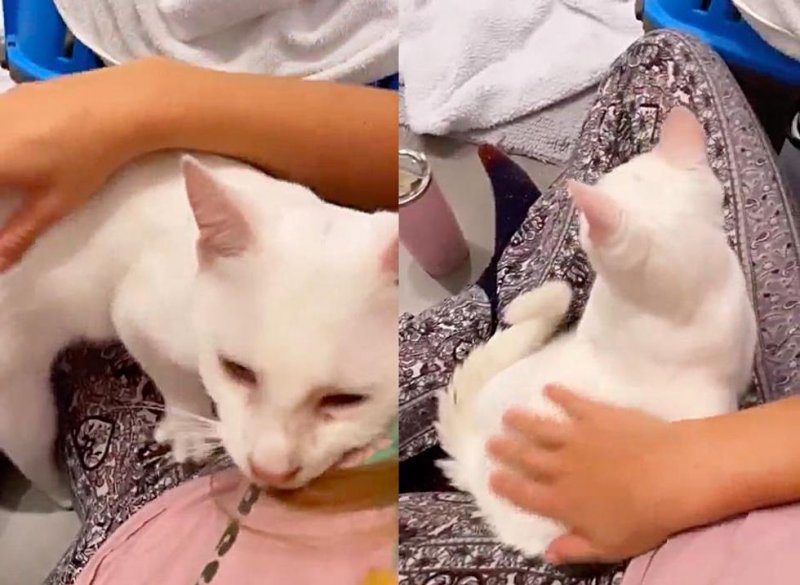 Snowy turned out to be a very sweet, affectionate, and grateful kitty. It liked to lie on its guardian’s lap for a long time and purr loudly. Now they are looking for owners for it – and we are sure that this beauty will find a better home! 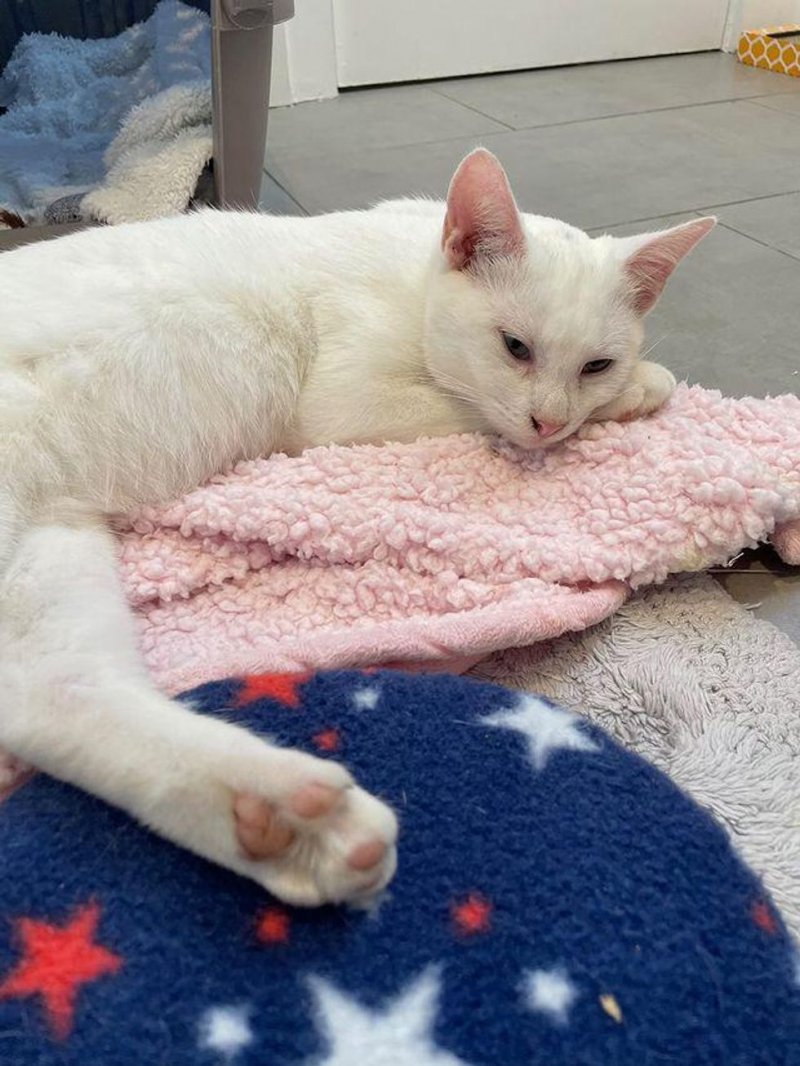